2016 Mazda 3 revealed ahead of August launch

One of Australia’s best-selling small cars is set to become even more attractive to buyers with Mazda today announcing that an updated Mazda 3 is only weeks away from arrival.

As well as styling tweaks and other improvements, the Mazda 3 will be the first in the range to receive the firm’s innovative but oddly named G-Vectoring Control (GVC), created to improve the experience and ride for drivers and passengers. 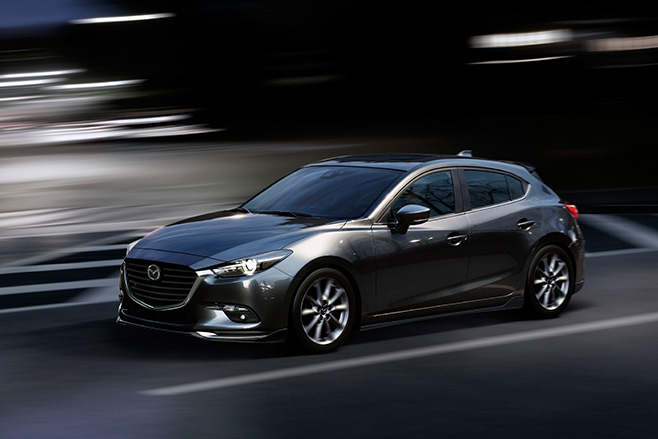 In what Mazda is calling a world first, the new system means the engine’s output and the car’s chassis will both respond directly to what’s happening through the steering wheel. Where passengers would traditionally be swayed from side to side on a particularly twisty piece of road, GVC technology alters the acceleration forces, putting a more balanced load on each wheel through a corner and reducing the gyroscopic forces felt inside.

GVC is the first in a series of newly announced technologies from the Japanese firm which it is calling its Skyactiv-Vehicle Dynamics Series – or to use Mazda’s exact words: Jinba-ittai; a sense of oneness between the car and its driver. 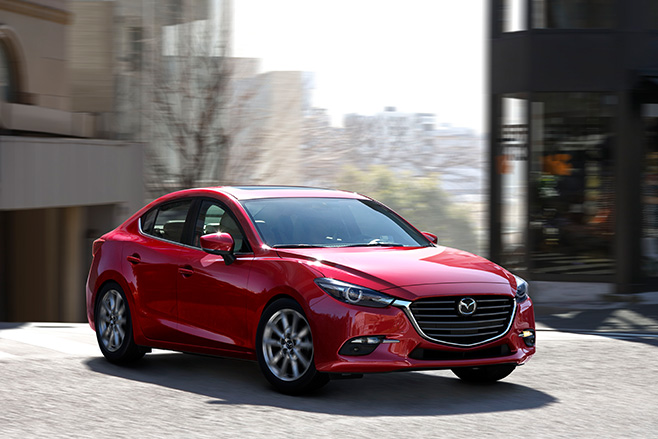 Mazda claims the addition will reduce the need for steering corrections by bringing the car’s movements closer to those intended by the driver, inspiring greater confidence behind the wheel and making the driving experience more engaging.

The updated Mazda 3 will also boast the company’s new road-sign recognition technology, which is designed to identify changing speed limit zones and alert the driver. Equipped also with Mazda’s Smart City Brake Support, the car is now capable of detecting pedestrians and other vehicles. New adaptive headlights round out the improved detection technology. 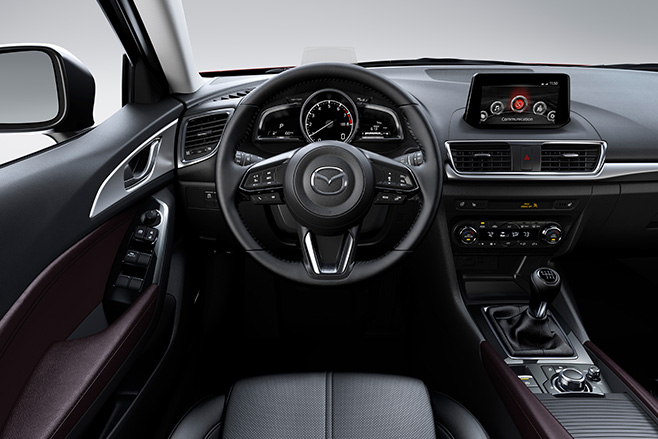 The car was released in Japan today with addition of two new diesel engine options joining the two petrol engined options, but Mazda Australia is keeping tight-lipped on the Aussie-bound specification until its official Australian launch – slated for Thursday, 28 July.

The good news is Australian buyers won’t have long to wait after its official Down Under launch: the updated Mazda 3 is expected to hit dealerships just a few days later, on 1 August.

Given the car’s already strong sales performance, Mazda Australia is excited about the update with spokesperson Karla Leach saying: “It’s about keeping a successful vehicle relevant and fresh without deviating from the recipe. It shows that technology like this doesn’t have to be limited to high-end cars, there’s really advanced technology at a very accessible price point.”