BMW has previewed its next crossover at the Paris Motor Show, with the Concept X2 hitting the stands to show off BMW’s vision for a sleeker alternative to the X1 compact SUV.

It may officially be a styling exercise for now, but behind the Concept X2’s exaggerated proportions (scope that oversized kidney grille and 21-inch wheels), lies the basic concept for the sixth member of BMW’s ever-growing SUV family. 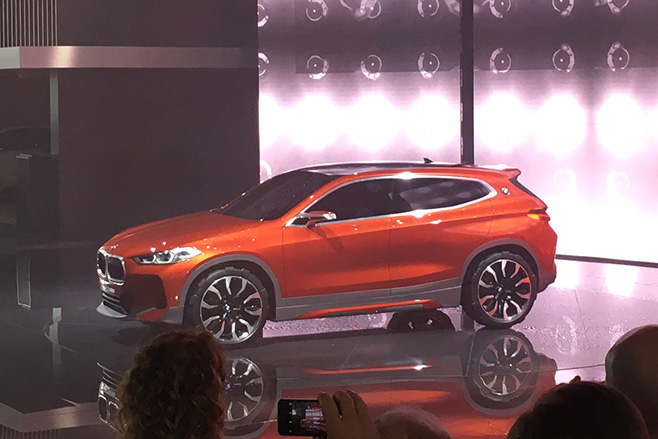 Camouflaged prototypes of a jacked-up BMW hatchback have been spied before, with a tapering roofline, shallowly-raked windshield and short glasshouse all hinting at the car’s role as a style-focused companion to the BMW X1. While it’s not quite as swoopy as the fast-backed BMW X4 and X6, the BMW X2’s absence of a D-pillar and uncluttered profile gives it a slightly more elegant look than the conventionally wagon-bodied X1.

BMW has also gifted the Concept X2 with some cool retro throwbacks, like the small BMW emblems on the C-pillars that recall the classic E9 coupe and the elongated Hofmeister Kink that links the beltline with the C-pillar. The latter will likely feature on the production car, the former we’re not so sure about.

You can bet those 21-inch alloys won’t be rolling down the production line though, and proper door handles will also find their way onto the showroom-ready X2’s sheetmetal. As for the cartoonishly big front grilles? They should get a more restrained look too. 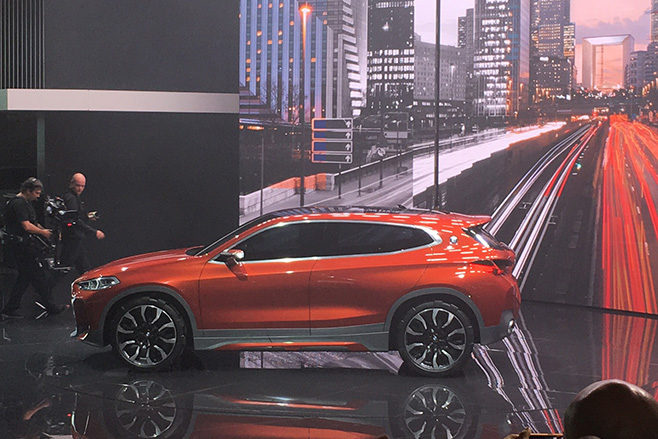 BMW makes no claims about the Concept X2’s powertrain, but the production car – which will be built on the same transverse-engined platform as the X1 – will likely be available with a range of 1.5-litre three-cylinder and 2.0-litre four-cylinder diesel and petrol engines. An eight-speed auto will be the default transmission, with both front- and all-wheel drive available.

In the future, a hotter M-Sport variant may also join the range to give the X2 the performance credentials to back up its more athletic bodywork.