FORD has plugged a gaping hole in its mid-sized SUV range by announcing an expanded line-up for the upcoming Ford Escape that replaces the underperforming Kuga from February 2017.

Ford will add a front-wheel-drive Trend version of the Escape, priced from $32,990 – bang in the sweet spot of the popular SUV category.

The new model boosts the Escape range to eight models (one more than previously) that now start from $28,490, representing a $760 saving on the price of admission to a category Ford has underperformed in. 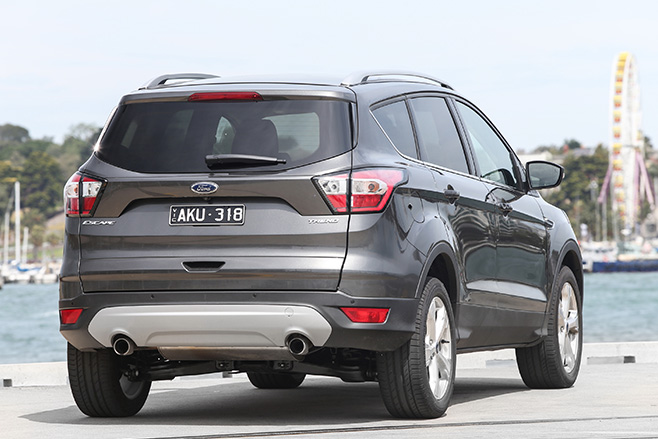 “That new variant is going to play in the most highly configured configuration in the medium SUV segment,” Ford Escape product marketing specialist Allen Fong said.

He said the simple addition to the model range would increase Ford’s coverage of the segment from 28 percent to 92 percent. “We think that will do very well for us in terms of broadening our coverage of the medium SUV segment.”

Ford says the Escape will be between $200 and $900 cheaper than the equivalent Kuga when full details are announced closer to the launch early next year.

Key to the change is allowing customers to get more features – including auto headlights, rain-sensing wipers and 18-inch alloy wheels – without having to step up to a bigger engine and a four-wheel-drive system that many won’t need or use. 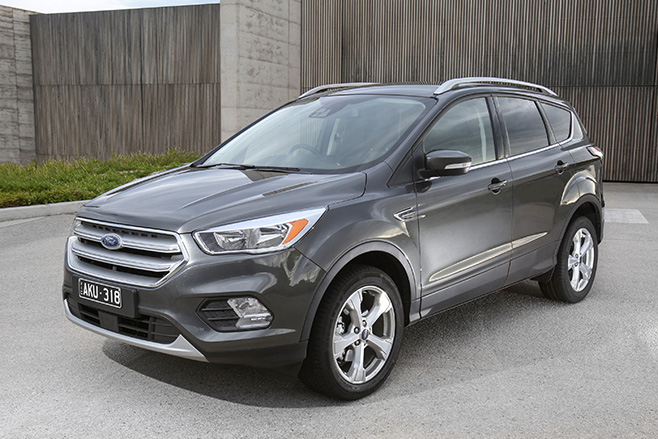 Previously, only the base Ambiente was available with the 1.5-litre four-cylinder turbocharged engine used to power the front wheels.

That 1.5-litre makes 134kW when connected to the six-speed auto transmission most buyers choose.

As with the Kuga it replaces, all Escapes will get dual-zone climate control and satellite navigation as well as Sync 3, Ford’s latest connectivity system that incorporates Apple CarPlay and Android Auto.

Ford Australia chief executive and president Graeme Whickman said he believed the Escape would grow market share, something it needed to do in a segment it had underperformed in.