The Kia Rio has outgrown its youthful first-car guise to become a stately Euro-styled hatch with a host of premium options that should earn it broader appeal.

After carefully releasing the flow of information about its all-new Rio hatchback, Kia has opened the floodgates to reveal full specs and pics ahead of its official launch at this month’s Paris Motor Show.

Due to hit Australian showrooms in January, the new Rio is bigger than the current model and, like the new Hyundai i30, has found straighter, European lines to broaden its appeal.

The front has the Korean company’s characteristic Tiger grille, but it is narrower than the previous model but with a wider smile that leads to new-look headlights with U-shaped LED running lights. It has a lower roofline, but all other dimensions have increased a little – it’s length grows by 15mm to 4065mm, width increases by 5mm, and the distance between the front and rear wheels widens by 10mm. 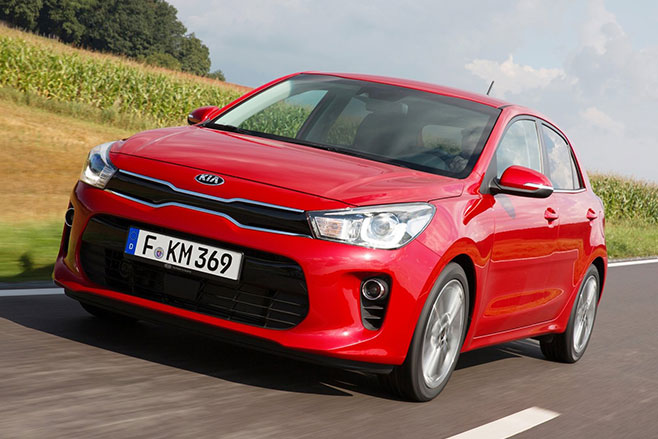 The cabin offers more storage space than before, including a centre console with open double storage tray for mobile devices – an improvement from the previous model. It will be surrounded by seats available in a choice of black or grey cloth seat upholstery, or with black or grey fake leather. A ‘Red Pack’ will give buyers black with red fake leather-trimmed seats.

Boot space also grows 37-litres from 288 litres to a reasonably practical 325 litres which can be expanded via the split-folding rear seats. 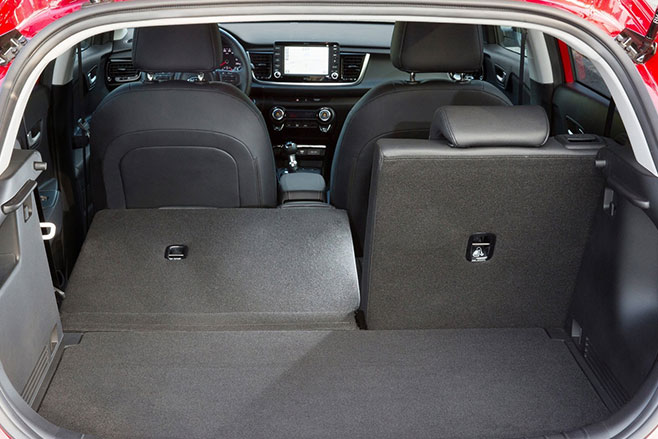 The new Rio features a split-level boot floor, which enables owners to change its height so you can store items under it to prevent them rolling around, or keep them out of sight. If you want a spare tyre you’ll have to pay extra or make do with a tyre mobility kit that comes as standard.

The Rio will be sold as a five-door model in Europe, with no word on whether there will still be a three-door version available here.

The Kia Rio has always been a good budget new-car buy, but now its new premium looks will be matched by plenty of optional new technologies such as advanced driver assistance systems and connectivity. 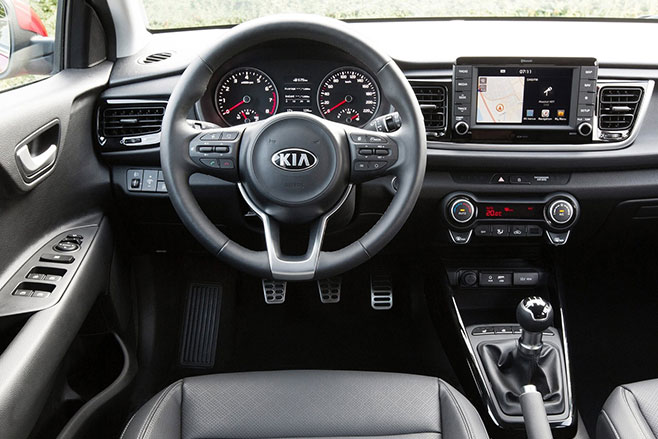 This includes Autonomous Emergency Braking (AEB) with pedestrian recognition and lane departure warning. There will also a park assist option.

Infotainment will be controlled via a 5.0-inch ‘floating screen’ that sits outside dashboard, with an option for a 7.0-inch screen. The new media system supports Apple CarPlay and Android Auto, and Kia’s new Connected Services (optional), powered by TomTom, which includes live traffic updates and alerts, and weather forecasts.

Engine options are yet to be conformed for Australia, though the 1.4-litre petrol available in the current range will remain, mated to a four-speed automatic transmission or six-speed manual. 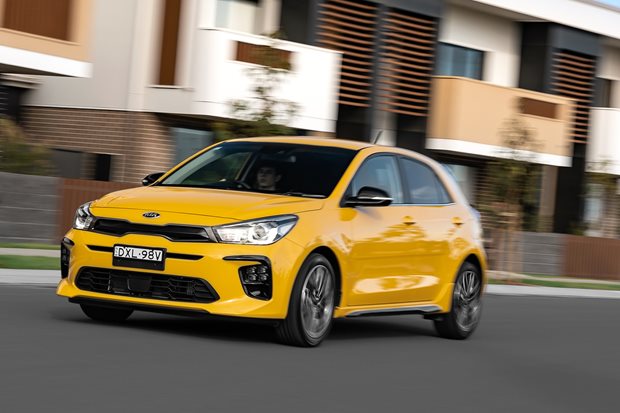 Nicely weighted steering helps you feel good behind the wheel of the mostly new Rio. The Kia city hatch does a lot with your phone, is comfortable, and has a seven-year warranty.