The Mazda 2 has received an upgrade that’s short on aesthetic changes but brings class-leading technology across the range that could be just enough to make a good little car great.

Autonomous emergency braking in the form of Mazda’s Smart City Brake Support (SCBS) has trickled down from the range-topping model as standard across all levels. 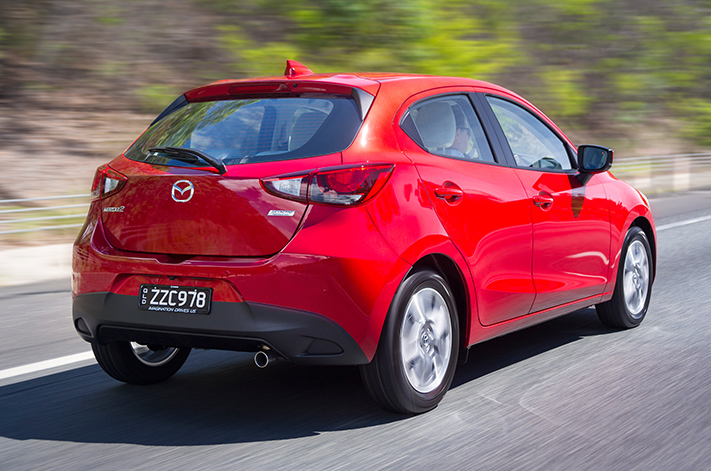 SCBC works in both directions, with SCBS-F (front) working at low speeds up to 30km/h with an infrared sensor used to detect a collision with a slower or stationary object. When this occurs it automatically applies the brakes to prevent a collision or limit the impact.

SCBS-R (rear) prevents reversing bingles by stopping the car if it senses you’re about to back into something at up to 8km/h.

The new Mazda 2 range also features handling-enhancing G-Vectoring Control (GVC) which adjusts torque delivery to the front wheels to sharpen turn-in response for a more stable ride. This is further improved by new dampers which absorb bumps and potholes to make sitting in the rear seats a more pleasant experience. 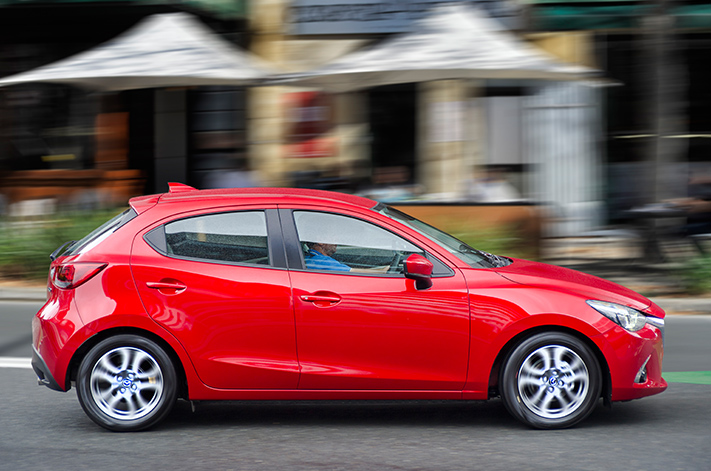 Mazda has also addressed one of the few bugbears of the Mazda 2, road noise, with improved Noise Vibration and Harshness (NVH) suppression.

The Mazda 2 range has been extended to four main variants including the entry-level Neo, Maxx, hatch-only Genki and the new GT range topper.

The GT’s points of difference are mostly inside with a series of bold style enhancements over the Genki plus unique 16-inch alloy wheels. Both models share premium features including daytime running lights, auto folding power mirrors, rain-sensing front wipers and blind spot monitoring. 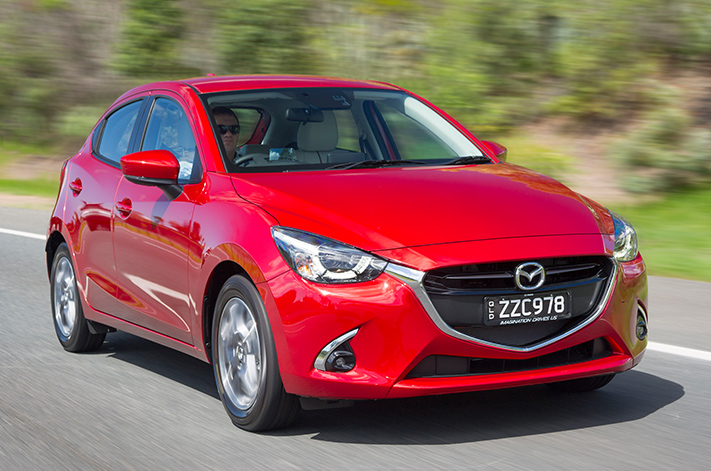 The word facelift would be an exaggeration for the subtle exterior changes, most of which have been applied to the two upper-spec models including the addition of shark fin antenna, LED foglamps surrounded by chrome-plated bezels and grey metallic grille garnish.

Interior changes across the range include colours and materials and a redesigned steering wheel with more intuitive switch layout. 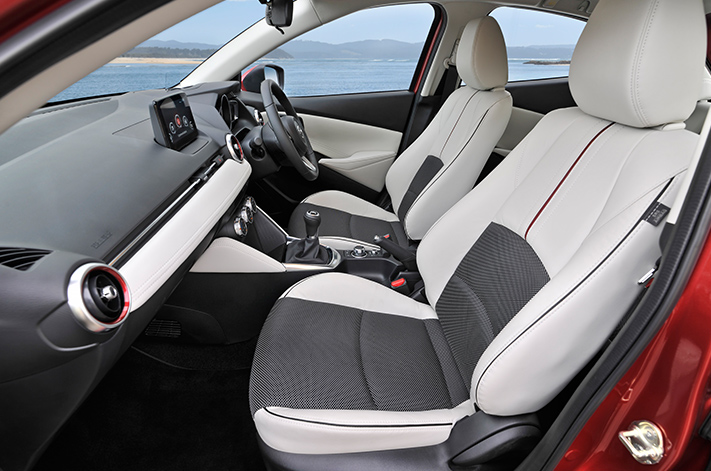 The active driving display in the upper-spec models, which includes the trip computer, is now easier to see than the previous monochrome version particularly in bright sunlight.

The Neo and Maxx now have electric folding mirrors with the latter also gaining DAB+ radio. Reversing camera is still optional in the Neo.

Other additions across the range include rear grab handles and rear heater vents located under the front seats. 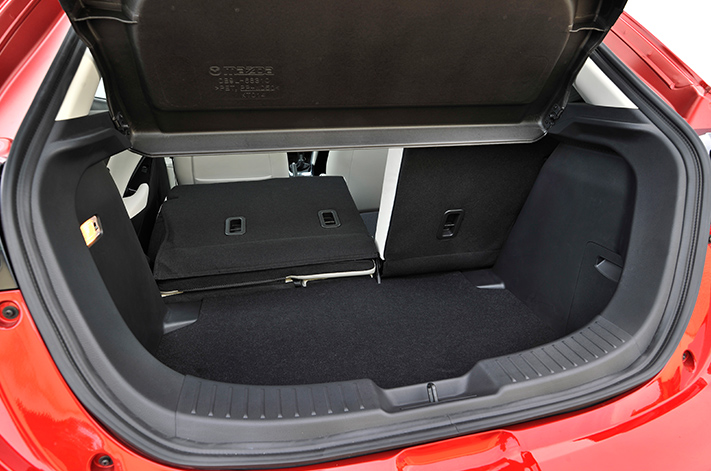 All Mazda 2 variants are powered by same 1.5-litre four-cylinder petrol engine in one of two states of tune; 79kW/139Nm for the Neo, and 81kW/141Nm for all other variants with a choice of six-speed manual and six-speed automatic transmissions which both make for a pleasurable ride.