Nissan has announced a substantial update for its 2017 Pathfinder including a new-look front end built around a revised 3.5-litre direct injection petrol V6 engine.

Available from the first half of 2017, the new Russian-built Pathfinder will also feature upgraded safety features including forward emergency braking, intelligent cruise control and Nissan’s Around View monitor with moving object detection. 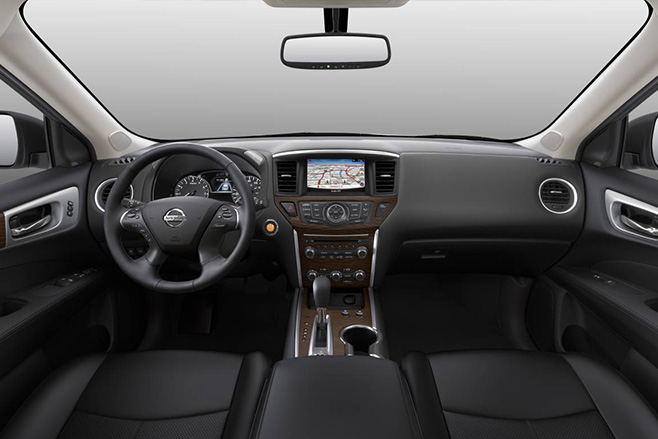 Another new feature will be the Motion-Activated tailgate, which you can open by waving your foot underneath the back of the car – very handy when you’ve got your arms full.

Additional infotainment and driver assistance information will be added to the Advanced Drive-Assist Display (ADAD) between the tachometer and speedometer.

There will also be new seat fabrics and interior finishes, plus added conveniences including cup holders shaped to accommodate mug handles and an illuminated front storage bin with second USB port.

All this will be propelled by the upgraded 3.5-litre V6 engine which Nissan says will provide more power and torque. It will feature more than 50 percent new or new-to-Pathfinder engine parts and a higher compression ratio of 11.0:1 (from the previous 10.3:1). 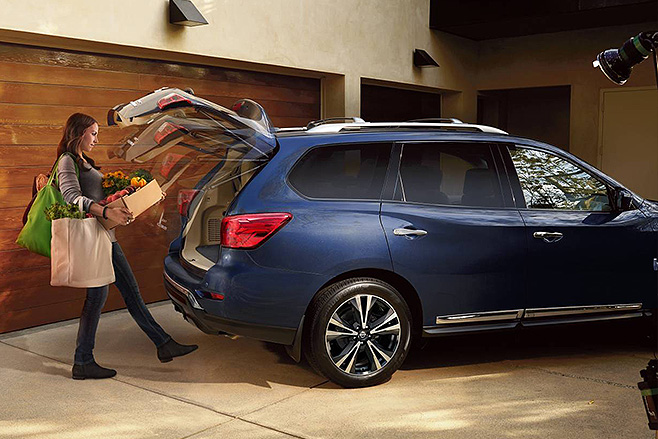 Mirror bore cylinder coating will reduce friction and also lower engine weight by just over a kilogram by eliminating the need for a heavy cast-iron cylinder liner.

The seven-seat MY17 Pathfinder will be available in two-wheel drive and four-wheel drive configurations and a choice of three grade levels.

Australian prices, specs and equipment levels will be announced closer to the time of its local release.