Images of the new 2017 Subaru XV have leaked out of Japan ahead of its scheduled unveiling at Geneva Motor Show.

The Japanese press have leaked images of the all-new 2017 Subaru XV a month before it was due to be officially revealed in Geneva.

Subaru has yet to confirm if the images of one of its most popular vehicles are real, despite being reportedly leaked from an internal document. 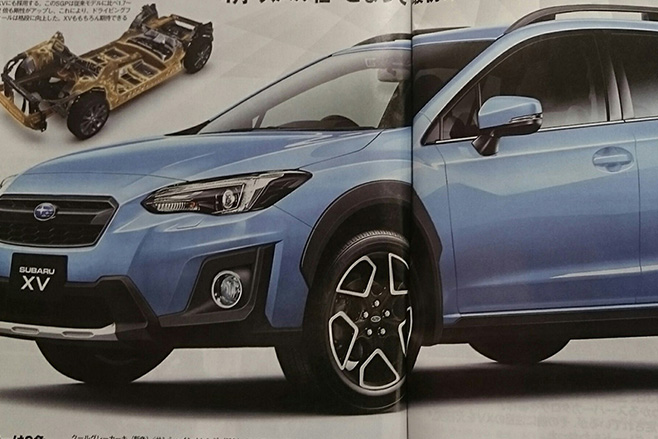 If these images are authentic they would confirm predictions that the Subaru XV’s appearance hasn’t changed dramatically.

Still based on the Subaru Impreza hatch, its design is fundamentally the same, with some additional body armour in the front and rear skid plates, and black bumpers, as well as a higher-riding suspension. 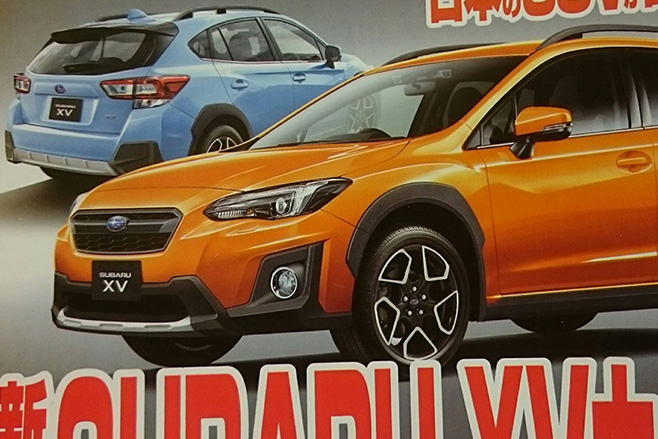 Its alloy wheels still wear a unique motif, although slightly redesigned from the existing generation.

The XV, in its Japanese guise, will feature a 1.6-litre 86kW engine and a 2.0-litre petrol 115kW engine similar to the one found in the new Impreza. We will likely only get the latter here in Australia. 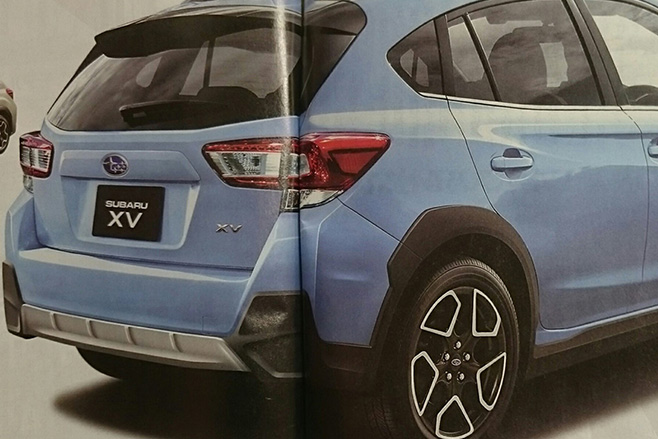 According to a translation of the pages, the XV is due to go on sale in Japan in April, and will be available in a variety of colours.

We also expect it to have a similar redesign to the new Impreza, with more space for storage and passengers, and upgraded safety and infotainment technology.

We do know, however, that the XV will feature Subaru’s scalable SGP platform, already seen in the new Impreza. This will improve suspension and safety according to the carmaker. It will also feature full-time all-wheel drive and, as a Subaru SUV, we can assume a full-size spare.