Jeep’s rival to the Mazda CX-5 will gain a subtle makeover, which includes more fuel efficiency under the bonnet

The 2018 Jeep Cherokee  will attempt to take the brand more upmarket, with the US off-road brand claiming a midlife makeover of the midsize SUV gives it a “more premium design”.

Few details accompany the images released overnight ahead of January’s reveal at the Detroit Motor Show, the premier car show on Jeep’s home turf. Only one sentence in Jeep’s press release leading up to the full show reveal offers any clues: “The most capable mid-size sport-utility vehicle (SUV) boasts a new, authentic and more premium design, along with even more fuel-efficient powertrain options,” it says. 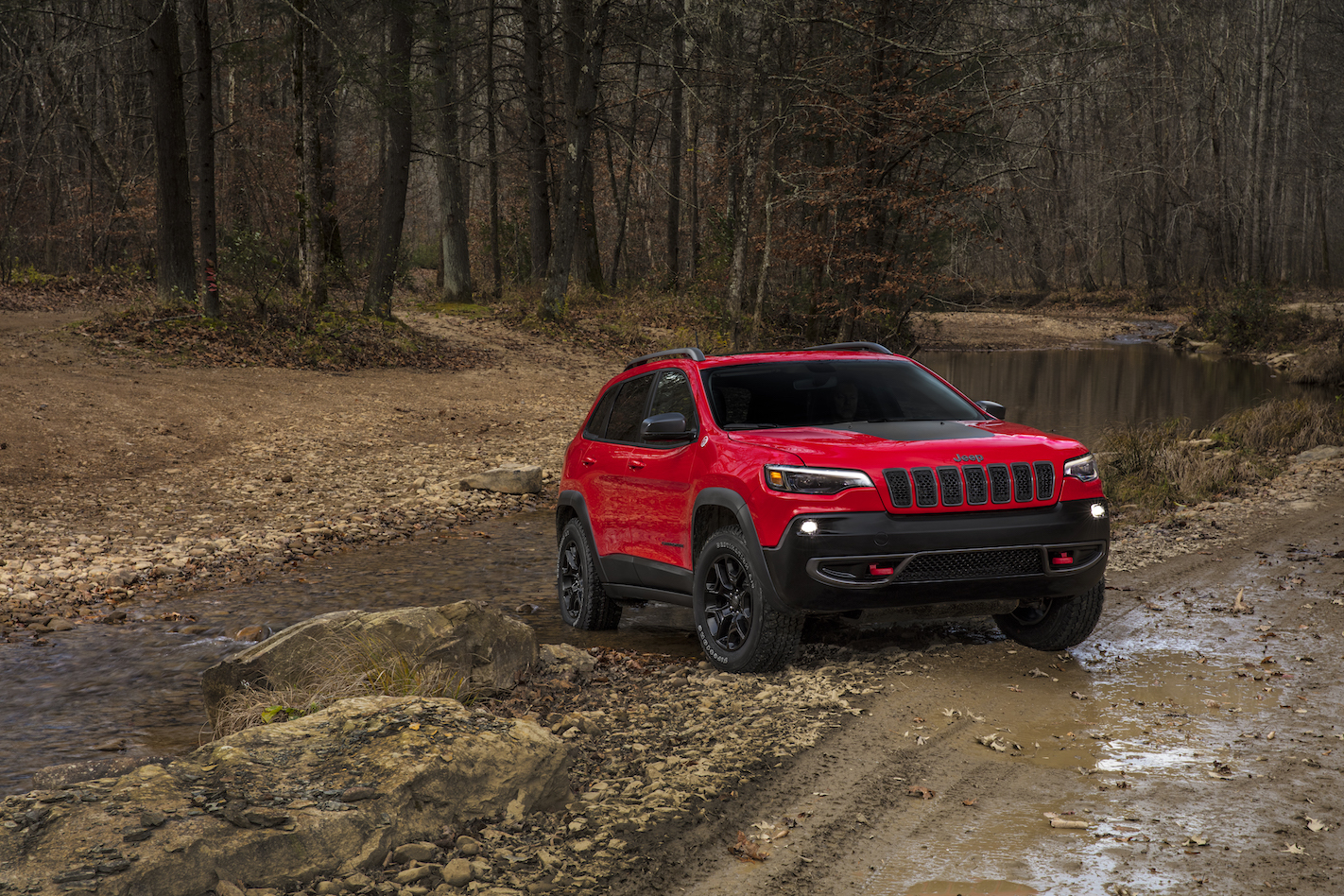 The most significant change is made to the Cherokee’s snout. The somewhat polarising – but potentially right for an SUV that had to find one way to stand out from the crowd – triple light stack that started with a slit-like strip on either side of a narrow trapezoidal bonnet has gone. In its place are more conventional, and potentially less expensive, single-lens headlights that sit much lower and allow for a more conventional, square bonnet.

There's a lower leading edge on the bonnet, which incidentally shows off the Jeep logo better than the current model, but features a significantly smaller looking waterfall version of the traditional seven-slot grille. The front bumper, framed in what look like much smaller LED-style fog lights and on the more off-road friendly versions tow hooks, is also deeper than before. 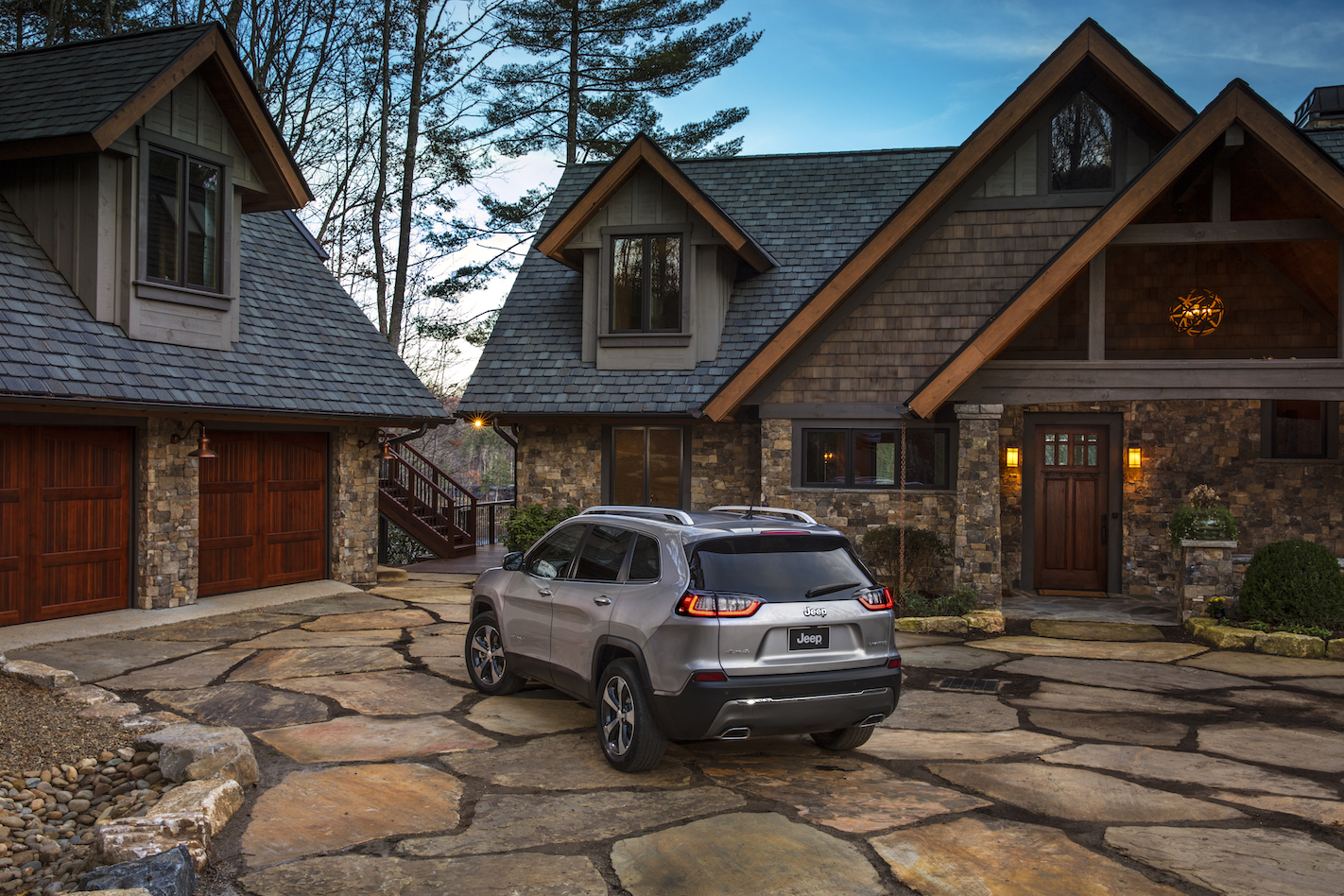 A radical change down the rear is raising the number plate from the bumper to the tailgate, helping to disguise some of the vertical slabiness of the Cherokee’s derriere.

In contrast, the interior looks as though it largely carries over from the car the fresh-look Cherokee will replace. However, the steering wheel is significantly updated to give a more premium finish that looks a lot cleaner than the chunky-buttoned version it will replace. 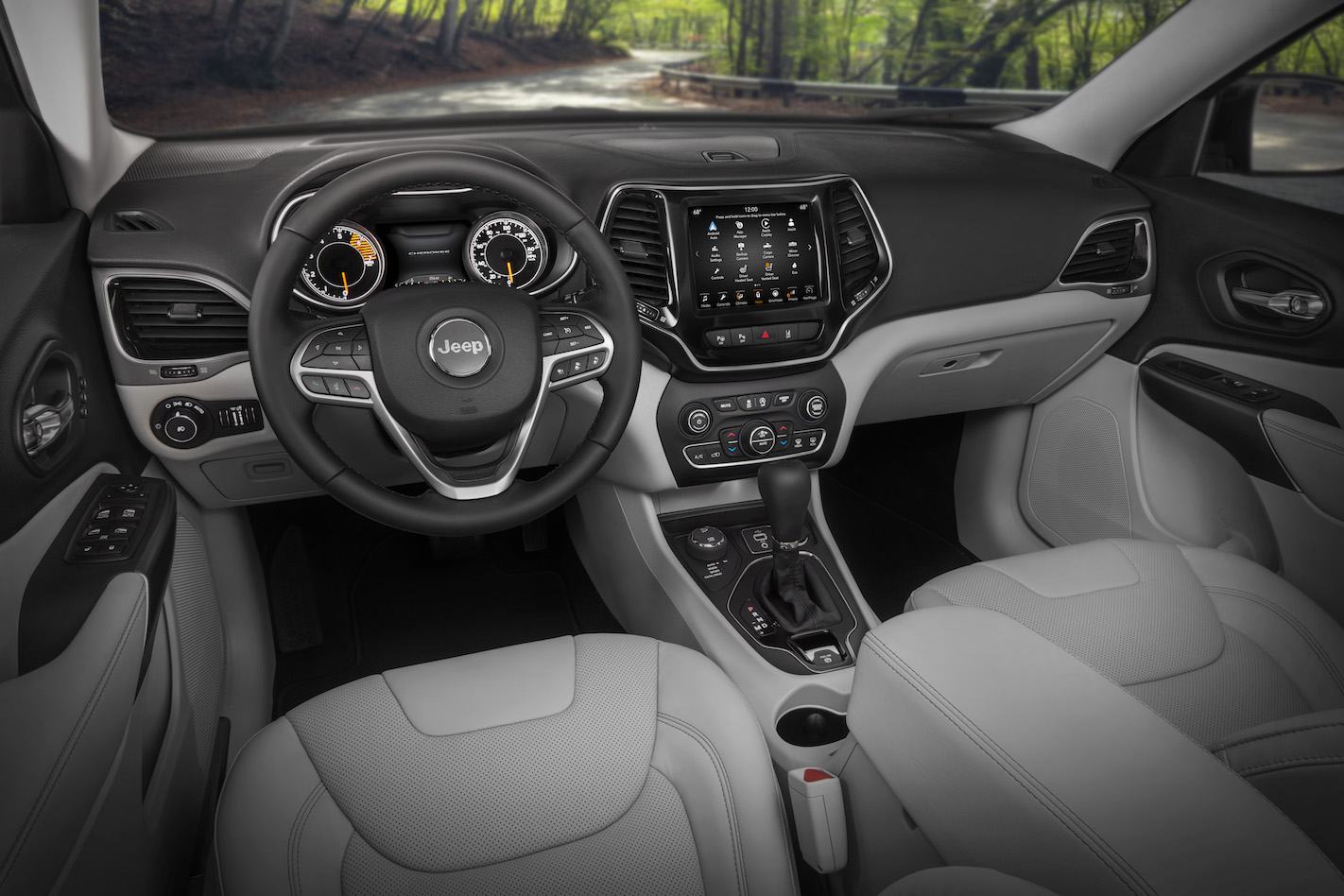 The Detroit Motor Show starts in the US from January 15. 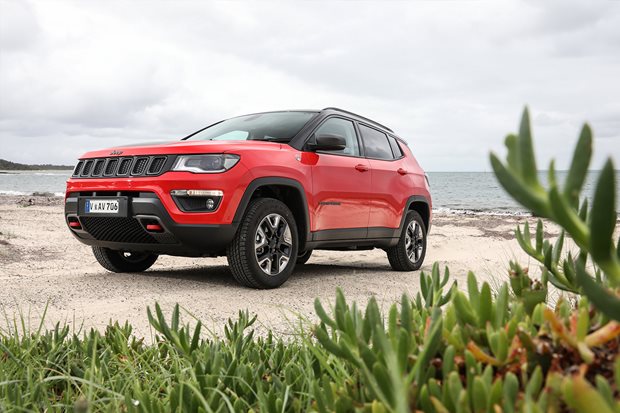 Jeep’s next Compass will hit Aussie soil in mid-December with a keen starting price of $28,850, but the safety story isn’t so rosy 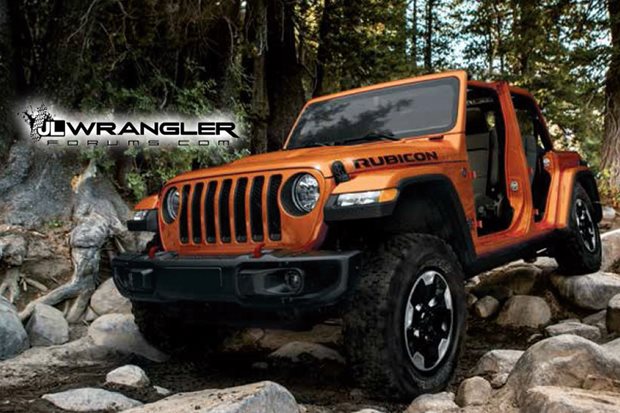 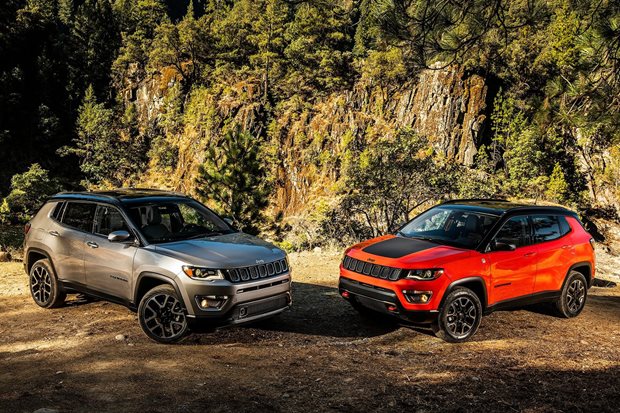 Jeep has announced Australian specifications for its new-generation Compass range, which includes a bush-bashing Trailhawk