THE 2018 Kia Sportage will gain a range of updates to keep it firmly in front of buyers’ eyes when it arrives in July, but a frugal new diesel-electric hybrid drivetrain won’t be among the surprises.

The fresh look, revealed last week but now teasing a raft of extra technology including active cruise control that will even come to a complete stop, and take off again when the traffic resumes moving, includes redesigned front and rear bumpers, restyled headlights and tail-lamps and five extra colours to choose from. 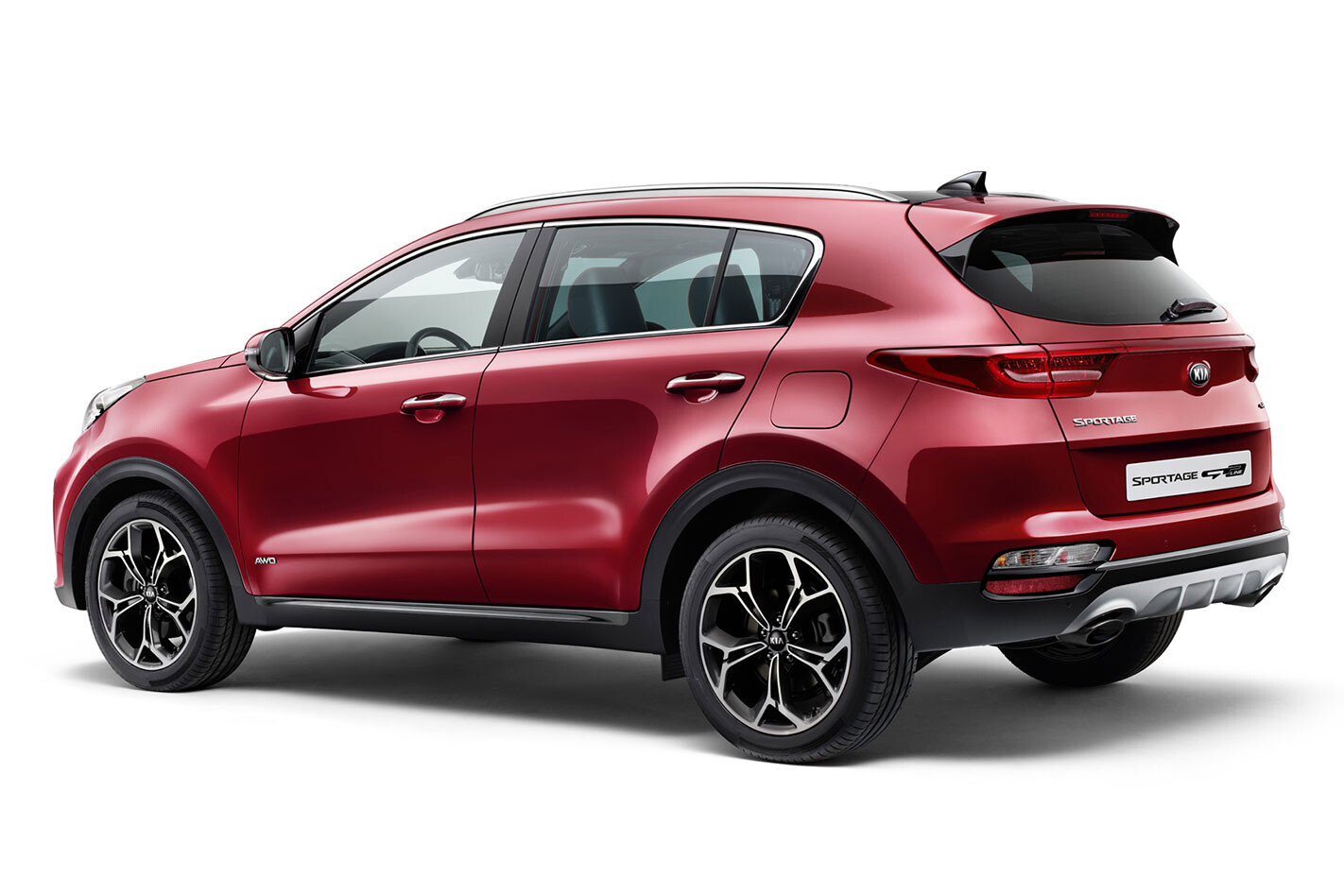 The headline act for Europe, though, is a new 48-volt mild hybrid system – luxury carmakers including Audi and Mercedes-Benz, and even premium rival such as Volkswagen have already moved to the higher-voltage technology – that’s a first for the Korean brand. Kia says the hybrid system uses a combined starter motor and generator that can extend the amount of time the engine doesn’t need to be burning fuel to turn the midsize SUV’s wheels. It’s enough to deliver up to a four percent reduction in the amount of carbon dioxide emissions the SUV produces.

MORE What is a mild hybrid system?

Kia said the hybrid system will sit behind the 2.0-litre turbo-diesel engine that’s already used in a number of Australian-delivery variants of the model.

Of more interest is a new seven-speed dual-clutch transmission being introduced to some European versions of the Sportage – Australian versions currently use a traditional torque converter six-speed automatic.

Kia’s reticence to introduce a hybrid model to the Australian market is believed to be part of a wider strategy for the carmaker to bypass the technology in favour of fully electric vehicles, the first of which is expected to arrive as part of a global roll-out of up to 16 “advanced powertrain” vehicles the company says it will bring to its showrooms by 2025.

This includes five hybrid models – we can potentially discount those straight away – but of more interest to us are five new plug-in hybrid models that will be able to run for extended distances on battery power alone. The Korean carmaker has also flagged it will also have five battery-electric vehicles in its line-up. 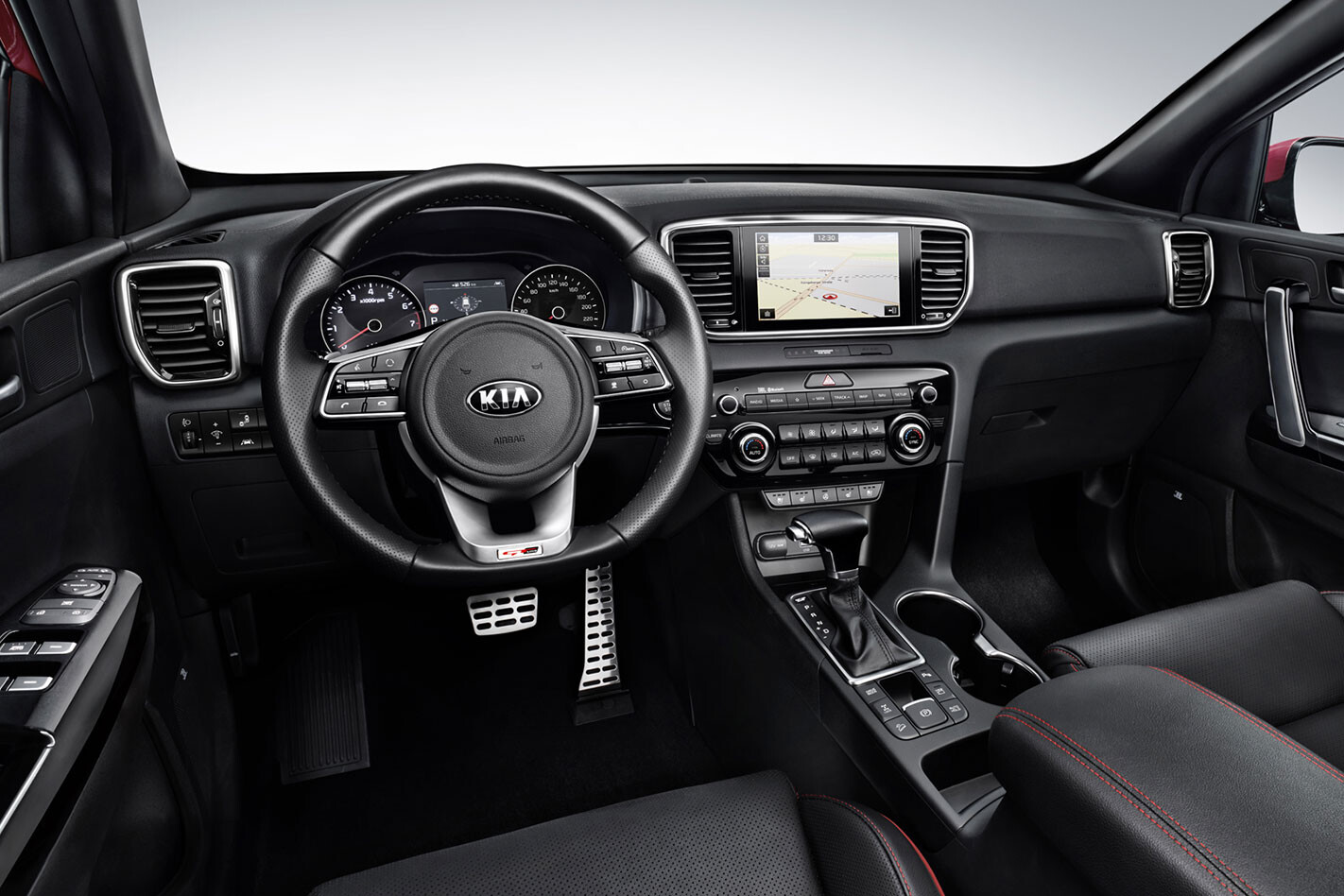 Of note, Kia said it would also have a hydrogen-powered vehicle in its showroom by 2020. This is believed to be a spin-off of the Hyundai Nexo, a small fuel cell-powered SUV developed by Kia’s sister company.

The first electrified Kia-badged cars to come to Australia are likely to be volume models; one, a sedan, is likely to feature in the next-generation Optima given that has already had a plug-in version developed for China, and the other a small SUV, which is likely to go under the bonnet of whatever Kia spins out of the Hyundai Kona and potentially wearing the Soul badge.

The Sportage’s update is also likely to include improvements to the more sports-honed GT-Line models, which in Europe will gain a gloss black hot-stamped radiator grille, a gloss black and silver skid plate, and dark chrome inserts on the side sills and rear tailgate. These models also gain better integration of dual exhausts, and “ice cube” LED daytime running lights.

Other technology making its way into the Sportage includes a surround-view camera system, driver fatigue monitor, and the option of a “frameless” 8.0-inch infotainment system that replaces the default 7.0-inch touchscreen.

Australian specification and pricing are expected closer to the Sportage's July arrival.