There’s plenty happening in America’s south lately so this truck driver could be forgiven that people will be distracted enough to not notice his cargo of fully exposed US-built second-generation BMW X4 prototypes on the back of his rig.

However, South Carolina motoring pap Palbay was on the ball and snapped these detailed images of the new X4’s exterior, which shows its new swooping roofline that is more pronounced than the current model to really differentiate it from the BMW X3 small SUV on which it’s based. 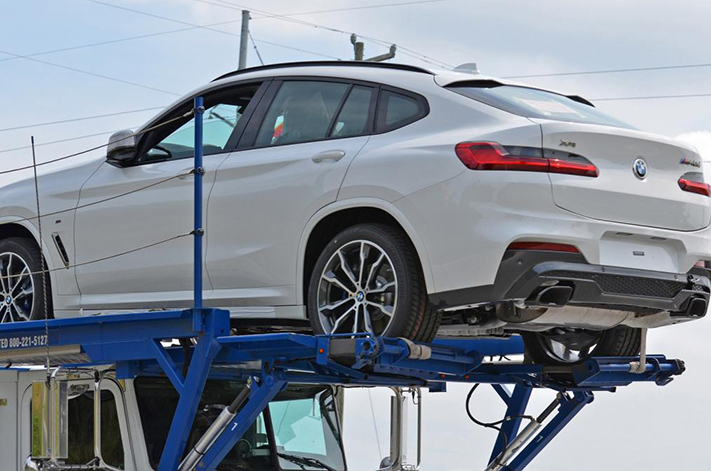 A broader rear end features a newly designed tailgate and slim-line LED headlights that wrap around to the sides a little.

Its kinship with the recently unveiled new X3 is more evident at the front, which looks more aggressive with its slimmer headlights and larger kidney grille treatment.

Though its launch is still far off, expect the X4 to share the X3’s powertrains including two turbo diesels with the xDrive20d 2.0-litre in-line four and xDrive30d 3.0-litre turbo diesel in-line six. 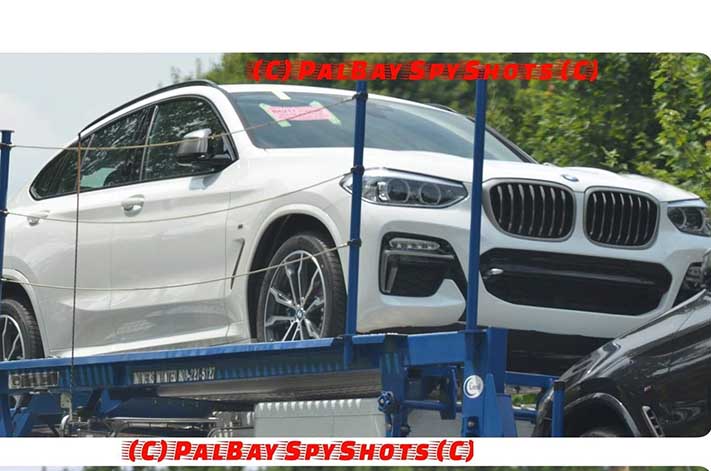 Two other petrol variants, the xDrive30i and xDrive20i should also be available both with rear-wheel drive and all-wheel drive specifications.