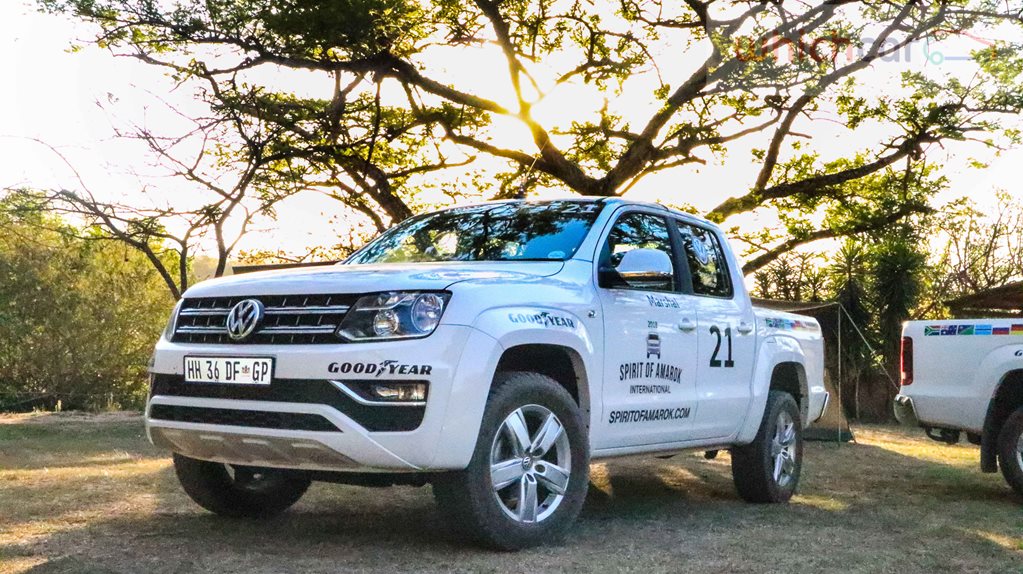 When it comes to prescribed footwear for competitive driving events, there’s usually a minimum requirement… and something with shoelaces is almost always a good start. When it comes to the two Australian crews competing in Volkswagen’s Spirit of Amarok world finals in Nelspruit, South Africa, though… not so much.

“I always drive in ’em… not changing now!” laughs Lachlan (Lok to his mates) Tombs, a lanky energy industry tech from Armidale in NSW, proudly showing off his regulation single-plug rubber thongs. Here with his dad Phillip, Lok won his shot at Spirit glory at the Werebee proving ground in Victoria, winning, as Phil puts it, “a once in a lifetime” ticket through to the finals of the competition.

Australia’s other Amarok hopefuls are cousins from Melbourne, Jeremy (Jez) and Brad Newman, who came through a sudden death shootout in torrential rain to book their seat. And while boardshorts and single-pluggers may have replaced Nomex and balaclavas, the cousins took pains to bring the bush to… well, the other bush, sporting a splendid ensemble of RM Williams and Akubras to the event’s first day in Nelspruit, a small centre about 350km from Johannesburg, and not far from the famed Kruger National Park.

The Aussies are just two of 20 teams from ten countries who have similarly earned their stripes for the final by besting a field of local hopefuls. In the case of larger territories like Germany, four national events were needed to whittle down to the top two crews.

The chatter of different languages adds to the event’s mystique, but the challenge is the same for everyone – to stamp their names and countries on the perpetual Spirit of Amarok trophy.

The whole shebang is the brainchild of Sarel van der Merwe, South Africa’s equivalent to Peter Brock. He’s won the South African rally championship 11 times, competed at Dakar and in NASCAR, and was once touted as a Formula One hopeful. His tall, lanky frame prevented that dream from becoming a reality, but as one of South Africa’s most credentialed motorsport figures, Sarel’s word is law around here.

The finals are a long, challenging affair. There are more than 40 stages over the four days, with each day offering up a set of technical and a set of speed stages. The terrain is bone dry and blown out, with the technical sections dropping drivers into steep, off-camber washouts lined with shiny-slick tree roots and large, loose rocks.

The climbs are equally washed out, sharp and steep, and the perils – long, slender PVC conduit poles that cost teams precious seconds if struck – are numerous. The speed sections are less difficult, but over-exuberance will see poles tumbling into the undergrowth.

The terrain is bone dry and blown out, with the technical sections dropping drivers into steep, off-camber washouts lined with shiny-slick tree roots and large, loose rocks

The poles are placed devilishly close together by Sarel’s team, too, and it’s the sheer proximity of the poles to the wing mirrors of the Amarok that catches out Team Tombs – blessed/cursed with car number one – on the first technical test. Lok – an experienced 4x4er who owns his own Amarok – is able to smile through gritted teeth about it soon enough, and he actually uses the rough start to his advantage.

“It actually took the edge off my nerves, to be honest,” he says. “I thought ‘bugger it, it’s only upwards from here’.”

The Newman boys, who also have a lot of 4x4 seat time, have challenges of their own, with a queasy Jez needing to sit out a handful of tests in the afternoon. The speed tests are right up Brad’s alley, though, posting fastest times against some surprised locals… and one terrified marshal, who pinged Brad for ‘driving over his abilities’. I guess ‘long-jumping an Amarok’ isn’t in the rule book…

“Hey, I won the stage,” he shrugs. “I couldn’t have been too far over my ability.”

The same can’t be said for one of the Russian teams, who stepped over said abilities and right through a barbed wire fence at quite some speed, earning themselves an instant dismissal from the event.

Day two dawns clear and cool, and it’s a better day for Team Australia. Speeds are up – “we were absolutely HOOKING,” says a wide-eyed Jez – and Australia climbs to third overall behind hosts South Africa and Botswana.

“That was a much better day,” says Lok’s dad Phil. “Even though Lachy and I argued about how to do the reverse blindfold test (literally, the driver is blindfolded and the co-driver directs via radio), we actually nailed it. We worked out the Amarok’s Sports mode and figured out when to lock the rear diff, and it really did a good job.”

The Tombs did well enough to climb from seventh overall to third, earning themselves to Most Improved Award for the day.

The final day dawns wet and dreary, with tired crews slipping and sliding across the clay-based stages as the long week winds down. Again, there’s no real change in the overall order, though a tidier day for the cousins brings them into the top five overall. Lok and Phil, meanwhile, have done enough to stand in on the podium.

And while the South Africans may have ultimately claimed home ground advantage, the Australians came home second overall on combined scores, which is an absolutely brilliant effort. The podium presentations are cheerful and rowdy, bonds of friendship formed over ribbons of dry dirt, fields of shorn grass and four days of fierce but fun competition between off-roaders from around the world.

Some would stay on and take in more of South Africa, while others scrambled for flights home. All would leave with indelible memories of warm hospitality, a land like few others on the planet and the experience of driving the Amarok in ways both amazing and unexpected. 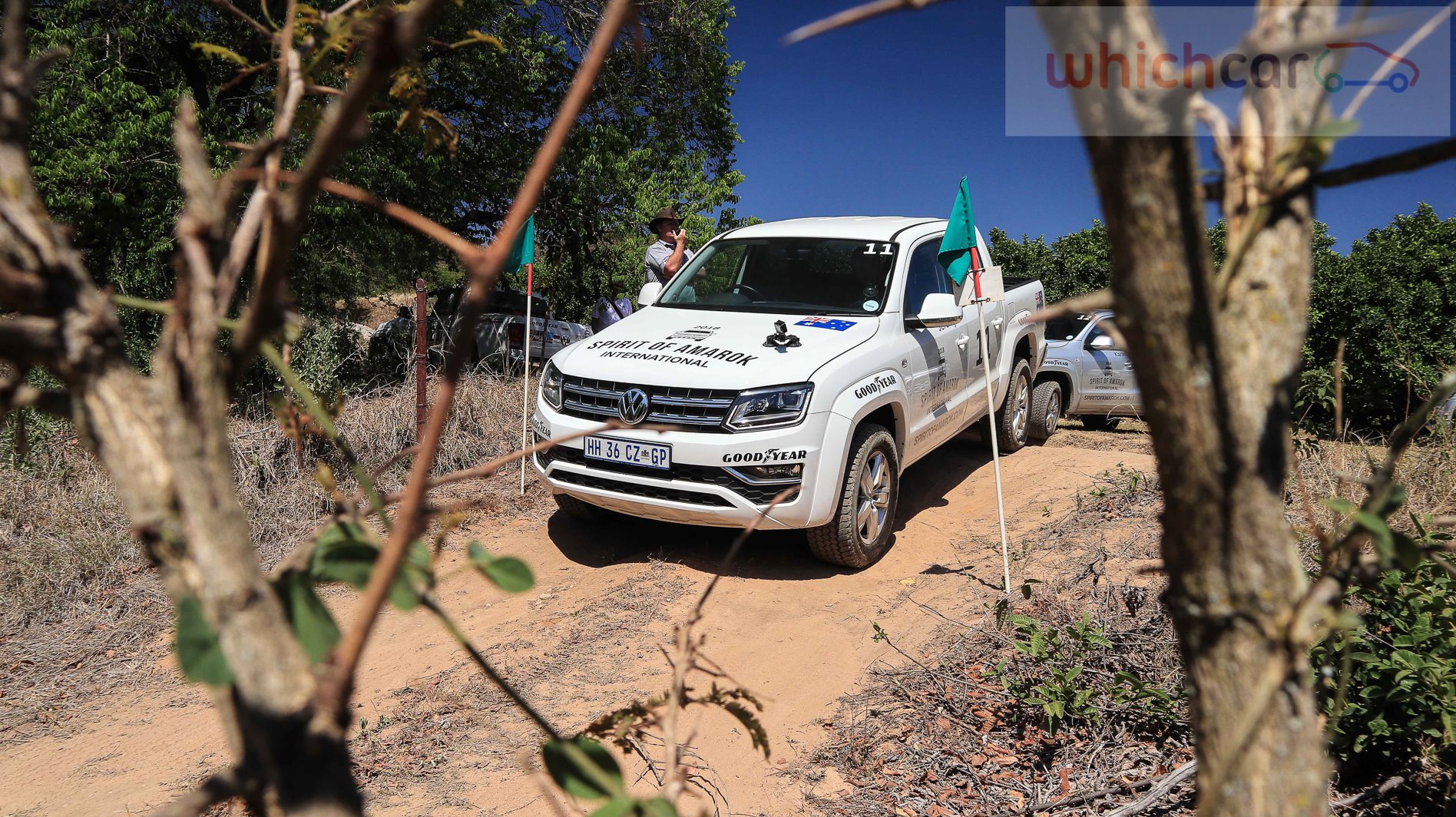 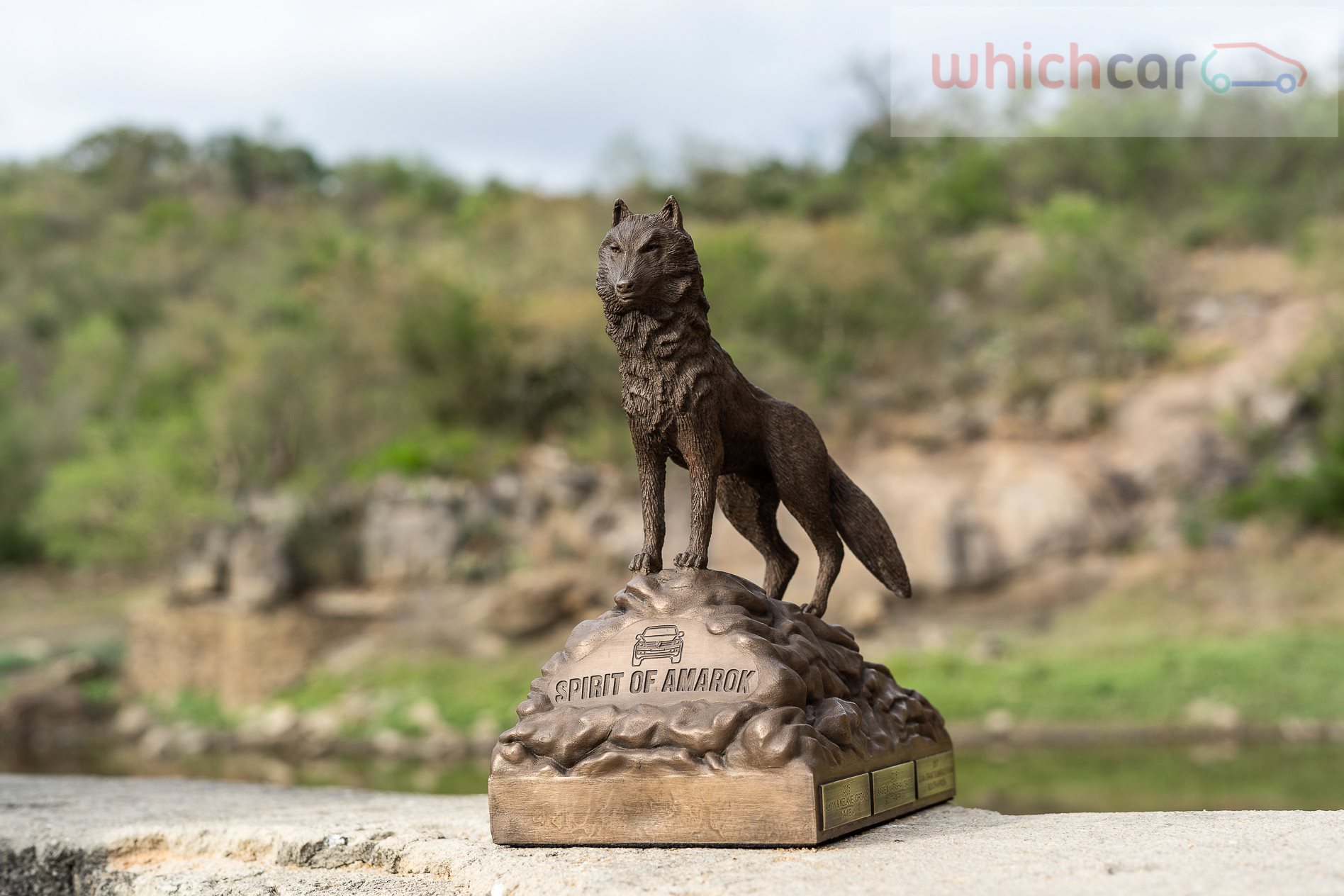 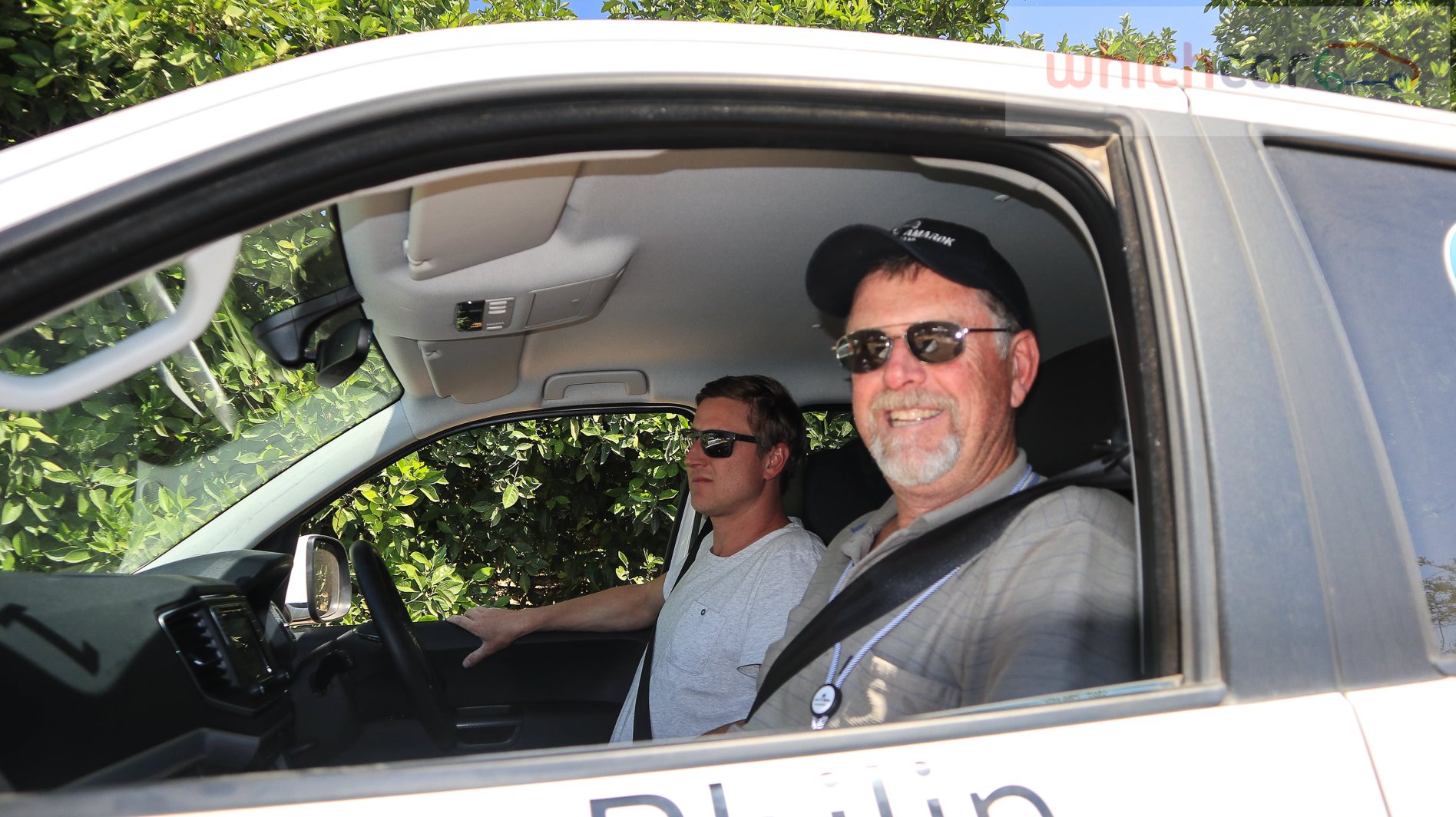 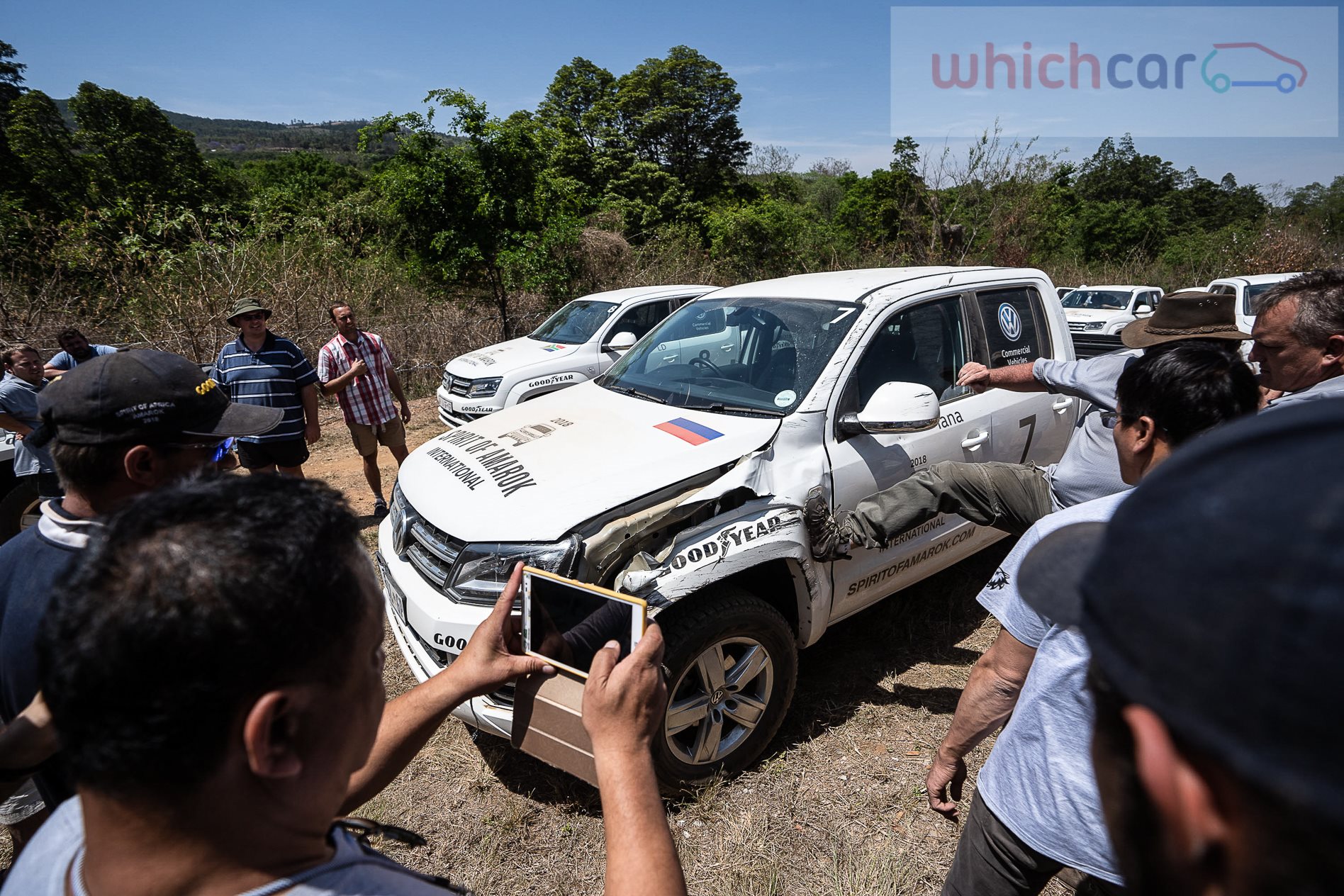 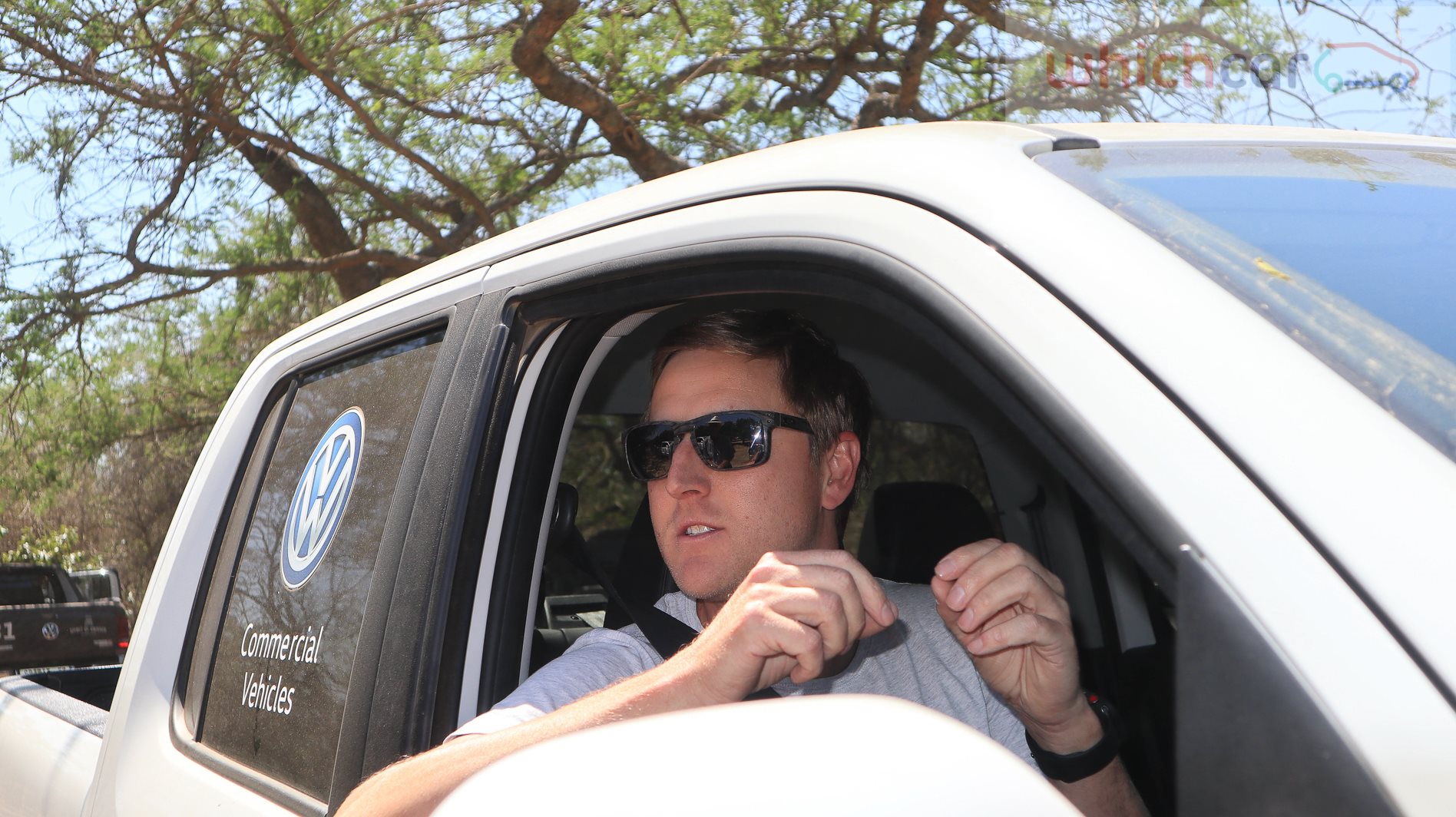 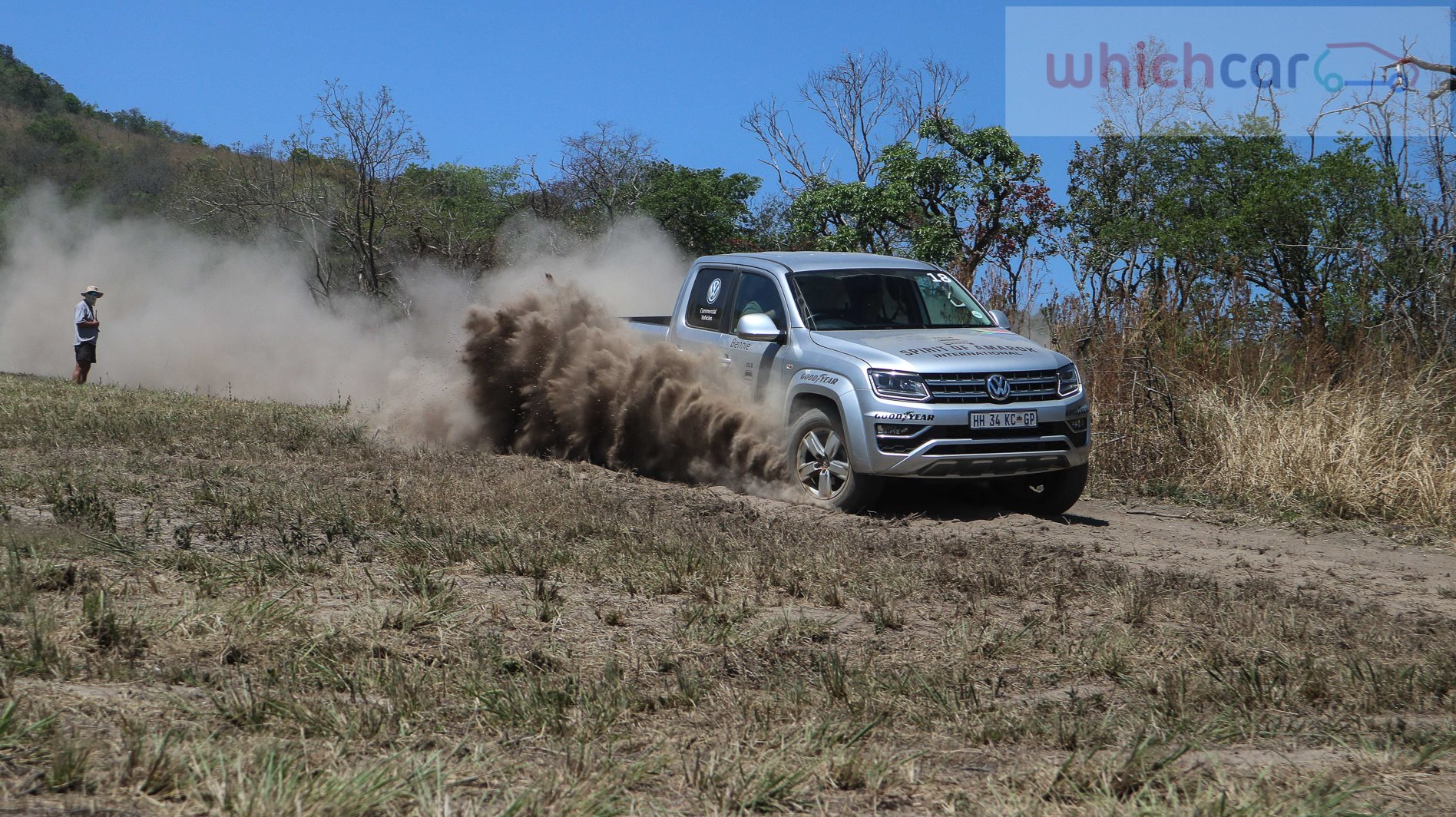 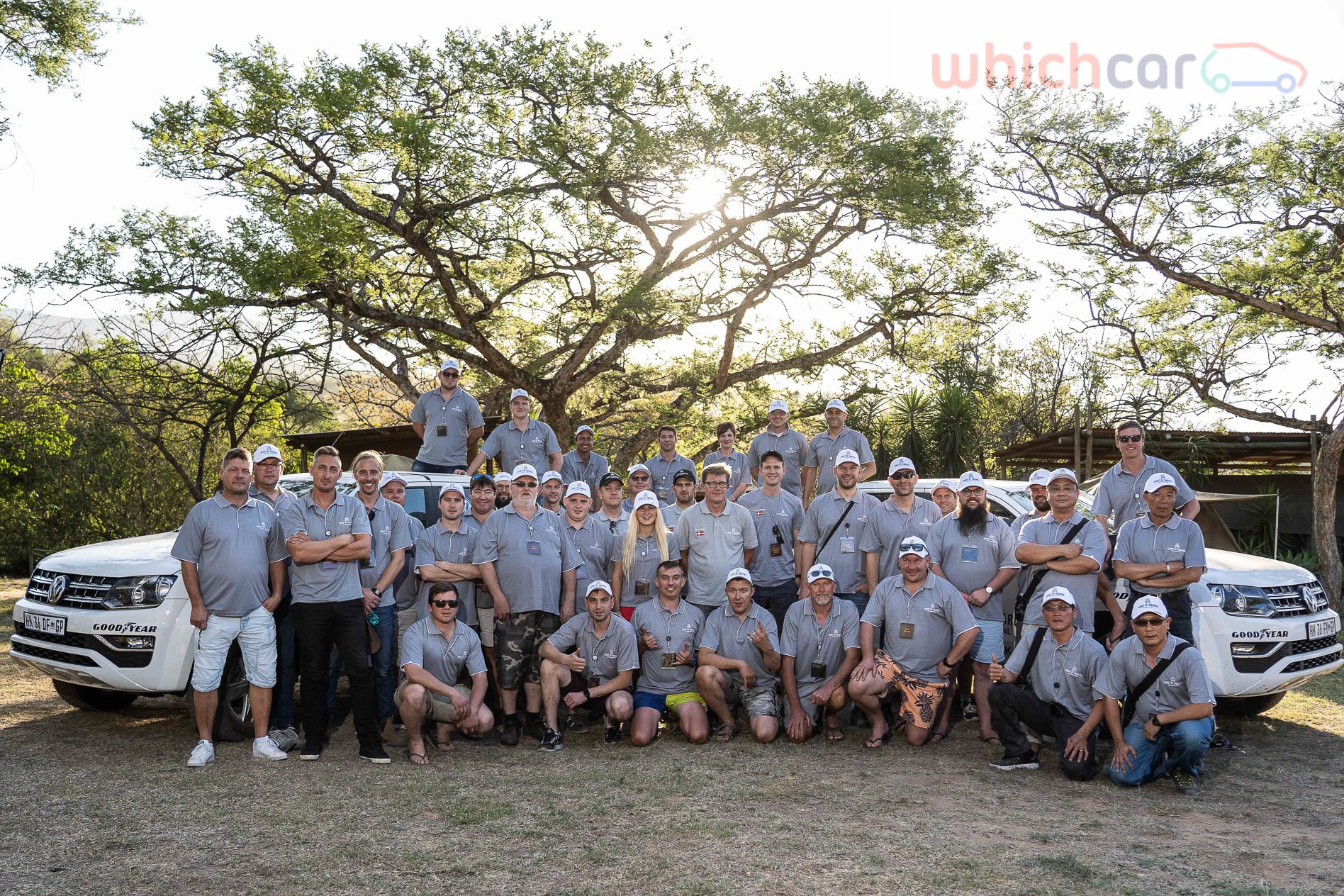 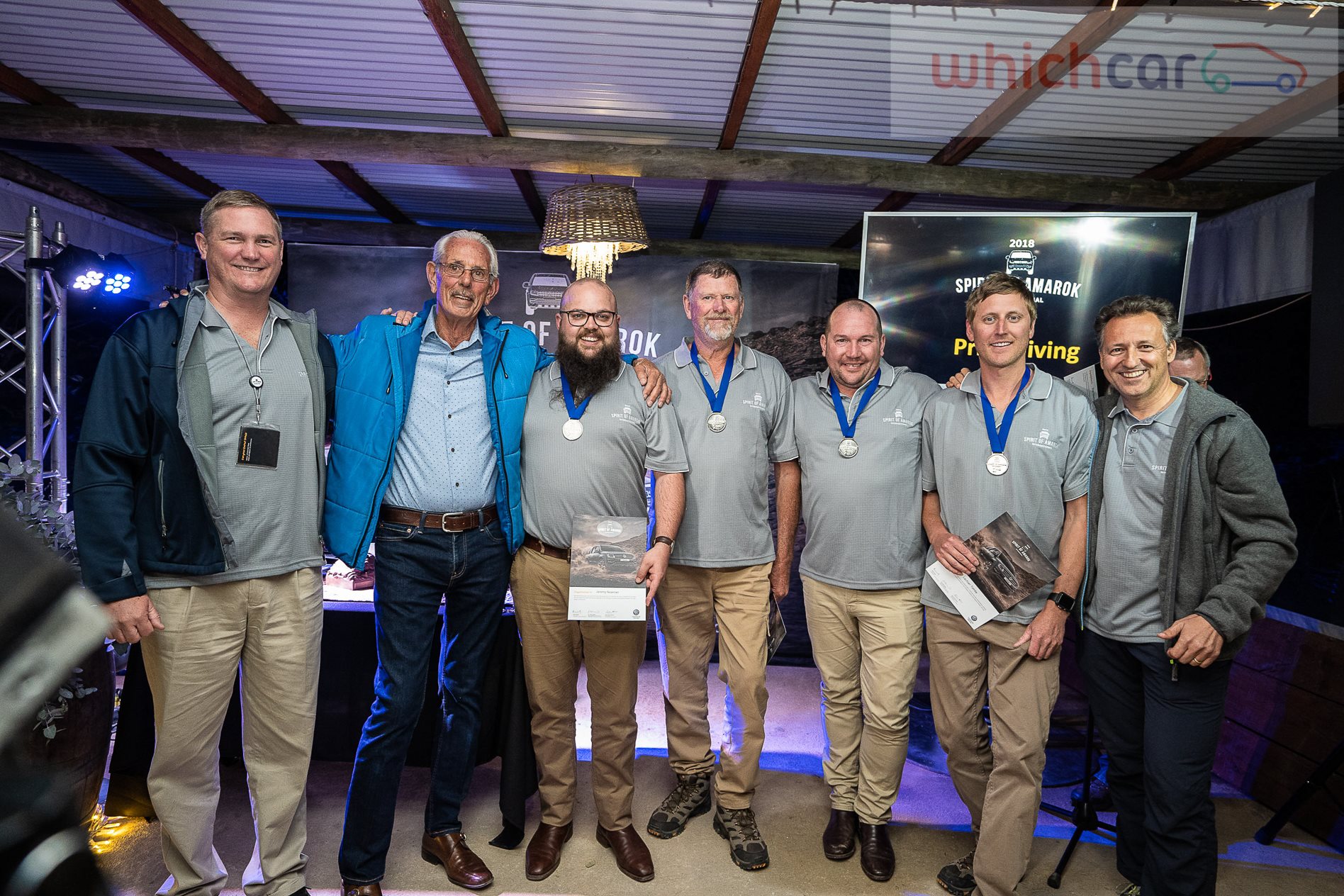 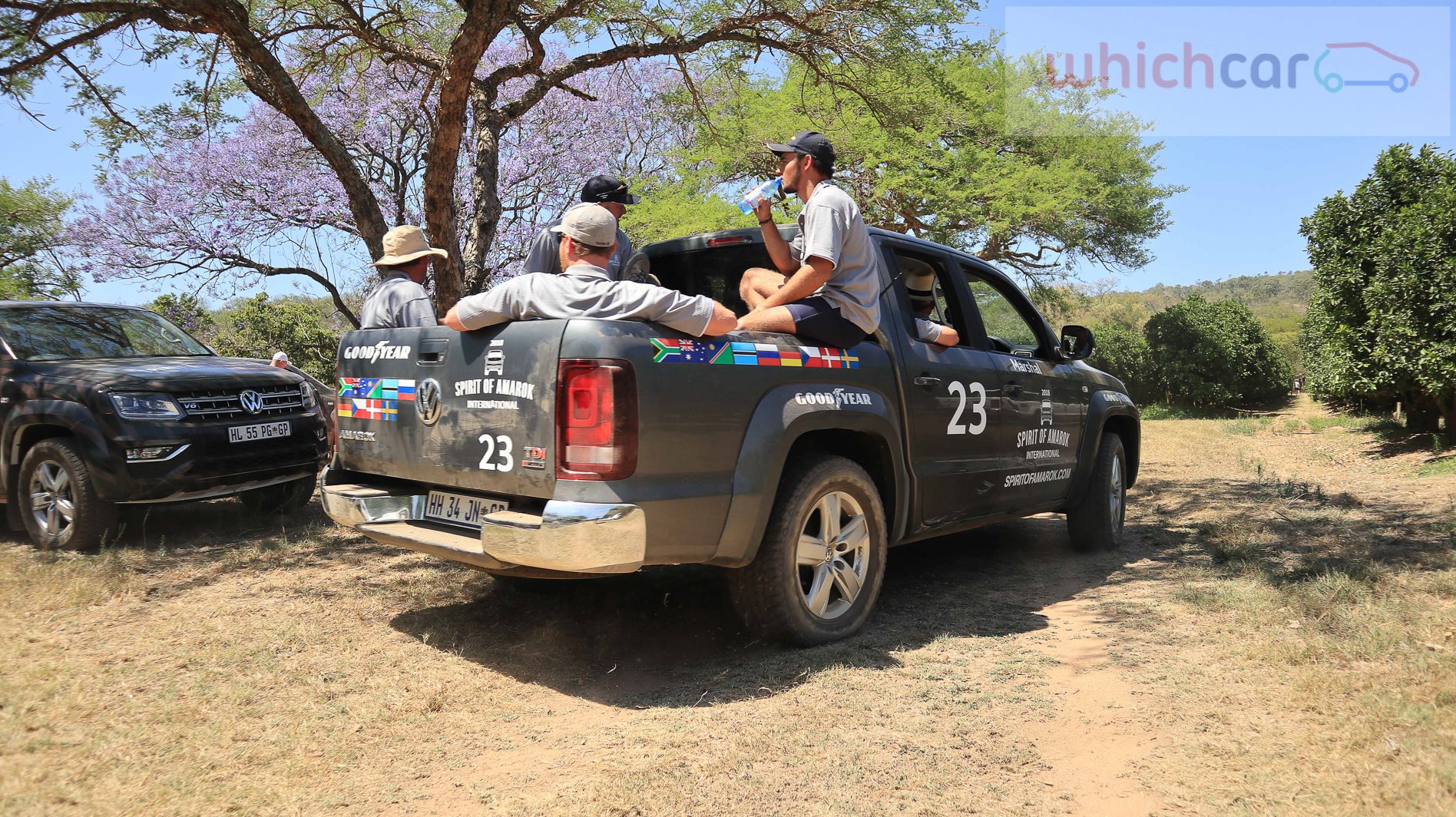 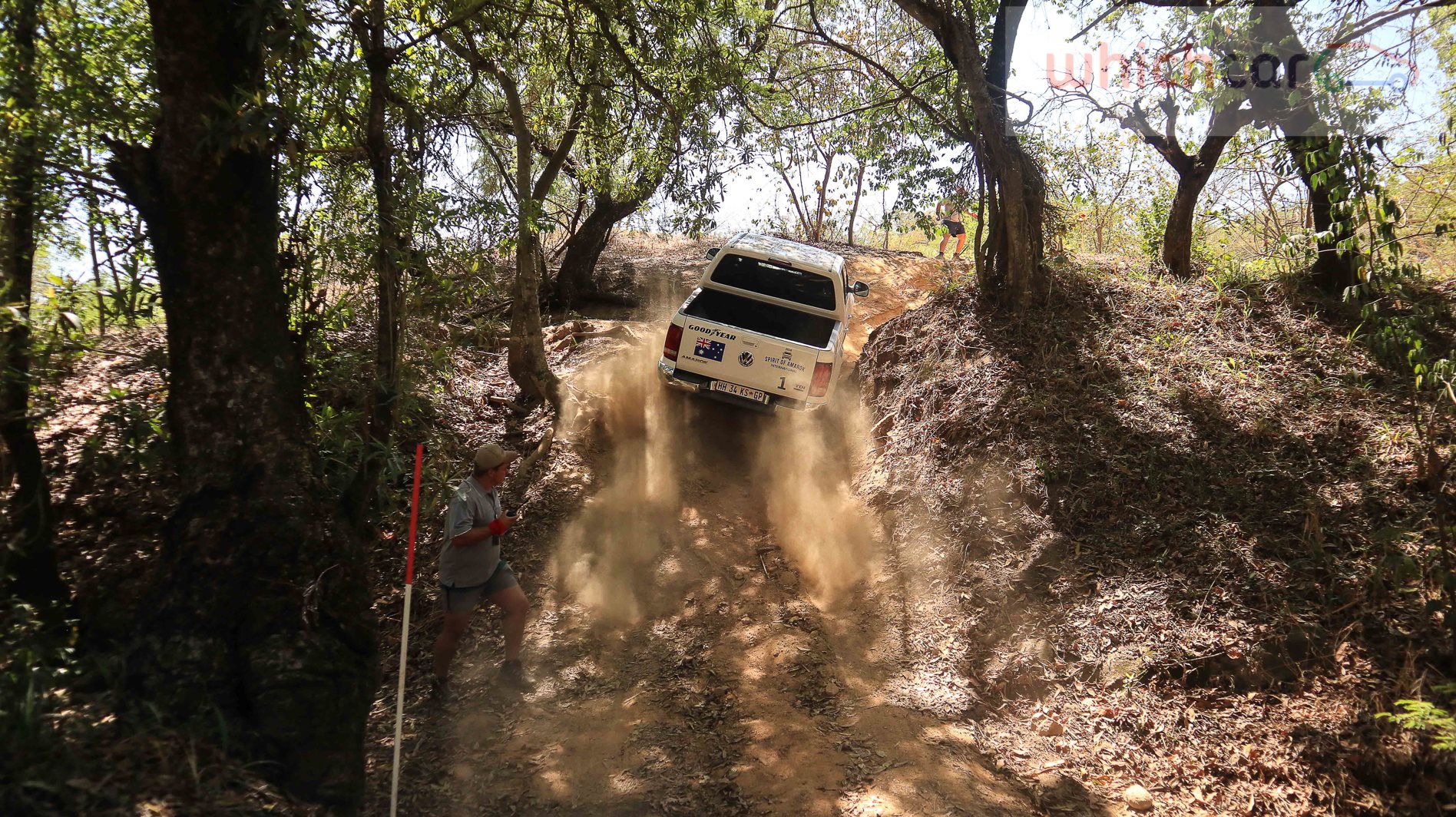 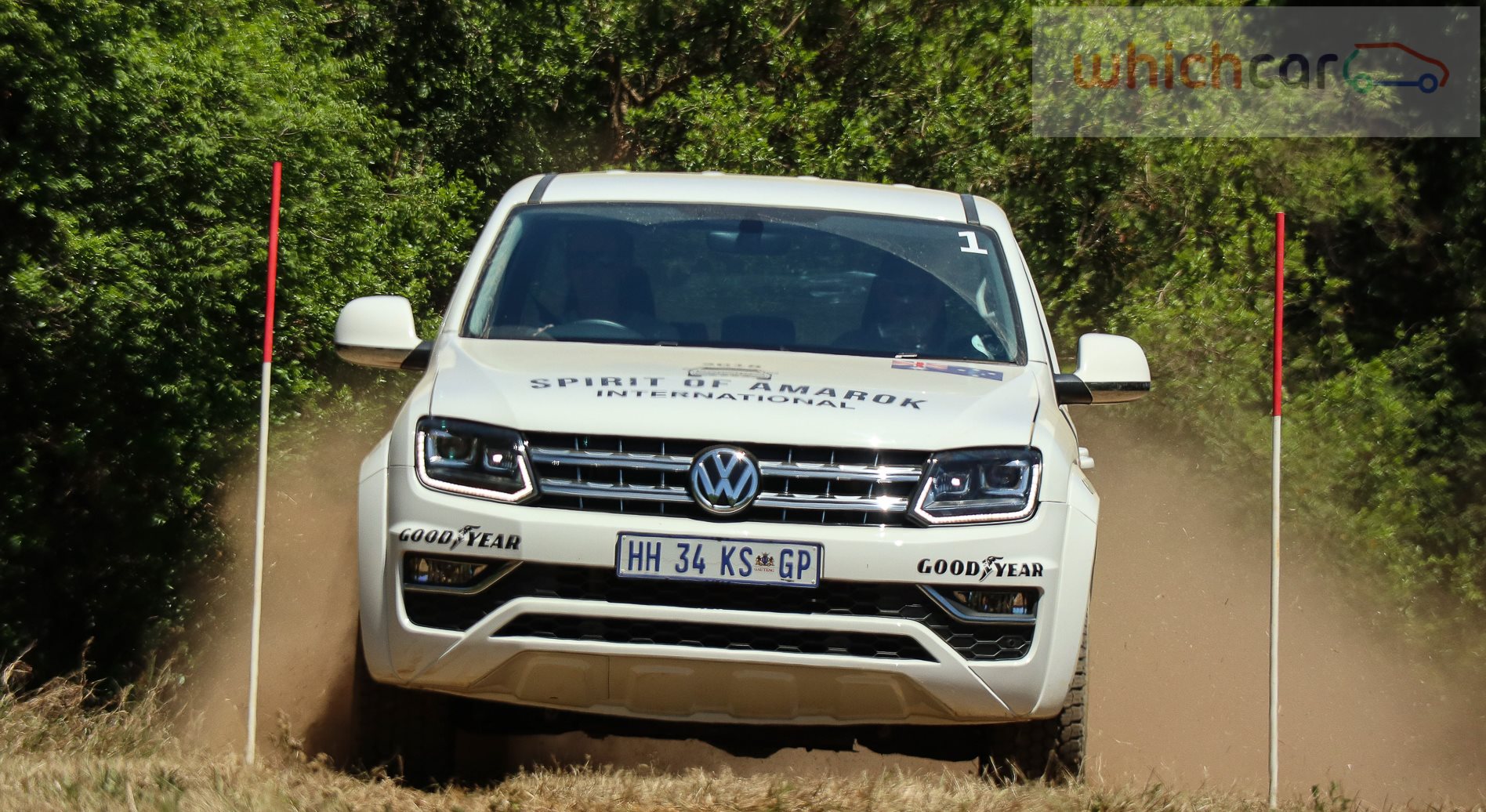 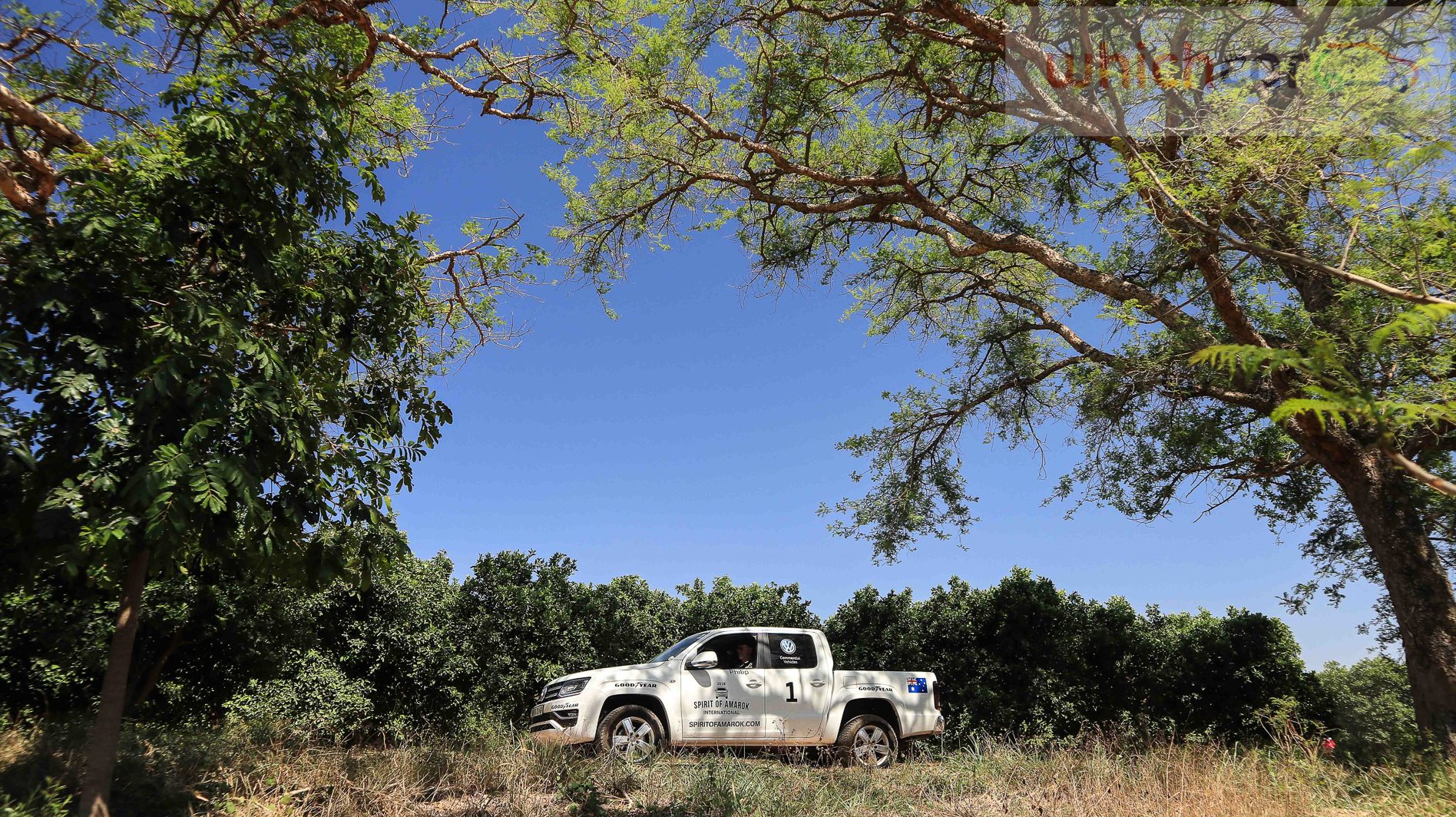 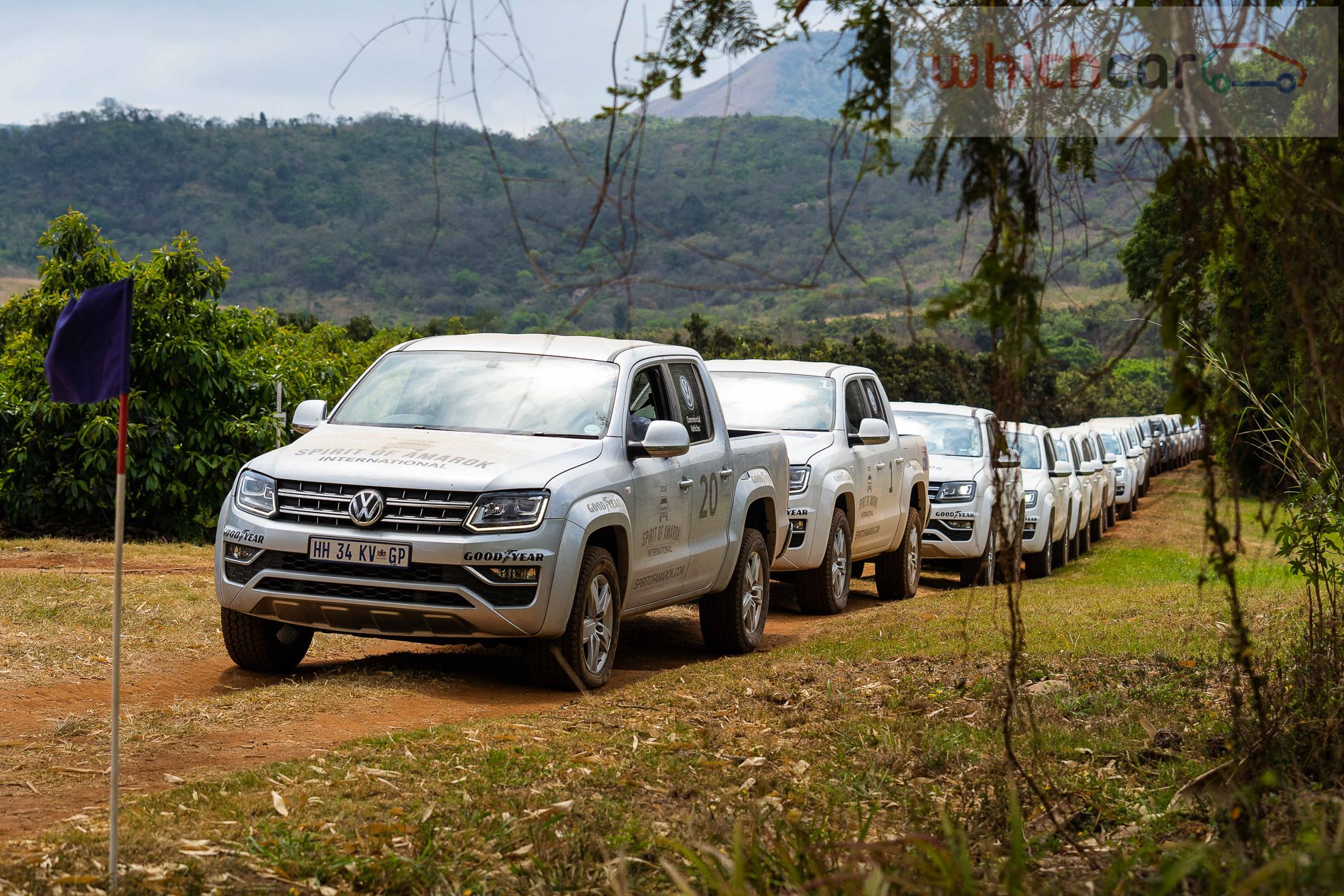 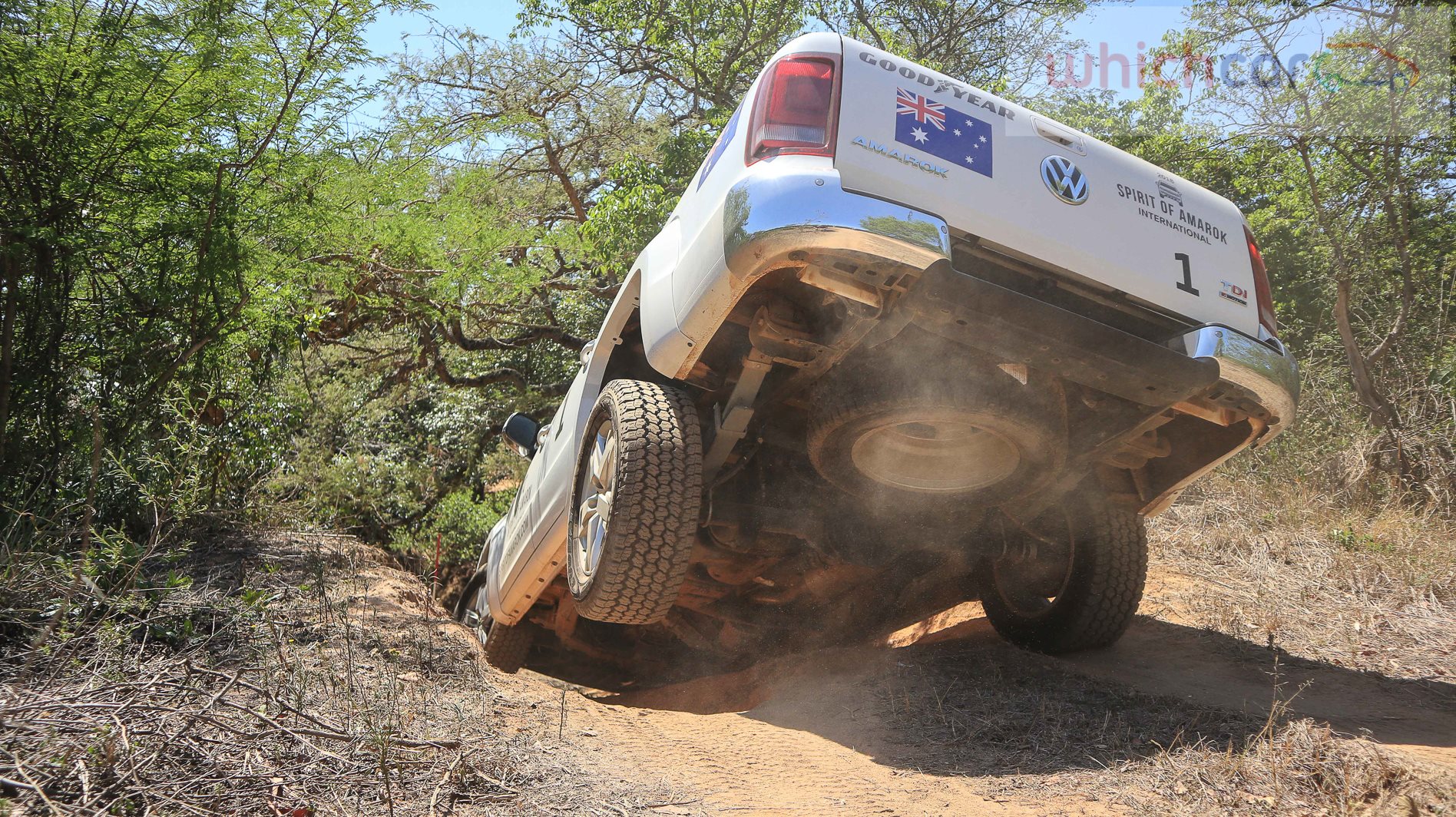 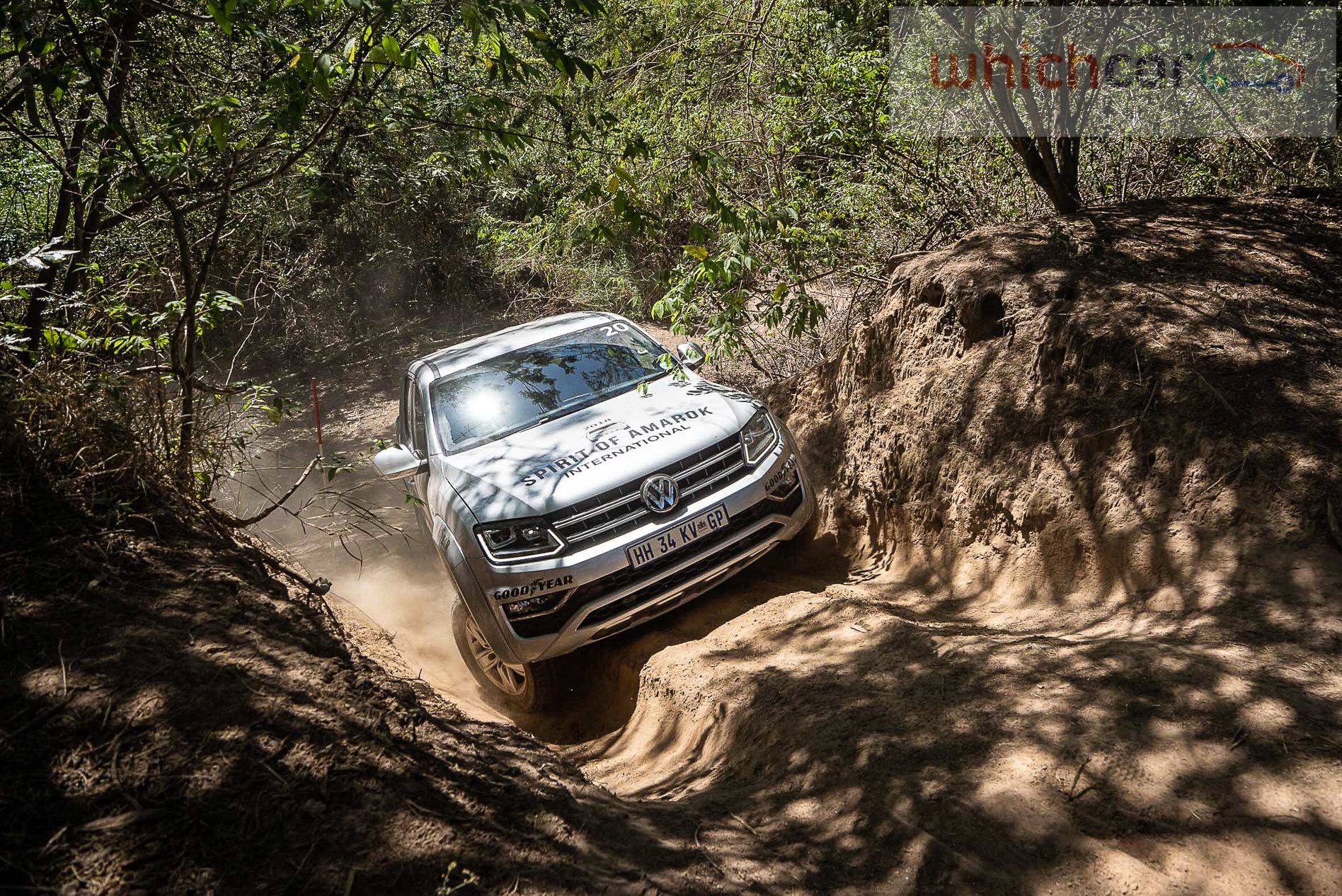