A first look at the bigger and smarter Volkswagen Touareg expected in 2018 has been granted by the German brand’s T-Prime Concept GTE in China.

Volkswagen’s large SUV concept, the T-Prime, is on show at this week’s 2016 Beijing motor show, demonstrating much of the exterior design, infotainment technology and clever drivetrains that will be offered on the production version.

It’s no coincidence the T-Prime looks similar in shape to the Audi Q7 as it is again likely to borrow significant parts, including its platform, from its sister brand’s own big SUV. 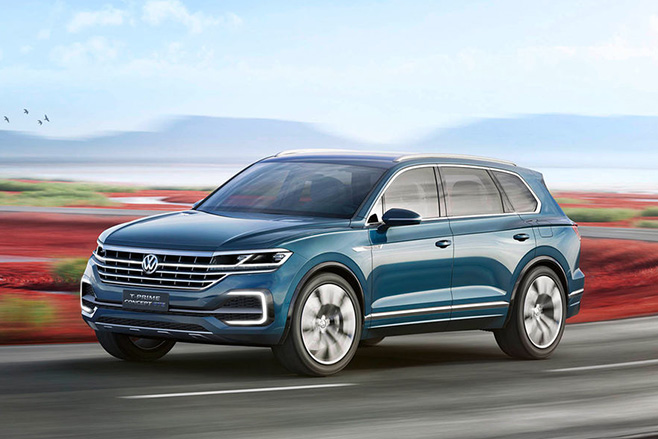 The all-wheel-drive concept is powered by a petrol-electric hybrid drivetrain that offers 280kW of power in GTE performance mode that utilises the conventional engine, or a near-silent 50km range using its electric motor only.

Production Touaregs, however, will primarily be powered by petrol or diesel engines. 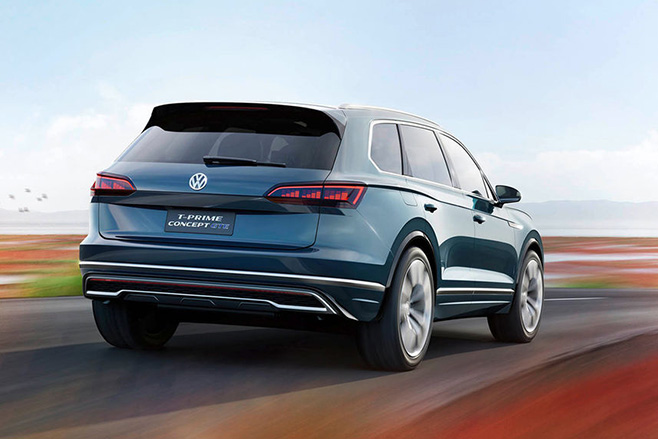 There are just four seats in the concept, though the third-generation Volkswagen Touareg is set to offer the option of seven seats – via a third, two-seat row – for the first time.

The concept’s interior is notable for an almost complete absence of switches. The expansive digital instrument cluster and infotainment display, which VW dubs the Curved Interaction Area, are controlled by hand gestures, voice or touch. 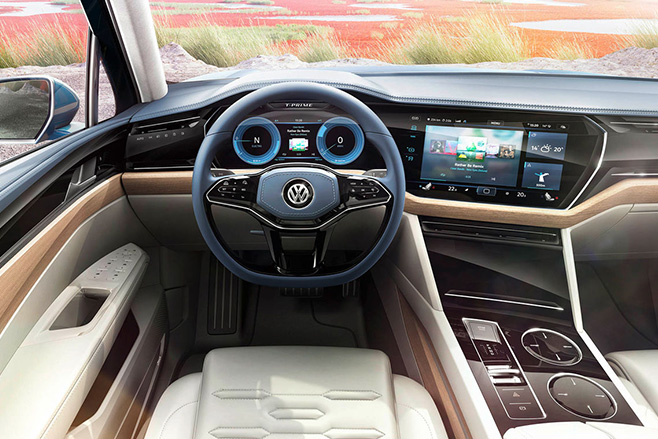 Touch-sensitive controls include the flat, glass scroll wheel that selects gears for the eight-speed automatic gearbox.

The new Touareg will eventually headline a five-strong Volkswagen SUV line-up, which also includes the upcoming Tiguan due here in September, a seven-seater Tiguan labelled the XL, and smaller SUVs based on the Volkswagen Golf and Polo.