TESLA has rolled out a “Chill” mode as part of its latest software release revealed overnight, the complete antithesis to the wild “Ludicrous” mode developed for its most powerful cars.

Under the title of “Chill: a new acceleration option”, Tesla’s explanation of the over-the-air feature roll-out says the “2017.44” software release will update the car with two driving modes, either Standard or the new eco-focussed Chill. “Chill makes acceleration more gradual – ideal for smoother driving and a gentler ride for your passengers,” it said.

As well, the cars will add an “easy entry” mode that tilts up and retracts the steering wheel into the dash, as well as moving the driver’s seat back a bit to open up more space to get out of the battery-fuelled car. The seat and steering wheel then move back to their original position when the driver jumps back in. 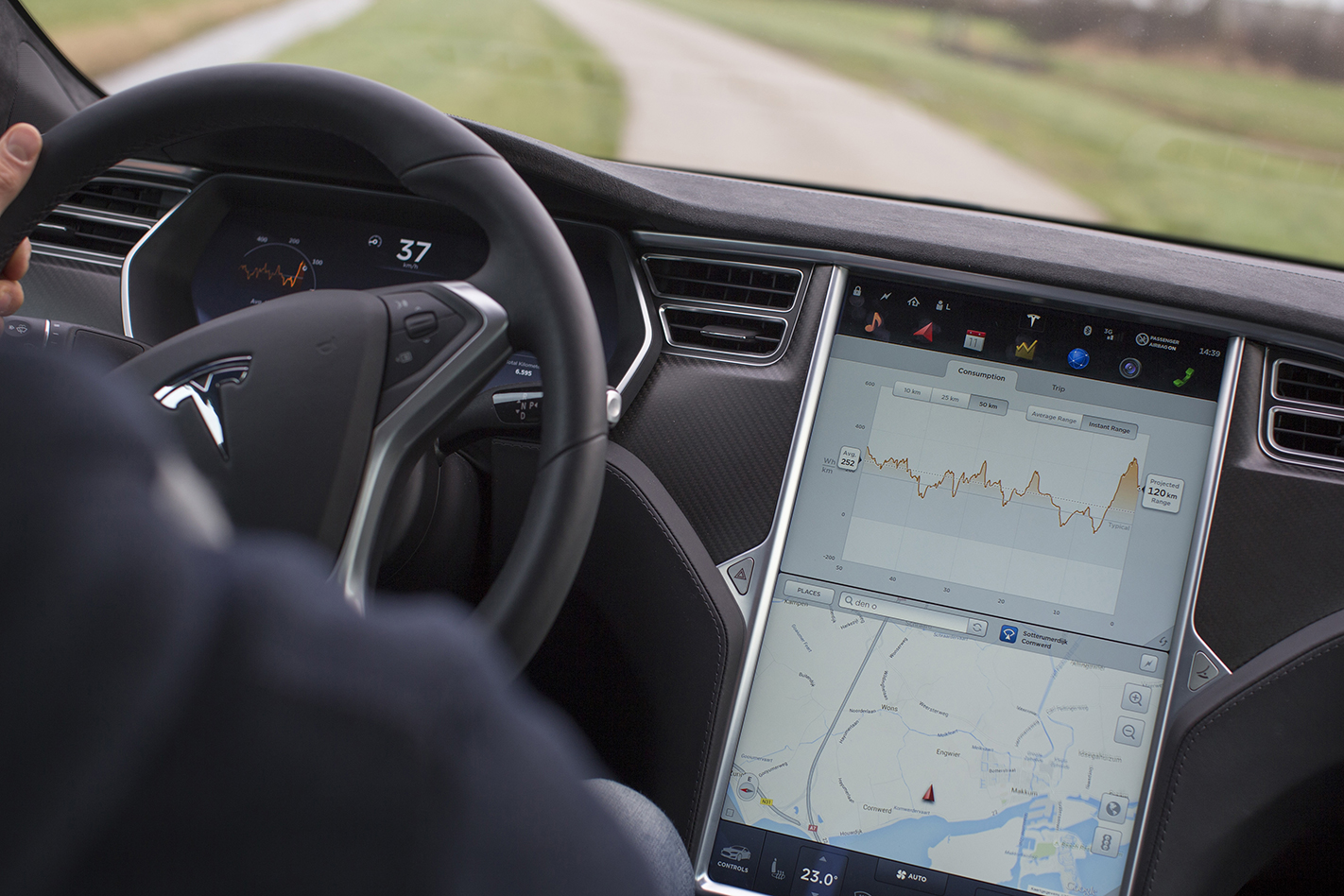 The Chill mode is potentially a response to customers who buy the Tesla Model S liftback sedan and Model X people mover but aren’t all that interested in the battery-fuelled drivetrain’s biggest feature: copious amounts of step-off acceleration that goes a long way to helping Tesla owners win most of the green light drag races.

It also adds what is essentially an economy mode to the Tesla cars, a feature widely used in conventionally engined vehicles to save fuel by dulling the accelerator pedal’s responsiveness and tuning the automatic gearbox to grab higher gears in the interest of reducing engine revs. That said, Tesla’s update doesn’t say if the Chill mode tips more range back into the battery, but owners are reporting the model also takes some of the edge off  the regenerative braking process, the bit that converts energy normally lost during braking into electricity that can top up the battery banks. However, owners in the US are reporting significantly slower acceleration times more than double that of the normal mode. 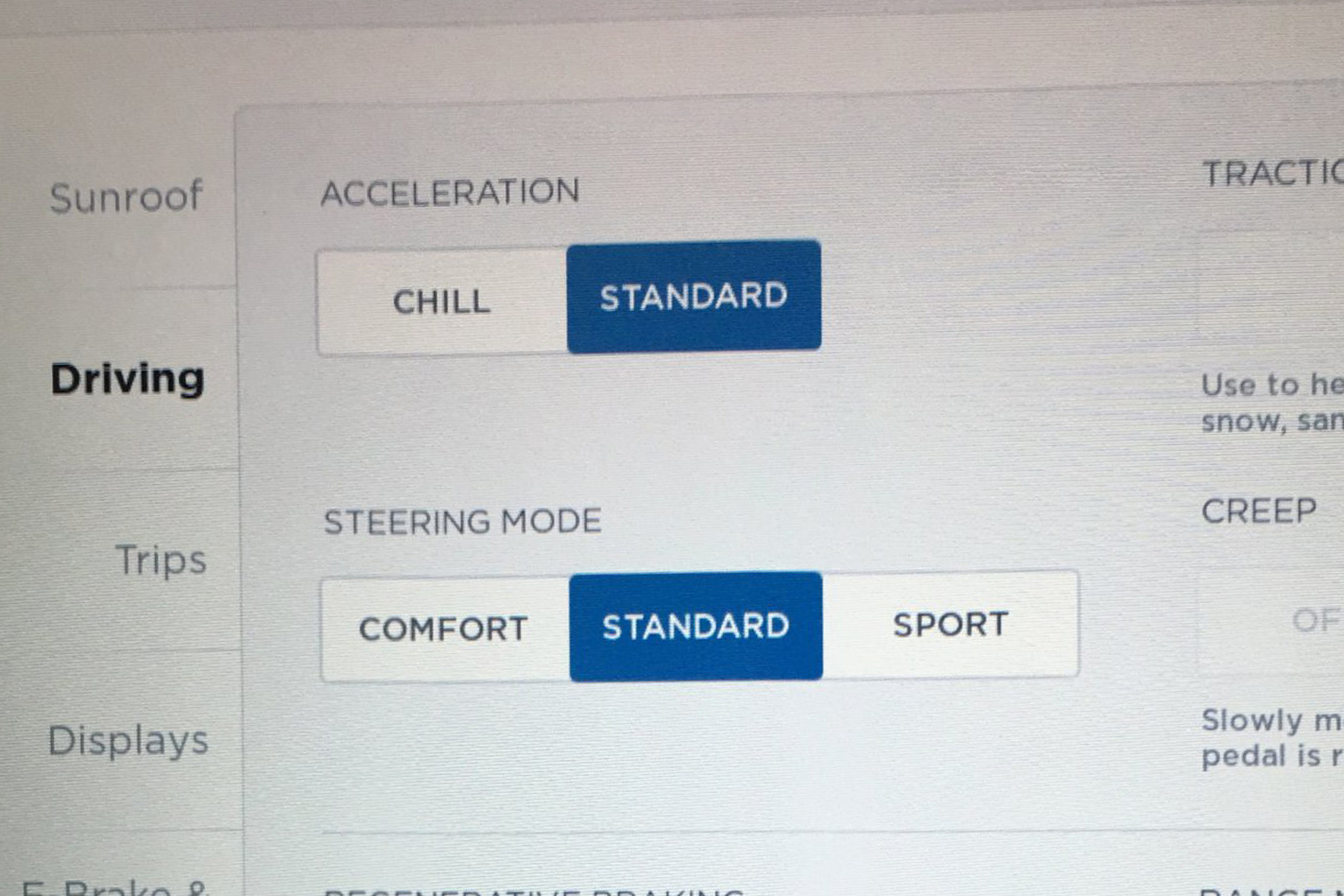 The last major software update, distinct from the small tweaks Tesla makes from time to time, to the Californian company’s cars arrived in March this year as part of release 8.1.

That switched on a number of previously unused features – Tesla builds its cars with all the technology they need for fully autonomous driving, but leaves some of it unplugged via software – including a function that lets the car creep in and out of tight parking spaces without a driver behind the wheel, upping the speed of the cars’ self-steering systems to 150km/h, and enhancing their ability to read what was happening to the traffic around them.

Tesla’s Autopilot system, which includes a number of driver-assist technologies that are yet to make their way into more mainstream car brands, is still in its beta testing phase. In Australia, it is still illegal for a driver to remove their hands from the steering wheel, meaning cars that feature self-steering systems need to keep checking if the driver is still in control of the vehicle. 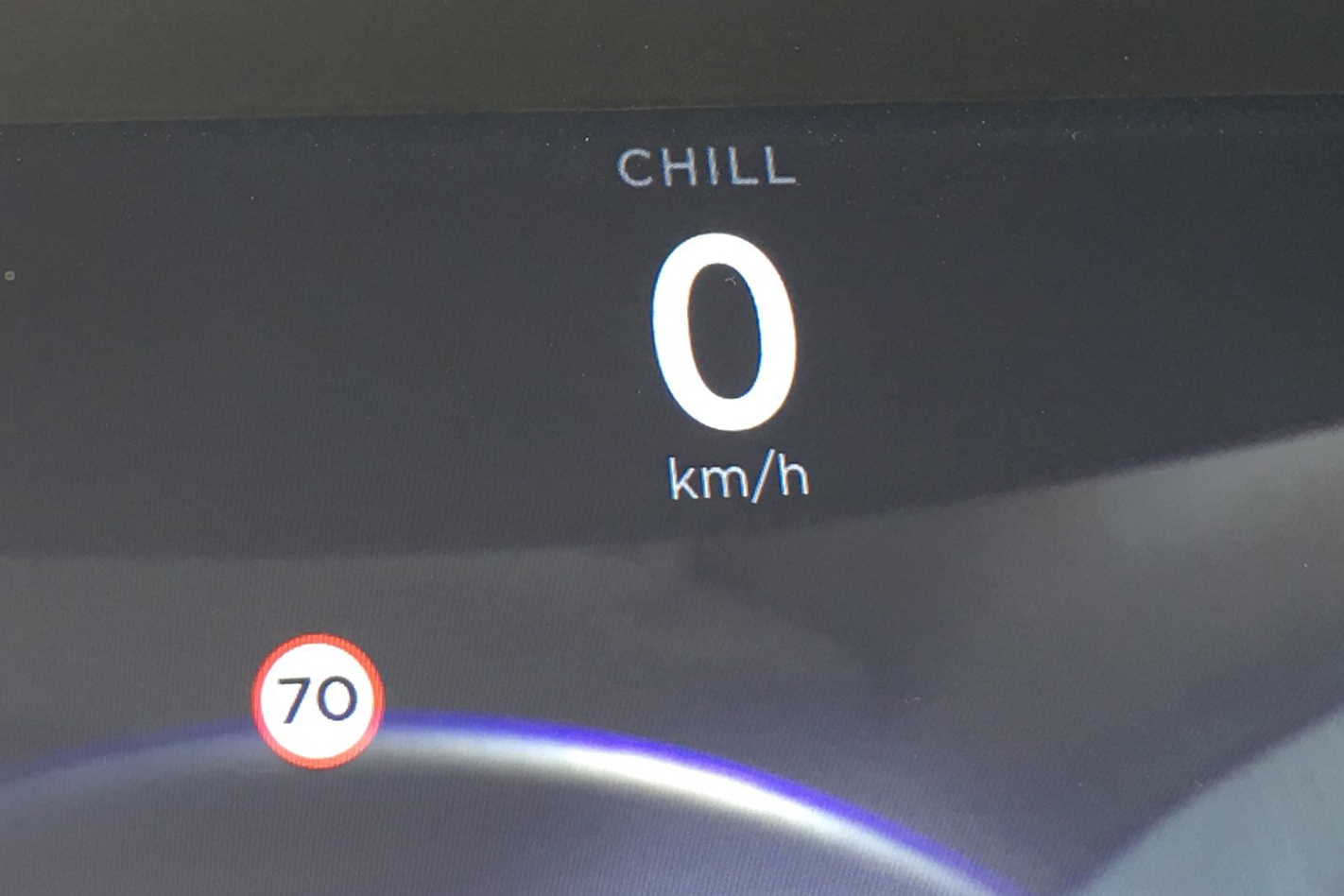 Australia is currently reviewing its road rules to see what needs to change to allow semi- and fully autonomous cars on our roads. Some of the rules, such as the need to render assistance after a crash or carry a licence, still assume a human driver, and not a robot, is behind the wheel. 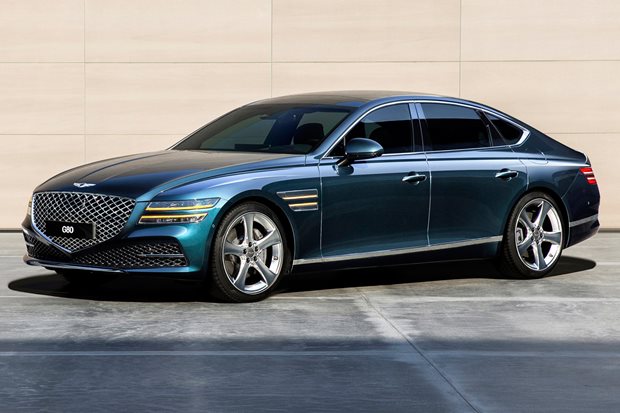 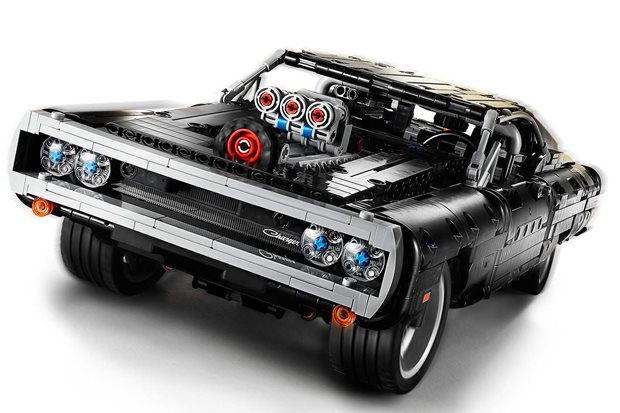