ELON Musk, founder and CEO of Tesla, has fired off a number of unprompted tweets, giving more insight into the company’s upcoming model plans.

Tesla currently sells just the Model S and Model X sedan and SUV – both of which are all electric (naturally). However, it’s smaller, more affordable, Model 3 sedan is set to be unveiled soon. How soon? July, according to a tweet from Musk. 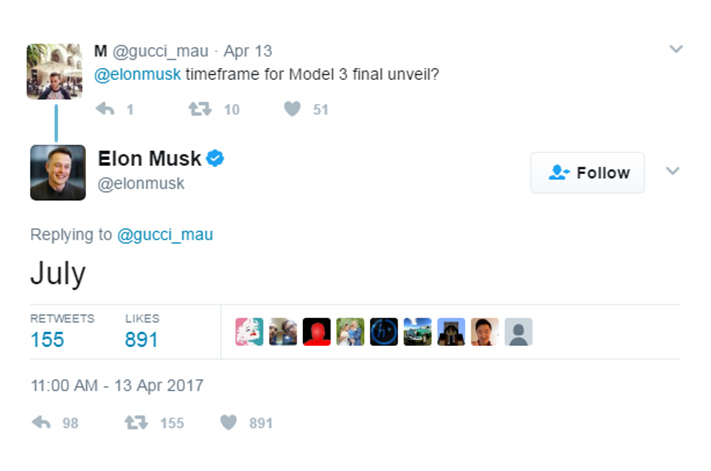 Interacting with a follower on Twitter, Musk then let loose another tasty tidbit of information. When probed on the timeline for the Tesla Pickup (which had been announced as part of the Californian company’s “Masterplan Part Deux”), Musk replied the electric tradie-mobile is expected to be unveiled in 18-24 months. 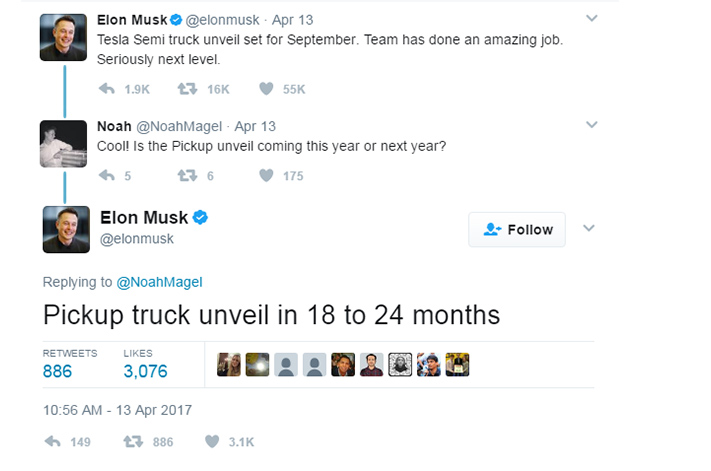 Speaking to WhichCar at the launch of the Model X Down Under, Tesla Australia’s head of public relations, Heath Walker, said the electric ute had so far generated significant local interest. 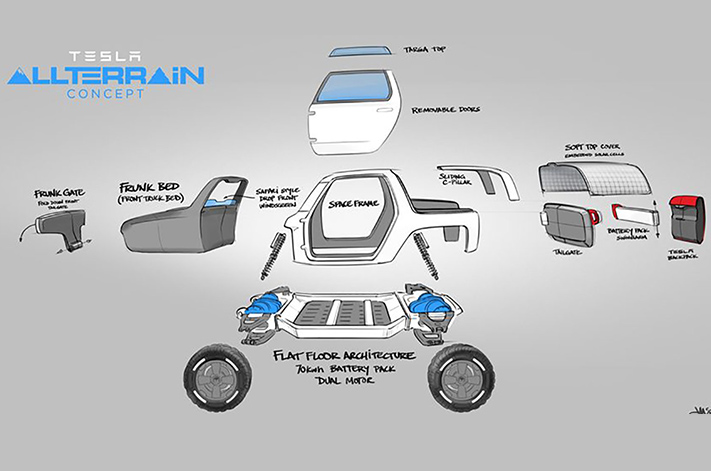 “It’s certainly exciting because I think this market is very similar to the US and there’s a huge [ute] uptake,” he said.

“All you need to do is look at the number-one selling car of the last twelve months – that’s the model type. It’s certainly a segment that we need to move into.

“The nice thing is, looking at our social media commentary, we actually get that request quite a bit,”

Trade utes continue to win big with buyers in Australia, with the Toyota Hilux claiming the title of best-selling car of 2016. 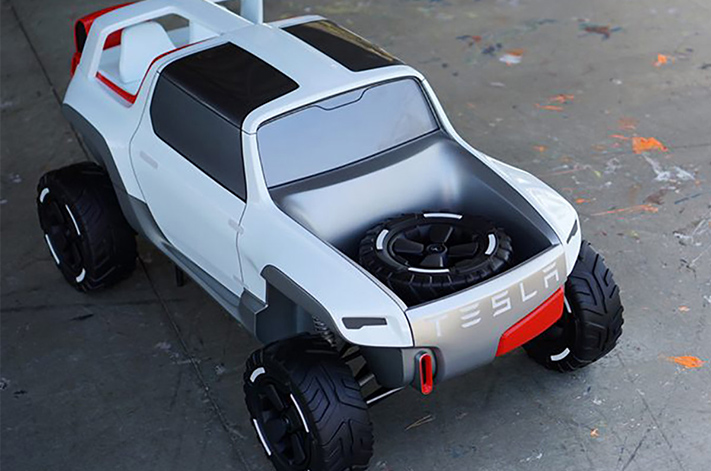 The pickup wasn’t the only thing Musk gave an update for, announcing the company’s semi-trailer truck will be unveiled in September. Tesla’s truck plans were also announced in the brand’s Master Plan part two. 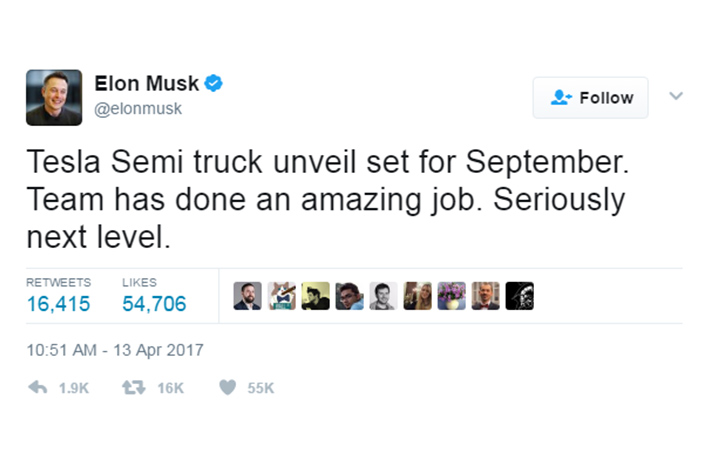 Finally, Musk reiterated the second generation Tesla Roadster would be a convertible. Tesla’s first vehicle, the Roadster, was a Lotus Evora body and chassis with an electric heart, which ceased production in 2012. 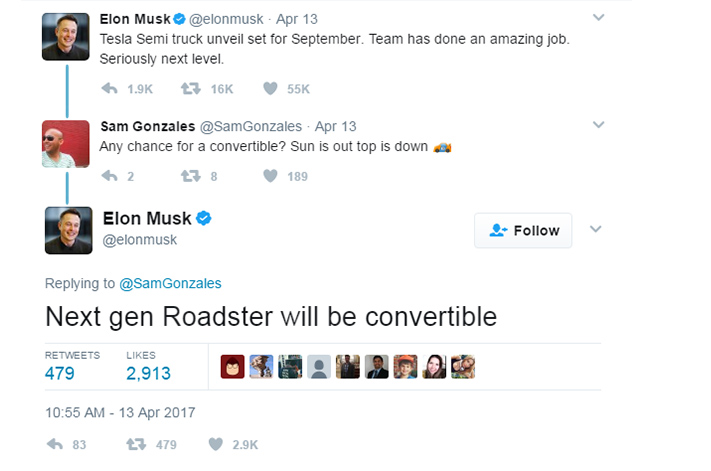 If Musk’s timeline eventuates, Tesla’s gigafactory will be a very busy place, with the company projecting it will be producing 5000 vehicles a week once production starts.