Skoda has boldly announced it will launch 30 new models in Europe in the next three years, and while we know that Australia will get two of the most important new models in this onslaught, we will miss out on potentially the most interesting ones.

WhichCar has already confirmed that the Skoda Scala hatchback and Kamiq compact SUV are coming to Australia. After chatting with senior Skoda management at the Frankfurt Motor Show, we can now narrow down their arrival time to April 2020. We can also confirm that higher-spec, sporty-looking Monte Carlo versions of both will be a part of the lineup from day one.

The Scala small hatchback will slot in between the tiny Fabia hatch and the Octavia hatch and wagon, and go head to head with the Toyota Corolla, Volkswagen Golf, Mazda 3 and others in the highly competitive small car segment. In typical Skoda fashion, the Scala will likely carry a price advantage over its Japanese and European rivals, suggestion a sub-$25,000 starting point for the base model. 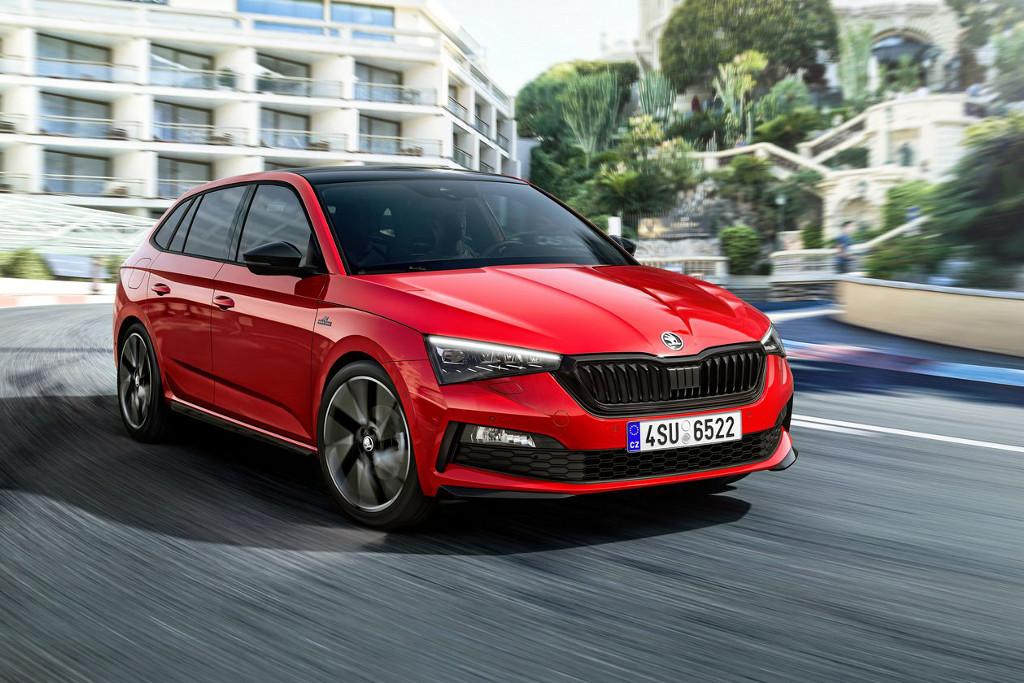 European Scala buyers have a choice of 1.0-litre and 1.5-litre turbocharged petrol engines; it’s likely Australia will only see the latter, mated to a seven-speed dual-clutch transmission driving the front wheels.

Practicality is always a strong point with Skoda models; the Scala’s cabin has more space than the Golf, and its 467-litre boot is by far the best in class.

The Skoda Kamiq is a small SUV which will slot in under the larger Karoq and much larger Kodiak. Based on the same VW Polo-derived MQB A0 platform as the Scala, the Kamiq will go head to head with the Mazda CX-3, Toyota CH-R and Volkswagen’s forthcoming T-Cross crossover.

For Australians with a more sporty bent, Monte Carlo versions of both the Scala (below left) and Kamiq (below right) debuted at the Frankfurt show. Don’t expect extra performance, however, because even though Skoda says “the Monte Carlo emphasises the sporty and dynamic nature” of the two models, the Monte Carlo is little more than an equipment grade which ups the visual ante outside and in.

Skoda also revealed its new iV ‘sub-brand’ focused on plug-in hybrid technology, which it calls “innovative, intelligent and inspiring”. Eventually, the iV brand will embrace fully electric cars, but for now, the only model potentially available to Australia is the Skoda Superb iV, a plug-in hybrid which Volkswagen Australia said “will not come to Australia."

"It’s an interim technology; we will wait for fully electric models,” said a company spokesperson.