A Mustang was the unlikely subject used to patent the idea, which will more likely be used on SUVs should it become a reality

You don’t normally associate Ford Mustangs with cyclists, at least not positively, yet the American carmaker has patented a rack that slides out of rear of the brutish coupe to hold two bikes.

The patent, filed earlier this month by Ford Global Technologies, shows two spring-loaded poles that slide out of the rear bumper with straps attached to secure the bike wheels.

The bikes are mounted side by side and straddle the two poles which can also be partially revealed if you only need to store one bike. 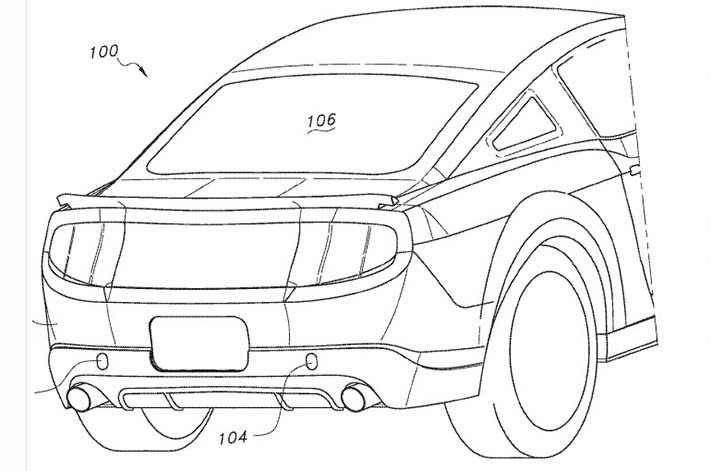 As the background information on the patent papers points out, the system overcomes the issues associated with aftermarket rear-hatch or trunk-mounted carriers which block boot access and require a tow bar for them to be attached.

“To solve these and other problems, the present disclosure relates to a retractable bicycle carrier system,” the patent states. “Advantageously, the described system can be retracted into a portion of the vehicle, and this does not impact vehicle styling when not in use to carry bicycles.”

While the pictures on the patent papers show the rear of a Ford Mustang, the introduction suggests it’s more intended for use with SUVs without obstructing rear access via the tailgate. 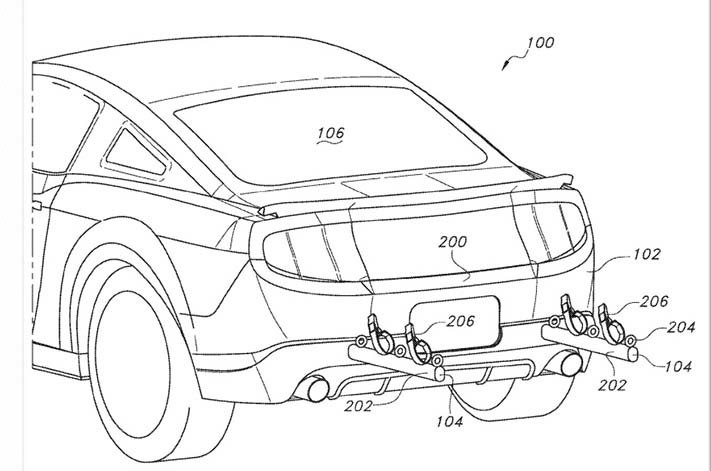 “The described system advantageously allows access to a vehicle cargo area of a sport utility vehicle (SUV), crossover utility vehicle (SIV), van etc, even when bicycles are being transported. In turn, the described system does not impact available vehicle cargo space area when bicycles are being transported.”

The system was initially met with bemusement because of the choice of vehicle to base it, but it actually seems like a good idea which solves the convenience issues associated with car bike carriers - whether they’re on a Ford Mustang, Mondeo or Escape.