Patent approved for a ‘sticky bonnet’ for Google’s autonomous cars that pedestrians and cyclists will stick to in the event of an impact.

Google has revealed it wants to coat its self-driving cars in sticky goo so that if it collides with a pedestrian they will stick to the bonnet rather than be thrown to the ground.

An application from the search, mapping, and software giant, approved by the US Patent Office this week, proposes a safety system that would coat the bonnet and front fenders of its autonomous cars with a sticky layer covered by an eggshell-like surface.

The idea is that if an autonomous car hits a pedestrian or cyclist, the surface will break, attaching the pedestrian/cyclist to the car and preventing more serious injuries from a secondary impact. 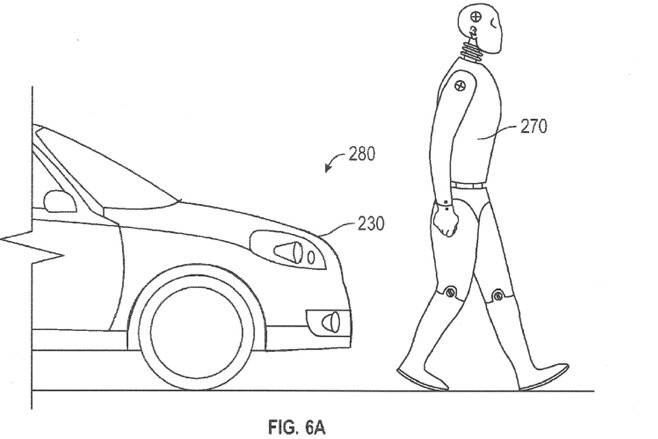 The patent reads: “Injury to the pedestrian is often caused not only by the initial impact of the vehicle and the pedestrian, but also by the ensuing secondary impact between the pedestrian and the road surface or other object.”

Google has even suggested that autonomous cars’ windscreens could include a tacky sub-layer that grabs onto and holds objects that hit them. Perfect for those nights your car is parked under a tree and you want to add to your leaf collection…

But other questions need to be asked about gluing a human to the bonnet of a moving car, which sounds like some kind of torture method in an action movie to us.

The protective layer over the adhesive is to ensure the bonnet is shielded from road debris, dirt, water and other external factors and is only meant to break upon impact. According to the patent, Google also wants the adhesive coating “to release after a short period of time to allow for the removal of the pedestrian from the vehicle.” So that’s two hurdles solved. 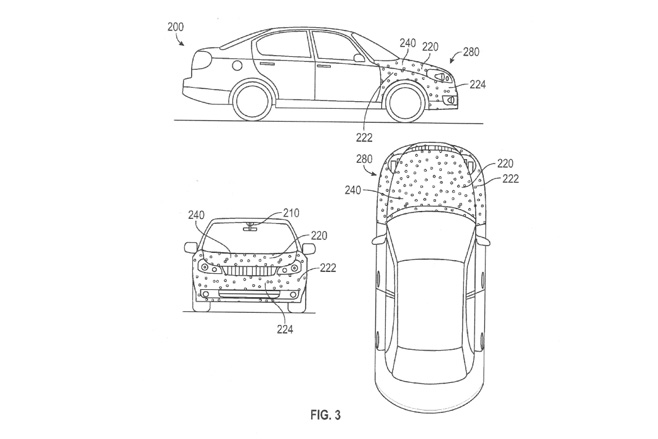 But what if, for example, the vehicle spirals into another object after the initial car/pedestrian prang, like a tree? The object or person stuck to the bonnet has no chance.

And what happens to the eggshell bonnet if the car hits an animal? Aside from dealing with the trauma of killing Fido or Fifi, you’re left to fork out money to replace the bonnet. And we doubt a fancy sticky bonnet will be cheap.

Then there’s the mental image of a large bird landing forcefully on a bonnet, only to spend the rest of its days flapping about like a Rolls-Royce Spirit of Ecstasy mascot come to life.

Thankfully, outlandish patents don’t always make it to actual consumer products but at the very least, it’s comforting to know car makers are investing time and money into road safety.