The way we buy our Commodores will soon change as Holden prepares for its October 20 shutdown.

Holden will soon close the order books to buyers who want to customise a Holden Commodore, the carmaker has revealed.

The current Holden Commodore has entered into its last nine months before the final locally made car rolls off the South Australian assembly line on October 20, ending almost 70 years of unbroken Holden car production. A fully imported version based on the European-designed Opel Insignia will replace it from 2018.

As part of its plans for the shutdown, Holden has revealed that customers will have until about April to walk into a dealership and request the body shape, colour and options they’d like to feature on the Commodore they will park in their driveway. Beyond that date, buyers will have to walk into a dealership and choose from one of the cars on show.

“We expect customers will be able to select a vehicle at dealers (rather than design themselves) later in the year,” Holden spokesman Mark Flintoft told WhichCar. “It’s difficult to put an exact timing on this so we’re encouraging customers to visit their local Holden dealer earlier rather than later.” 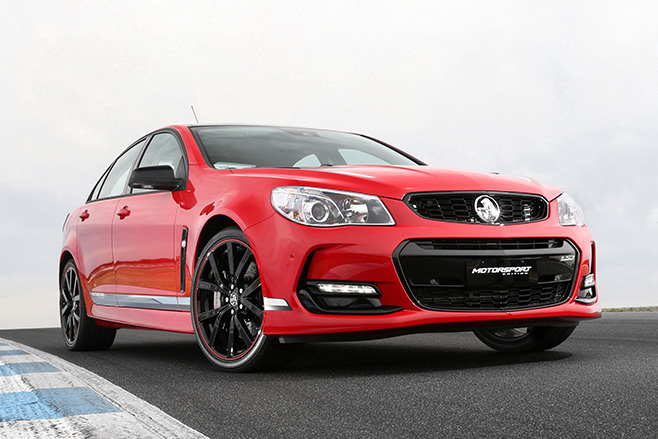 Holden has predicted it will build about 30,000 Commodore-badged cars this year – almost 4000 more than it sold in 2016. The carmaker plans to build the Commodore in all its variants – sedan, wagon and ute – right up to the October 20 deadline.

Those tweaks have included price jumps for V8-engined SS and SS-V Redline models, which have climbed $2500 – although Holden claims the higher cost is more than offset by extra features, such as a head-up display, bonnet vents and extra chrome highlights introduced to the range as part of running model changes.

It means the price of joining Holden’s V8 club, based on the entry-level $44,990 six-speed manual transmission Holden Commodore SS, rises to $47,490 before on-road costs.

In the lead-up to the shutdown, Holden has revealed limited-edition runs of its SS-V Redline-badged sedan and ute, and the more luxury-oriented, V8-engined Calais V to build interest in the Commodore range. The trio of cars also dips into the history of the brand, wearing the Magnum badge on the ute and the Director badge on the Calais.

Holden is expected to announce more details of how we will buy the last of the Aussie-made Commodores in the next week.