Honda Accord sedan given fresh look and smartphone tech

The Honda Accord has received its first facelift since it went on sale in 2013, plus current-gen smartphone tech and extra safety equipment

The Honda Accord large car has received some small updates for its first facelift since the latest, ninth-generation model went on sale in mid 2013.

A revised look is created with subtle changes to the Accord’s front and rear ends. The nose adopts a new ‘wing’ chrome strip on top of the grille, the headlamps feature a new LED cluster arrangement, and the foglights are now LED and housed within a sportier-looking lower bumper. 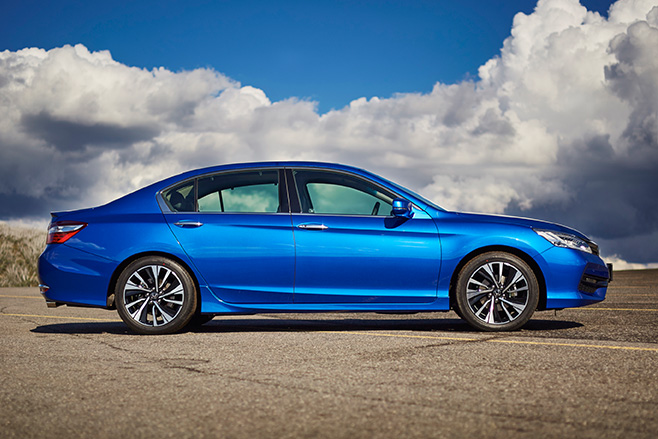 The Accord’s tail-light lenses are also tweaked and are accompanied by a chrome strip that is now wider and shaped to mirror the ‘wing’ grille strip. The lower rear bumper’s chrome strip is also stretched further across.

The Honda Accord range comprises three models, which have crept up in price by between $1000 and $1500. 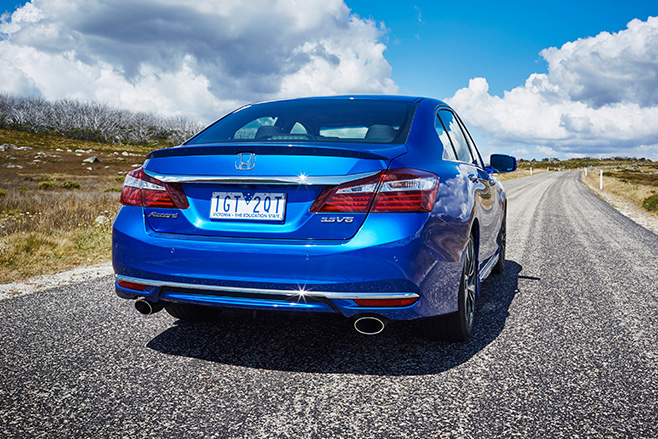 In return, the VTi base model now sits on 17-inch rather than 16-inch alloys and adds blind spot monitoring (called LaneWatch).

Honda’s mid-range Accord, the VTi-L, now includes a suite of active safety technology dubbed Honda Sensing, which was previously standard only on the top-shelf V6L model. 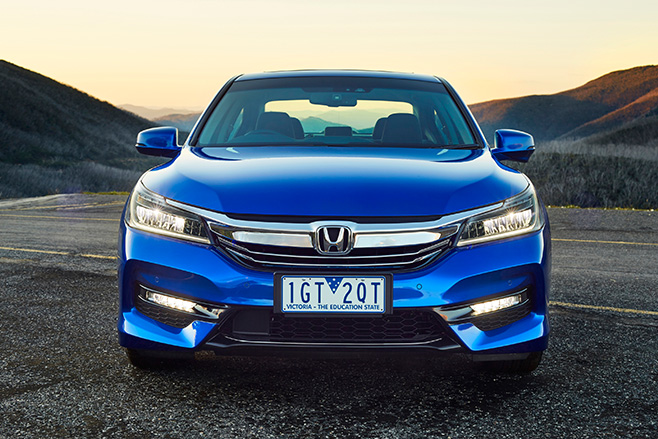 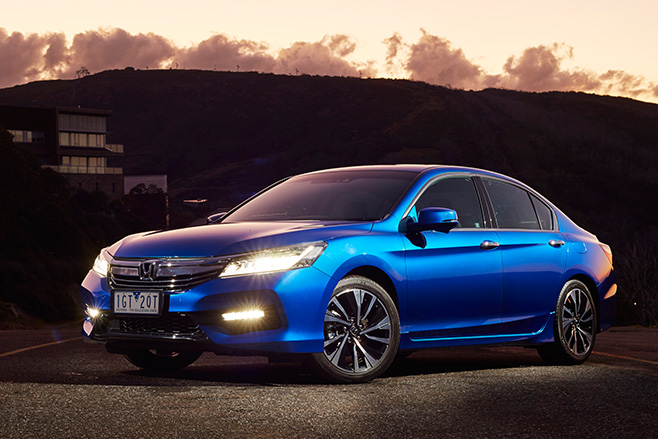 The four-cylinders remain linked to a five-speed auto that has at least one fewer gear than most modern self-shifting transmissions. The V6 is again teamed with a six-speed auto. 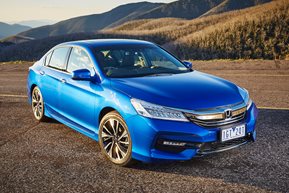