Unreleased images of the freshened-up Mazda 2 have been spilled ahead of its Aussie arrival.

Images of an upcoming Mazda 2 mid-life facelift have been leaked before the model’s official reveal, giving us an advance look at the latest version of this popular light hatch.

The images were found in a Japanese-market Mazda brochure and posted online to blog CarDrive. They show very subtle changes to the exterior appearance of the Mazda 2 – known as the Demio in Japan – though more significant changes inside have added charm and appeal to the 2’s funky cabin.. 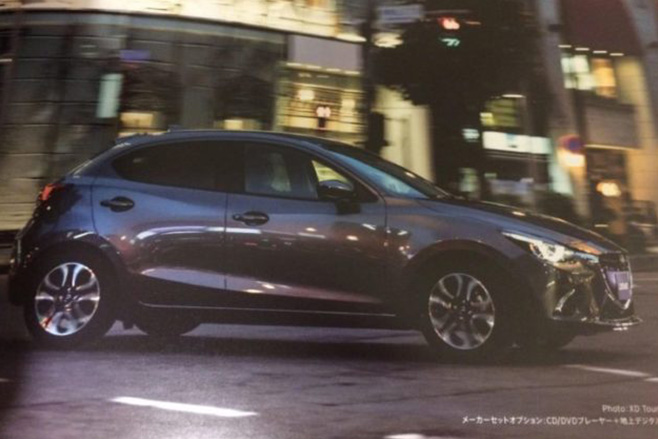 From the outside the revised yet largely familiar bodywork has updates limited to new paint options, including the Machine Grey colour debuted with the Mazda CX-9 and featuring in the Mazda MX-5 RF palette, plus some very minor tweaks to trim and bumper details.

The interior is where the Mazda 2 gets most of the design-love, with its refresh aligning the baby Mazda with the brand’s latest design signatures, which we’ve seen roll-out with the likes of the CX-9 and facelifted Mazda 3 range.

A new steering wheel is one of the obvious and significant changes, as it is the single most interacted with control in any vehicle. Side-mirrors have also received a makeover. 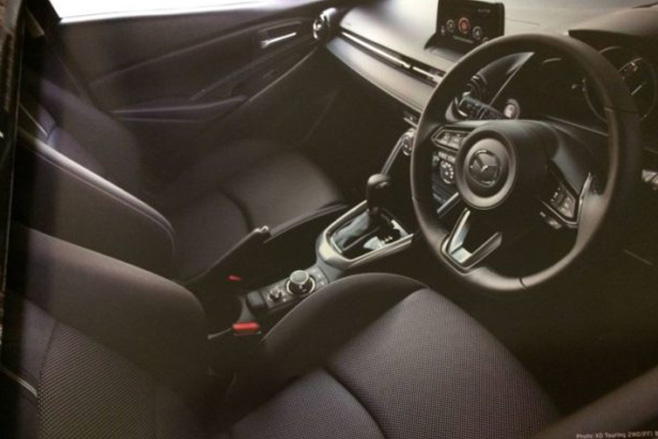 We expect the Mazda 2 to get some mechanical changes to go with the visual upgrades, although these are yet to be announced.

Mazda’s G-Vectoring Control (GVC) system, as seen in Mazda 6 and 3, is a likely addition to this model. This steering system is designed to minimise driver fatigue by reducing the amount of small corrections needed when driving in a straight line..

The local launch for the Mazda2 is next month, so we’ll deliver more details then.