Mercedes-Benz is preparing for a future where large Australian cities such as Brisbane, Sydney and Melbourne convert their central business districts into electric car-only zones.

Its solution? Provide a range of vehicles that can run in a pure-electric mode for silently and cleanly slipping along city streets closed to internal combustion engines, and then fire up the conventional engine for the longer trip to or from home.

The German luxury carmaker is certain that other cities worldwide – including here in Australia – will follow the example of some, such as London, that try to ease congestion and pollution by banning everything other than electric cars from traditionally high-traffic areas. 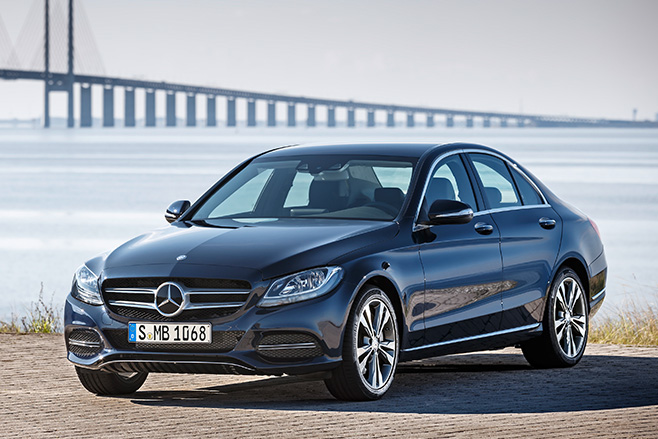 Today it announced it will add three plug-in hybrid electric vehicles to its Australian showroom, allowing owners to travel around 30 kilometres in electric-only mode. The cars include a four-cylinder C-Class small sedan and wagon, and two V6-engined models – the Mercedes-Benz GLE-Class mid-size SUV and range-topping S-Class limousine. They will sell alongside the only conventional hybrid in the Benz-badged line-up, the C-Class-based 300h diesel-electric hybrid that unlike the other hybrid cars, doesn’t have a plug-in battery.

“Plug-in hybrid vehicles are an important part of our future business in Australia,” he said. 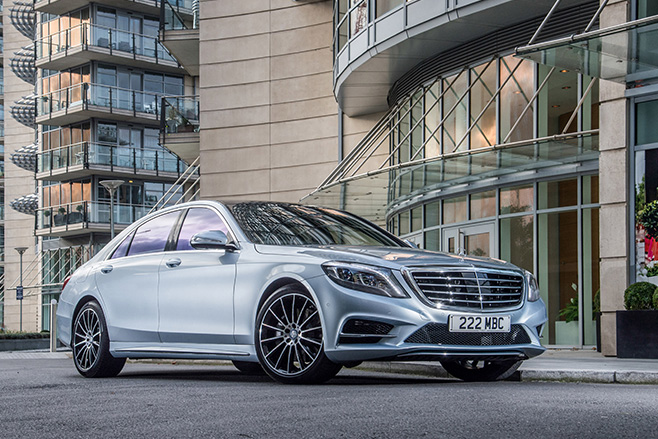 The BMW 3 Series/Audi A4-fighting C350e – the badge the small plug-in hybrid sedan and wagon will wear – can drive under electric power alone for up to 31km, with its 2.0-litre petrol engine and electric motor that sits between the engine and the automatic transmission producing a combined 205kW and 600Nm. Fuel use is officially 2.4 litres per 100km (2.6L/100km for the wagon version), and prices start from $75,300 for the sedan, with the wagon wearing a $2500 premium.

That price makes the plug-in Mercedes-Benz C-Class the most expensive model in the line-up, ignoring the $154,510 Mercedes-AMG C63 S.

The BMW X5/Audi Q5-rivalling GLE500e is priced from $124,900, making it the range’s most expensive model to not wear an AMG badge. It combines a 3.0-litre V6 with an electric motor to produce a combined 245kW and 480Nm – numbers usually associated with a small V8. 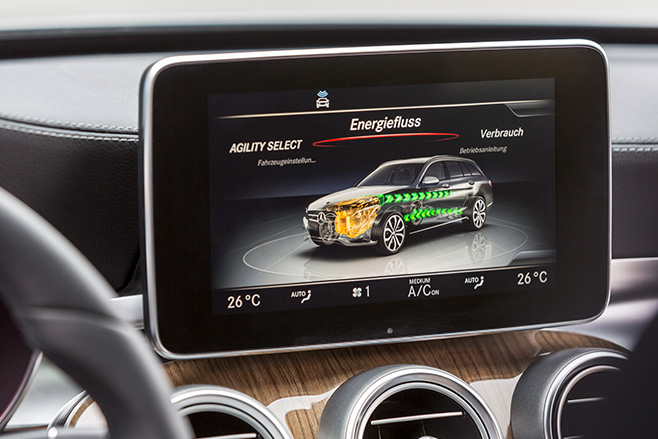 The S550e, meanwhile, is priced from $319,715, making it the most expensive non-AMG badged variant in the line-up. It uses the same 3.0L V6 engine and electric motor as in the high-riding SUV, with fuel use rated at a combined 2.8L/100km.

All three emit fewer emissions than a Toyota Prius hybrid hatchback, and all three recharge the batteries via a normal household power socket via a small socket built into the rear bumper. A wall-mounted recharging system that tops up the battery in less than half the four hours needed to top up via the wall plug is available.

Mercedes-Benz said it would launch a plug-in hybrid version of the mid-size E-Class, the E350e, early next year.