Nissan has teamed up with Margot Robbie to promote electric vehicles and showcase the Nissan BladeGlider, which will be revealed at Geneva Motor Show.

WHEN you put Margot Robbie into an all-electric sports car that can do 0-100km/h in under five seconds at Monaco under the blanket of night, you have our attention.

Nissan has appointed the Suicide Squad actor as ambassador of its electric vehicles, revealing the news with a short film of the Japanese carmaker’s all-electric Nissan BladeGlider 190km/h prototype racing around the Monaco circuit. 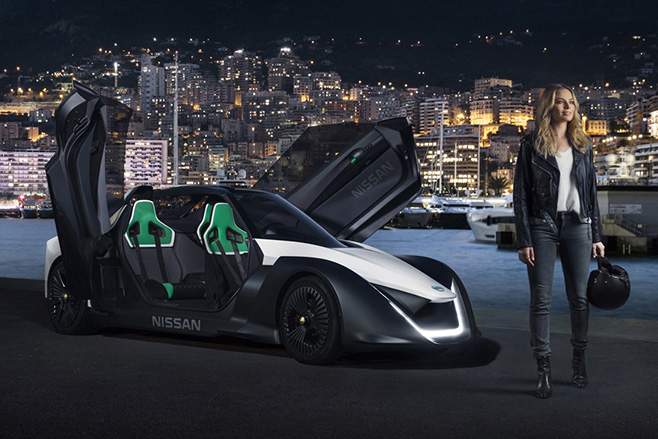 The adventurously-designed BladeGlider is a three-seat, 200kW performance car which can reportedly hit 100km/h in less than five seconds.

The appointment seems to fit well with the Australian-born actor’s environmental causes. In 2012, she announced via Twitter that she had signed as a member of Greenpeace and is an advocate for sustainability.

“More people are choosing to go electric, leading the way to a more sustainable future and the Nissan BladeGlider hints at the future of smarter performance cars,” said Robbie, who also stared in Martin Scorsese’s Wolf of Wall Street next to fellow enviro-activist Leonardo DiCaprio. 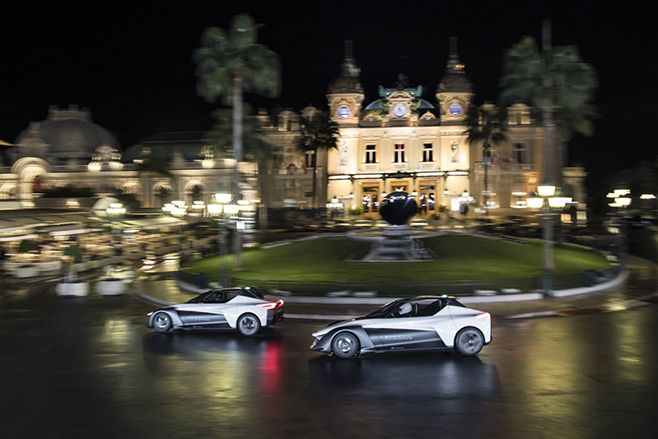 The all-electric Nissan Leaf also falls under the carmaker’s stable. The “world’s best-selling electric vehicle” has lost its spark in recent years, recording just seven sales in Australia last year, though a new-generation model is expected to hit our shores in 2018.

“It is more important than ever that we showcase all of the benefits of driving an electric car – from energy efficiency, to sustainability, from handling to performance,” said Nissan Europe’s director of Electric Vehicles, Gareth Dunsmore.

“Having Margot on board will support us in spreading news of the personal and society benefits of electric vehicles to more people than ever before.”

The BladeGlider, which was developed from a concept revealed in 2013, is a precursor to what’s to come in the future of EVs. It will to be on display next month at the Geneva Motor Show.