The advent of social media is providing all-new ways to announce news to family members.

An American deputy sheriff in California, performing a seemingly routine traffic stop, managed to pull over a woman who happened to be his own wife – and she gave him the surprise of his life.

The couple have an argument about why she was driving in a carpool lane – apparently by herself in the car – while she insists “I’m not in violation [of any road rules] at all.” Carpool lanes are supposed to be for two or more people. She insists that she isn’t actually alone in the car – even though she is clearly the only one there.

Eventually she pulls out a photo and well – see the rest for yourself. The whole thing was recorded on a dash cam.

They then posted it on his work’s social media pages:

'You'll never guess what happens when an OCSD deputy pulls over his wife for a carpool violation... #surprise #ocsdca'

Do you think it’s real or are these two acting? 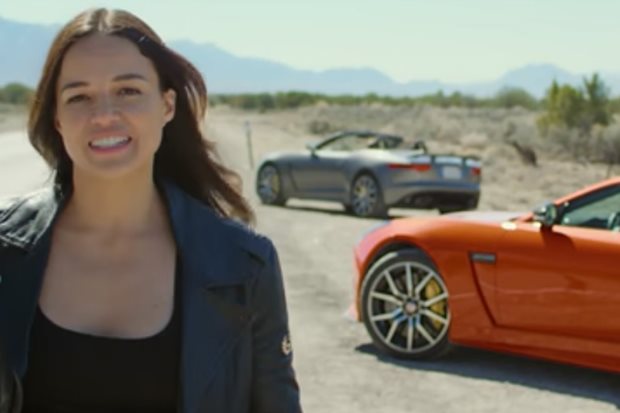 Fast & Furious both on-screen and off, Michelle Rodriguez has put the new Jaguar F-Type SVR through its paces in its first high speed test drive.