Renault Australia is busy crunching the numbers on a business case for the Grand Scenic MPV, as the French brand’s local arm contemplates adding the seven-seat people mover to its local range.

Speaking with Wheels at the Australian launch of the new Renault Koleos midsize SUV, Renault Australia boss Justin Hocevar confirmed that a seven-seat version of the Koleos is not planned – despite the Nissan X-Trail that provides the platform for the Koleos being available as a 5+2 variant.

And with the stylish Renault Espace people mover being confined to Europe as a LHD-only model, the Grand Scenic is the only seven-seat candidate currently available to Renault Australia’s product planners. 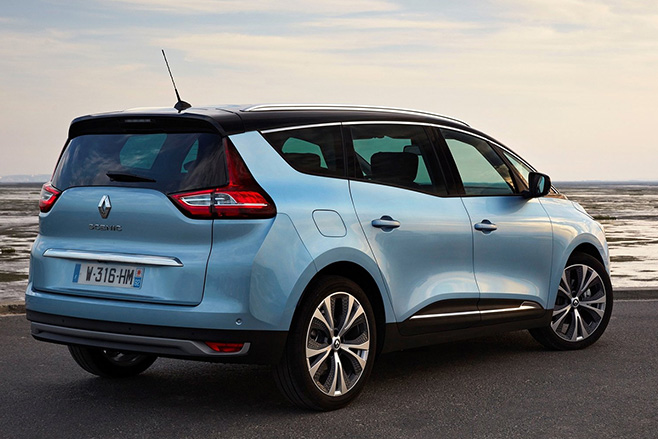 Though sales in the people mover segment are comparatively low when measured against large SUVs, Hocevar says the Grand Scenic – like the Europe-only Espace - straddles the divide between the two categories.

“I personally think Espace is a segment-breaker because they’ve really moved away from the conventions of an MPV design to bring some of the characteristics that people are looking for in an SUV: increased ride height, that lovely big glasshouse, the seating position and command over the road,” he said.

“I think that some of the attributes and design cues that I mentioned about Espace are apparent also within Grand Scenic.”

“We met with the program engineers on Grand Scenic early this year, and we quite like what they’ve done with the next-generation vehicle. So we’re having a look at it, but we’ve got a number of stakeholders to get across the line to consider the business case.” 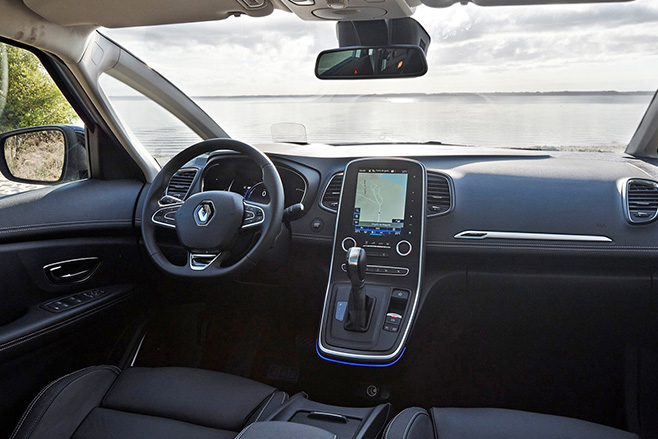 However, Hocevar pointed to the Master Bus as an example of Renault’s ability to be competitive even in slow-selling segments, with the $59,990 12-seat van-based light bus undercutting its similarly-sized Mercedes-Benz Sprinter rival by $20,000 while offering more space than the Toyota HiAce Commuter Bus

“We were able to offer a small bus with the size and quality of the German offering, for the price of the Japanese option,” Hocevar said.

A similar strategy could be applied to the Grand Scenic to enable it to steal market share from smaller people movers like the Citroen Grand C4 Picasso, Kia Rondo and Volkswagen Caddy Maxi.

Revealed in May, the Grand Scenic rides on a 2804mm wheelbase and occupies a footprint that’s 4634mm long and 1865mm wide. 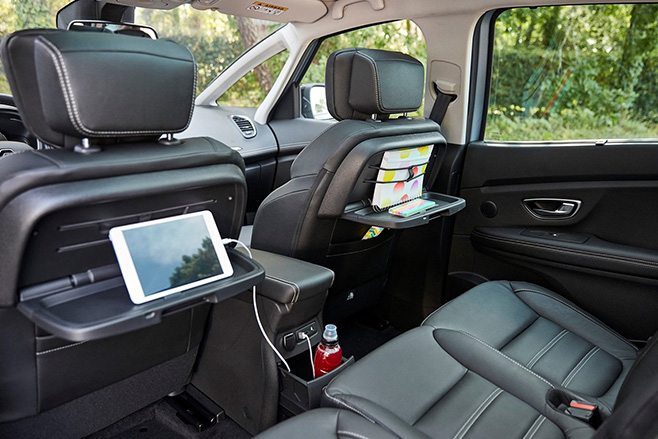 Other features include an electronic instrument panel and portrait-format infotainment display similar to that featured in the new Koleos, along with a colour head-up display and Bose audio system in high-grade models. There are plenty of pragmatic features too, with fold-down tray tables for the second row, integrated sunblinds, power-folding second and third-row seats, a plethora of USB charging points and a sliding centre console.

If you’re considering putting it on your family van shortlist, though, you may want to reconsider. Assuming it gets given a green light by Renault Australia, it’s “highly unlikely” we’ll see the Grand Scenic back on our shores before 2018 at the earliest.