Suzuki Baleno to ambush Mazda 2 and Hyundai i30

The upcoming Suzuki Baleno hatch will straddle segments in a two-pronged attack.

The long-awaited Suzuki Baleno hatch will lob in late this month taking on both the light and small-car segments respectively, with an anticipated sub $18,000 starting price for the base GL.

Powered by a 68kW/130Nm 1.4-litre four-cylinder atmo petrol engine shared with the existing Suzuki Swift, the Baleno’s length and wheelbase are a tiny bit shy of, say, a Mazda 2’s (3995/2520mm versus 4060mm/2570mm respectively), but a much more cab-forward shape and wider body (by up to 45mm) boost interior space to near Mazda 3 levels, making the newcomer one of the roomiest B-segment hatches on the market. 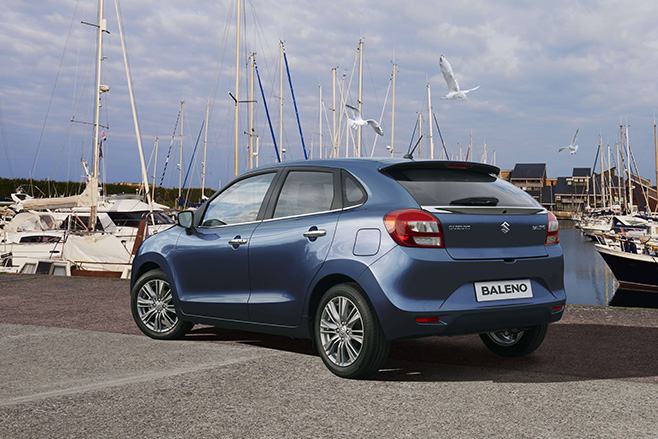 Standard features are yet to be confirmed, but it appears that a reverse camera, satellite navigation, Apple CarPlay phone connectivity, and remote keyless entry will be included in the entry-level variant.

Meanwhile, along with alloy wheels and some fancier trim, the GLX from around $20,000 will score Suzuki’s headline 82kW/170kW 1.0-litre three-cylinder turbo petrol powertrain. Dubbed Boosterjet, we understand it will drive the front wheels via either a six-speed manual or six-speed torque-converter automatic transmission, the latter in lieu of the 1.4 atmo’s rather old-fashioned four-speed auto application found in the GL. 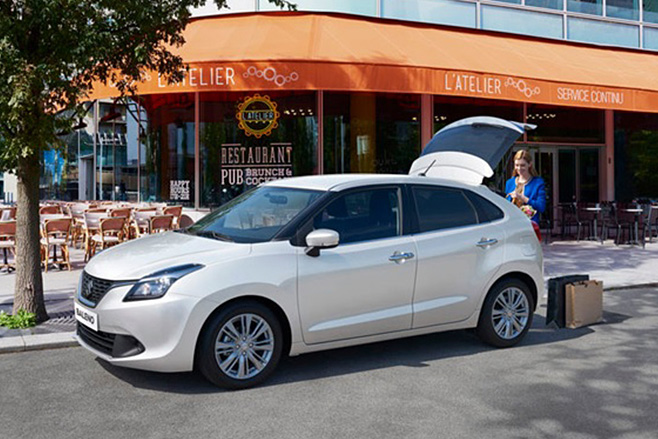 Though the GLX’s 82kW output is significantly below what the Hyundai i30, Toyota Corolla, and Mazda 3 produce, the circa 980kg kerb weight of the Suzuki is at least 200kg under some of the – admittedly larger – competition, promising sparkling performance, exceptional economy, and (hopefully) impressive agility. Overseas figures put the 0-100km/h sprint time at 11.4 seconds, and 4.5 litres per 100km on the combined EU cycle.

The Baleno’s platform is thought to be a development of the next-generation Swift due in 2017, though the two will appeal to very different sets of buyers in the light car segment, with the former aimed at people who prefer the practicality of extra rear-seat legroom and boot space, over style and spirited dynamics. 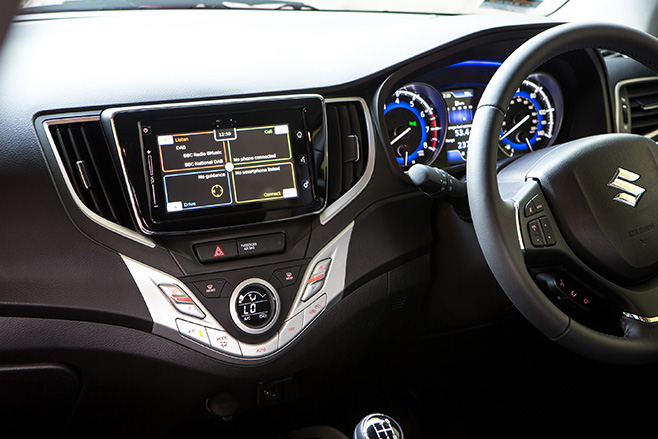 That said, both will offer very conventional chassis engineering, including a MacPherson strut front-end and a torsion beam rear suspension set-up.

The Swift, Baleno, and soon-to-be-facelifted front-drive only S-Cross will together form a three-tiered light and small car assault on the Australian market, ranging from about $18,000 to $30,000.

More Baleno details will be revealed by the end of this month, so stay tuned.