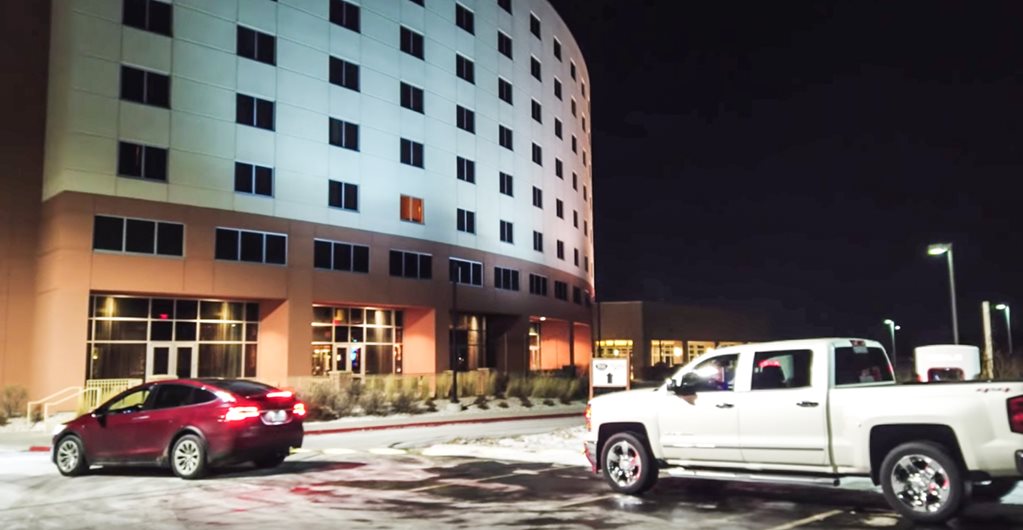 You may have seen a bit of activity on your social feeds lately about US truck owners blocking access to Tesla Supercharger and other electric charger sites because... well, who knows? It's become known as 'icing', and it's catching on across the country.

It does appear to be a pretty futile act of resistance, given you can still charge an electric car, you know, at an electric power point.

Still, one Tesla Model X owner and blogger, Patrick Lawson, has decided to see if he can 'de-ice' Supercharger stations with the help of a tow rope, an admittedly dodgy-looking towball and a length of tie-down strap.

In one corner is the Telsa Model X of unknown model designation, which can tow 2250kg of braked trailer, and in the other is a Chevrolet Silverado 1500 dual-cab, which weighs between 2300 and 2400kg.

READ MORE The future of electrification