Board meeting is likely to apply the brakes to Skoda’s rapid rise, despite it being the hand-me-down brand

IS SKODA getting too big for its cheap, generous-sized boots? Its owner, Volkswagen Group, thinks so, and is about to make a move to rein in the cheap Czech brand so that it doesn’t steal sales from other group members.

Quoting unnamed sources, Reuters reported overnight that VW was considering introducing punitive measures against the cut-price car maker, which has enjoyed a run of discounted German-developed tech and cost benefits derived from one of Europe’s cheapest workforces.

Sparking the move? Apparently it’s Skoda’s bold Vision E concept unveiled at the recent Frankfurt Motor Show. It takes the Volkswagen-developed MEB (Modular Electric Drive) and puts a Skoda twist on it to reveal the Czech brand has battery-powered ambitions as lofty as its parent group, which wants to have 50 electric cars on the world market by 2025. The first, a Volkswagen Golf-sized hatchback but wearing an “ID” badge to denote the car maker’s electric sub-brand, is due in 2020. 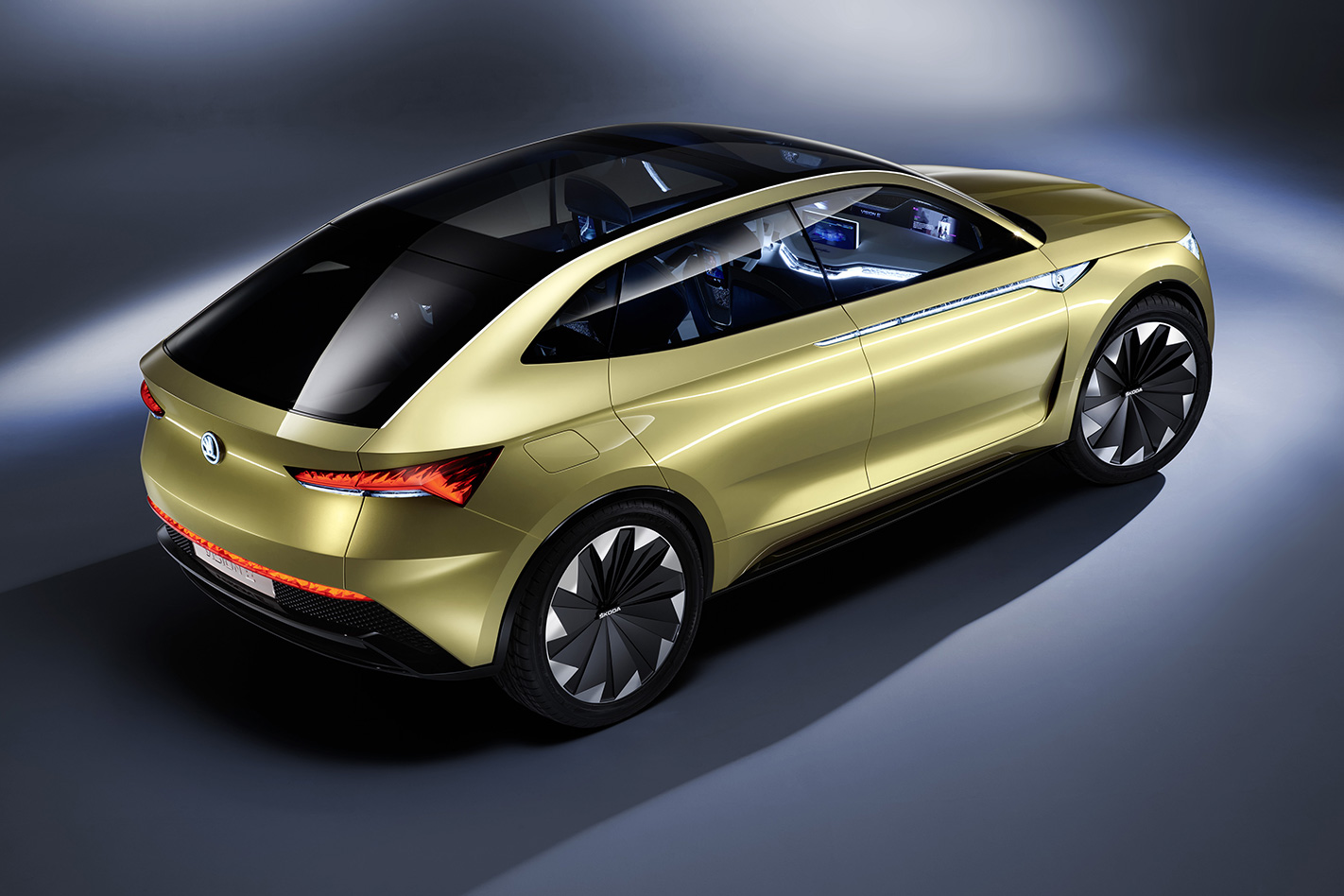 According to Reuters, VW plans charging more for the technology it hands down to Skoda, and may even move production of some of Skoda’s vehicles to Germany in response to union demands and slowing sales of the Volkswagen Passat midsize car and facelifted Golf as they prepare for new model introductions.

Volkswagen Group’s supervisory board is expected to weigh up what it will do with Skoda at a November 17 meeting that will set the budgets for each of the group’s brands, which also includes luxury and performance marques Audi, Lamborghini and Porsche, and mainstream European brand Seat.

What that means for Australia, where Skoda positions itself as a semi-premium Euro brand than lifting its Eurocentric reputation as a cheap and cheerful seller of discount cars. In mid-2016 Skoda Australia effectively removed the entry-level version of the Octavia from its showroom because no one was buying it. At the opposite end of the scale, most of the Superb liftback sedans and wagons leaving the Skoda showroom are high-end variants with optional packages, showing buyers are happy to drive away with their Czech cars fully loaded. 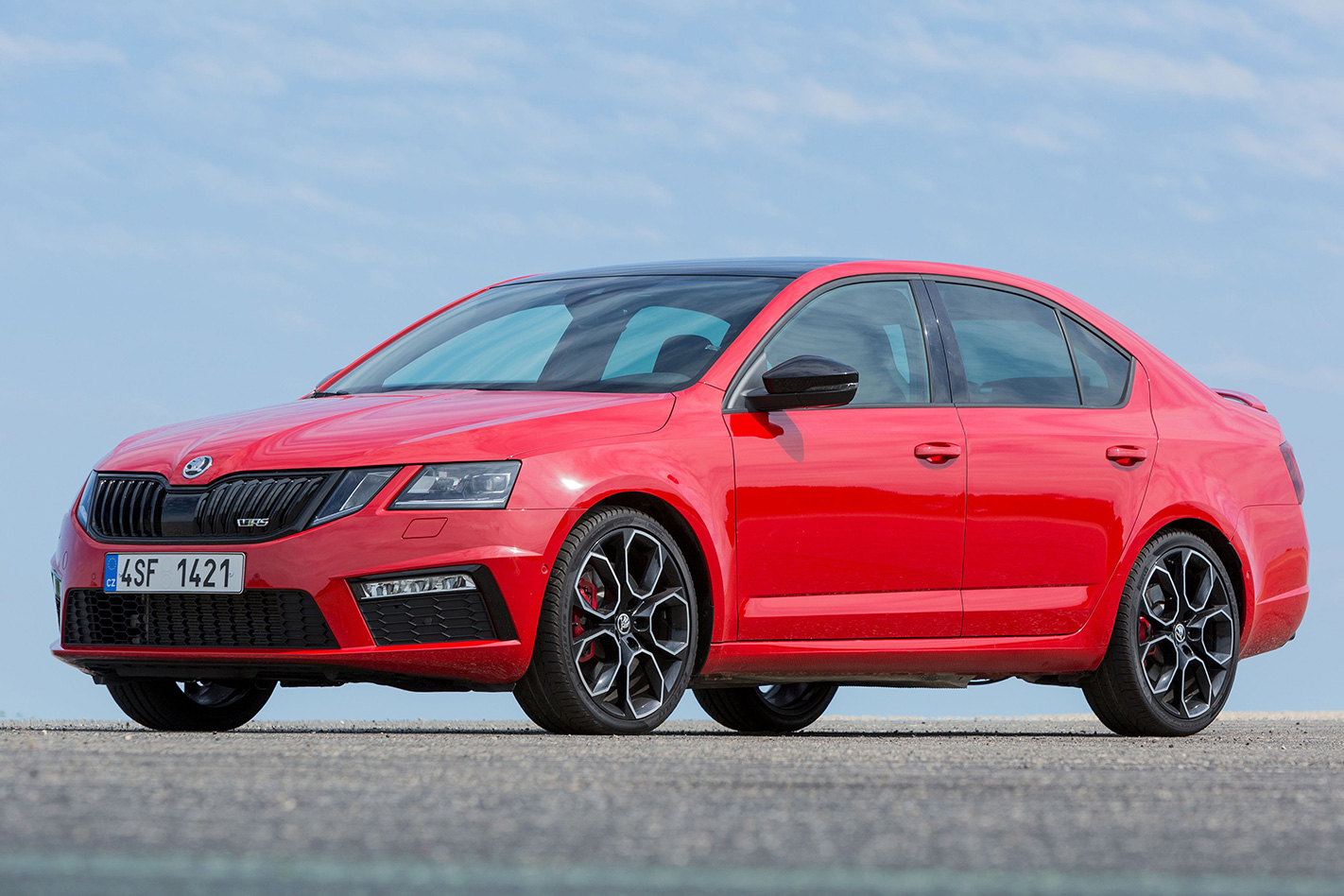 The sharp-looking, coupe-styled Skoda Vision E SUV is the Czech brand’s first battery-powered car. It’s designed to be a Level 3 autonomous car, which means the production car that will one day spin out of the Vision E will still need a driver behind the wheel, but can handle more of the mundane tasks itself such as nosing along in heavy traffic. Skoda says it will have a range of about 500km when it arrives around 2020.

Skoda is slowly building momentum in Australia after relaunching here in 2007. It’s currently having its best-ever year in terms of sales, with almost 4000 booked in the first three quarters of this year alone, an almost 17 percent gain on last year’s result for the same period, but lagging the passenger car sales of its main Euro rival, Renault.

Its Australian line-up includes the Skoda Fabia hatchback and Rapid hatch, the Octavia mid-size liftback and wagon, the Superb large liftback and wagon that will go head-to-head with Holden’s first-ever fully imported Commodore from early next year, and its SUV line-up that includes the odd-looking Yeti and the brand’s biggest sales success so far this year, the Kodiaq seven-seater. 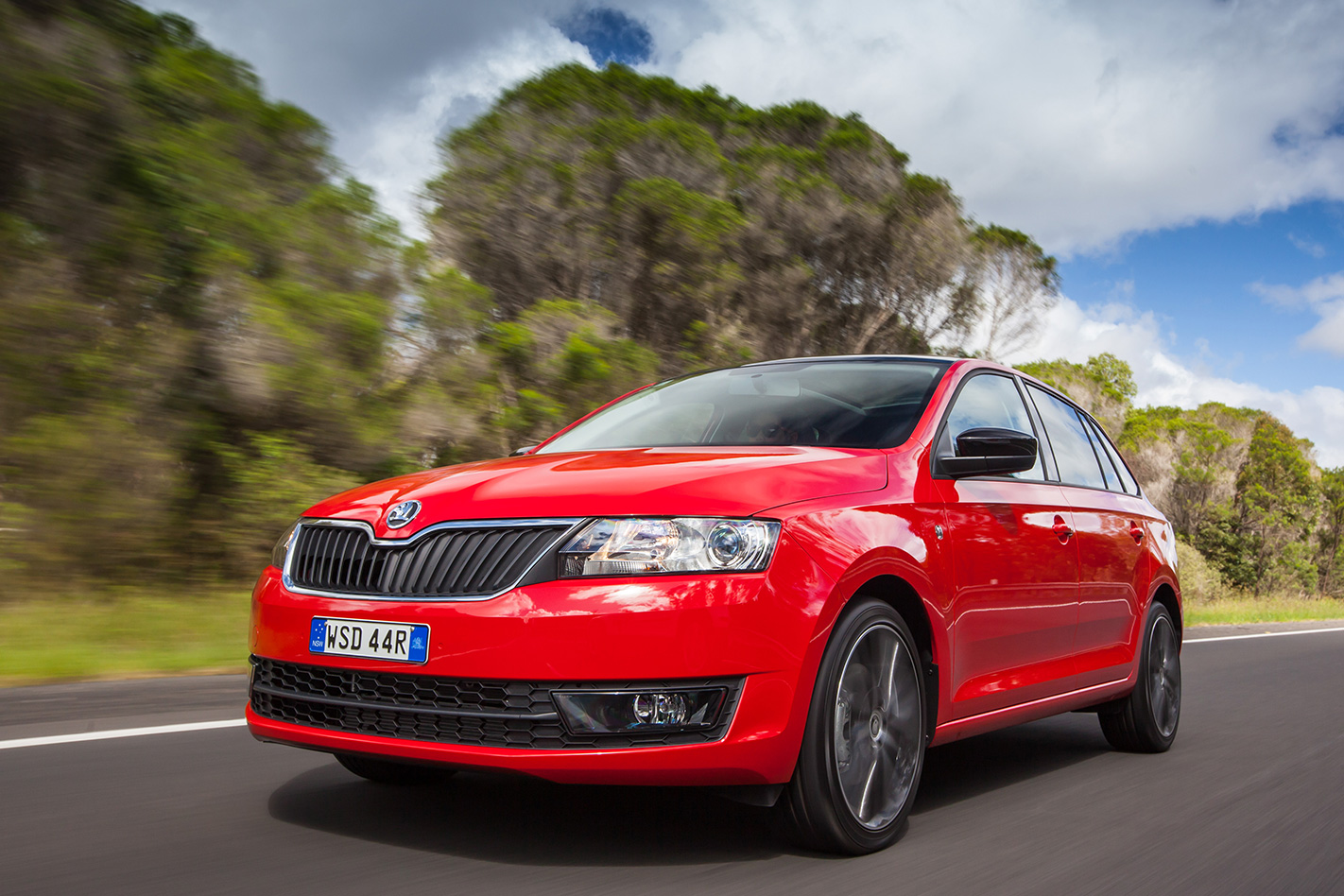 The Octavia is Skoda Australia’s best-selling model, and the fifth-biggest selling model in the medium car class where it takes on the likes of the Toyota Camry – which has ended local production ahead of the arrival of an all-new imported model that’s likely to cost more – the Ford Mondeo, and the Mazda 6.

The Fabia and the Superb – the latter has one of the best rear-seat spaces in the large-car class – also sell strongly in their segments.

The Kodiaq, available as a seven-seat rival to the likes of the almost sold-out Ford Territory, the Toyota Kluger and the Holden Trailblazer, was introduced to the Australian market midway through this year, and is yet to make a significant impact in the large SUV segment. 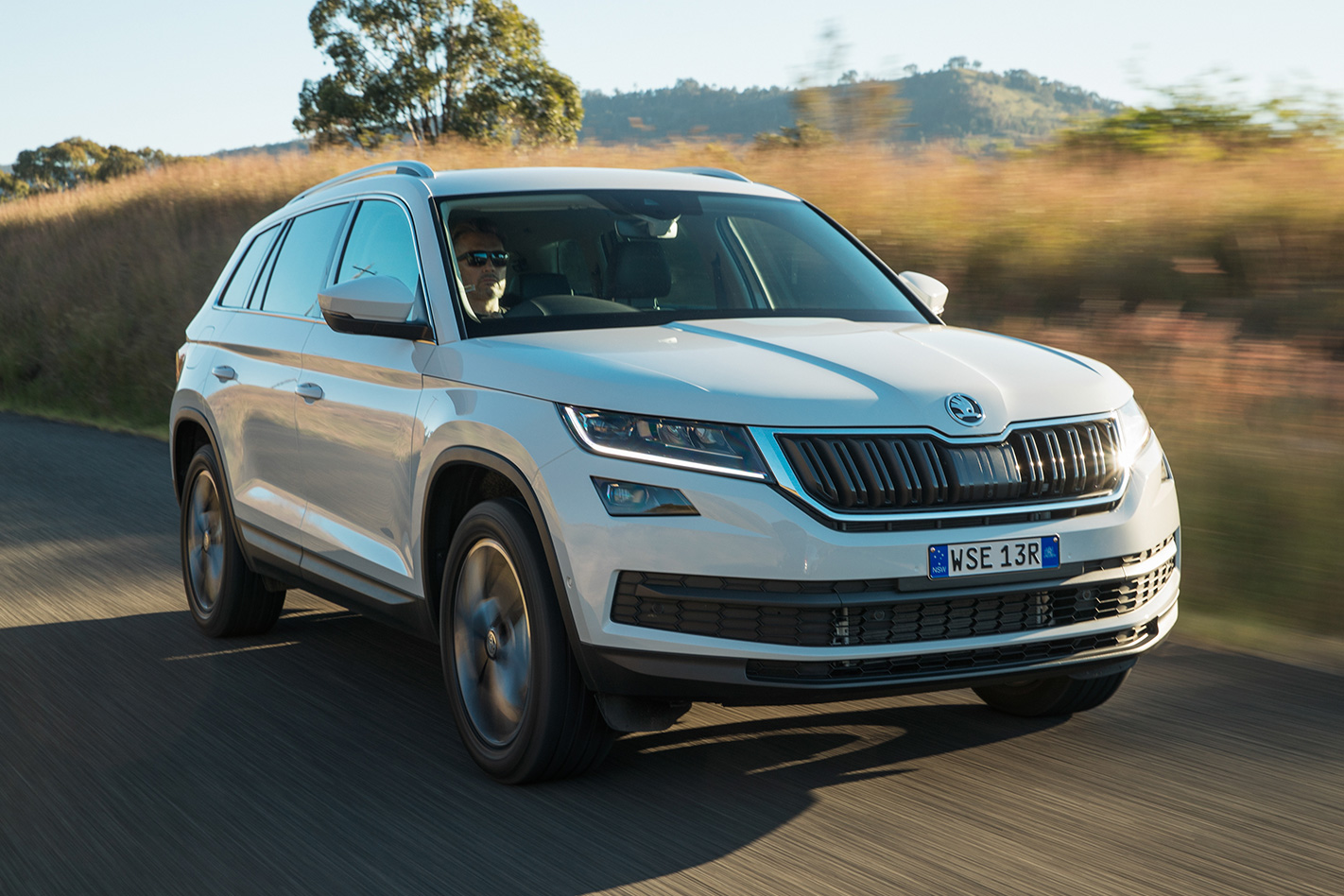 Skoda plans to launch seven new models over the next three years, including a potential RS-badged performance version of the Karoq in what could become something of a beer-budget Mercedes-AMG CL-Class rival. Midway through next year, it will add the Karoq midsize SUV, replacing the Yeti with a more traditionally styled SUV shape.

There’s also a plug-in hybrid-engined version of the Superb in the works, likely to be a petrol-electric model that can run for about 30 kilometres on electric power alone – a similar plug-in system is also being developed for the Kodiaq.

Skoda is also expected to plug a significant gap in its showroom, which is currently missing a small SUV. That is likely to be a jacked-up version of the Rapid, due in 2019 and borrowing some of the styling from the T-Roc that will fill a similar role for Volkswagen. 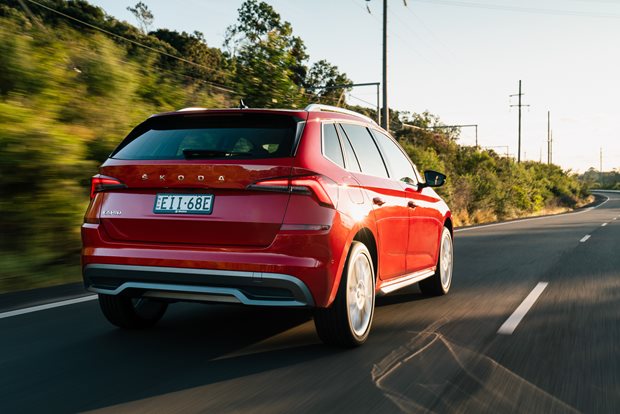