A new Volkswagen Tiguan variant could be on the horizon if spy videos from Germany are to be believed.

A Tiguan with minimal camouflaging was spotted lapping the famed Nurburgring Nordschleife with some serious haste with a distinct exhaust note that to our ears sounds remarkably like an Audi RS Q3.

The 2017 Audi RS Q3 Performance has a 2.5-litre turbocharged five-cylinder engine under the bonnet, which sends 270kW and 465Nm to all four wheels via a seven-speed dual-clutch automatic transmission.

If that engine and drivetrain package is what is lurking underneath the skin of the aforementioned Tiguan, it gives us a delectable hint an R version of VW’s mid-size SUV could be in the works. 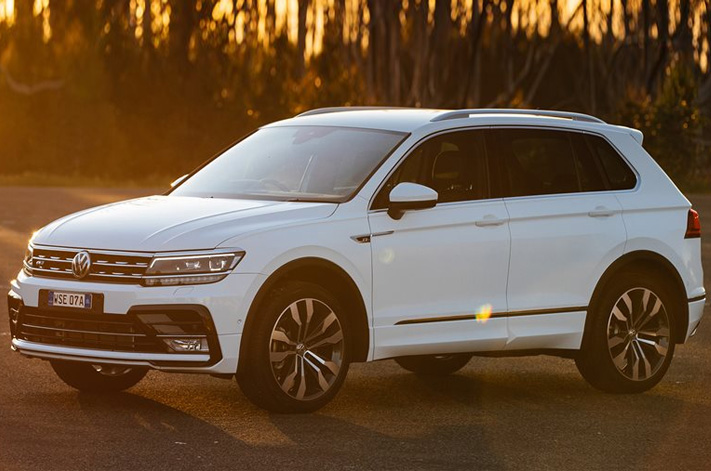 A Tiguan R would likely have a slightly detuned version of the Audi engine (which VW has access to via its ownership of its German sibling), but would sit above the current flagship of the range, the 162TSI Highline (pictured above).

The 162TSI Highline makes 162kW and 350Nm from a 2.0-litre turbocharged four-cylinder mated to a seven-speed dual-clutch automatic sending power to all four wheels. It is the same engine found in the current Mk7.5 Golf GTi.

The current Tiguan range-topper costs $48,490, while the Audi RS Q3 Performance will set you back $84,216. If it does become a reality, the Tiguan R would sit in between these two models in terms of both price and performance.