June is shaping up to be quite a month, by the feel of it. The sweep of restrictions we’ve all been subject to will start to ease, and we’ll be able to return to a life that at least resembles the one we all had before the Australian Grand Prix weekend.

Or will we? Put it this way… I’m not rushing to book plane tickets or holidays any time soon. In fact, it’s looking increasingly likely that I’ll be hitting the highway a lot more as I make the 1000km commute to Melbourne to connect up with the rest of the WhichCar team from time to time.

While it might be hard to tell from the scrums currently crowding the roofing screw aisle at Bunnings, I’m betting our lives will definitely be a little different going forward – even if we can gather in groups of 50.

I’m curious to see what transpires with commuting, too. NSW kids were essentially ordered back to school this week, with the glib throwaway line that they should all be driven there. Result: chaos at the first bell. Chances are this will be replicated as more and more offices and workplaces open for business.

In and around our business this week, it’s been all about the idiots. Like the ones criss-crossing the US at breakneck speed, the ones caught at 320km/h on UK motorways or the ones that crashed a brand new Porsche Taycan (below).

Some also might say that the lunatics are still running the asylum in the Renault Nissan Mitsubishi Alliance, too, as its new plans sew more confusion than certainty in the wake of some truly stupendous losses.

The team at Wheels dove deep into the next Ford Ranger and what we might be expecting, and the crew also unearthed an amazing story of a left-hook Commodore crossing the US (we assume not in Cannonball mode) that resonated with our readers.

We also dug in to see if there’s any merit around the notion of a cash-for-clunkers plan for Australia, and our in-depth piece on the new hydrogen plans for Australia has also fired well.

Speaking of alternative energy, Jeep’s head designer loves the idea of an electric Wrangler, we took a look at a new V8-powered SUV on its way to Australia and checked out the amazing story of a brand new 20-year-old racing Monaro.

On the new car front, we looked more closely at a trio of brand new compact SUVs en route to Australia, grilled Porsche about what it got wrong with its Cayman and said happy 30th birthday to Lexus.

We also revealed a little more sauce on the incoming Nissan 400Z and looked at just how Toyota has spiced up its tamales in the last decade (below).

And in motorsport – okay, virtual motorsport news, we looked at the peculiar case of the e-racer fired for not racing, and we looked at how Ferrari ace Charles Leclerc turned the streets of Monaco into his own playground last Sunday.

If you’re heading out this weekend, our travel restrictions update is worth a look, and don’t forget our regular new car deals page, which is updated weekly.

WhichCar TV is back on track on your screens this Sunday, our world-famous podcast is stocked with new content, and all of our social pages are brimming with fun stuff to keep you entertained as the days get chillier.

Have a great weekend, and stay safe.

It’s amazing what a bit of adversity can do to change long-held habits. Take our game, for example. I’ve been treading the same car review path for more than two decades now, but in a blink of an eye, it’s all gone away.

And yet, we’re still here. Kind of says something, doesn’t it?

Sure, we’ve all made half-hearted gestures towards changing long-held habits over the years. Working at another publishing house in the latter half of the 1990s, our bosses one day proudly whipped the covers off $40,000 worth of video conferencing gear that was going to revolutionise the way we communicated with colleagues in other markets.

If it was used a total of a dozen times in its sad, neglected life, I’d be shocked.

Now, though, car launches – like the one for the new Audi S7 and the Ford Focus ST - have moved to a model where videoing in and iso-driving is the only option, while companies like Mercedes-Benz are doubling down on digital comms for media messaging.

The notion of flying overseas to drive a car is as alien to me at the moment as flying to the moon – it’s potentially doable, but not for a bloody long time.

So there’s nothing for it but to be smart and resourceful, and to find new and cool ways to bring you the same car stuff you know and love – and I reckon we’re doing a great job of that.

It’s been a quieter week out there in the news frontier, but a few big stories still caught the imagination of the whichcar.com.au audiences across the board. Yanks, for example, are obsessed with crossing the US at obscene speeds, while closer to home, readers are keen to find out if we can even cross a state border yet.

There’s a terrific – and slightly harrowing – tale of a test driver crashing a Bugatti Veyron at 400km/h, while the V8-powered Ford Ranger Raptor project has crashed to the ground for the moment.

Tesla, meanwhile, is looking at pivoting its technology to produce a true million-mile battery, as Brabham – using the polar opposite of battery tech – put its first BT62 into a customer’s hands.

On the lighter side, we take a look at a droolworthy car palace worth a cool $30 million, and we check out a far cheaper but no less awesome Nissan Skyline R32 ute that’s up for grabs in New Zealand.

We examine the latest road toll stats in light of COVID-19 restrictions, and take a deep dive into the renewed focus on the viability of hydrogen-fuelled cars for Australia.

And speaking of new cars launching in a weird new world, we check out the Nissan Juke and the Mercedes-Benz GLB – and don’t forget our regular new car deals page, which is updated weekly.

After a couple of weeks of Breaking News segments messing with our timeslot, we’re pleased to say that WhichCar TV is back on track on your screens this Sunday. Our world-famous podcast features a great chat with Jeep head designer Mark Allen, and all of our social pages are brimming with fun stuff to keep you entertained.

Have a great weekend, and stay safe

May 16 - As the days get shorter, it seems that they are getting a little brighter – nothing like breaking the routine to lift the spirits, that’s for sure!

I managed to ‘officially sneak’ out of the home office for a few hours this week to get behind the wheel of a new car, and it was a giddy rush like I’ve not felt for a while.

I looked (and felt) presentable for the first time in months, and I went somewhere that wasn’t the nature strip across the street or the local deli! It was amazing!

What wasn’t so amazing was just how far off the pace my driving felt, though. The act of driving is a semi-conscious one, and the more you do it, the more effortless it becomes… but having only driven a computer mouse for a few weeks has taken an amazing toll on the finer points of my driving.

And, to be fair, I don’t think I was the only rusty one out there…

Be kind to yourselves as we all ease back into yet another old routine, and give yourselves a few kilometres to get back up to speed. It will come back, I promise!

It’s been another hugely busy week across the WhichCar site, led by a controversial take on the place of the dual-cab ute in our national carpark. We’d love to hear your opinion, actually – you can add a comment at the bottom of the piece.

Less controversial – but a lot more amusing – was our story on a now-unemployable truck driver who used his boss’s Ferrari as a chock. Not a great career move, we would have thought…

Plenty of people have been clicking through to our travel restriction blog to find out how soon they can hit the road, too.

There’s plenty of dual-cab content to check out too, including a look at VW’s most hotted-up Amarok to date, and a speculative gaze into the rendering crystal ball to have a look at what a new Kia dual-cab ute could look like.

Couple of great stories out of the US this week (a nice change of pace), including a secret-squirrel electric motor conversion and a look at the Jeep Wrangler’s first official crash test for the current generation. Spoiler – it didn’t go well.

We also saw a surge of interest in the news that F1 ace and world’s biggest smile record holder Daniel Ricciardo will switch teams next year, at the expense of another renowned cheery chap Seb Vettel.

Closer to our end of the budget, we also revealed that track days are back on – well, sort of.

Track days are back on - but there are conditions

We dug up a couple of rippers from the archives, too, including a Ford Falcon GT on holidays in Germany (and loving it) and a longing glance back at the Mitsubishi 380 TMR.

On a tech side, we looked at F1 gearbox tech for your car, while the state of, err,solid-state batteries was again of great interest.

And if hotrods are your bag, then a stroll through Castlemaine Rod Shop’s new digs is not to be missed.

After a couple of weeks of Breaking News segments messing with our timeslot, we’re pleased to say that WhichCar TV returns to your screens this Sunday, our world-famous podcast is back up and running, and all of our social pages are brimming with fun stuff to keep you entertained.

Have a great weekend, and stay safe. 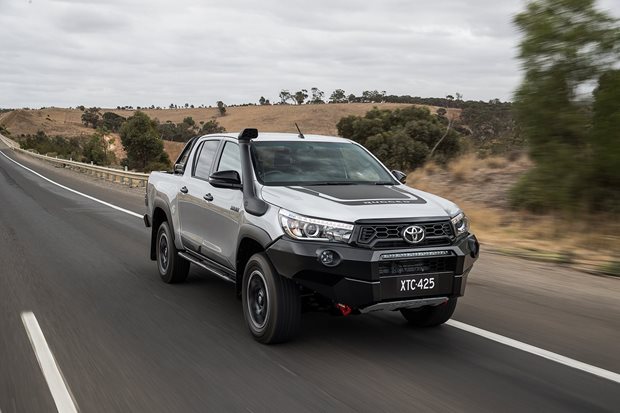 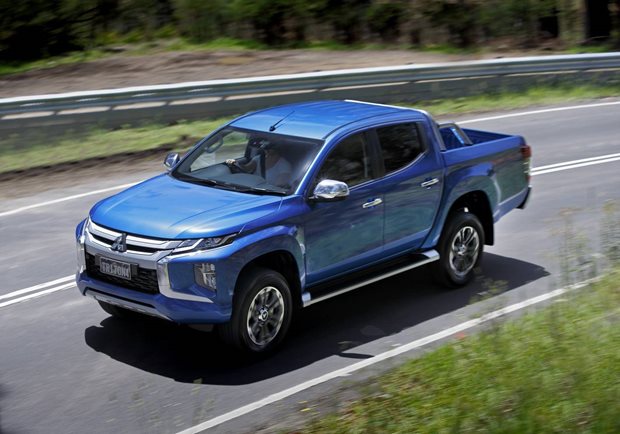 This is who will build your next dual-cab ute 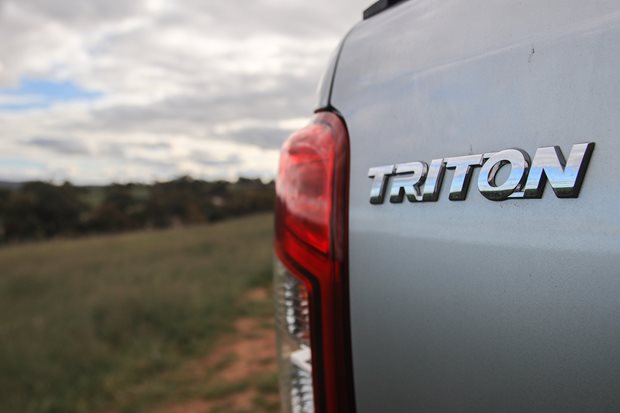