It’s been many years since the game-changing Subaru Forester and Toyota RAV4 arrived, but even though they burst onto the SUV scene at about the same time, their respective USPs were at polar opposite ends of the spectrum.

That’s what this feature was all about. We wanted to highlight the unique abilities that put the Subaru and Toyota on the map back in the mid-1990s, but also explore if the modern equivalents still possess those same hidden talents. 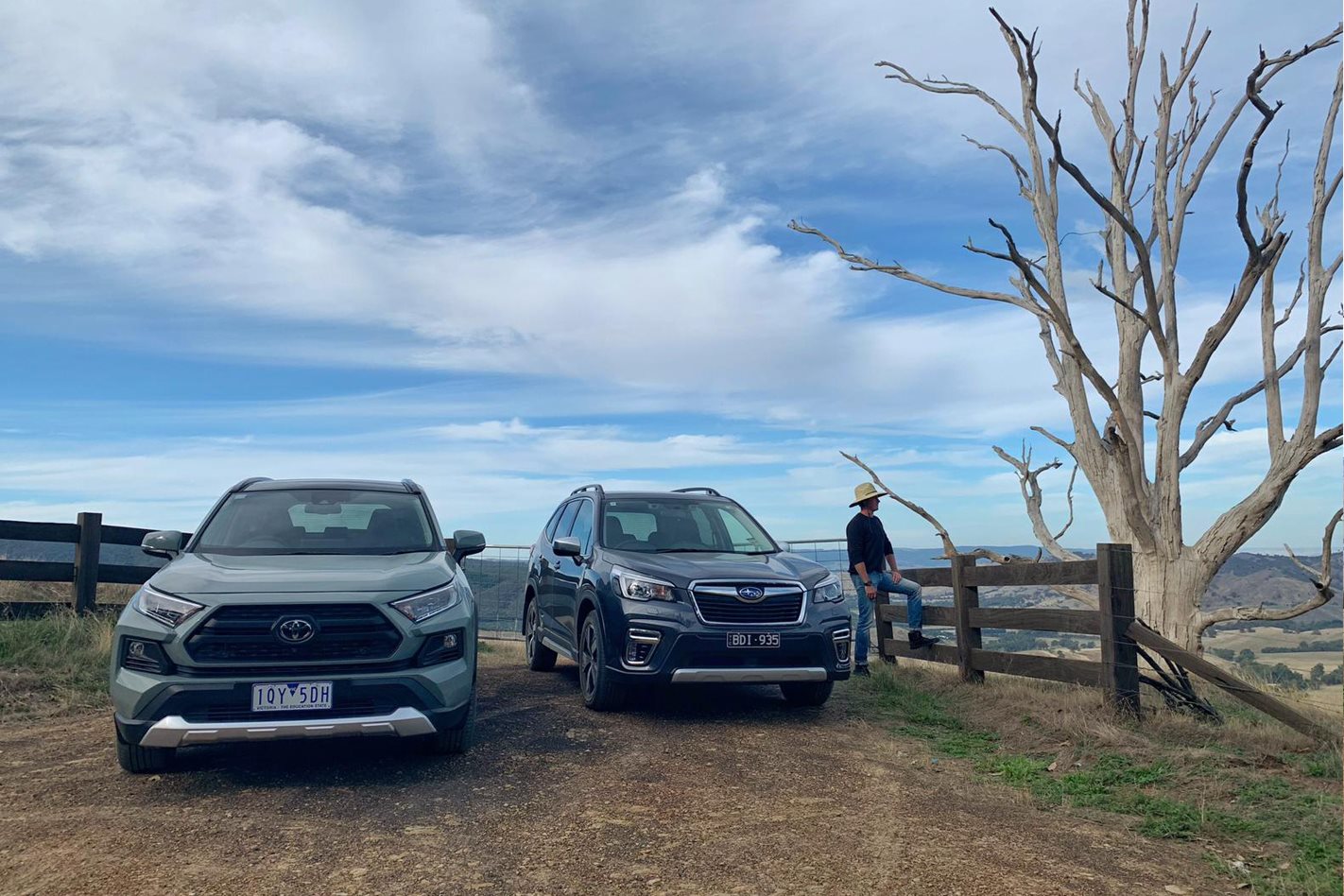 To find out, we would need both an exciting road loop to see if the RAV4 is as fun to steer as it was in the original version, as well as a serious off-road test to assess whether the Subaru can still tackle the path less travelled, just as its pioneer had.

As it happened, the location couldn’t have turned out more perfectly.

Read next: Review - RAV4 vs Forester

How we shot the feature

Not only does the countryside surrounding Broadford in central Victoria provide the perfect backdrop of stunning rolling hills, it’s also home to some great driving roads and decent off-road trails. 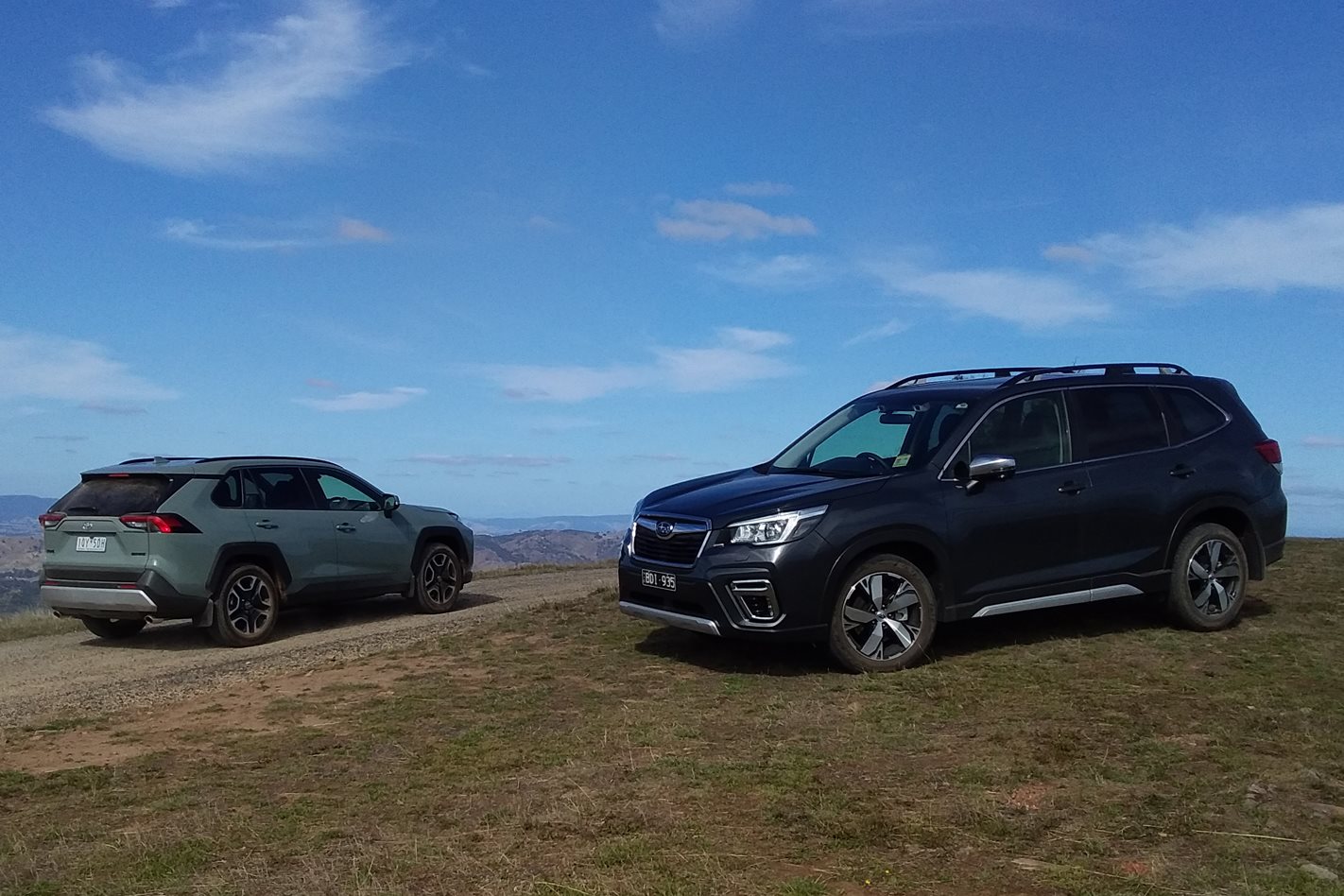 The dynamic assessment was carried out on the so-called Broadford Bends - a short but dramatically descending strip of tarmac that includes sharp turns, long sweepers and fast straights.

The protecting Armco barriers bore the signs of previous more enthusiastic drivers and, the site of one particularly unsuccessful attempt on a tightening right even had a message sprayed on the mangled metal - ouch.

But we were even luckier when it came to the off-road testing. By absolute chance, Subaru was hosting an event not 10km down the road at the Broadford Motorcycle Complex.

With a little inside help, we were kindly allowed to commandeer the excellent 4x4 track, while Subaru went about presenting its staff with the new XV Hybrid on the tight and twisting motorbike track. 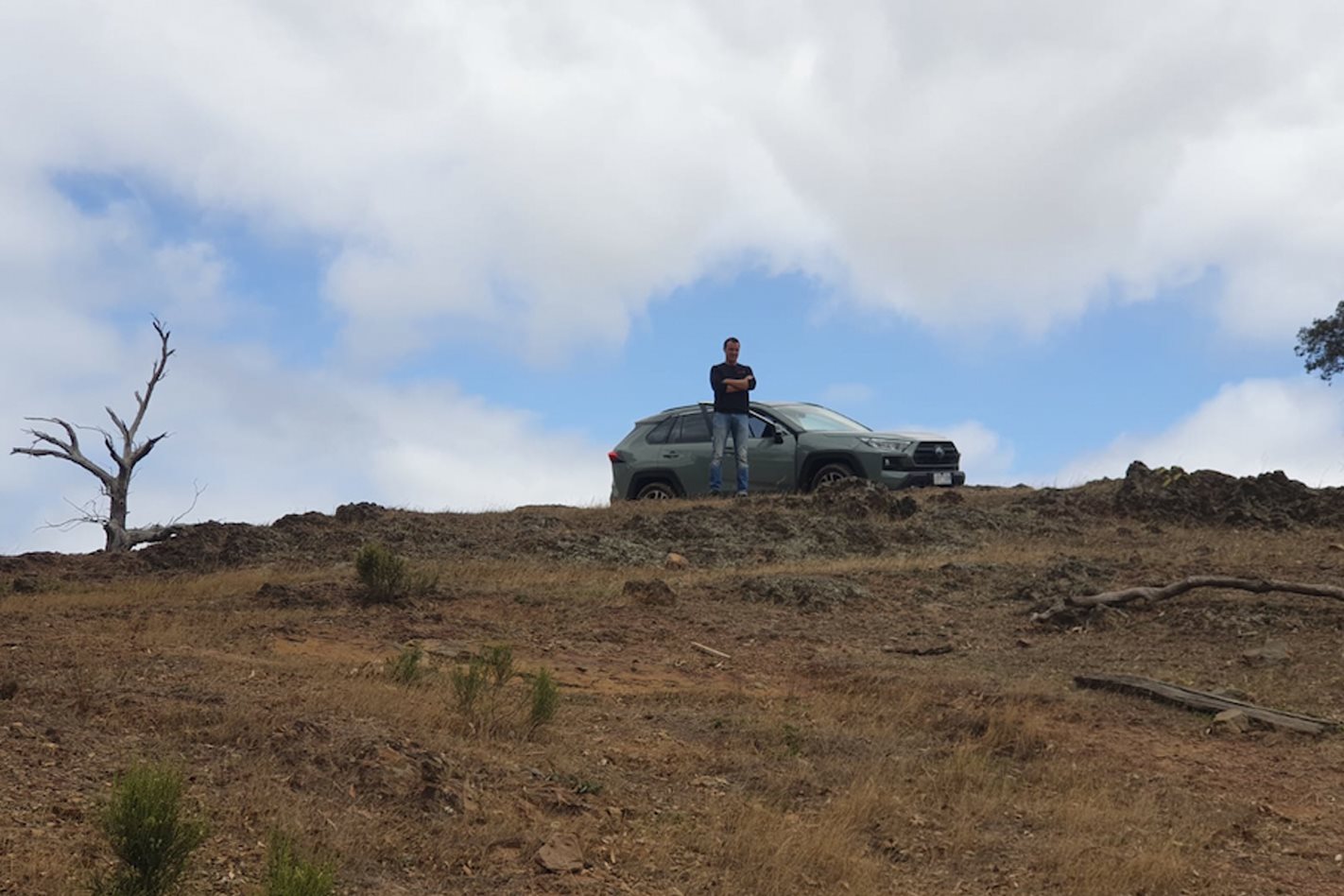 The kind access to the course allowed us to test both our cars to the absolute limit, and no faking was necessary when it came to the gnarly rocks, steep dusty climbs and difficult descents.

Our focus was, of course, the pair of Japanese SUVs, but it was sometimes difficult to explain that to director Matt who had brought along his heavily modified Ford Maverick as a support vehicle and was completely in his element. 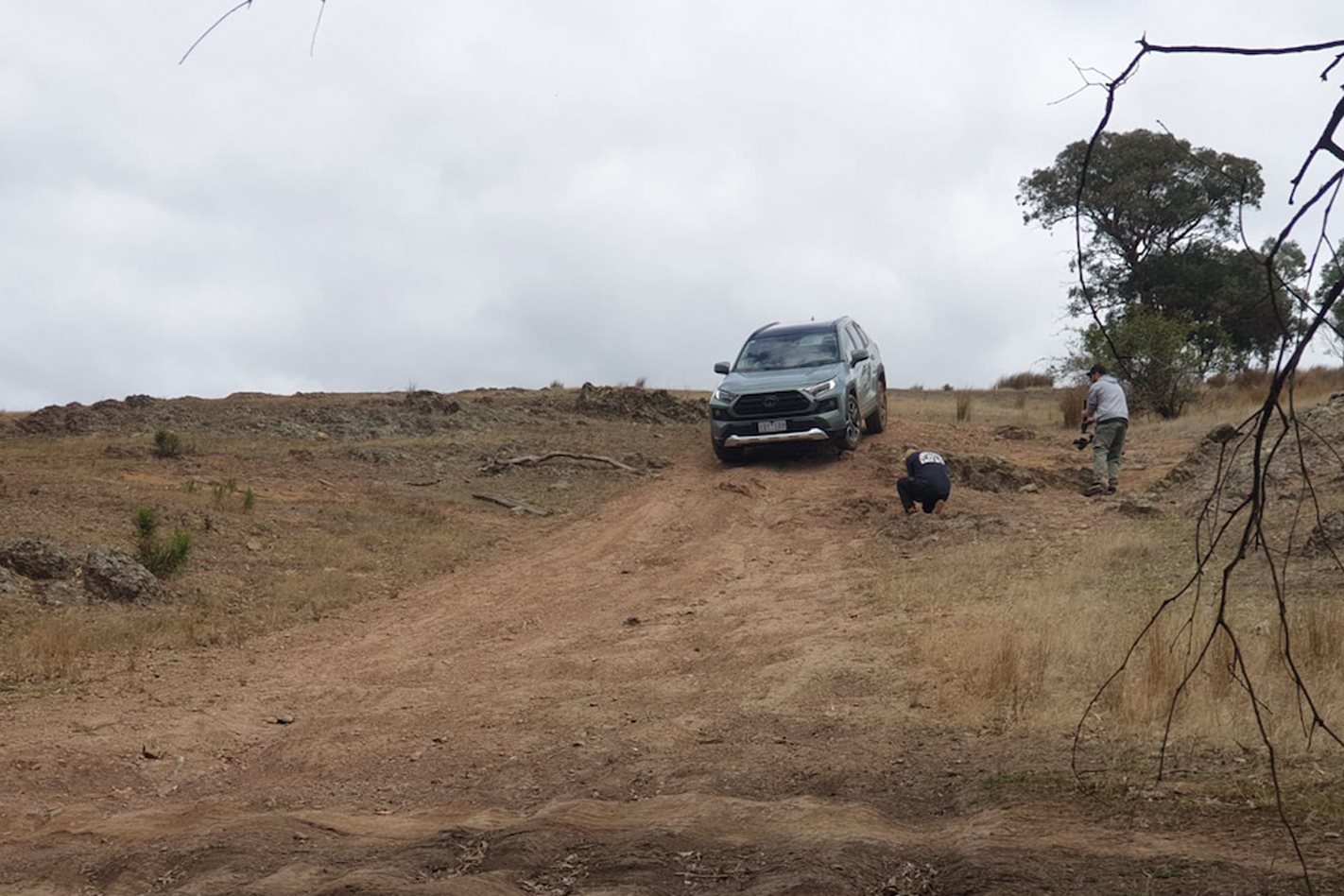 The segment concludes with our arrival at the pretty and apparently secluded waterhole, but here too, Matt and Josh pulled a little TV magic.

While it looks like we are at the end of a long and adventurous route through almost inaccessible trails, the McDougall Reservoir is actually less than a kilometre from the centre of Broadford township and accessed through a housing estate.

While I hope the water was safe enough for a dip, what you don’t see is the broken glass and a dumped washing machine I had to wade past to get the shot of me floating away on my inflatable llama. 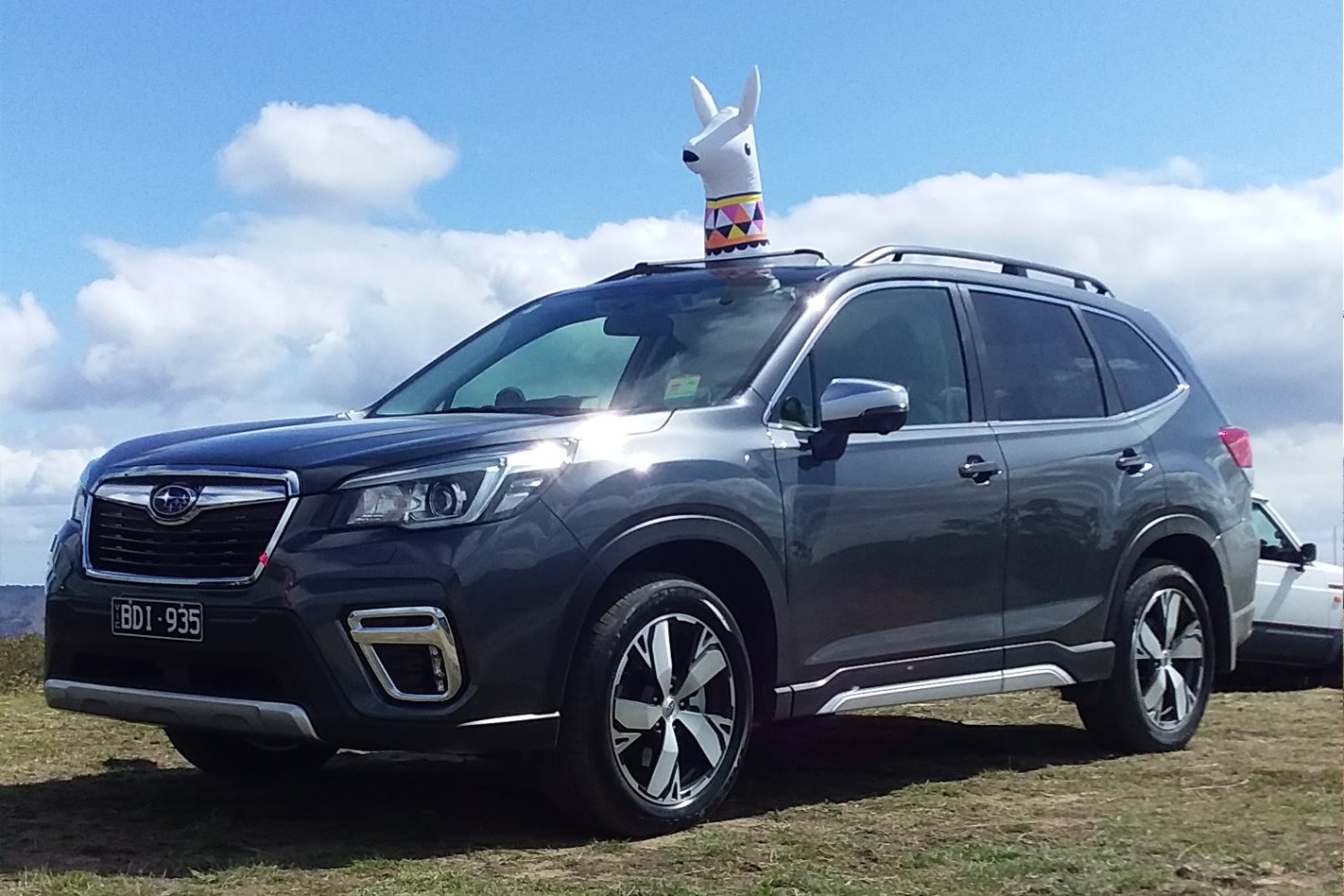 The late February weather had taken an unexpected cool snap, but I’m pleased to report the water was still a very pleasant temperature for the inevitable capsized llama.

Clearly, pool floatie surfing is not my hidden talent.