When we’re sitting in a warm, comfortable office pitching, discussing and developing ideas for WhichCar TV episodes it’s easy to get a bit carried away. And it often doesn’t become apparent that we may have bitten off more than we can chew until the cameras are rolling.

Examples include Elise climbing into a ropey but very powerful ute driven by a man with a mullet and an apparent disregard for safety, and Scott’s encounter with unnecessarily powerful muscle cars and a flooded race track.

Against all the odds, we prevailed and the television that resulted has hopefully always entertained and informed, so what better way to send off WhichCar TV season two than with a look back at a handful of those moments?

The dogsled vs Range Rover segment actually evolved from a very different initial idea and instead of assessing six dogs and a wooden frame as a mode of snow transport, the original idea pitched the Rangie against a ski lift.

Watch next: The full Range Rover vs Dogs feature

Picture a kind of 'snow Uber' offering skiers and snowboarders a more luxurious alternative to get to the top of the slopes. But concerns with damaging the piste and safety problems meant we had to look for Range Rover testing facilities elsewhere. 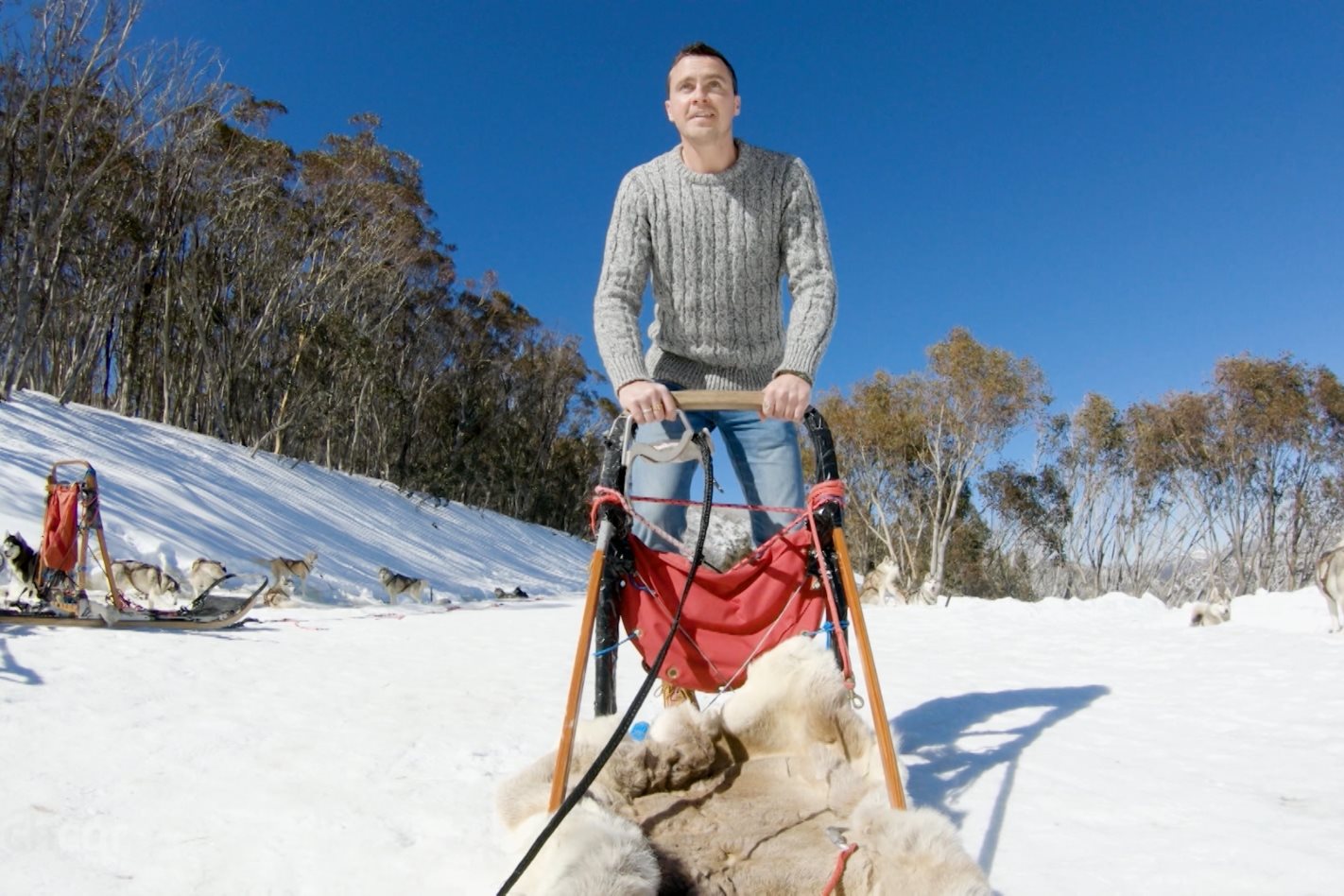 Thankfully Mt Buller management was extremely helpful and generous, and suggested their sister mountain Sterling. There were no lifts or slopes full of snow bunnies but the scenery was spectacular and there were heaps of trails to have four-by-four fun.

There was just one condition – while we were allowed almost unlimited access, we would have to work around the dogsled operators. Wait, what!?

When we learned that Mt Sterling was home to an extensive operation the premise changed dramatically. And that’s how I ended up teetering on the back of a sled, following a 10-minute crash course and with no safety gear.

It was actually a blast and, amazingly, there were no dramatic crashes or major incidents of any kind. Would I do it again? Absolutely. Oh and watch this space because we aren’t done with the Piste Uber idea just yet either.

Later in the episode we revisit 4x4 Australia’s week-long event to find the best 4x4 of 2019, which involved thousands of kilometers at the wheel of seven tough SUVs and utes. Despite the extensive distances and challenging terrain in remote areas, nothing broke with the exception of three punctures – all of which were mine.

The first, as you’ll see from the episode, was caused by an overdose of enthusiasm in a sand dune, too little tyre pressure and too much cornering speed. When those combine, it’s very easy to pull the tyre from the wheel as I have now learnt.

The second (that thankfully evaded the camera's gaze) happened later when negotiating the endless livestock grids that punctuate outback New South Wales roads. Some are passed with little more than a mere burp from the wheels as the car rumbles over the bars at cruising speed. Others require a serious reduction in velocity with a shape more akin to a humpback bridge.

Critically though, it’s hard to assess which end of the spectrum the grid is at until you are upon it. The second puncture was caused by arriving at a particularly curvy example way too hot, managing a reasonable amount of air underneath the Ford Everest and landing some considerable distance after the obstacle. 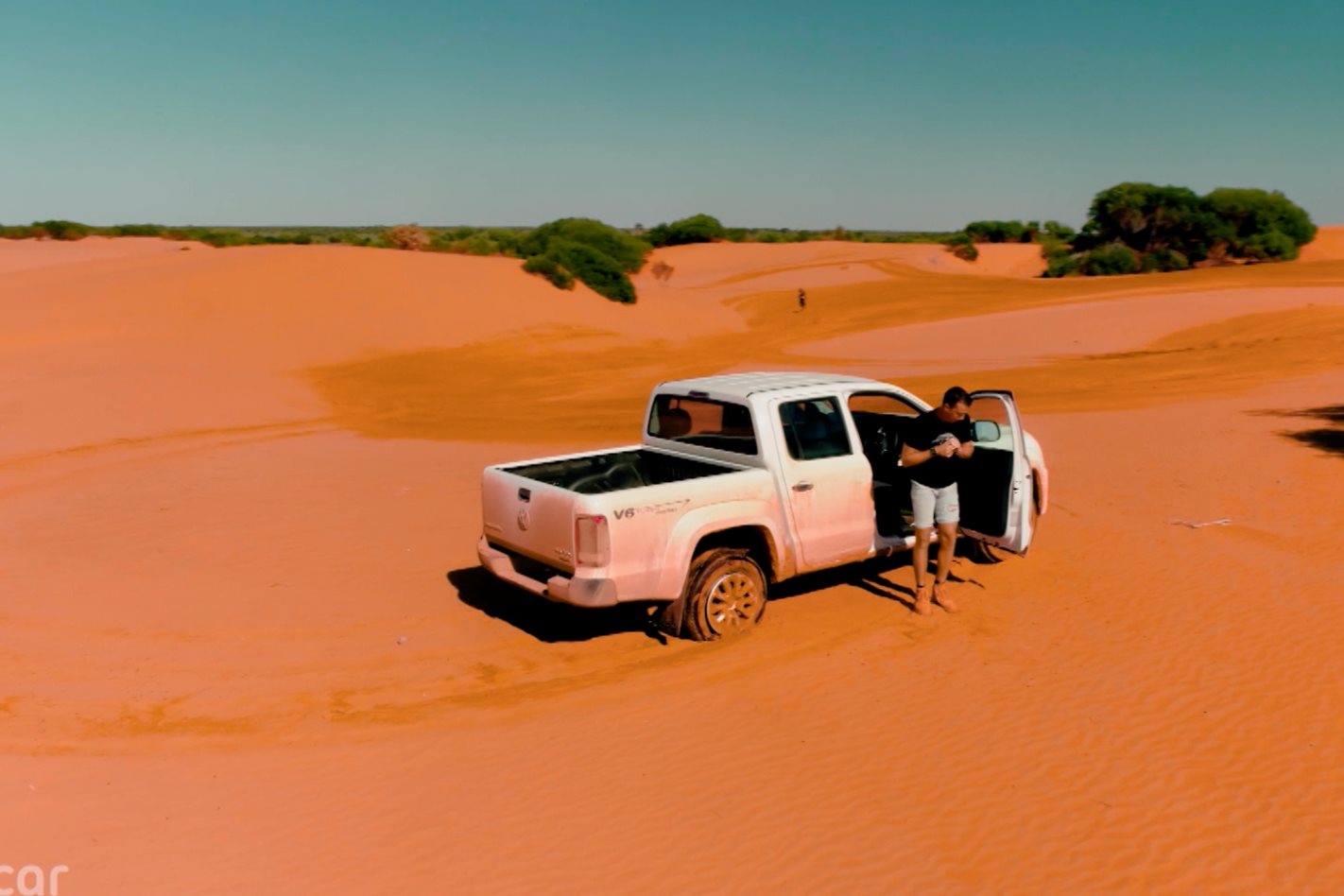 Under normal circumstances, the beefy Blue Oval would take it in its stride, but loaded to the rafters with camera and camping gear proved too much for the rear right tyre on re-entry.

Embarrassingly, the very next day, when leaving camp, I was rolling out in the SsangYong and the tyre pressure warning light flashed up on the dash for, you guessed it, the right rear right.

It’s lucky I was in the company of experienced and knowledgeable off-road touring experts and the trio of deflations didn’t stop us for long, but I didn’t get an invitation back the following year, and I can’t blame them.

And so to the end of the end and our sensational season-two sendoff. To say goodbye to another great series, we wanted to leave a little legacy and perhaps even a metaphorical gauntlet thrown down. 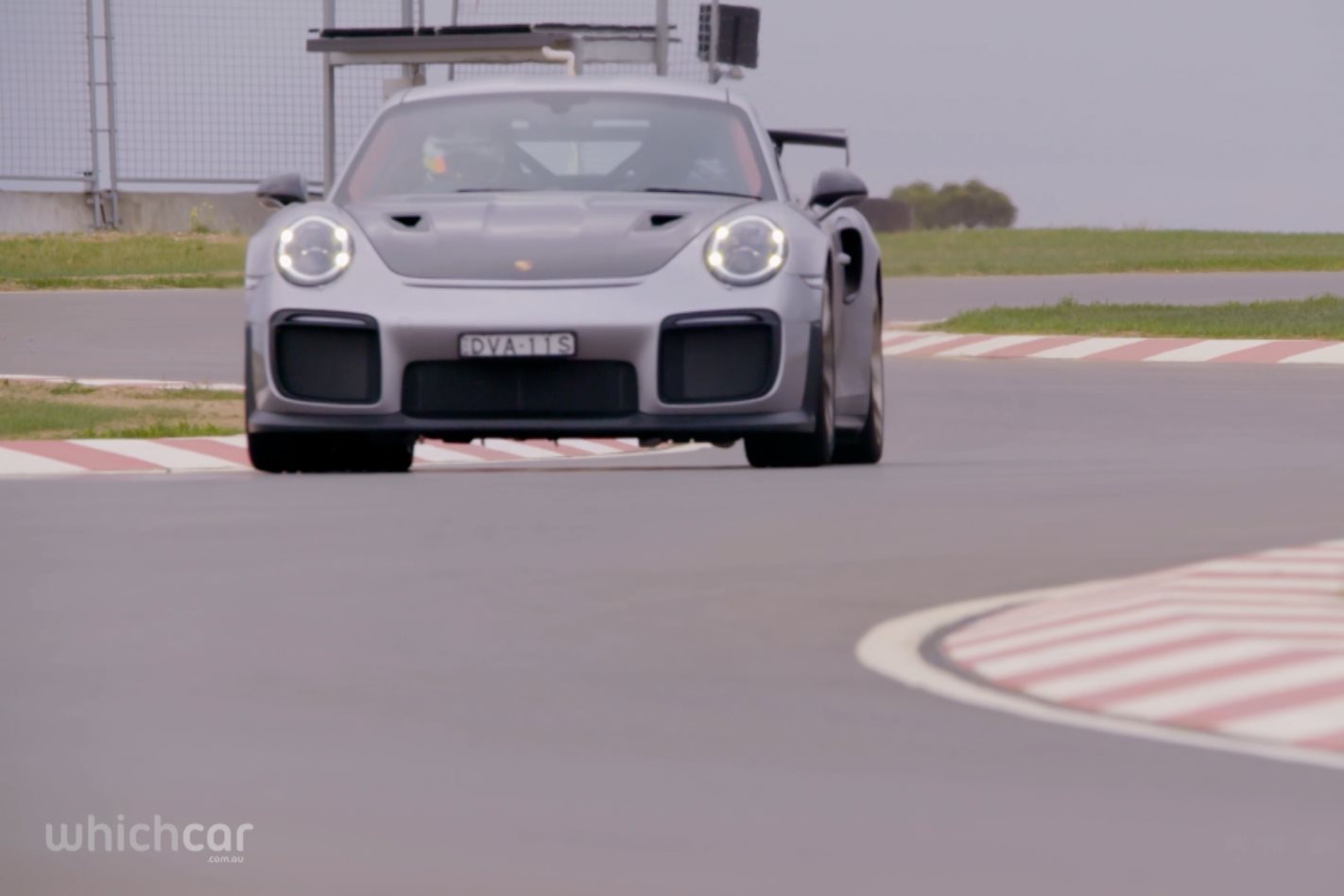 With the help of one of Australia’s greatest circuit racers - Warren Luff, one of the world’s most potent and capable road cars - the Porsche 911 GT2 RS, and the world’s second longest permanent race track - The Bend, we set a lap record.

It’ll be fun watching others tackle the incredible track and attempt to beat the time set in our final episode and it will serve as a little reminder of all the fun we had and challenges we faced putting together 30 episodes of television. Maybe we’ll even try to beat it ourselves in season three…