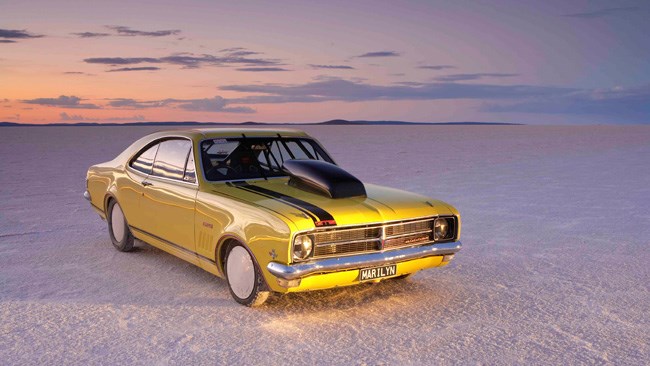 ANYONE who has seen The Worlds’ Fastest Indian film will recognise how powerful the lure of racing at Bonneville Speed Week in Utah can be, even for those that live on the other side of the world.

ANYONE who has seen The Worlds’ Fastest Indian film will recognise how powerful the lure of racing at Bonneville Speed Week in Utah can be, even for those that live on the other side of the world.

Luckily for us Aussies, we have our own amazing salt lake to race on, Lake Gairdner in South Australia.

Frustratingly, rain has nixed the Dry Lakes Racers Australia (DLRA) Speed Week for two years running and three Aussie racers need a salt fix so badly that they’re shipping their rides to Bonneville in the US, for 11-17 August.

“We’ve be planning this for a long time,” Wayne said.

“Now all we have to do is get over there and drive flat out! The record in C/PRO is 226mph, so if we don’t get a record it won’t be for lack of trying.”

“One of our crew members, Justin Hill, was sick with cancer earlier in the year so we had a big push to have the car ready for Lake Gairdner,” he said.

“Justin passed away the day we were set to leave, so the car was just sitting there. Then Wayne called and invited us to go with them. I said I couldn’t afford it and it was crazy to go without testing but Wayne had answers for everything. Rod Edwards from Rocket Signs really helped out as well; we wouldn’t have been able to make it without him."

“The tank was on a Sabre bomber, so the last time it was over the Pacific, it would have been getting shot at by the Japanese."

“My son Kurt and I will be driving. My daughter Gemma has done a lot of work on it but she has her HSC and won’t be able to be there."

“The engine’s done 174mph in our HJ wagon, so we’ll be getting along. I didn’t really think about that when I was building it!” 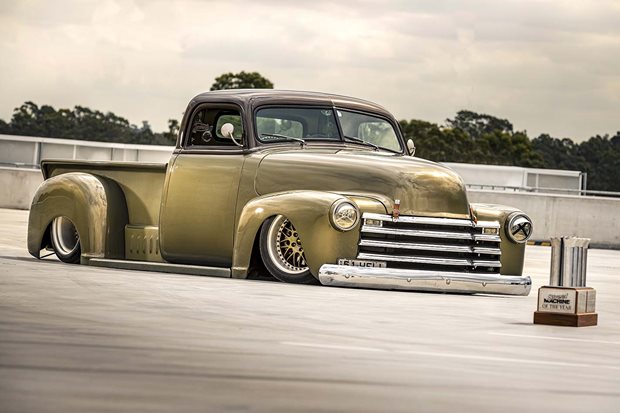 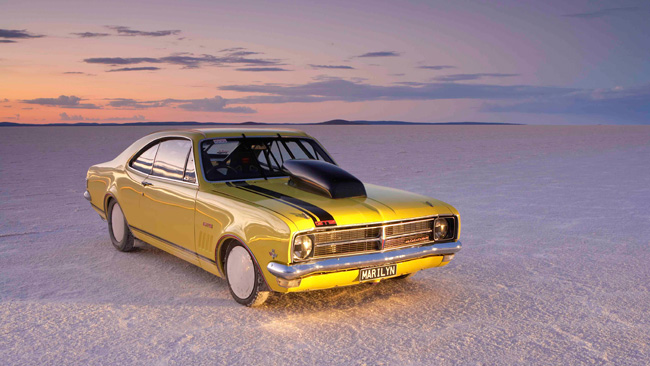 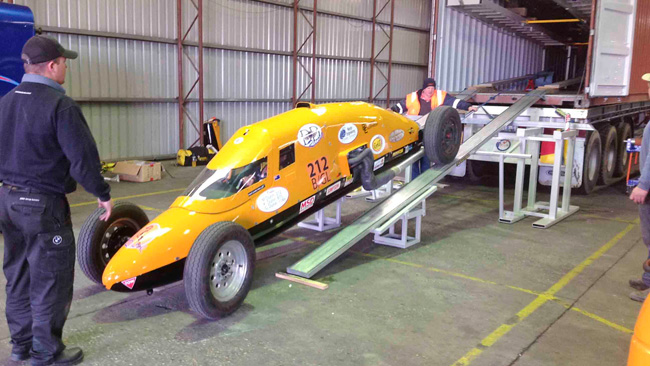 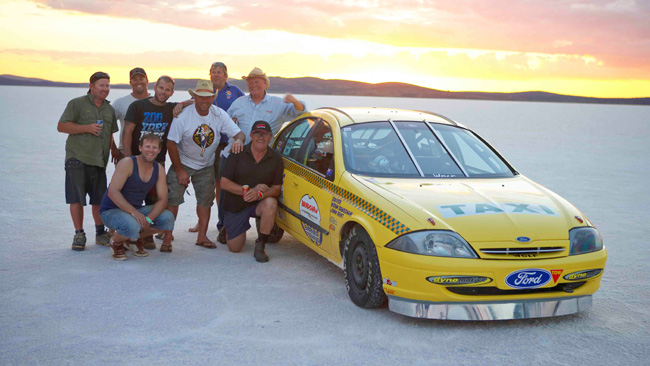