The first No Prep Mayhem meeting at Bairnsdale Dragway

VICTORIA is well-serviced with grassroots dragstrips, with permanent facilities in almost every corner of the state, including Portland in the south west, Mildura in the North West, Wilby in the North East and Bairnsdale in the South East. Not to mention the likes of Casterton, Warrnambool and Warracknabeal. 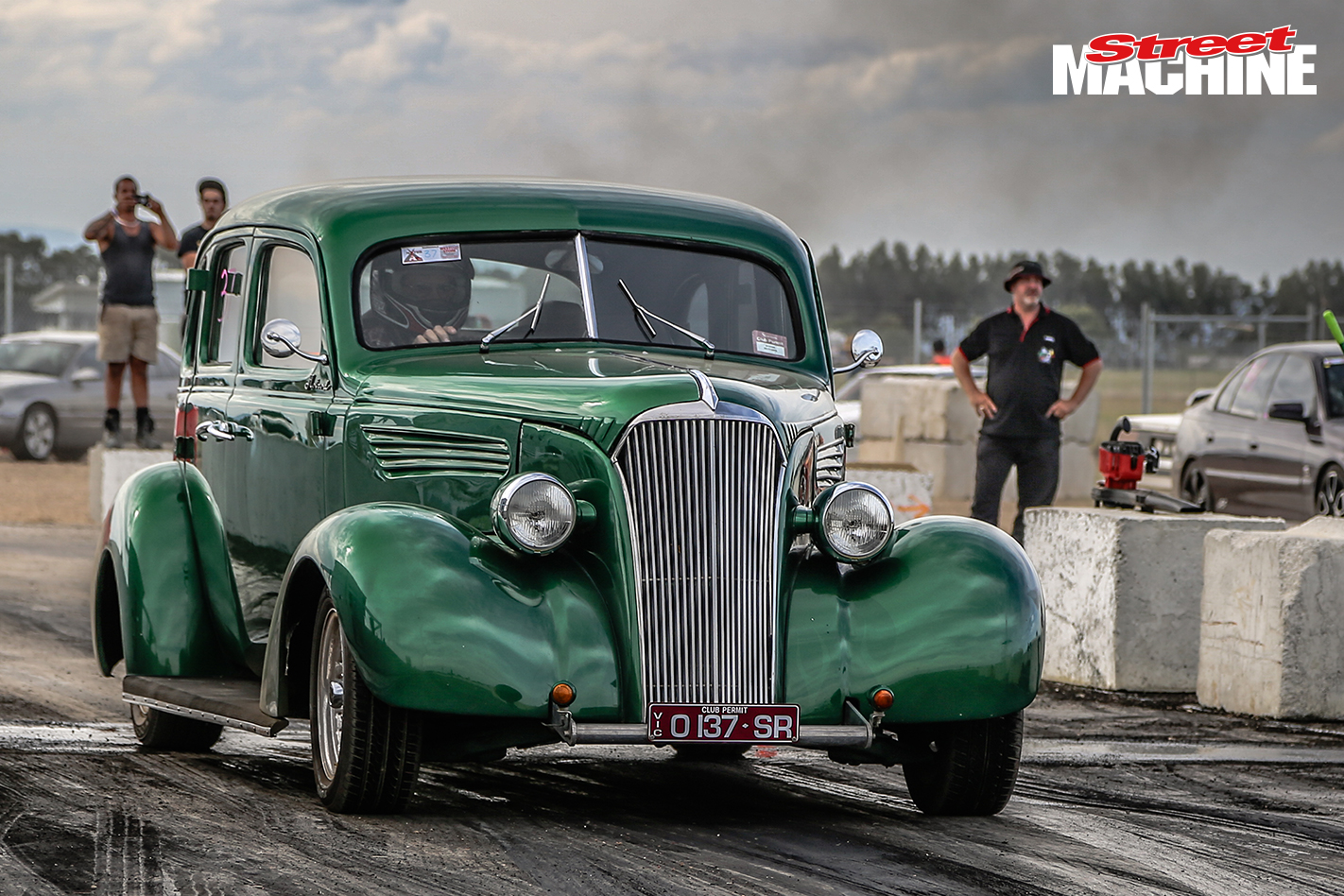 The track at Bairnsdale is one of the oldest, with the eighth-mile strip running next door to the Bairnsdale Aerodrome since 1971! In fact, the strip originally served as a WWII taxiway at the end of the main runway. However, the track was vandalised in 2012. We ran a story on the building of the new strip by the Bairnsdale Drag Racing Affiliation in Street Machine, February 2014 and while there have been some excellent burnout events and a round of the Gazzanats Tri Sries, there has been no drag racing – until now, with the first meeting getting run and done 16 April. 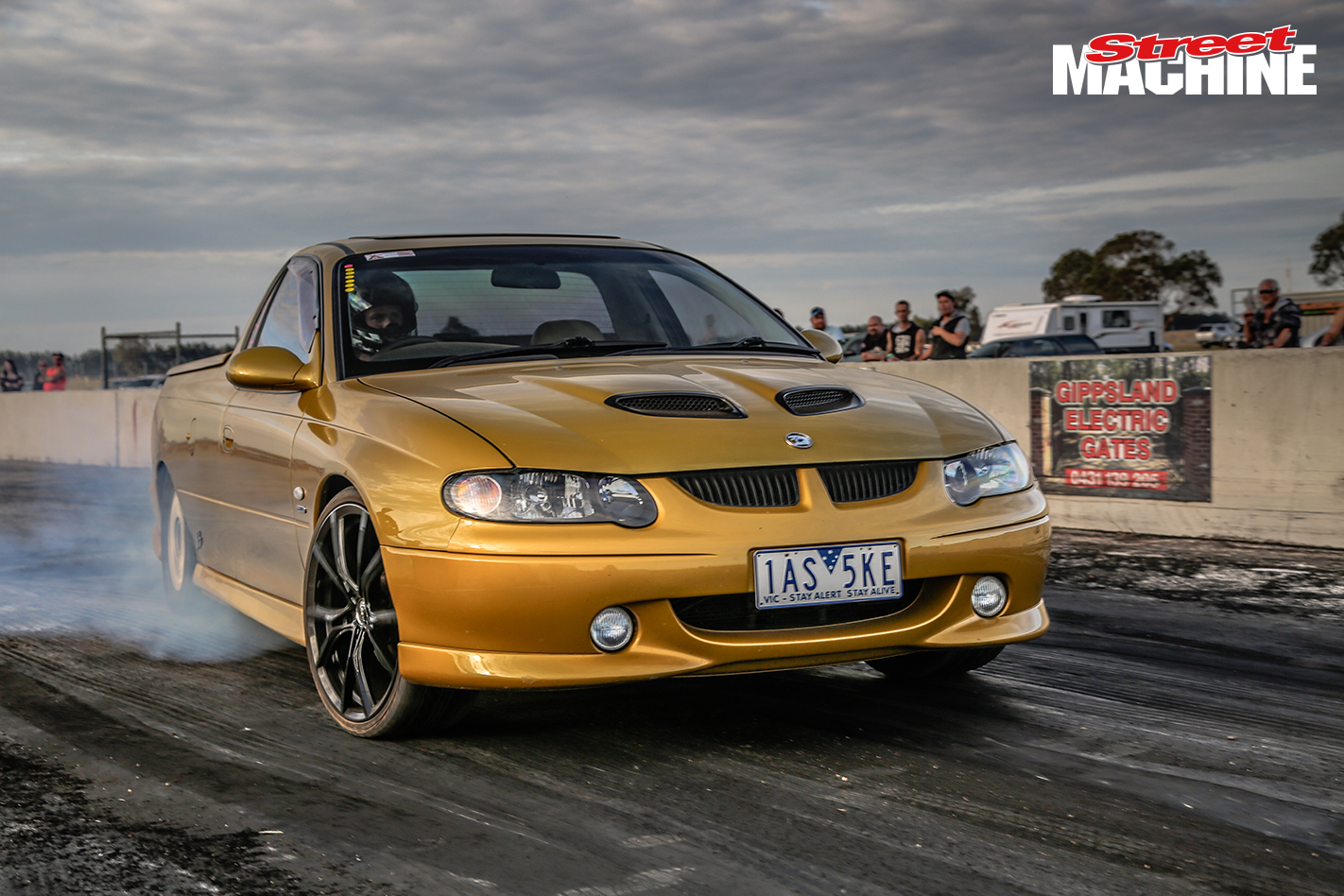 Not ones to do things by halves, the BDRA are running their drag events in a no-prep style, dubbed No Prep Mayhem. That means there is no traction compound added to the startline, which not only levels the playing field, but makes for some spectacular racing. The racing is done without the use of timing-boards, for that real street racing feel. 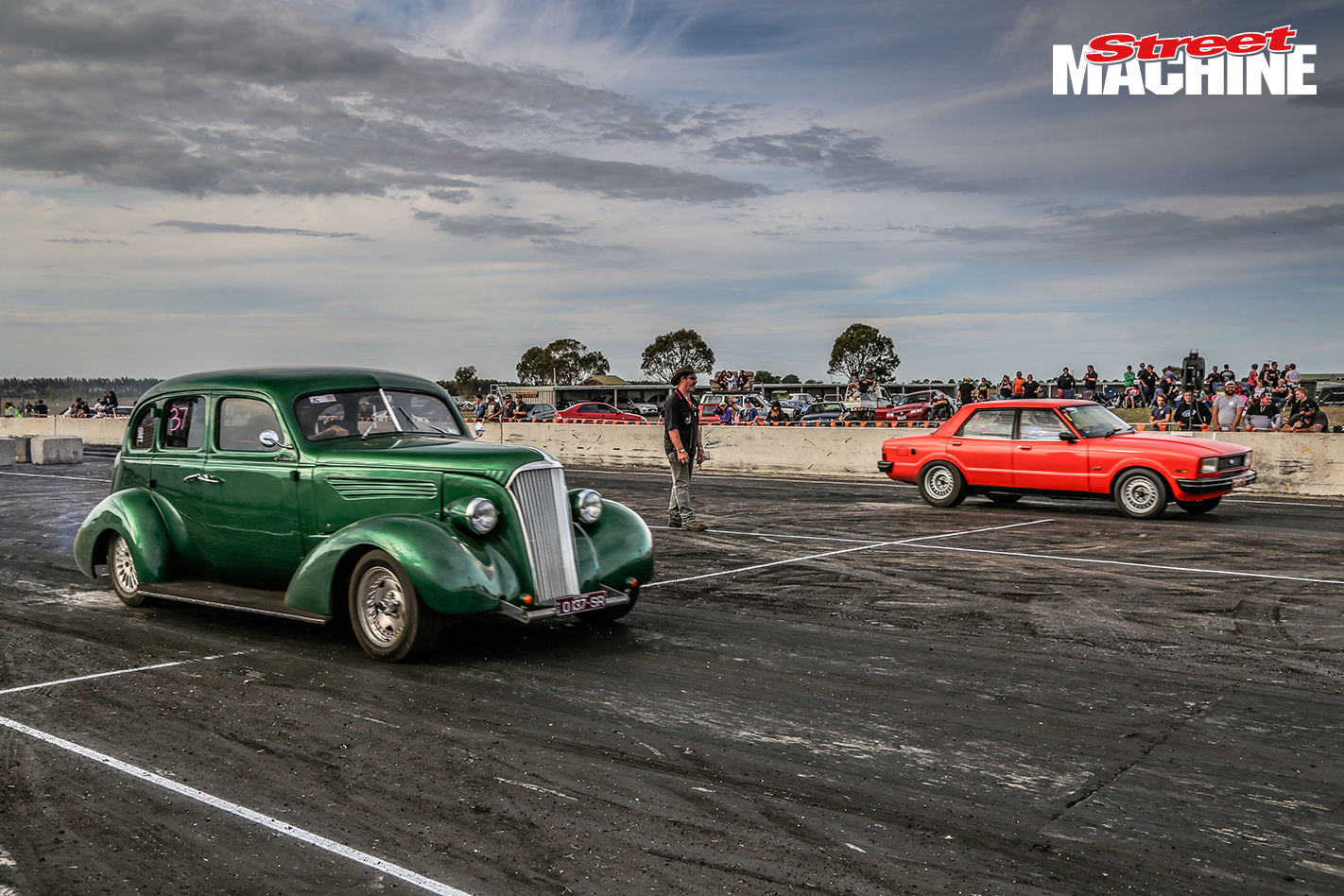 More than six hundred spectators attended the first one and couldn't get enough. With around 70 cars entered, the racing was non-stop and close, but on the no-prep surface the Independent Motorsports Barra-powered all-wheel drive Ford Territory was an early favourite. 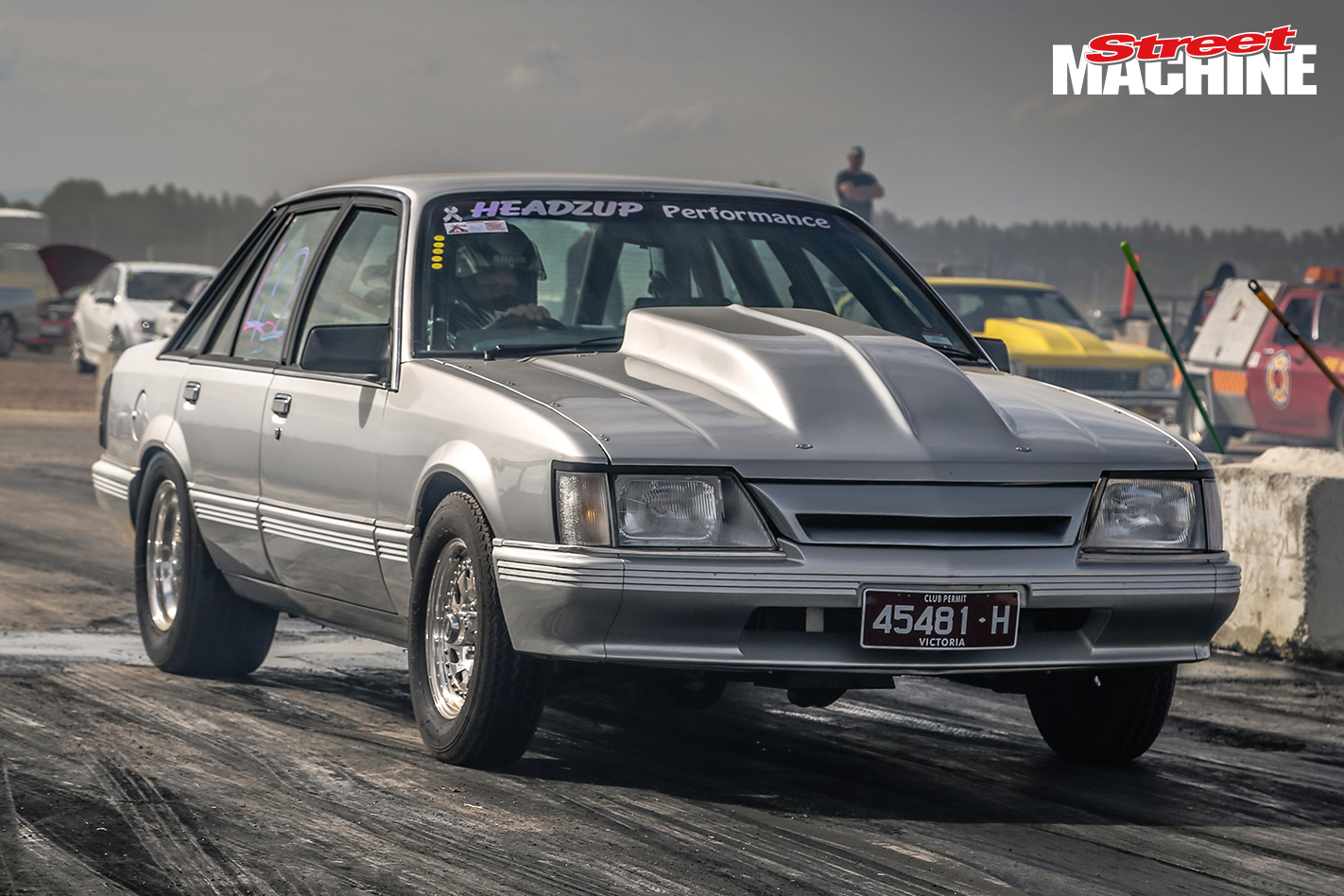 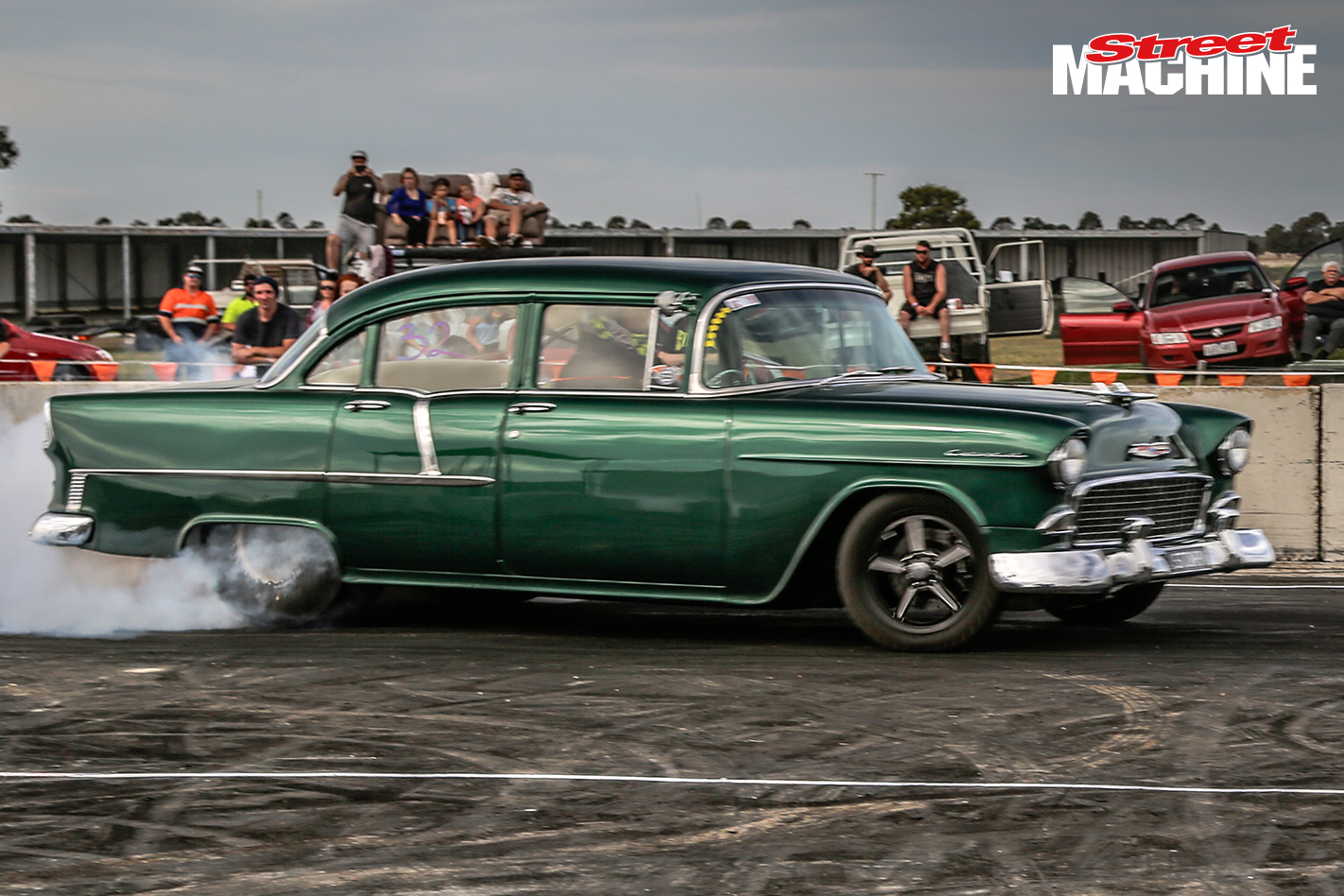 The rules and competition for No Prep Mayhem were simple. Full chassis cars were banned and tyres are limited to no wider than 325 for radials or 11.5in for slicks. Logistically, it works a bit like the Street Outlaws TV show. There's a top ten list and competitors can call out the next car above them.If the challenger wins, he moves up a spot and keeps his money. If he loses, he keeps his rank but loses his fee. Number eleven can also challenge number ten in this way to get onto the Top Ten list. 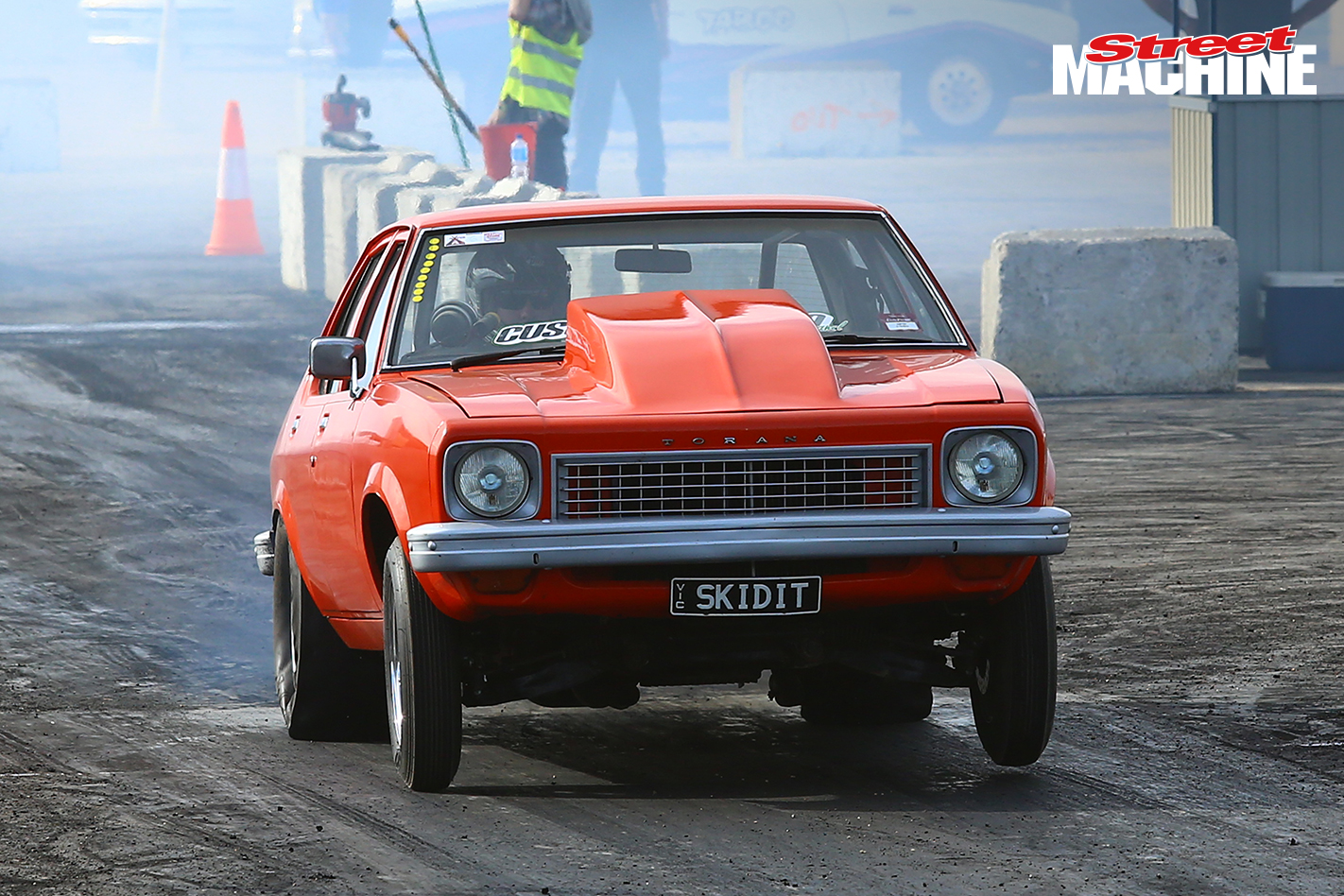 After a heap of racing, the 32 cars with the most wins under their belt went into a finals round with a coin toss for lane choice and opponents drawn from a hat so there’s no funny business. The Barra Territory hadn’t lost a race all day until the finals when it went up against Justin Robinson’s 555ci big-block Chev powered Torana. 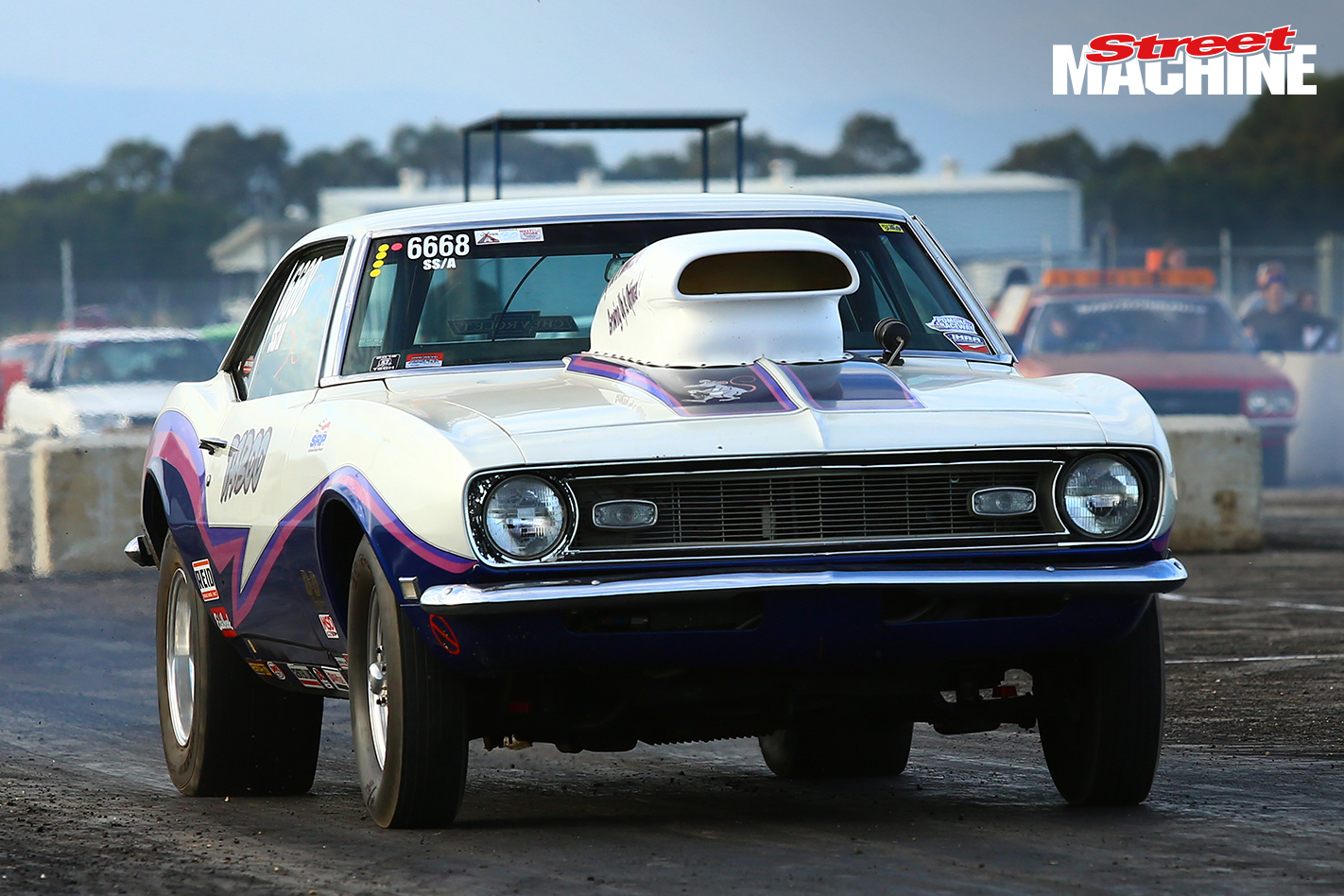 Justin continued to clean up and made it through to the final race of the day, taking on Kevin Mackrell’s Datto. Justin just got the win and claimed the number one spot on the list. “My mates are all calling me Big Chief now,” laughed Justin who came all the way from his hometown of Winton for the event. 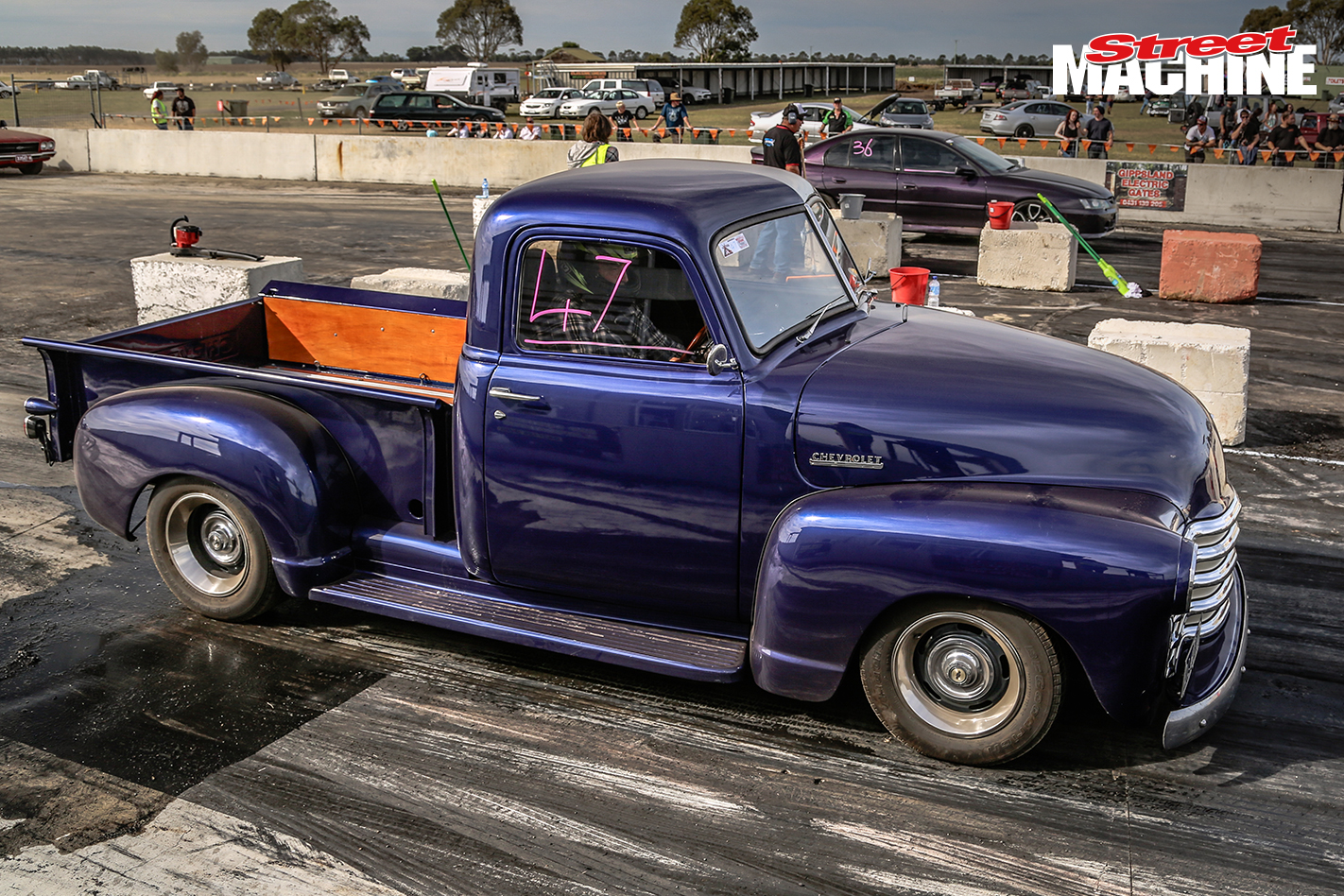 “My mate Mick Watt always comes up to Winton for our events so I thought I’d go down to his neck of the woods and support the Bairnsdale Dragway,” said Justin. “It was actually a really good day, there weren’t any oil downs or anything, the competition was good and there was a great crowd.” 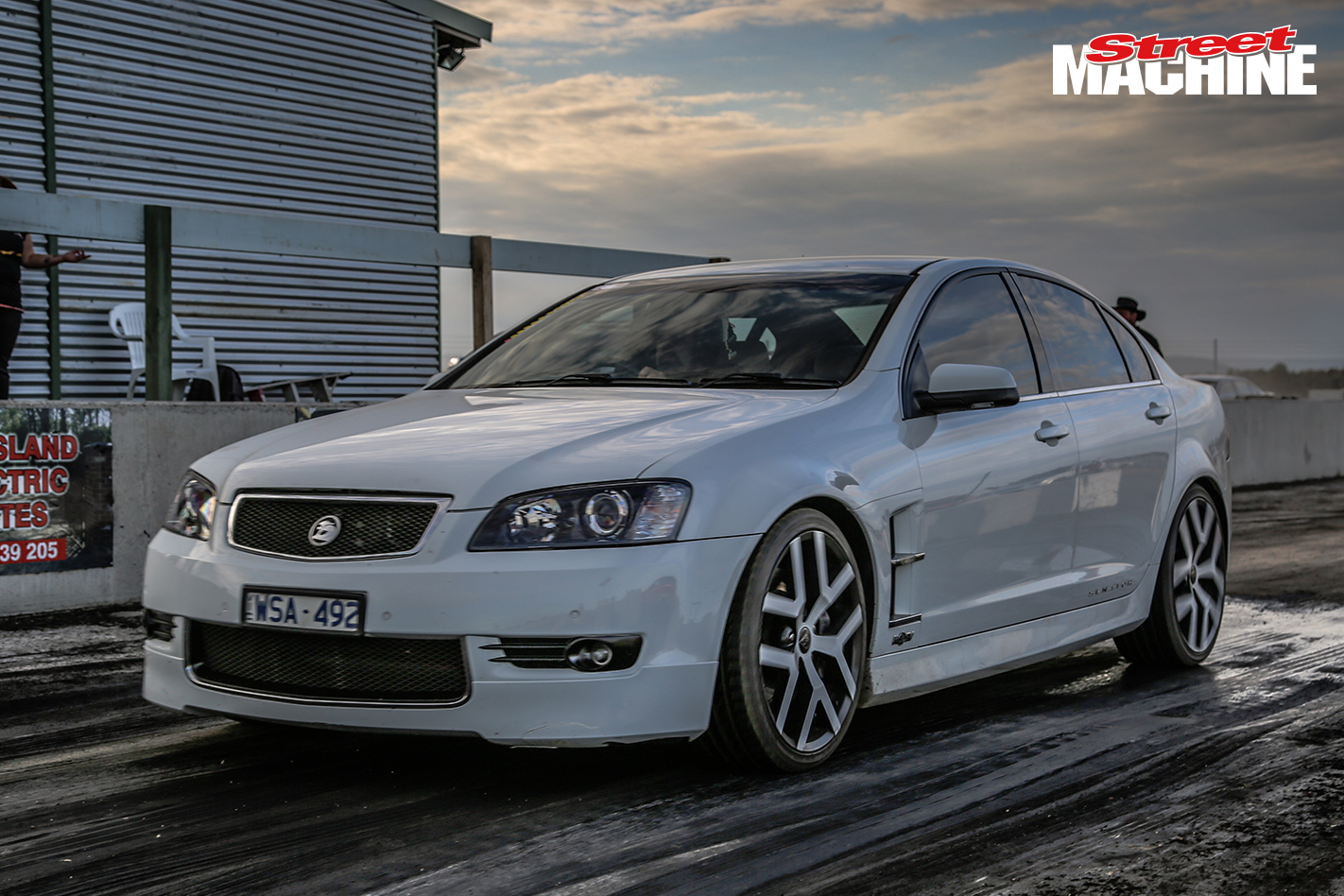 The racing was also close and competitive, with the no-prep surface playing as an equaliser to a certain extent. “The fastest cars were always going to be there at the end of the day, but the track definitely made things interesting,” said Justin. 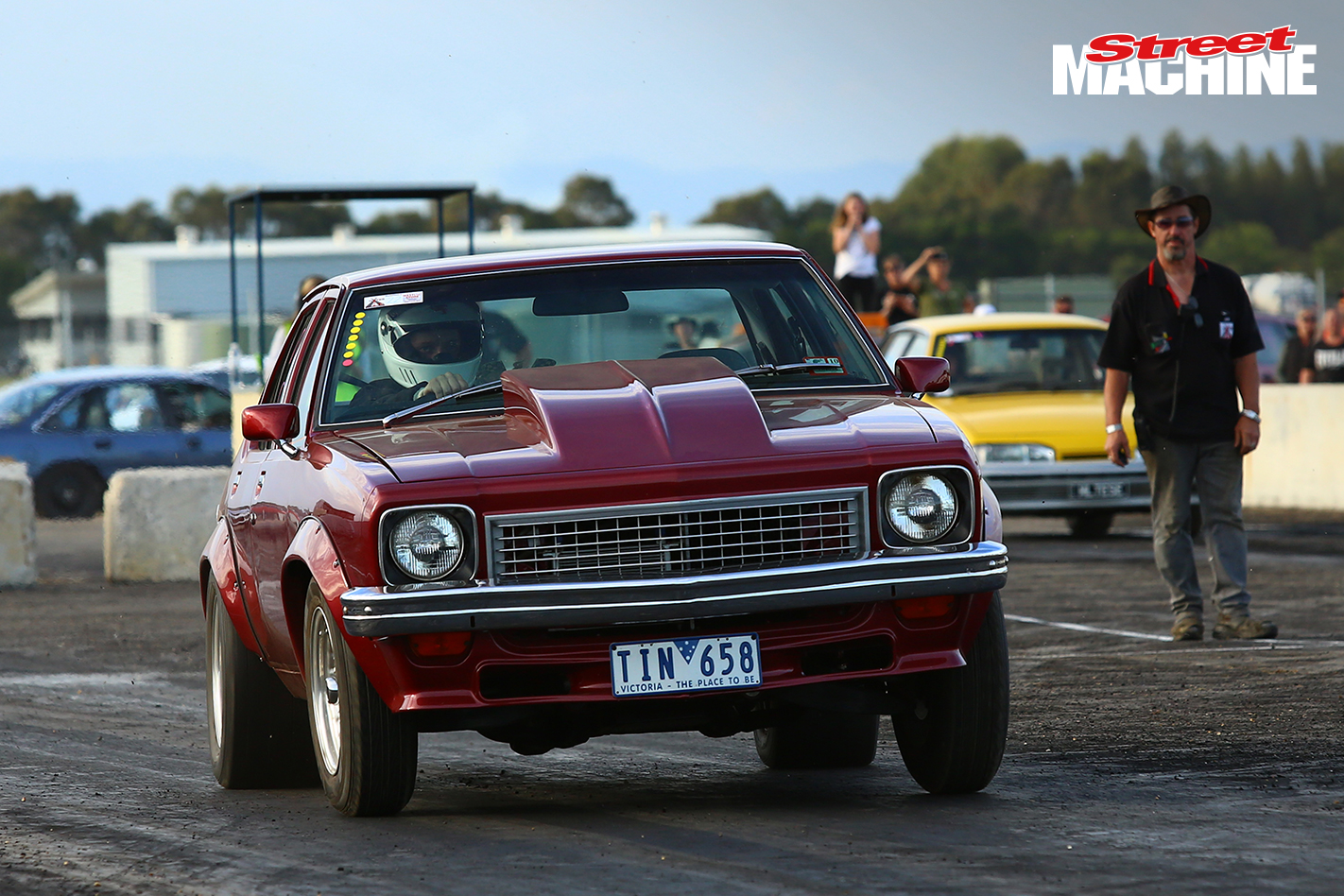 Justin’s car ran a 9.0-second quarter at Heathcote for the Holden Powered Nationals a week later and would’ve been one of the fastest quarter-mile at the no prep, giving credence to his theory. But Justin has also had plenty of practice at no prep racing, having raced at Winton’s Performance Car Mania a bunch of times and won in 2013. After Holden Nationals last Saturday Justin also did the Wilby eighth-mile no prep at Yarrawonga and won that too! 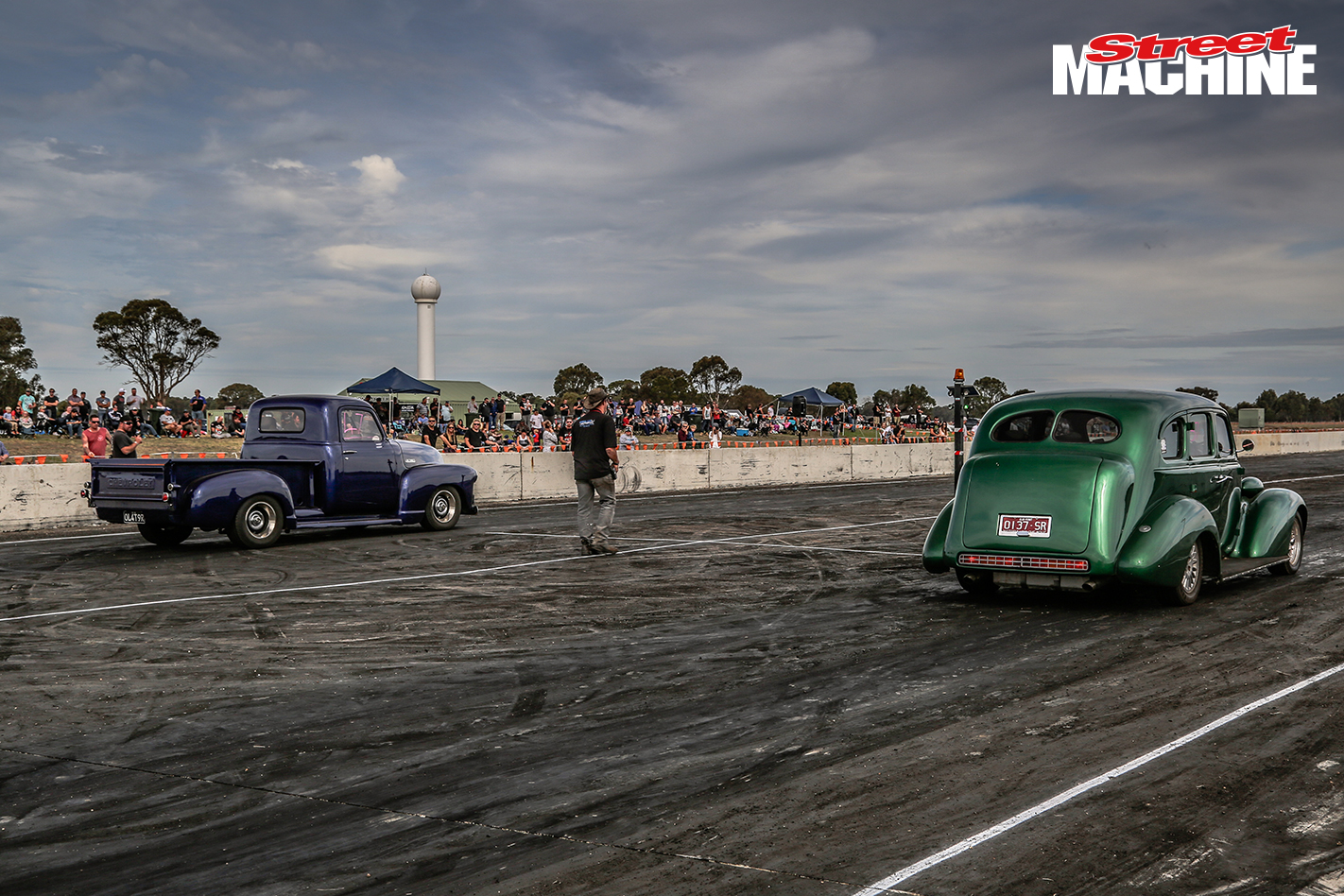 Justin will be back to defend his number one spot on the list come 18 June when No Prep Mayhem takes over Bairnsdale Dragway again. For more information check out the No Prep Mayhem page on Facebook.