Are you serious? That was my horrified reaction when my mate Leigh informed me he'd be picking me up at 6am Friday. "It's what you have to do to get the good stuff!" he replied. When it comes to the Ballarat Swap Meet, the early bird gets the worm.

So at the appointed ungodly hour * tumbled bleary-eyed into Leigh's car. Now, I'm no morning cruiser, as proven by the fact that we got a kilometre or two from home before realising I had forgotten my house keys and wallet. Not a great start. Ballarat is about an hour-and-a-half's drive from Melbourne, so we were aiming to arrive at the swap meet around 7:30am - make that closer to eight after having to go back for my stuff. 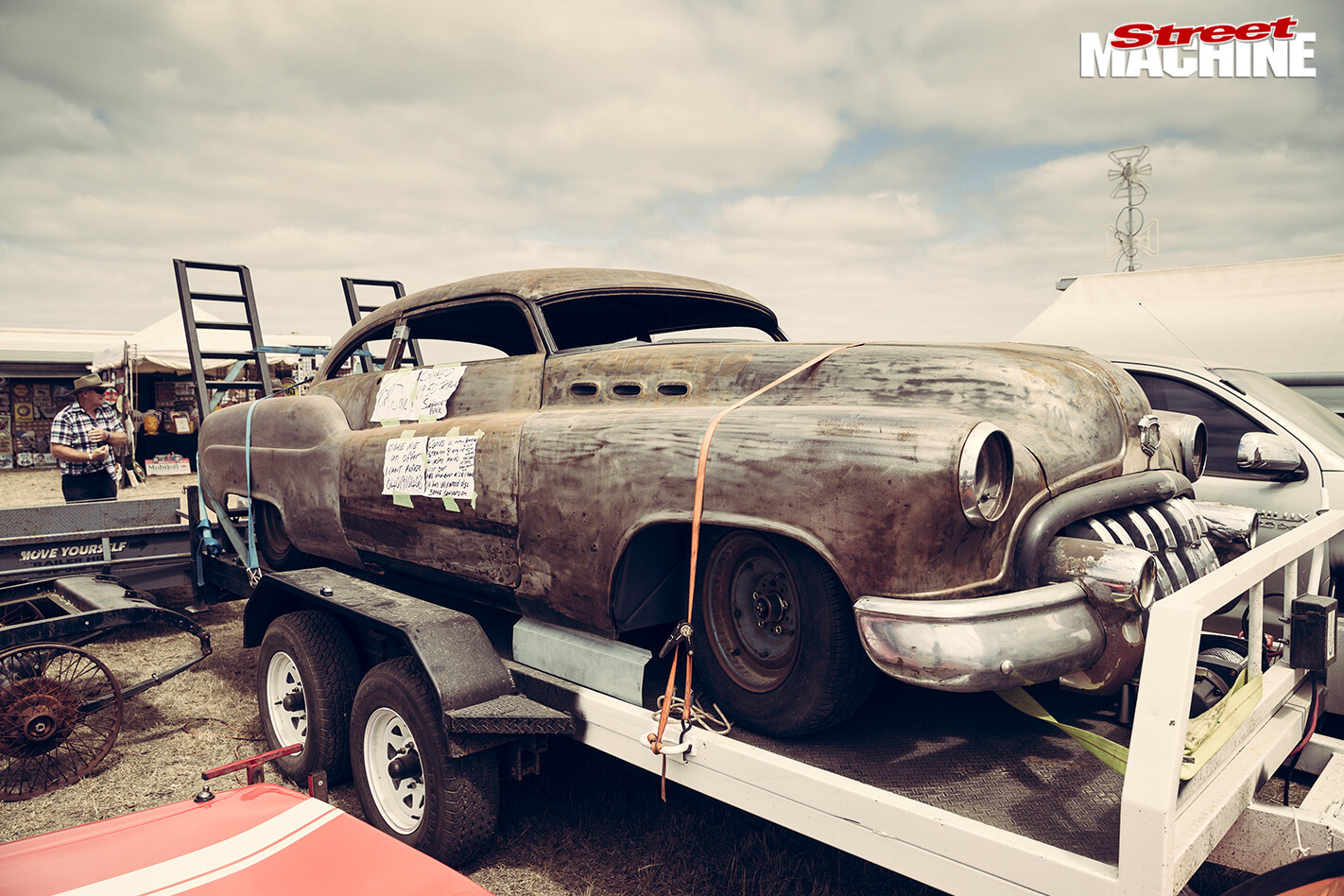 Now in its 27th year, the Ballarat Swap Meet takes place over two days at Ballarat Airport, which provides ample space for the hundreds of stall holders, many of whom set up camp for the weekend in vintage caravans.

Now, a swap meet is always going to be more fun if you are looking for specific parts. Leigh has a ZD Fairlane with a healthy 347 Windsor, but was particularly on the hunt for pats for his '66 Ford Ranchero ute. I have an XB Fairmont, and although I didn't need much for it, I knew I would find a few little bits and pieces that wouldn't go astray. Still, there were some 2600 stalls spread over the enormous site, selling everything from carburettors to vintage tube radios, and we were only there for the day. Somehow I felt that we might not get through it all.

Foolishly, we came sans trolley, but we hired one there, saving us from lugging around heavy parts all day. Our trolley was nowhere near as cool as some of the ones people brought along, though - it seems swap meet trolleys are a thing. First row in, Leigh spotted a set of 15-inch black steelies clad in new whitewall tyres. Perfect for the Ranchie, but he pondered whether it was a good idea to spend a few hundred bucks straight away; at a swap meet, you don't want to go too hard too fast and run out of cash after an hour - who knows what else you may find! So he passed on the wheels, but later on, after deciding they were too good a deal to pass up, he went back to find them gone. We did find some other great stuff throughout the day though. That's the thing about the Ballarat Swap Meet - you may arrive looking for particular parts, but you often leave with stuff you didn't even realise you needed. I picked up a Super Fringe radio for the XB for 30 bucks, as well as a spare window winder and a set of fresh Fairmont hubcaps. Leigh on the other hand was all cashed-up, and went crazy, picking up an external sun visor for the 'Lane, a couple of V8 Supercar rims for the man-cave, extractors and steering column for the Ranchero, aluminium rocker covers, and plenty more besides. If you've never been, the Ballarat Swap Meet should definitely be on your must-do list. After all, it's the largest automotive swap meet in Australia, and is so much more enjoyable than sitting on the couch waiting for that eBay auction to end. And yes, it's worth waking up early for!