THE rule is, you can’t come if you don’t bring a car,” Costa says of his BBQ, which is held each year in Bacchus Marsh, Victoria. “I think this is the 10th or 11th one we’ve had,” he says. “It started out in my panel shop and outgrew it, so we moved it out here.”

‘Here’ is an old out-of-town CSR factory that provides a great background to the fleet of toughies the BBQ attracts. Pro streeters, cool customs, rods, P-plate cruisers and even the odd mini-truck made the pilgrimage this year. But Costa almost fell foul of his own rule. The plan was to bring his notorious ’34 coupe. It looks like a high-riding stocker on the outside but packs a 500ci Chev big-block under the hood. The coupe is great for upsetting purists and destroying skinny tyres on a whiff of throttle but sadly for Costa, something in the engine went ‘bang’ the day before the BBQ and it had to be pushed into the shed. “The only other thing I could bring was the ’51 Mercury I’m building for my fiancée, Juanita. I’m in the middle of getting it ready for our wedding. It’ll be pretty flash when it’s finished — it’s getting candy gold paint — but it was still in bits! I had to bring a car, so I gave it a coat of flat black overnight, put it back together and here we are.” Luckily for Costa, the event is fairly low key, with some loyal volunteers cooking up the grub and auctioning off some goodies. All funds raised go the local hospital, with this year’s tally hitting $3000.

With the formalities done, a few of the boys toasted some tyres — safely away from public eyes. And while Bacchus Marsh has plenty of high-quality cars, the BBQ attracts toughies from further afield, including Anthony Trevaskis’s AGRO64 EH, which cruised down from Shepparton, and a massive crew over from Geelong. It’s proof that events don’t have to be complex to be successful; great people and a killer venue are all you need. Baden Robert’s ’55 conceals a nice surprise under the bonnet — a ProCharged BBC! 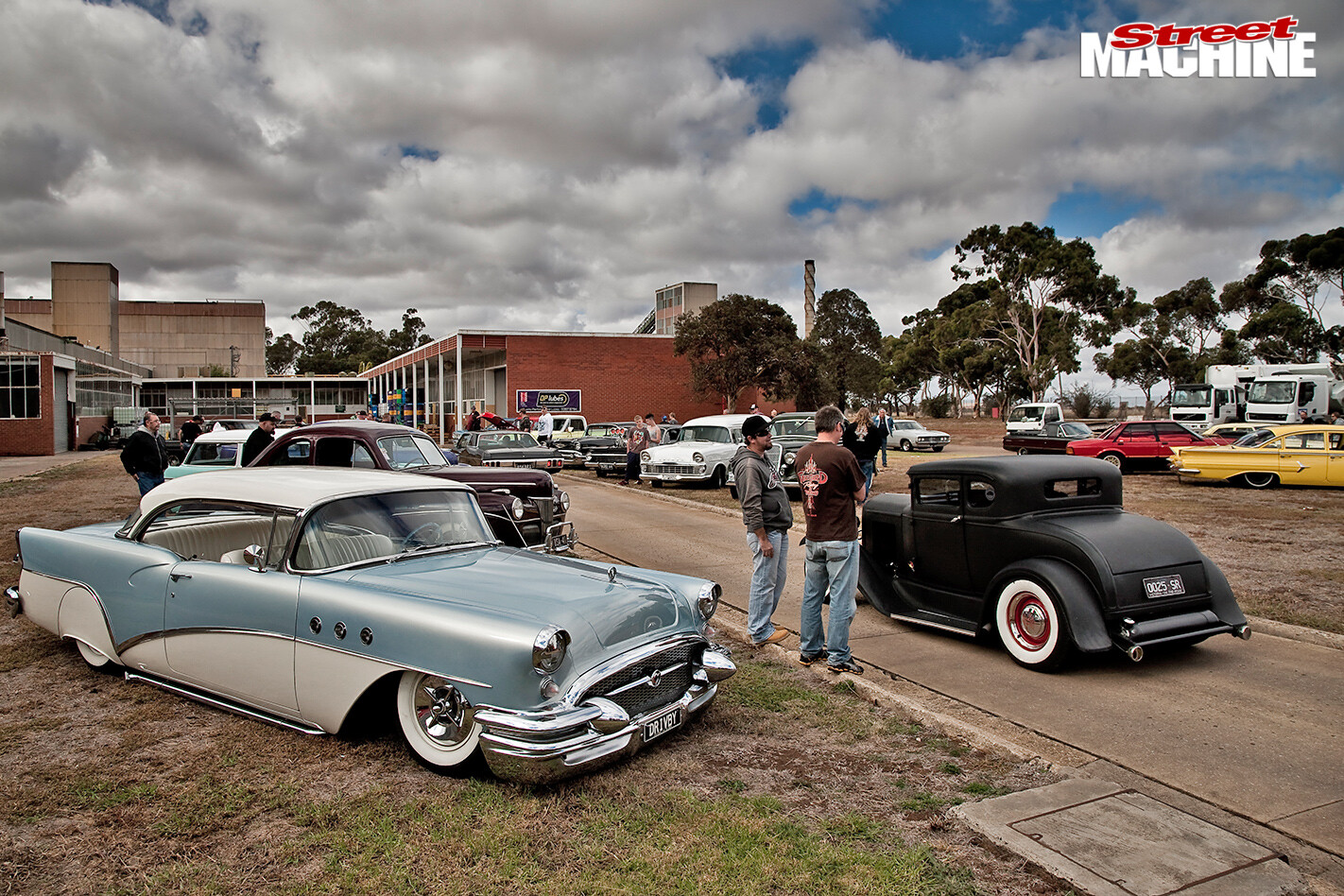 Adrian Skirde’s ’55 Buick is a sweet thing, rebuilt from a complete wreck. The driveline is the stock 322 Buick Nailhead and Dynaflow trans combo, with Caddy caps and Baslac Blue duco Not everything at Costa’s BBQ is old-school — Tim Bailey brought this sleeper VZ ute. With factory mags and sun visor it looks benign but under the bonnet is an essentially stock LS1 assisted by an F1 ProCharger and a big fuel system. Combined with a TH400 and 4500rpm converter, the package runs high 10s with ease and sounds ferocious! John Ruttar has had his HQ GTS Monaro for some 35 years! It’s been off the road for a while but is back better than ever, with a 6/71-blown 355ci Holden mill, complete with EFI Corey’s HQ Monaro packs a blown 400 Chev stroked out to 434ci, with the soothing touch of EFI Anthony Trevaskis drove his insane EH into the show — as you do. 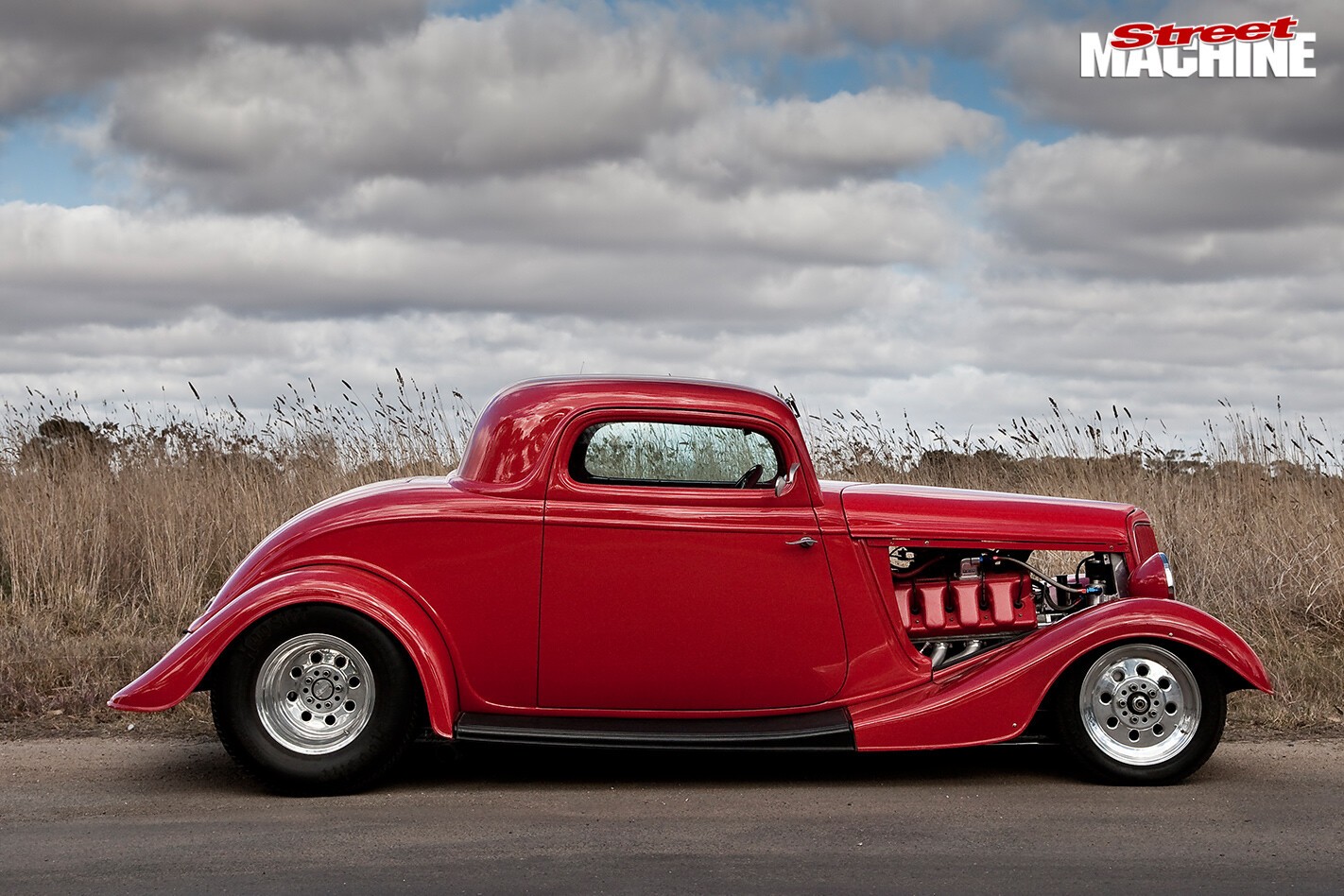 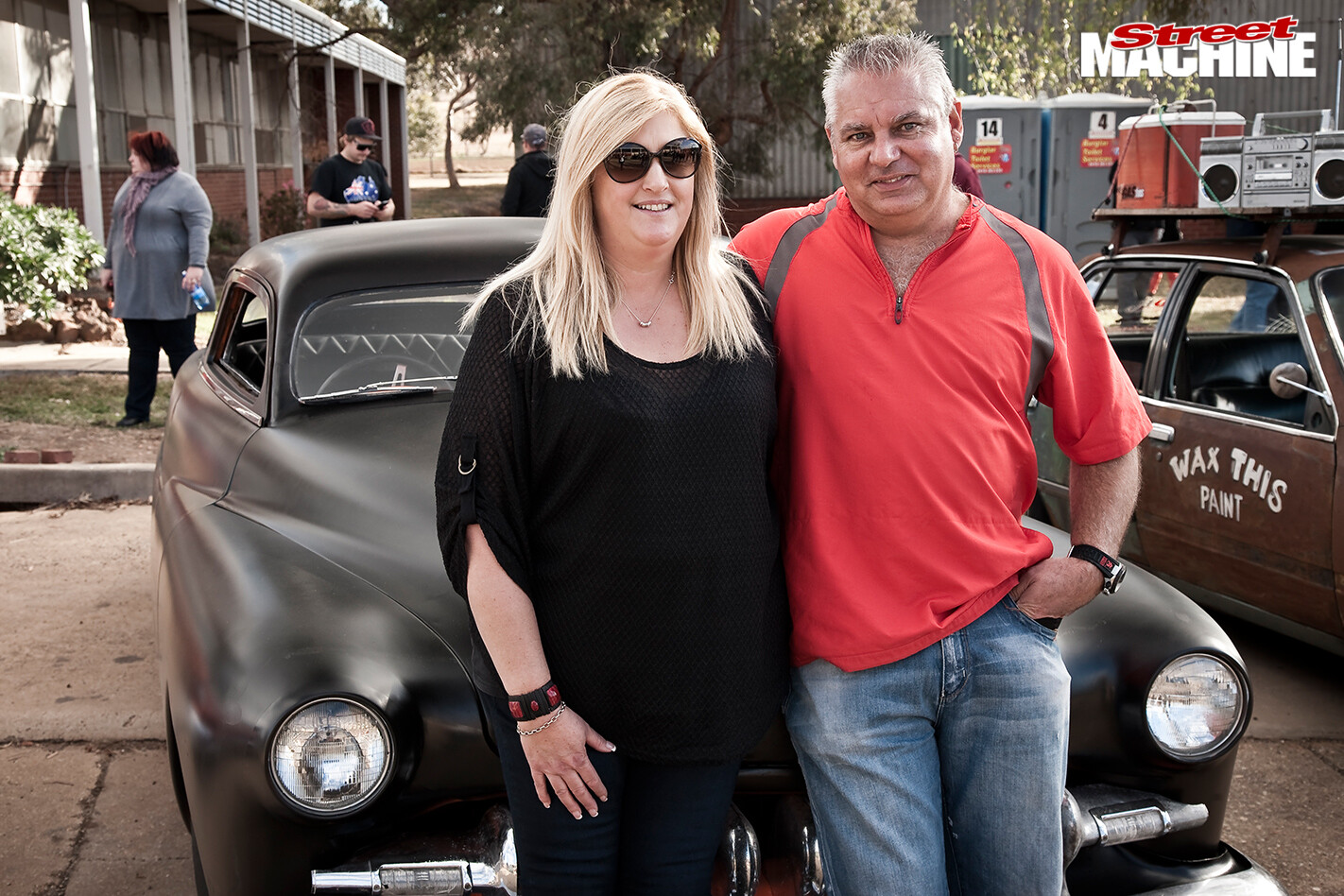 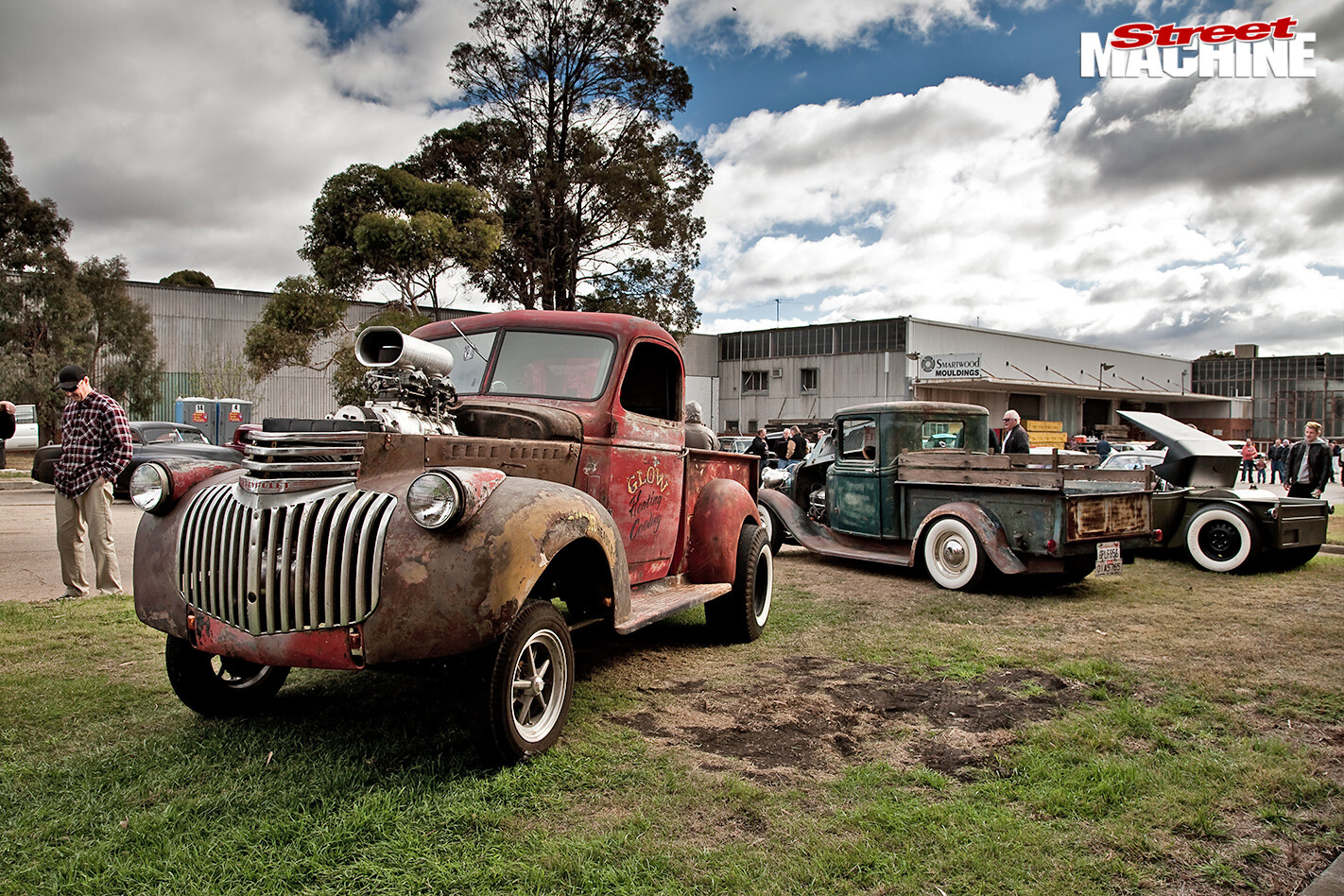 Nigel Harding’s Chev pickup has been turned into a killer gasser by Hodgie’s Speed Shop. It’s powered by a 6/71-blown 468ci Chev, with a reverse-pattern TH400 and a big-dollar 9in. Up front is a Speedway Motors axle, with old-school eight-foot ladder bars out back