THIS year the weather gods shined on the second Boogaloo invitational, held at Wattle Flat Recreation Reserve in Castlemaine, Victoria. Organisers Des Russell and Tesha Mahoney went for a three day format this time, which seemed to work a charm! We had so much trouble trying to choose a Top 12 that we’ve split it into pre-1948 and post-1948 lists. Here’s the post-’48, as chosen by photographer Thorogood. 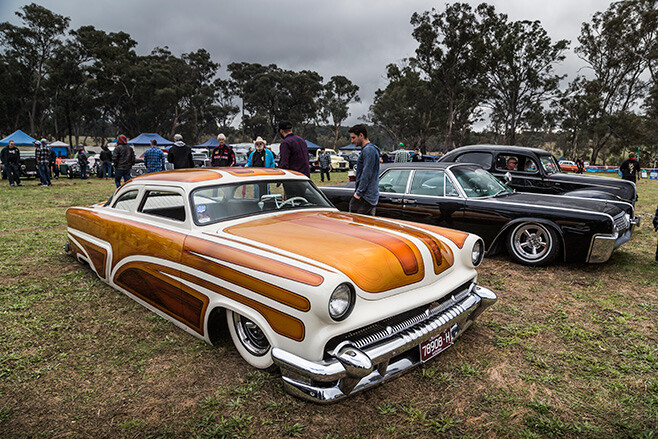 Mat Egan imported his ’54 Ford Customline from the States over Christmas, choosing the Boog as its first Aussie showing. The sled was chopped, channelled and sectioned in the US before Matt covered it in his world famous panel-painting – which we covered in Street Machine Hot Rod Annual, 2009. 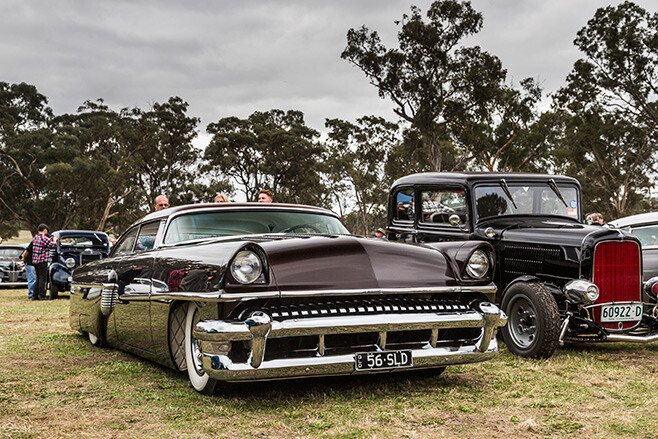 James Gamble drove a whopping 1900km one-way to the Boogaloo from Queensland. His ’56 Merc has a crazy chop with 4in out of the front and 6in from the rear. While he bought the primered rolling shell from the US of A, a heap had to be re-worked, resulting in a pristine finish with a mix of both ’55 and ’56 Merc pieces. One thing he didn’t mess with were the taillights, previously added by Gene Winfield. The Barossa’s Jordan Kuchel finished his Egan-esque panelled ’48 Chev pick-up for his wedding a couple of months back and has been driving the wheels off of it ever since. The Grinders CBB members reckoned it was rad too, bestowing their trophy on it. 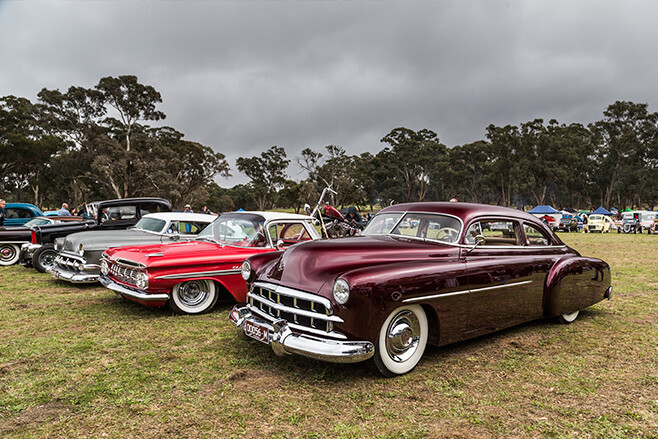 Sporting a ’49 Caddy grille, Joe Amato’s ’51 Chevy was a stand-out. The Barris-style, ex-Texan sled has 3.5in chop up front and 4in out of the rear, a ’51 Olds bumper, frenched headlights, rear quarters extended 5in with ’50 Chrysler taillights added. 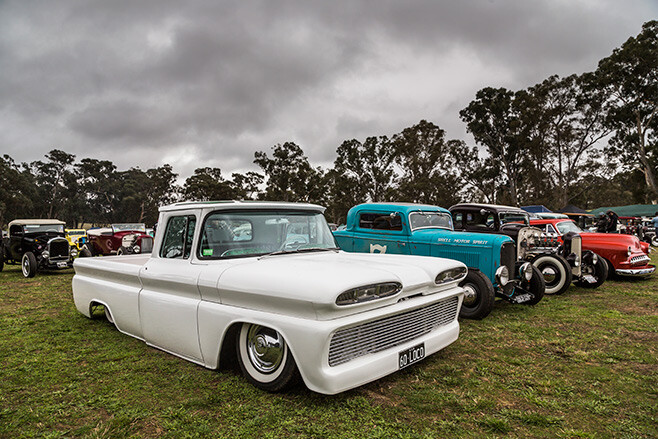 Ben Love's white ’60 Chev pickup was both invitee and tow car to his angry Model A-coupe. Sporting a tube grill with custom painted roof and dash, the bagged ride has to be one of Australia’s coolest tow vehicles. 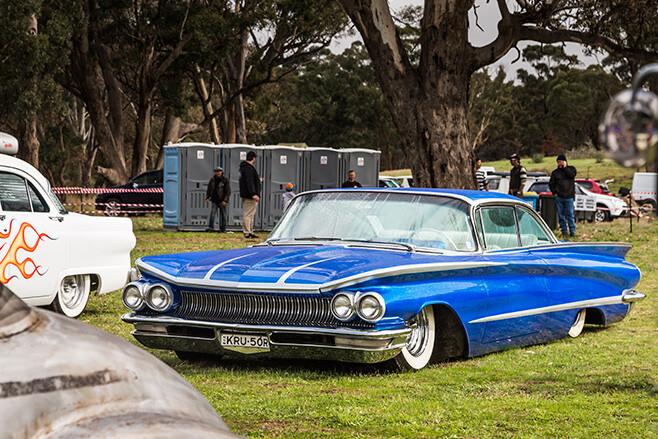 Being an overcast weekend, Steve Cooke’s ’60 Buick didn’t quite provide the sparkly-mirror ball effect that it could have. Doused in heavy metal-flake, the 401ci powered land-yacht is quite the eye catcher that would’ve snapped a few necks on its way down the Hume Highway. 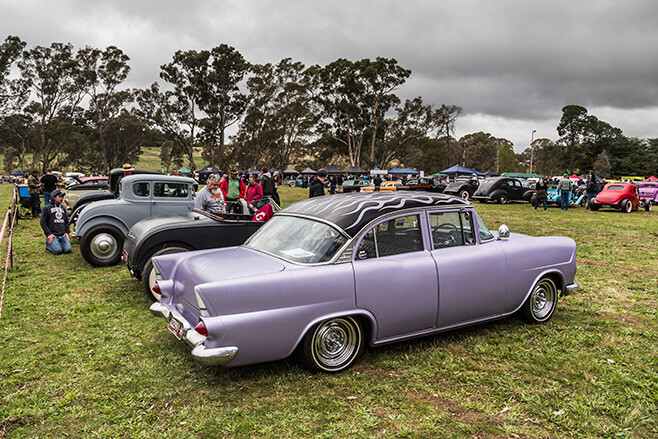 Adam McKay had a trouble-free cruise from the nation’s Capital in his flatty-powered ’53 Vicky Crestline. The Dukes C.C. member bought the Vicky a year ago, already customised. Another tidy mild custom was Caitlin Webb’s ’63 T-bird. Simplicity is the key, with de-badging, tube grille, Supreme rims with small whites. She’s keen to paint the ’bird soon, including a flaked roof. It is always a pleasure to see Michael Morris’s ’49 Chev, which was featured in SM way back in the October 2005 issue. 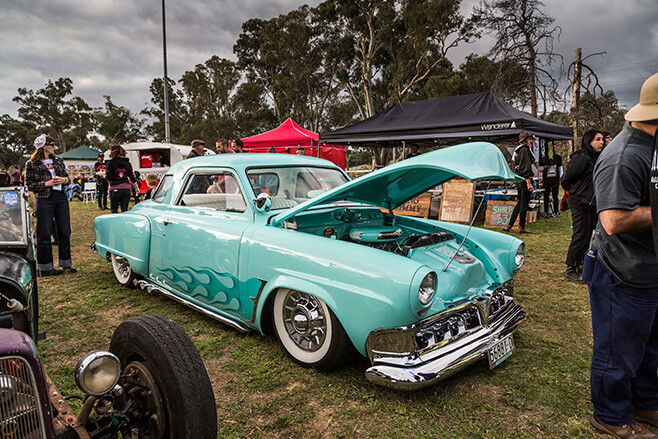