ANOTHER couple of hectic days for the XBOSS and Street Machine team in Detroit as the hours ticked down to getting the car to the Cobo Center for the Autorama. We welcomed a couple more West Aussies into town and thought it would be a great idea to show them some of the cool cars at Vanguard Motor Sales, which is just up the road from American Speed Company where the final preparations were being made to XBOSS.

There is such a great variety of cars in the place, you can spend hours just browsing around, and while there appeared to be some bargains on offer, with the Aussie dollar sitting at around 70 cents US and factoring in freight and taxes, the prices don’t seem so attractive all of a sudden. Probably explains why they haven’t sold a car to Australia in over a year whereas they were sending two or three cars a month prior to that. One of the highlights of that visit would be seeing Rick Dobbertin’s old Chevy Nova, a car that was built over 30 years ago and still looks amazing. It’s also heading to the Autorama, so it will great to see it displayed in all its glory.

With plenty of work still going on at ASC, I headed off to the airport to pick up Mike Carter — trimmer — and SM photographer Chris Thorogood. Once we figured out that Chris's baggage had headed to the sunnier climes of Phoenix, Arizona and not Detroit, we headed back to see how the boys were progressing. It was still all hands on deck, but the car was complete and looking great.

On day three we all awoke to a Winter Wonderland, which meant the locals had to watch a trio of Aussie idiots run around the car park making a snowman and throwing snowballs at each other — and no, we didn’t eat the yellow snow. The place was completely blanketed in snow, so I was a little concerned about how the transport would go, but there was nothing to worry about. The car carriers see this kind of weather all the time and we’re glad to say that XBOSS has made it to the Cobo Center and is already blowing away the Americans.

There’s some tough competition this year, but XBOSS is well and truly in with a chance. We’ll be unveiling it soon, so keep checking in to see what all the fuss has been about. Of the many muscle cars at Vanguard, this Malibu was probably the cleanest, running Magnum-style wheels and a set of 275 ET Street out back 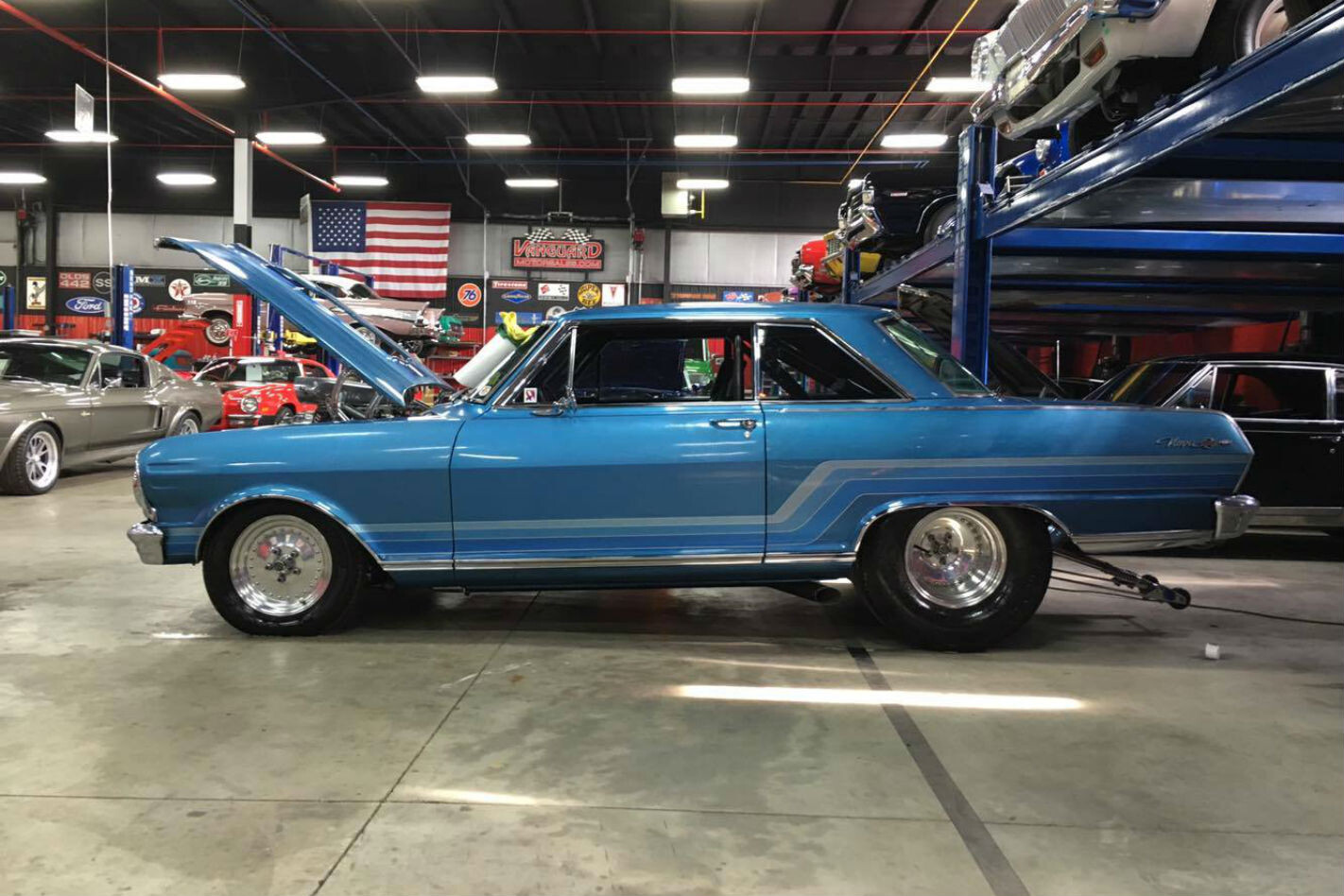 It’s truly amazing how well Rick Dobbertin’s Nova has survived. What a wild piece of machinery, it would still turn heads today 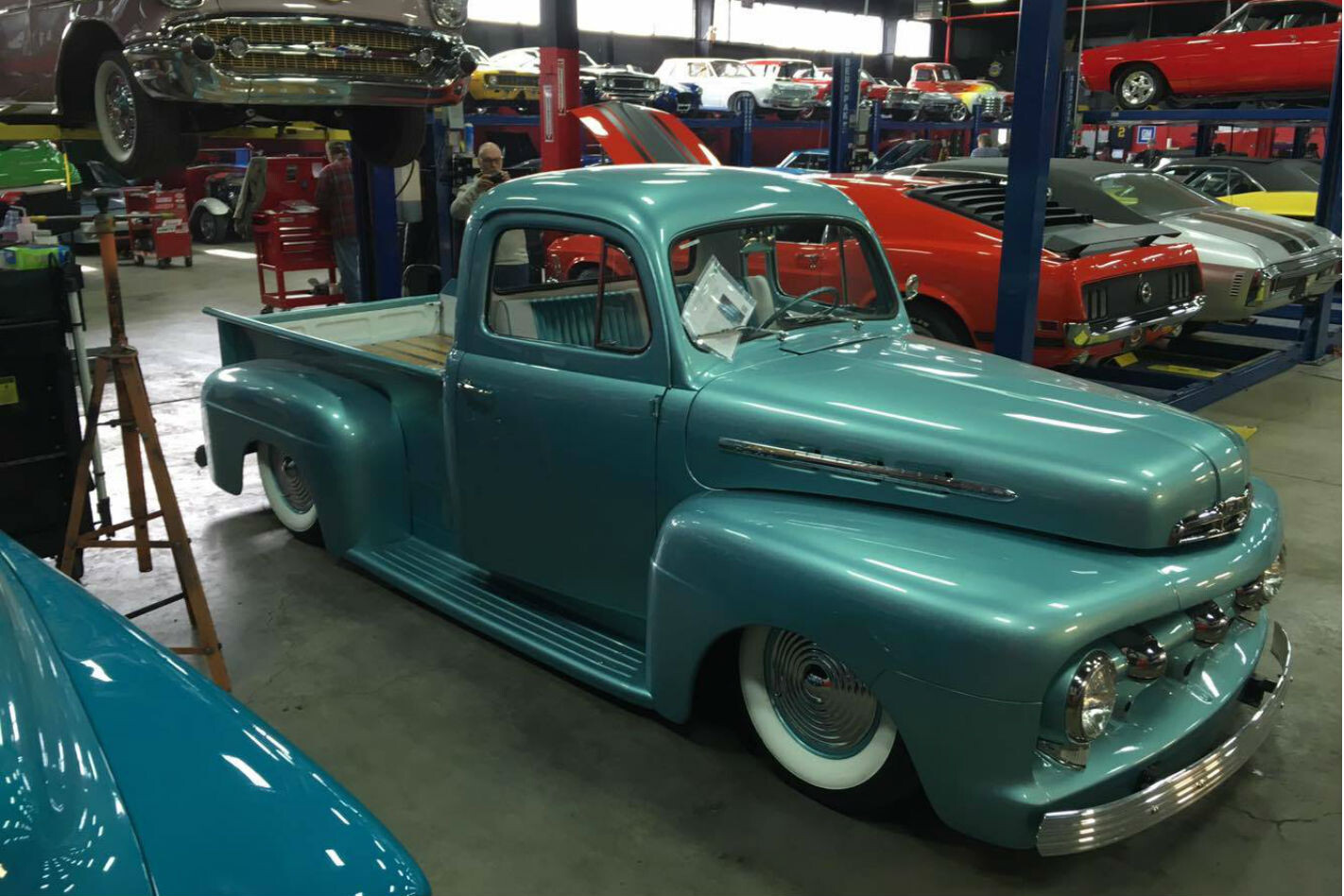 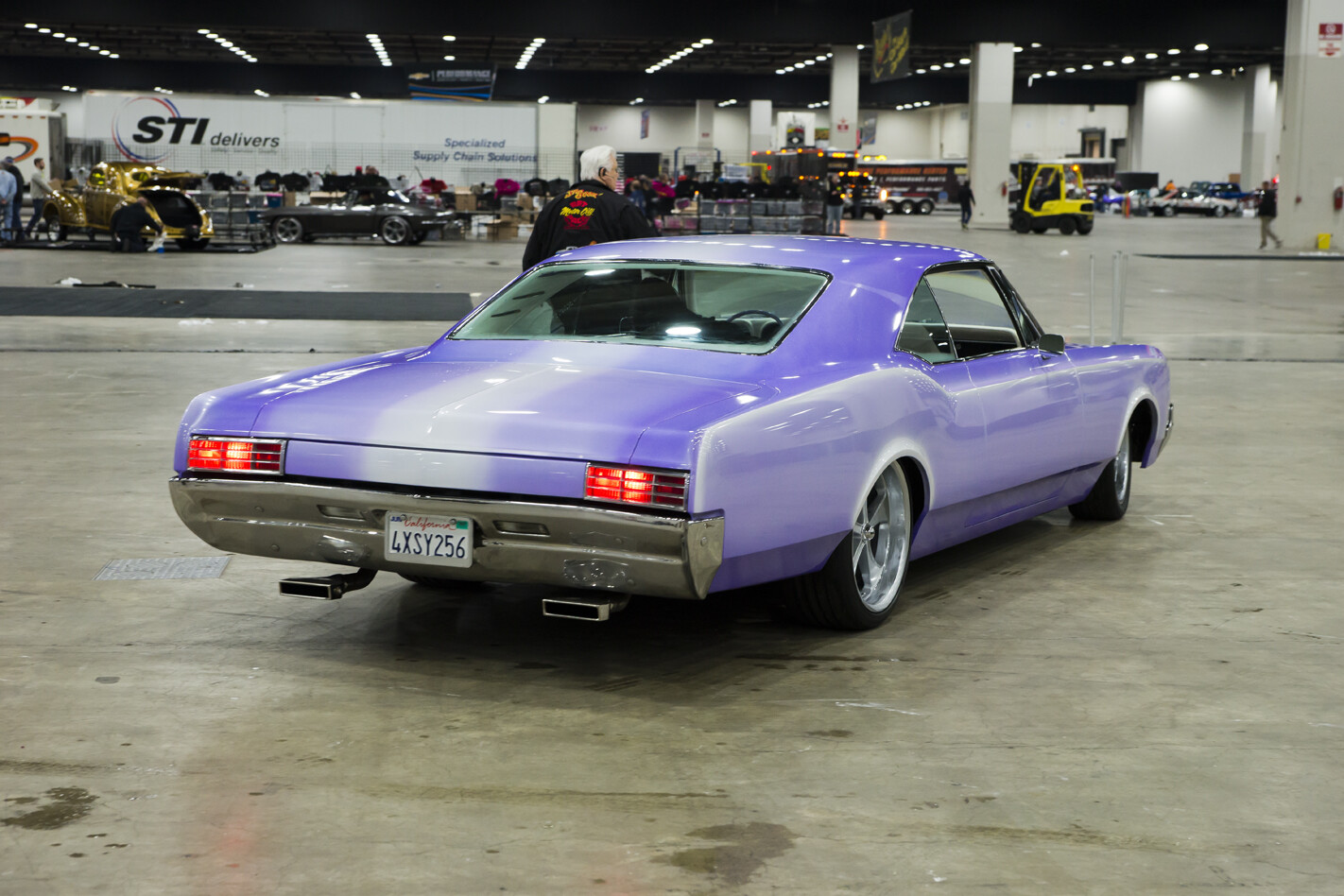 One of John D’Agostino’s early customs, the Venturian, rocked up. It’s a ’66 Oldsmobile with a pretty wild fade job This Anglia panel van looked like a full-size Hot Wheels car with those massive wheels on it! This sinister looking ‘Cuda is running a turbo-diesel If Batman entered the Autorama, this would be his tow rig 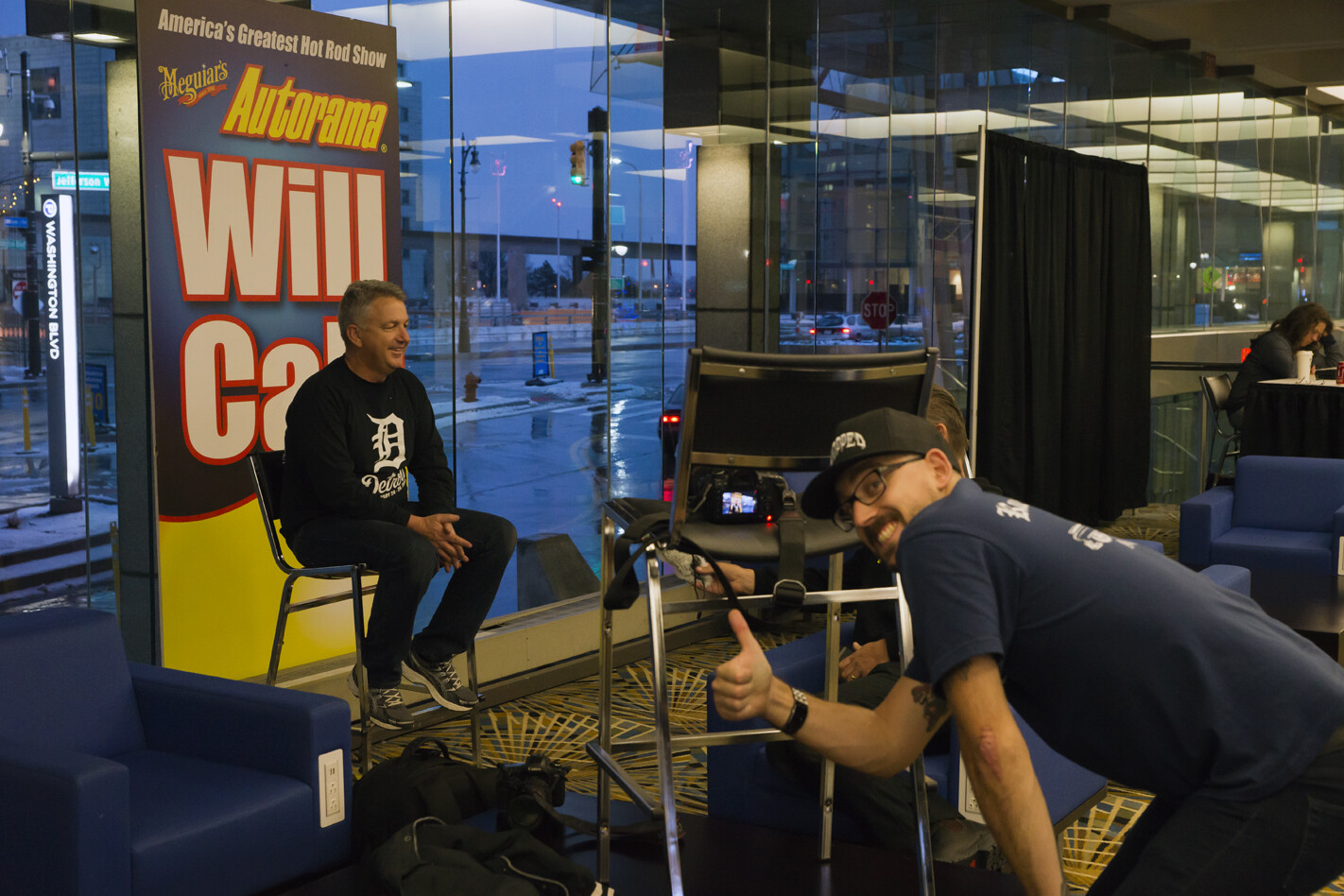 Getting an interview done with XBOSS owner, Chris Bitmead 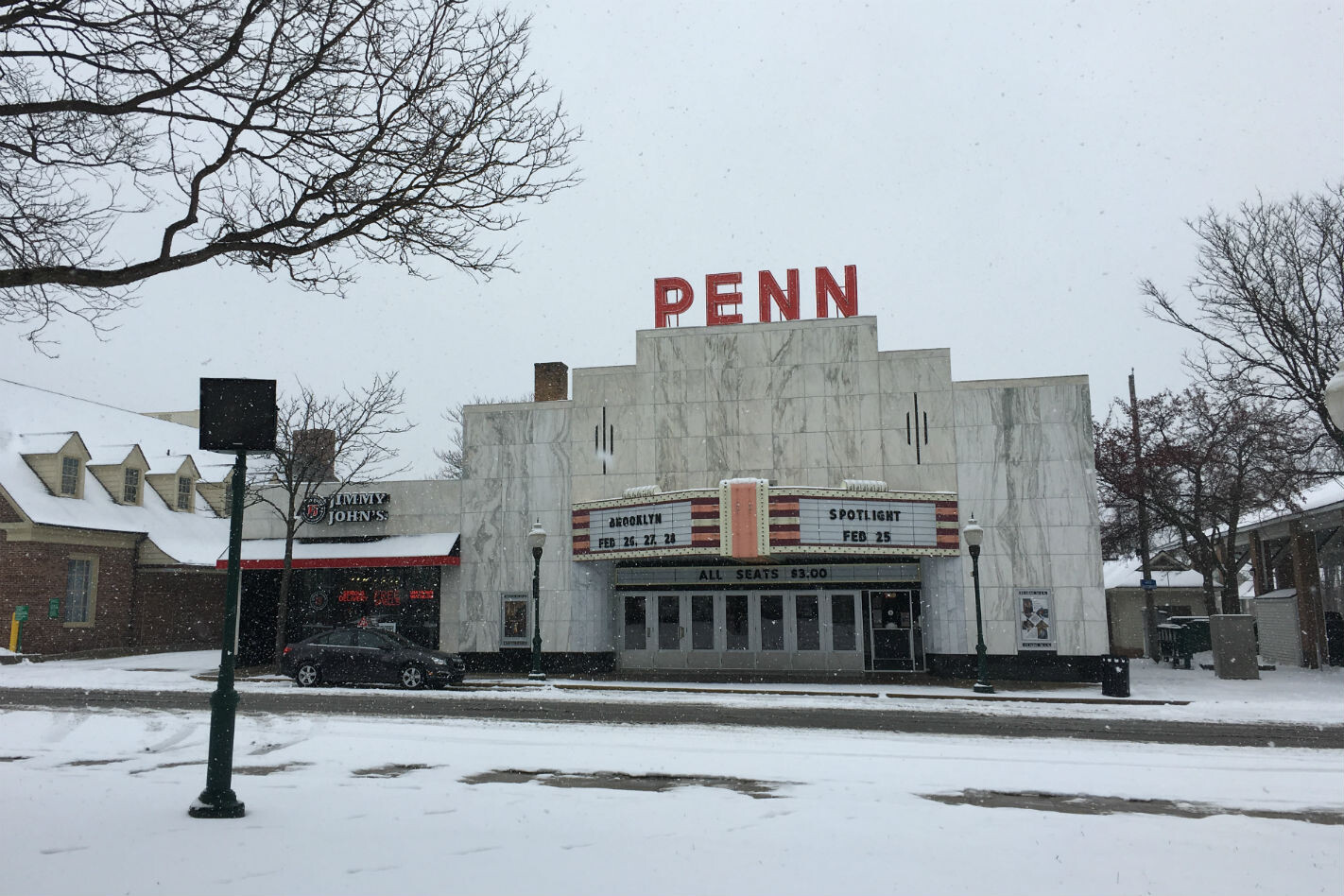 On the way into Detroit we dropped into this cool old hamburger joint called Bates’ Burgers. We sat in the window eating our delicious burgers and watching all the rusty cars go by 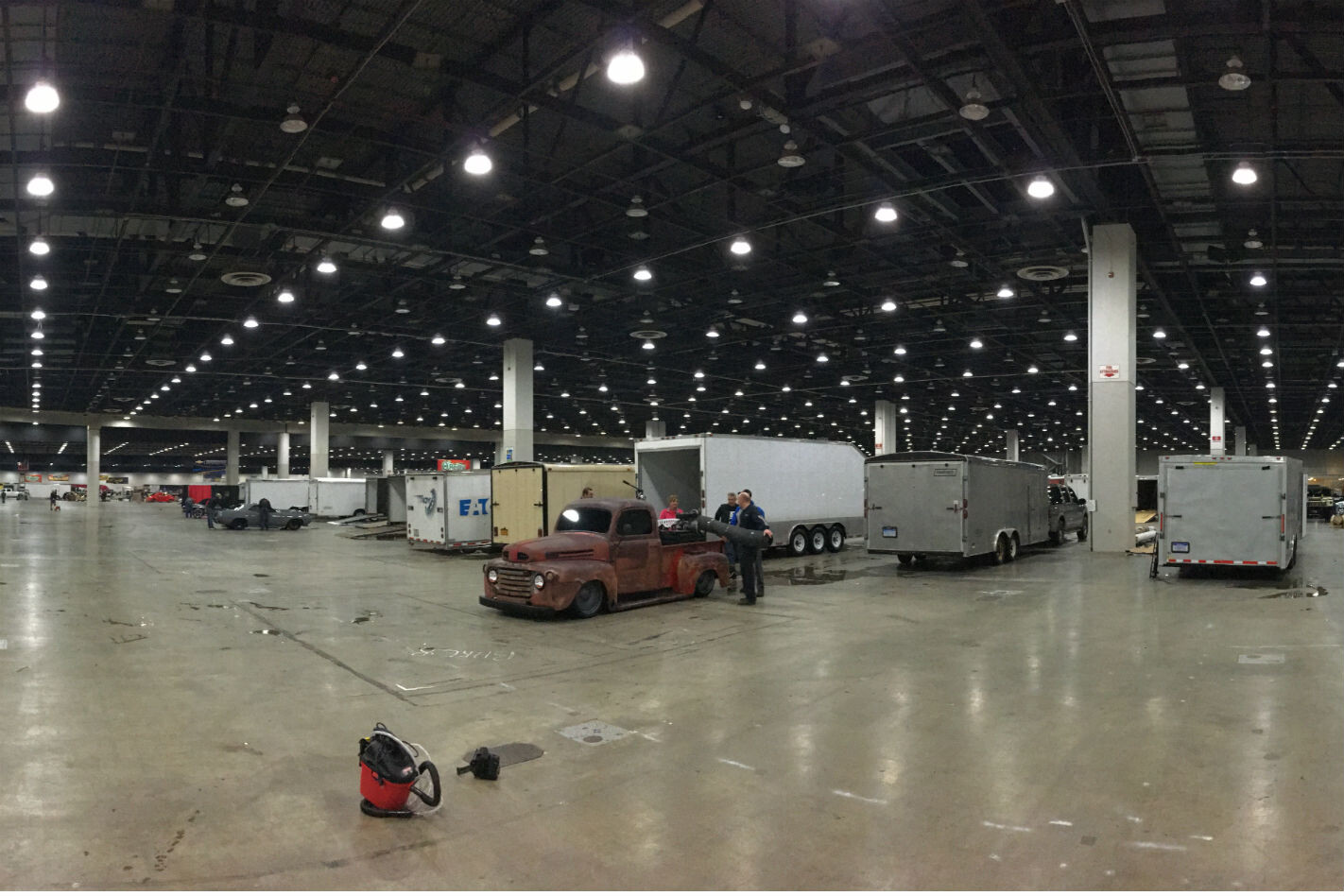 The hall at Cobo Center is huge, and even though they’ll have over 500 cars on display, I reckon there’s room for almost double that Jon Wright’s absolutely stunning ’36 Ford roadster was a contender for this year’s AMBR award. Under the old school custom bodywork is a 302, C4 and 9-inch 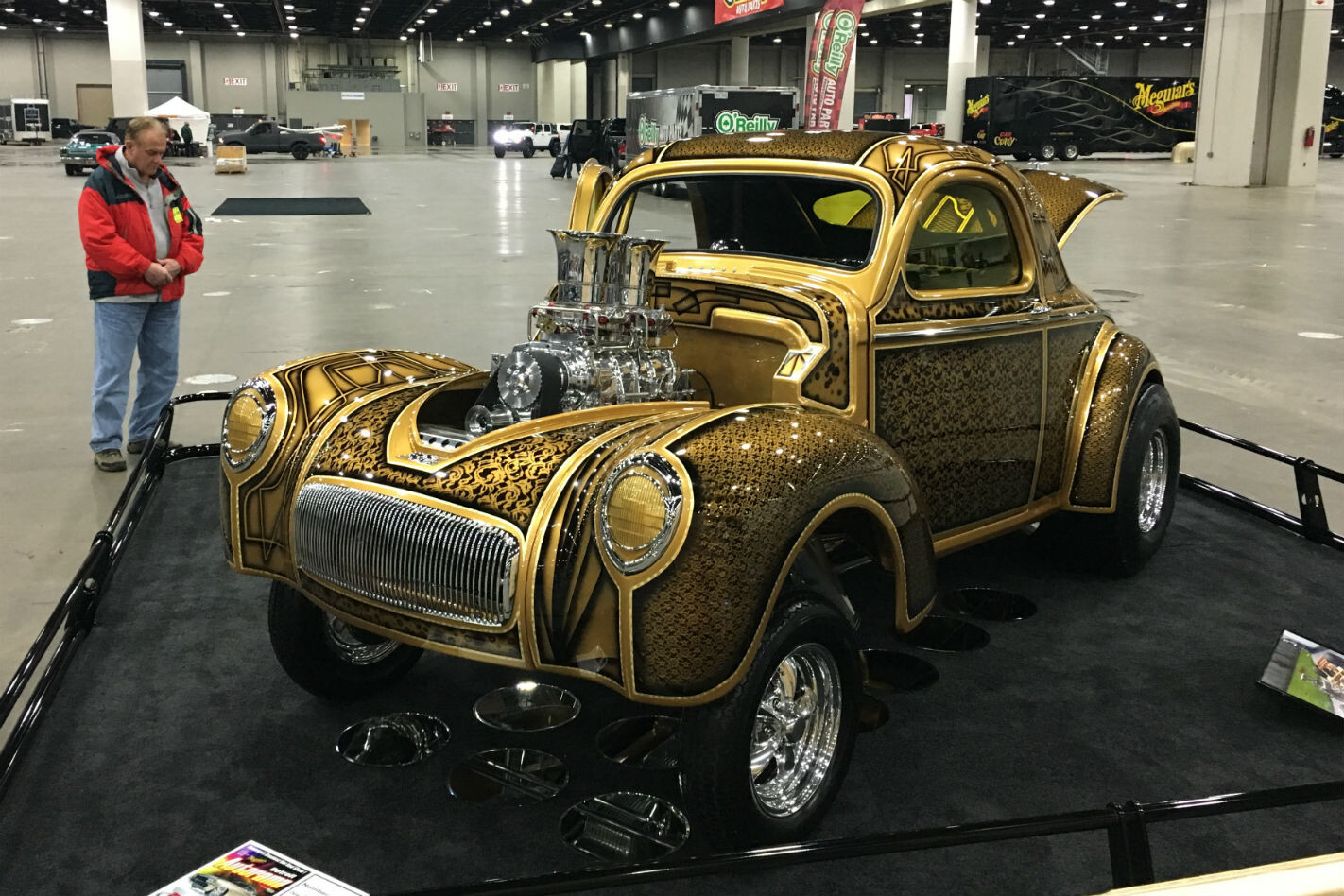 It’s tough to believe, but Tony Vestuto’s Willys gasser has been built as a street car, and he’s not joking. It’s got power steering, a/c, heater and a tilt column 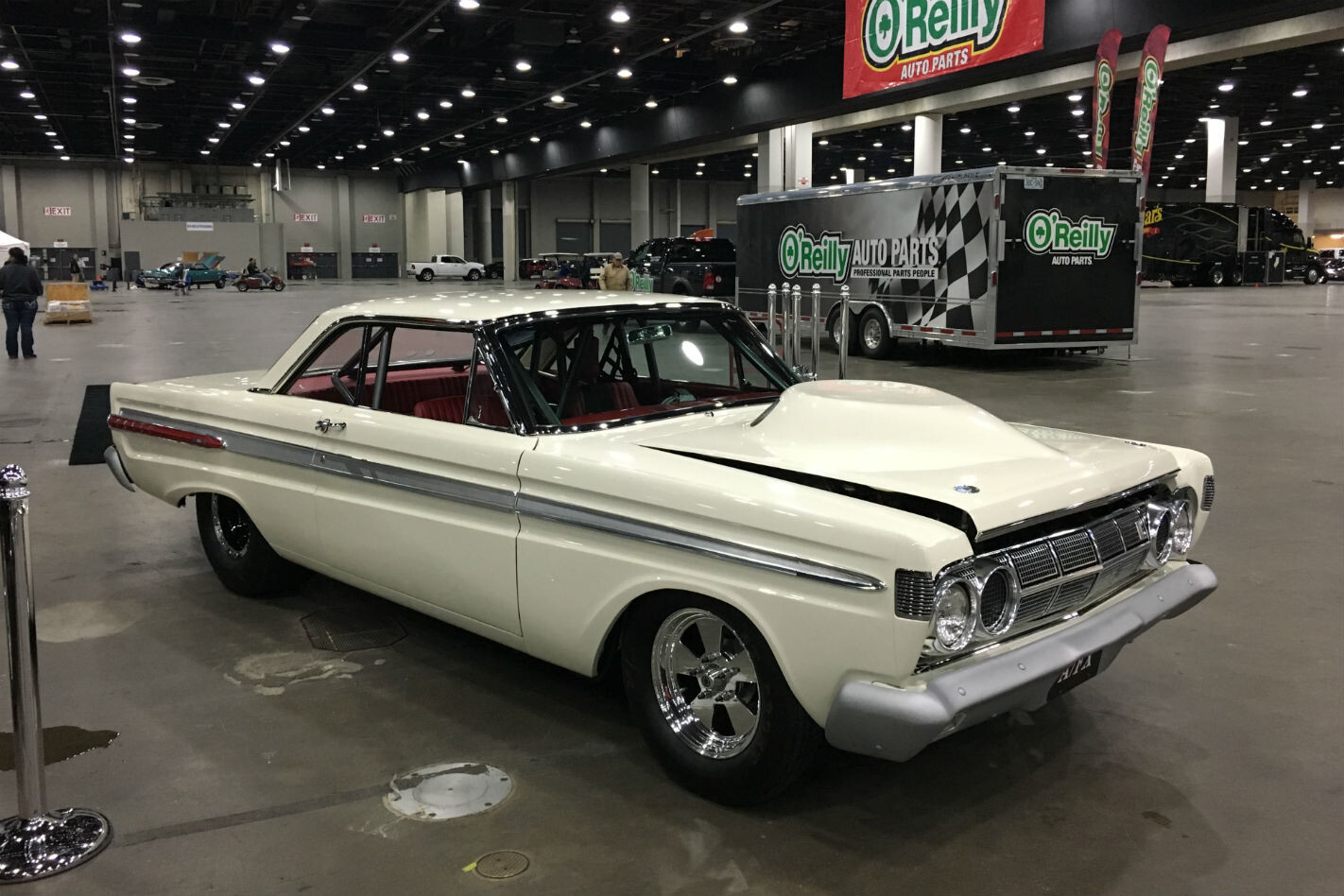 This Mercury Comet pulled in and it sounded angry!