ADAM Rogash from MPW is bringing some serious horsepower to Street Machine Drag Challenge next week. He and John Pilla from Powerhouse Engines will be running the NOSHOW HSV VT Clubsport, which has just had a 1600hp twin-turbo 427ci LS engine slotted under the bonnet running air-to-water intercoolers. It's all hooked up to a Powerglide transmission driving 275-section radials. 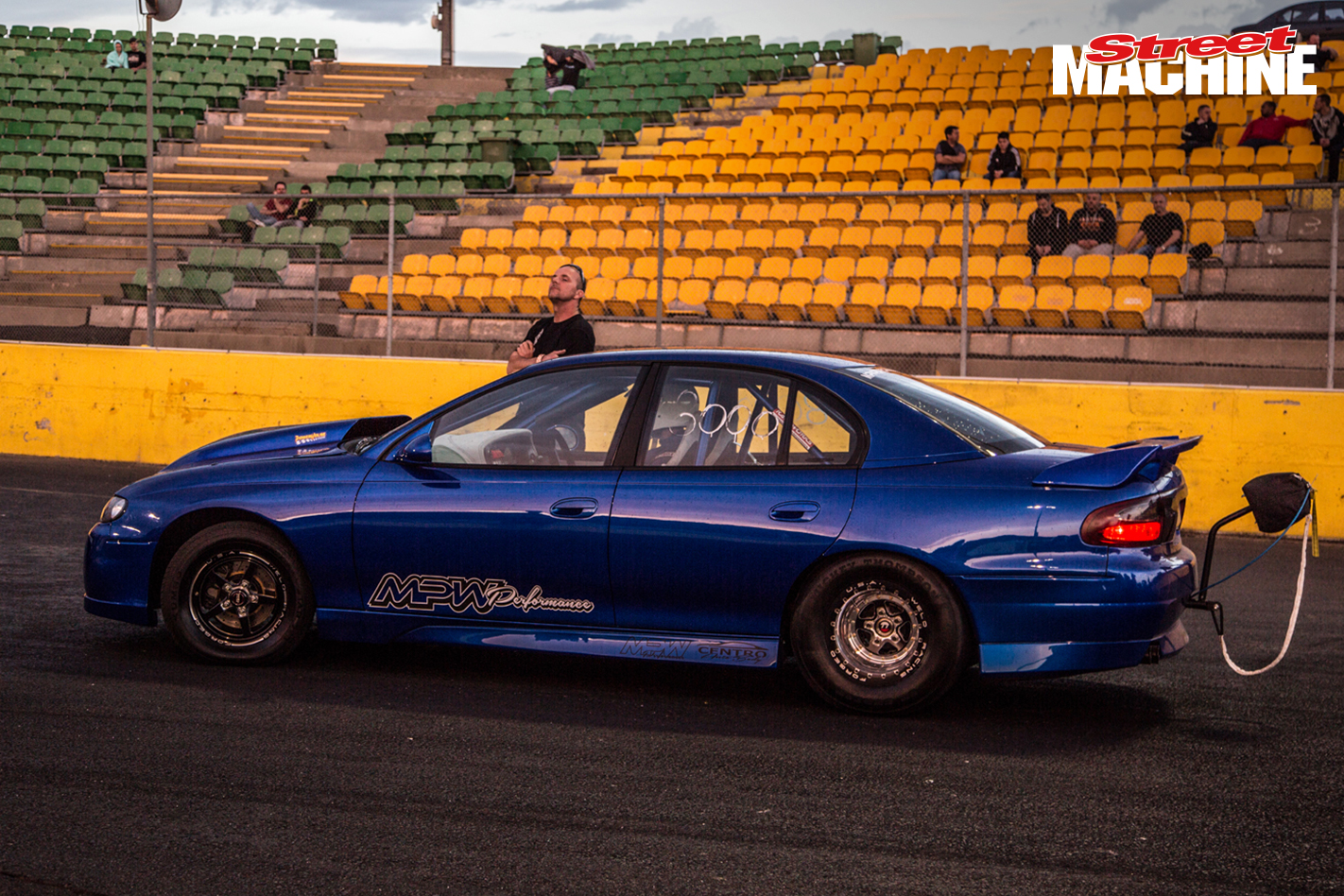 We caught up with the guys a few weeks ago when they were dyno-testing the engine before it went into the car, and were blown away by how effortlessly this motor seemed to make power. With twin 69mm turbos puffing into a Dart LS Next block, she topped out at 1614hp and 1408ft-lb on 24psi. 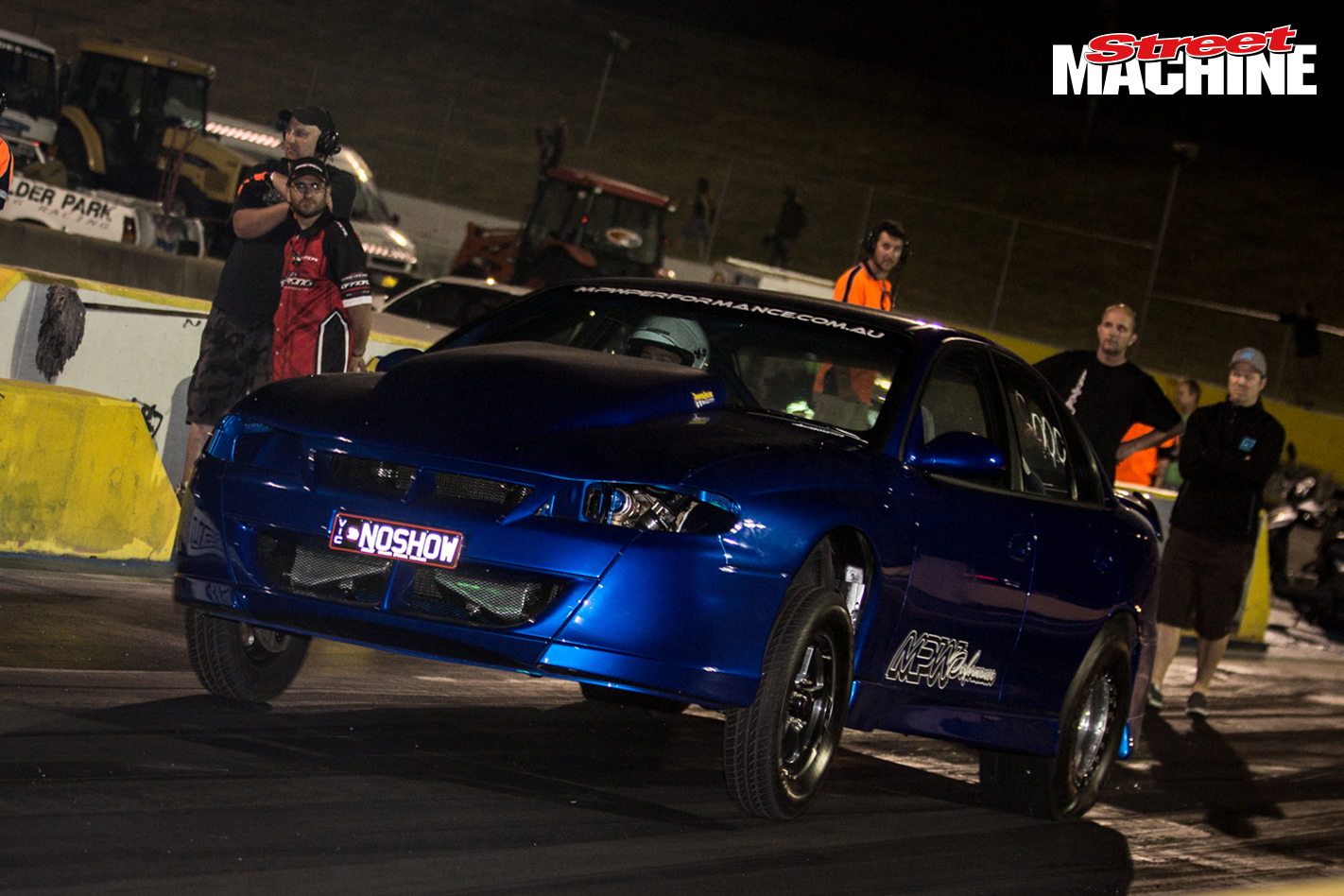 The boys got the engine in the car without any dramas and Adam took the Clubby for a test run. It went 8.40@163mph, and driving on the street was a breeze. “It drives just like a normal Commodore, until it gets on boost,” Adam says. He will be happy if he can keep the Clubby’s quarter times in the eight-second region for the five days. 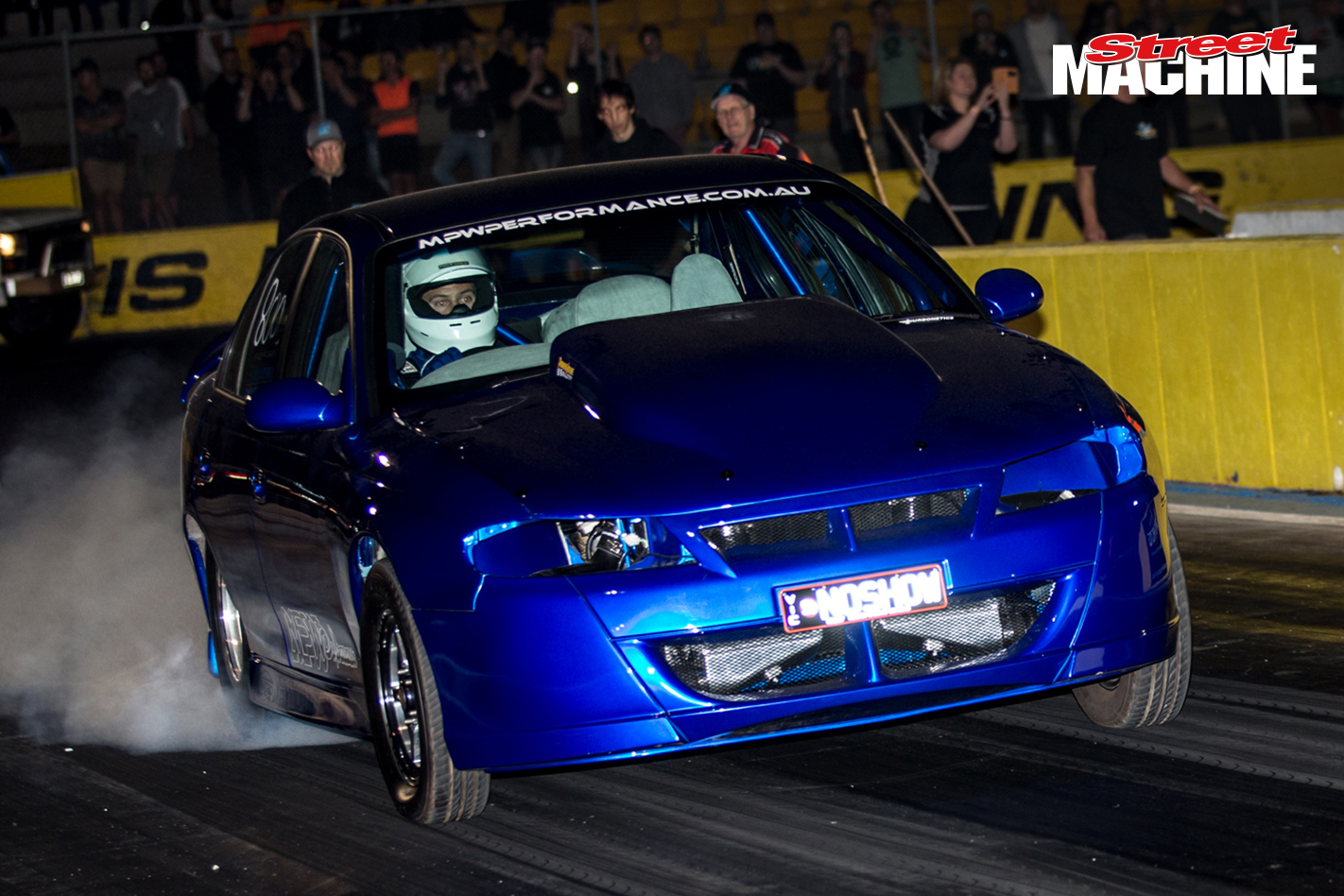 The boys have got both a track tune and a street tune set-up in their Haltech ECU system, but it’s not really necessary for Drag Challenge. They’re going to keep the engine loaded with the track tune for the whole event and just adjust the boost levels for street driving. 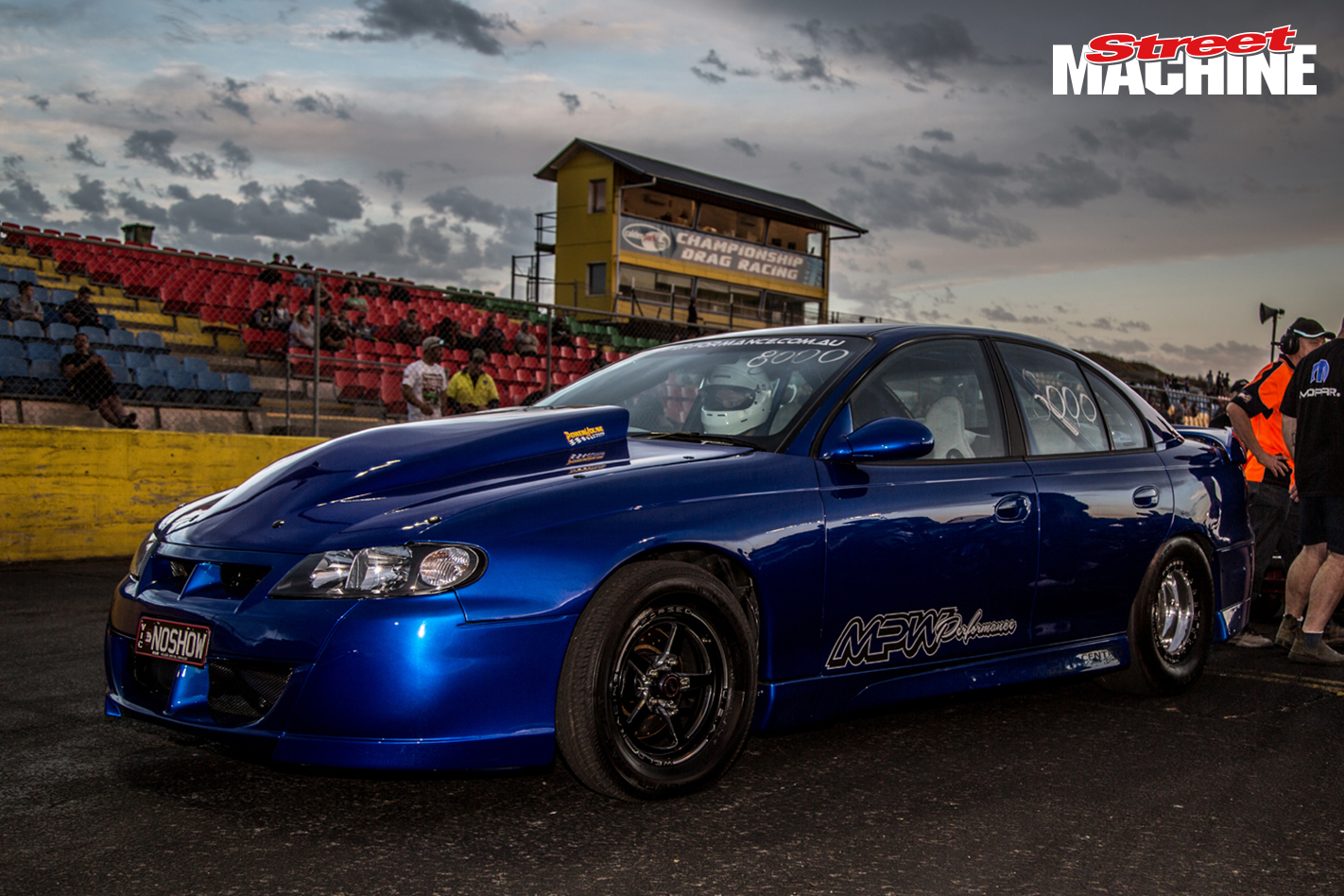 As you’d imagine, the motor drinks quite a bit of E85, which is going to be tricky to find out on the road between tracks, but Adam and John have got that covered too. “We’re bringing 400 litres of E85 with us, so we won’t have any problems with fuel!” And yes, NOSHOW will be hitched to a trailer to carry all that juice and gear. 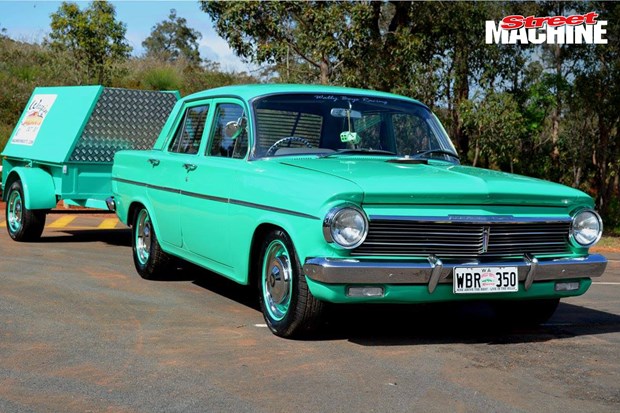