ONE of the most experienced racers at Street Machine Drag Challenge this year was George Haddad – he’s basically the godfather of Pro Street racing in Australia; without the ominous overtones. George has had more fast street cars than most of us can dream of and he whipped up a new naturally aspirated combo for his XR Falcon just before things kicked off at Calder Park this year. 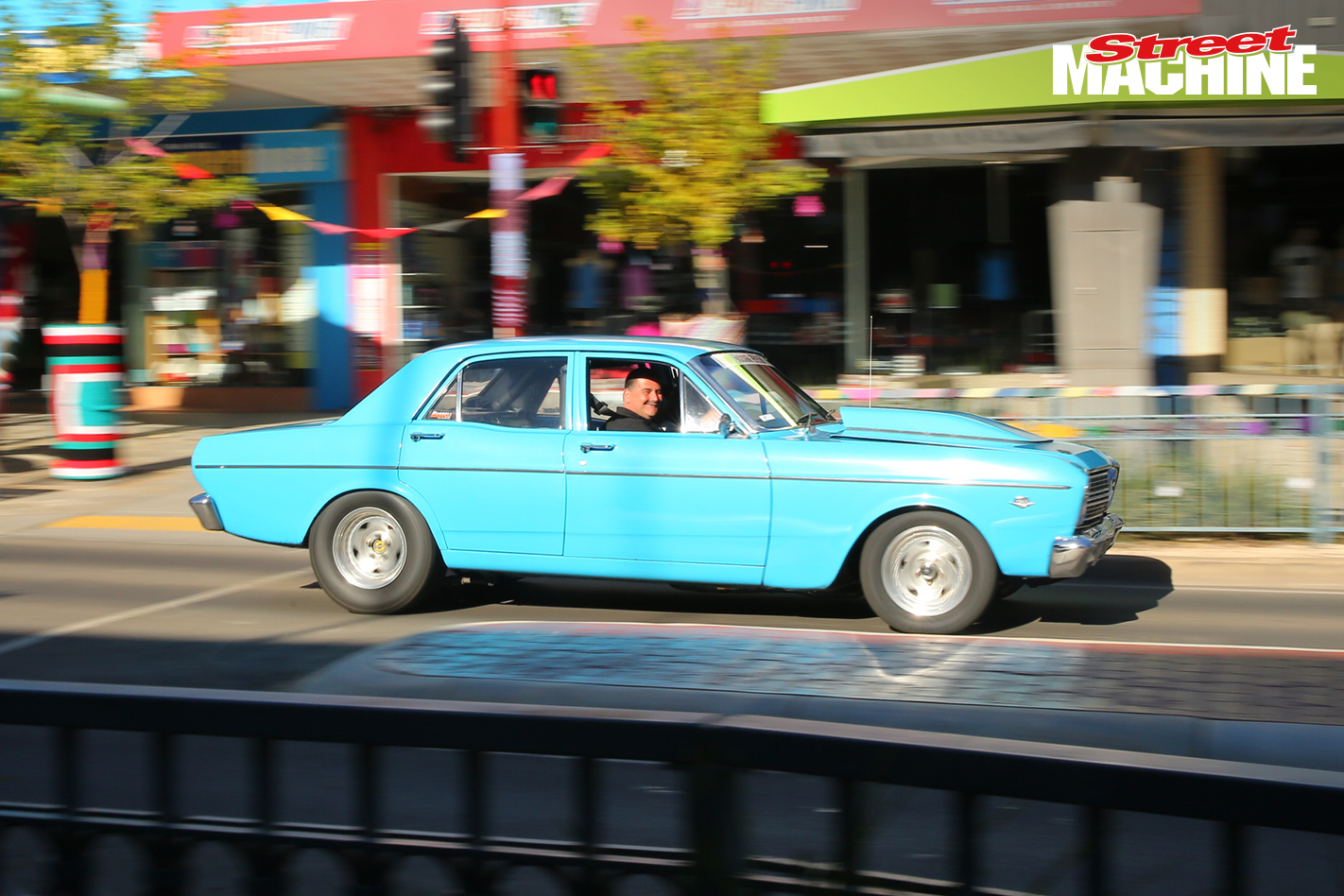 “We got the heads Wednesday, I dynoed the engine Saturday, we installed it on Tuesday and I fired it up on Saturday, drove it around the block and then took it to Calder on Sunday for check in,” George says. The combo is a 440ci Windsor that previously wore a pair of AFR heads for two years, but when Nathan Higgins asked if George would like to try out a pair of his new small port Clevo heads, he jumped at the chance. 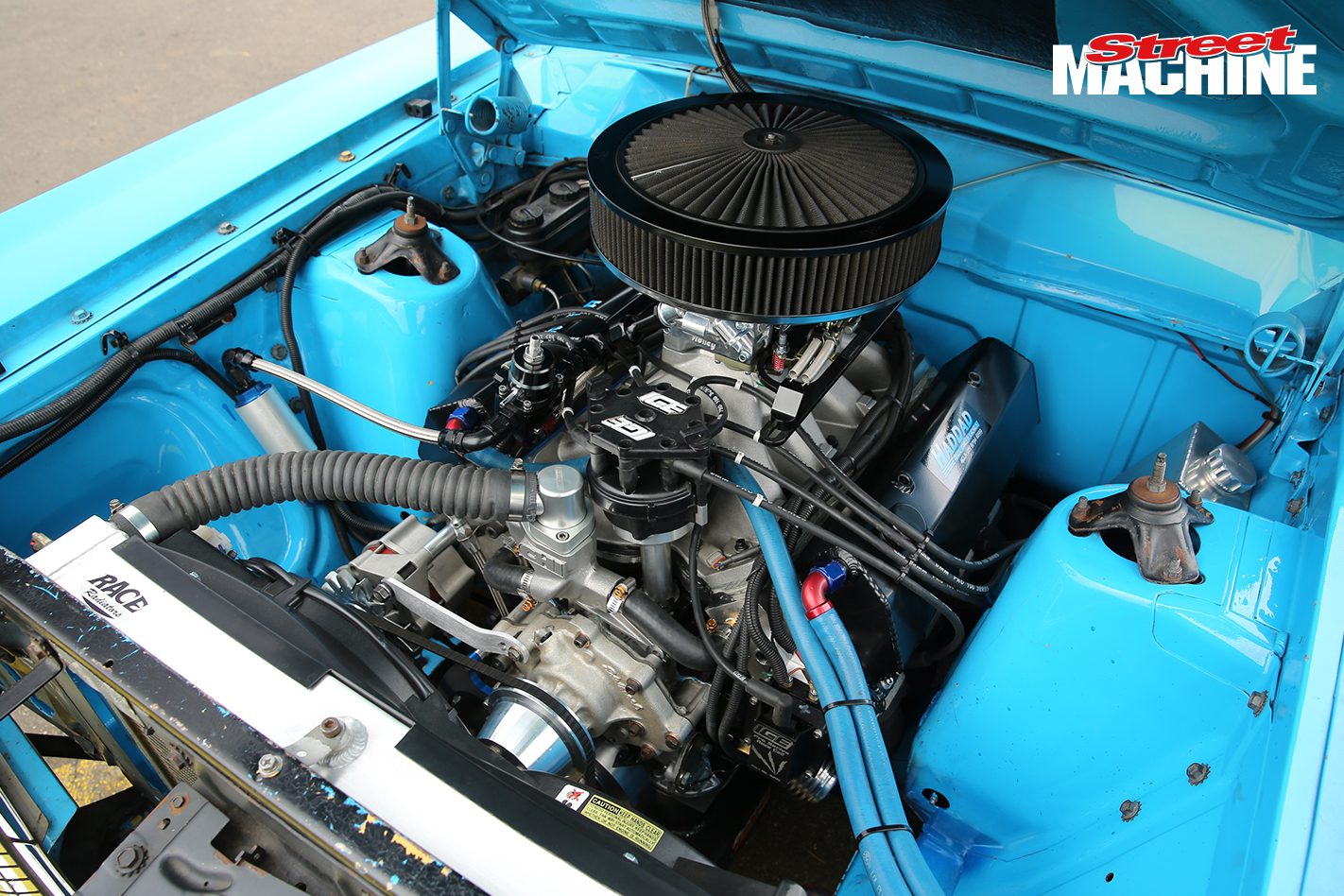 “Because the old heads were Windsor we had to change the pistons, but the rest of the bottom end is basically the same,” George says. “I used a Scott Cook 4150 intake, but because it’s designed for the 9.2 deck Cleveland and I’ve got a 9.5in Windsor I had to glue four three-millimetre intake gaskets together to make up the difference, and use some aluminium spacers to fill the valley gaps.” 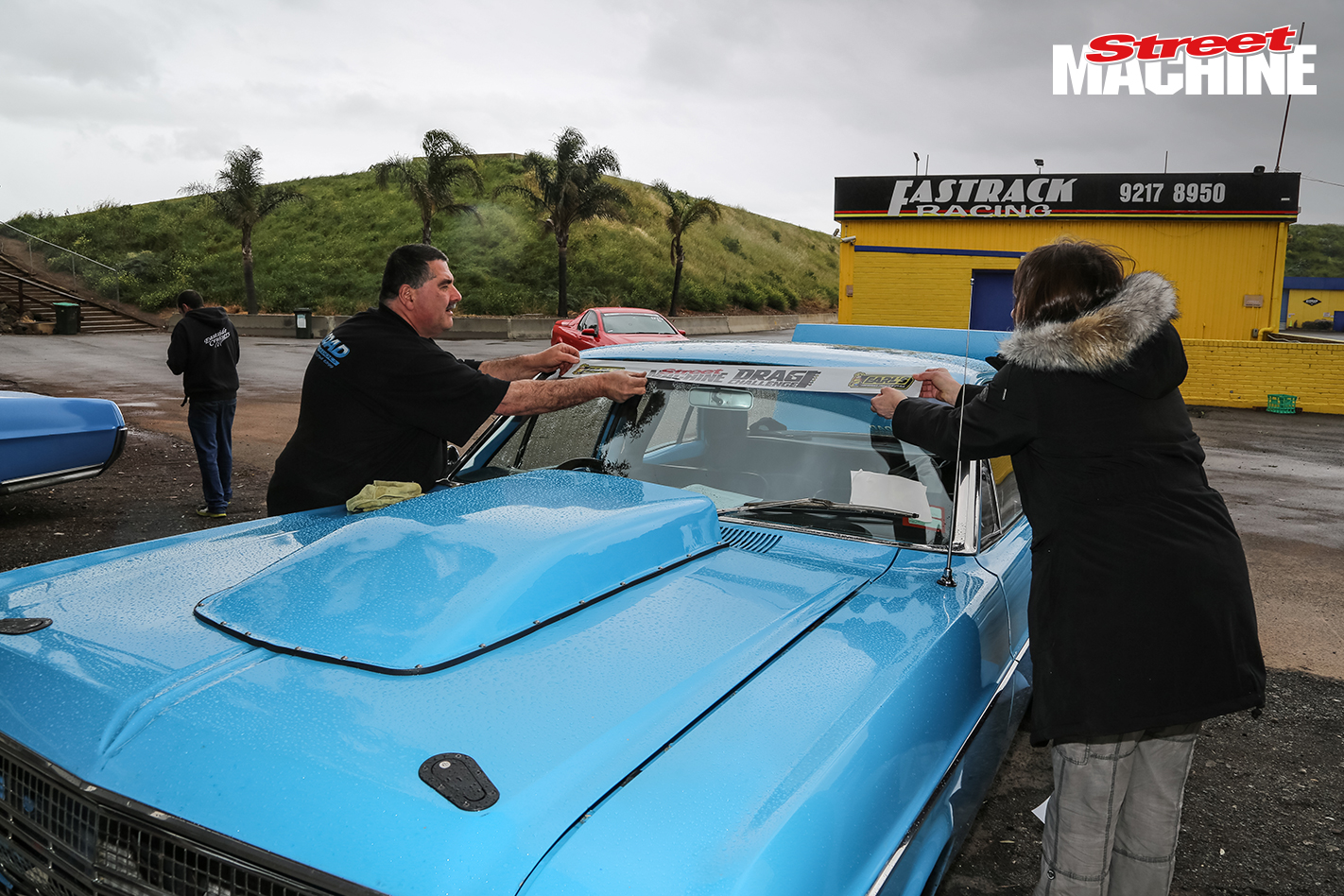 It may sound strange but the combo works. On the dyno the engine made 741hp and 602lb/ft with an average of 704hp from 5500rpm through to 7500rpm. On Drag Challenge the XR started with a 10.40 on Monday and worked its way down to a best of 10.28@133mph by Friday; impressive numbers for a full-weight street Falcon. 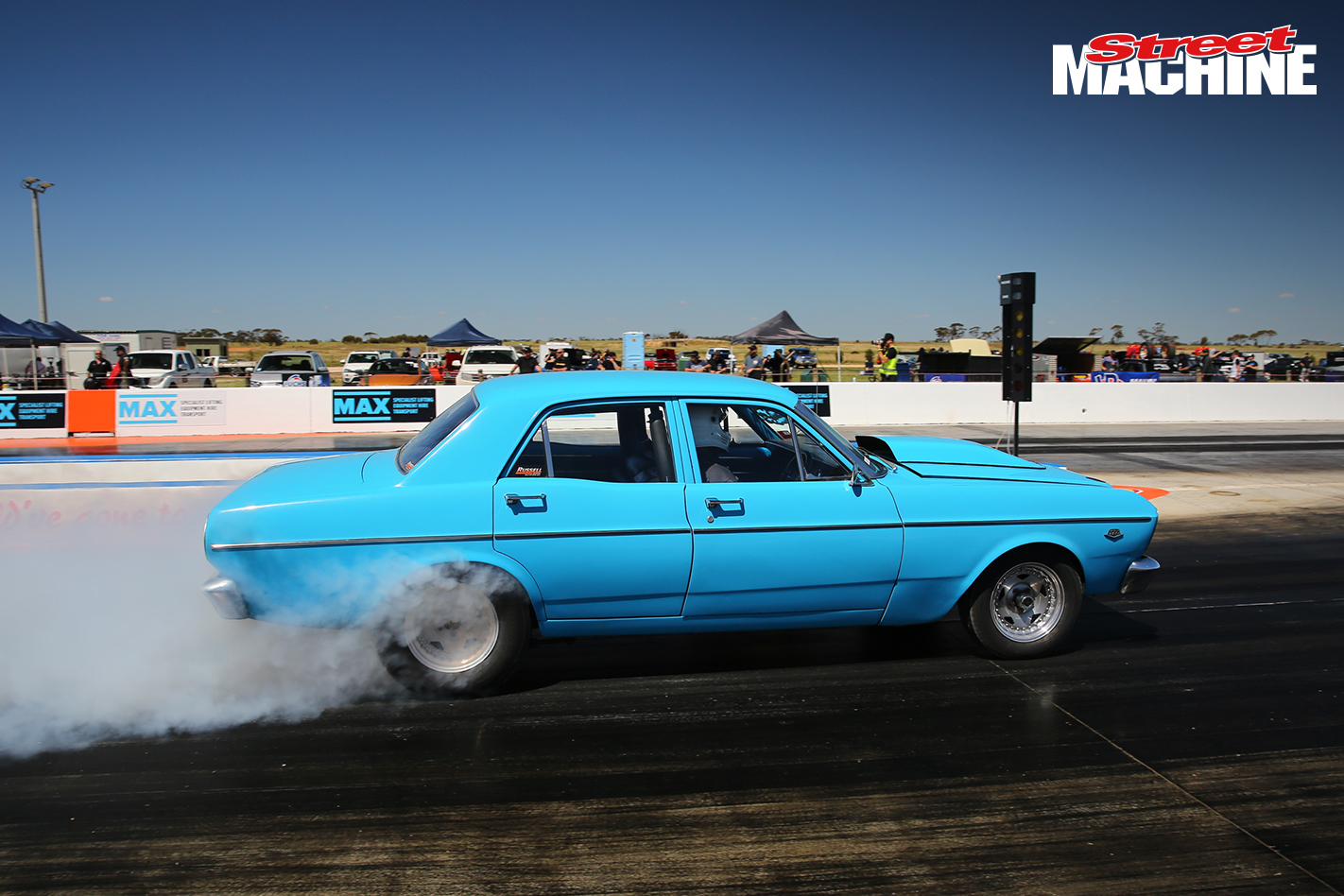 For a guy with George’s racing experience we thought he’d be pretty hard to impress, but the big fella loved Drag Challenge.

“It was awesome. You guys did the best job. I’ve raced at a lot of meetings over the years, and you guys did a great job of organising five different tracks on five different days. Everything ran smoothly,” George says. 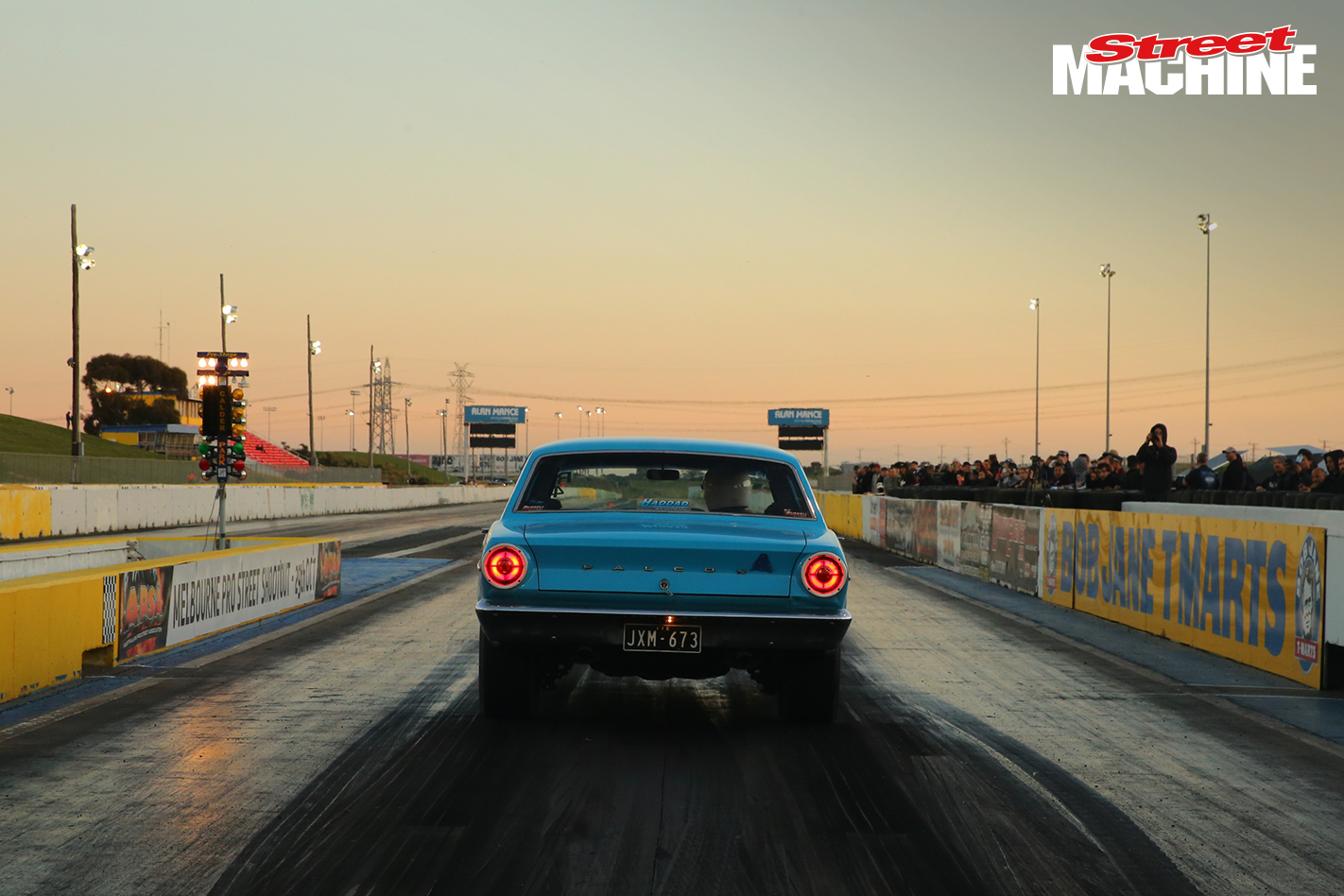 Travelling with his partner Sharon, George didn’t even change tyres during the week. “We just took a couple bags and a toolbox,” he says, “We didn’t have to touch the car at all.”

Because the XR is a streetcar 90% of the time George is hesitant to make it any quicker. He’s happy to let his nephews use the car and learn their drag racing craft. So George is already thinking about building something quicker for next year. Apparently there’s a Falcon ute sitting there just waiting to used.