JASON Waye from Tuff Mounts/Muscle Garage got the Drag Challenge bug after sponsoring the event last year, building his Barra-powered VS ute as a 10-seconds-for-$10K challenge. And he wasn’t just an entrant; Tuff Mounts sponsored the Outlaw Aspirated class in 2017. Jase spent the first couple of days knocking on the door of a 10, but finally broke through after pulling the passenger headlight. “I was chatting with Steve Grima after running an 11.0, and I was really happy but really pissed off with that as I could taste the 10,” he says. “Steve suggested taking the headlight out as he’d picked up a tenth doing that with his car, so we did that and ran a 10.54! 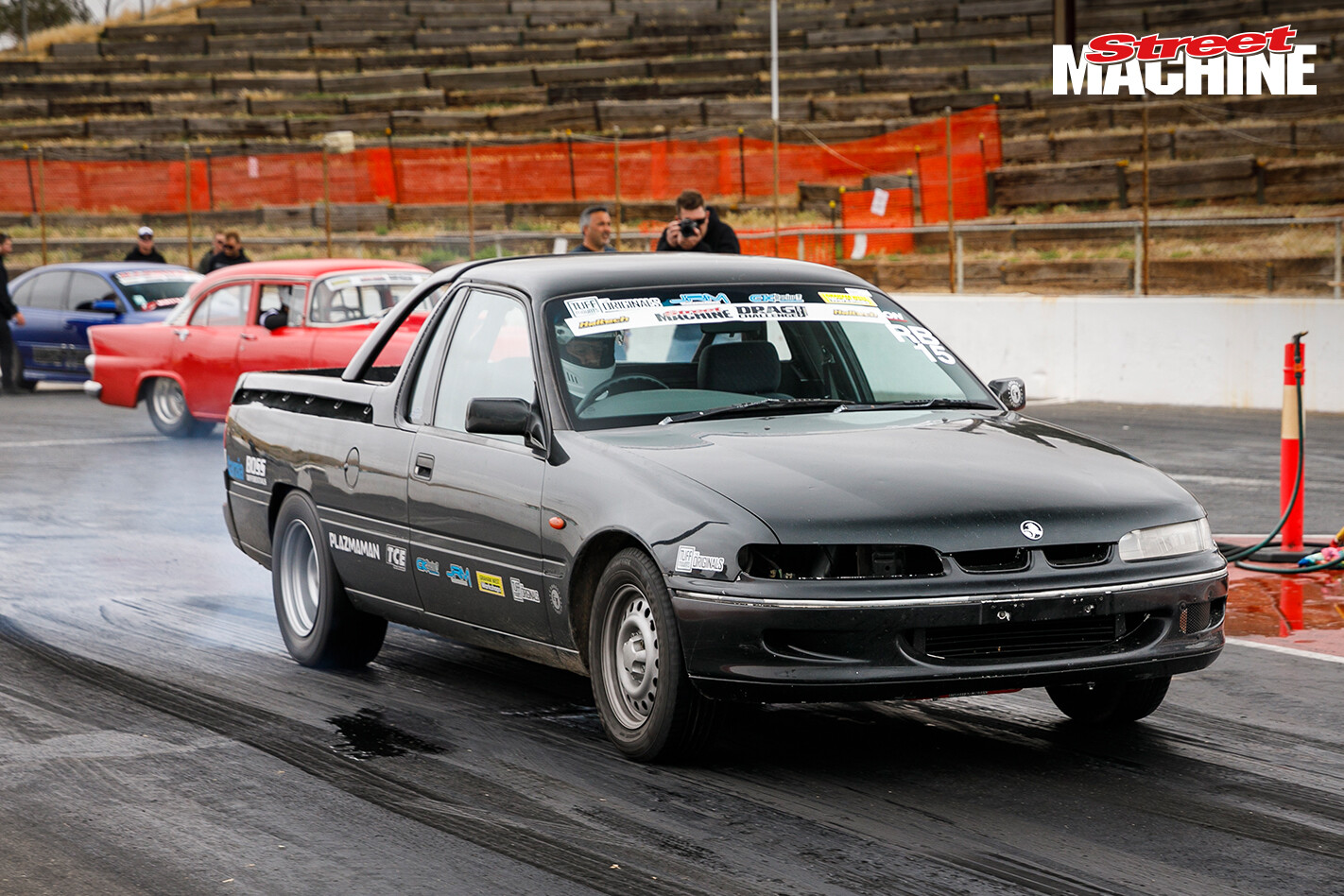 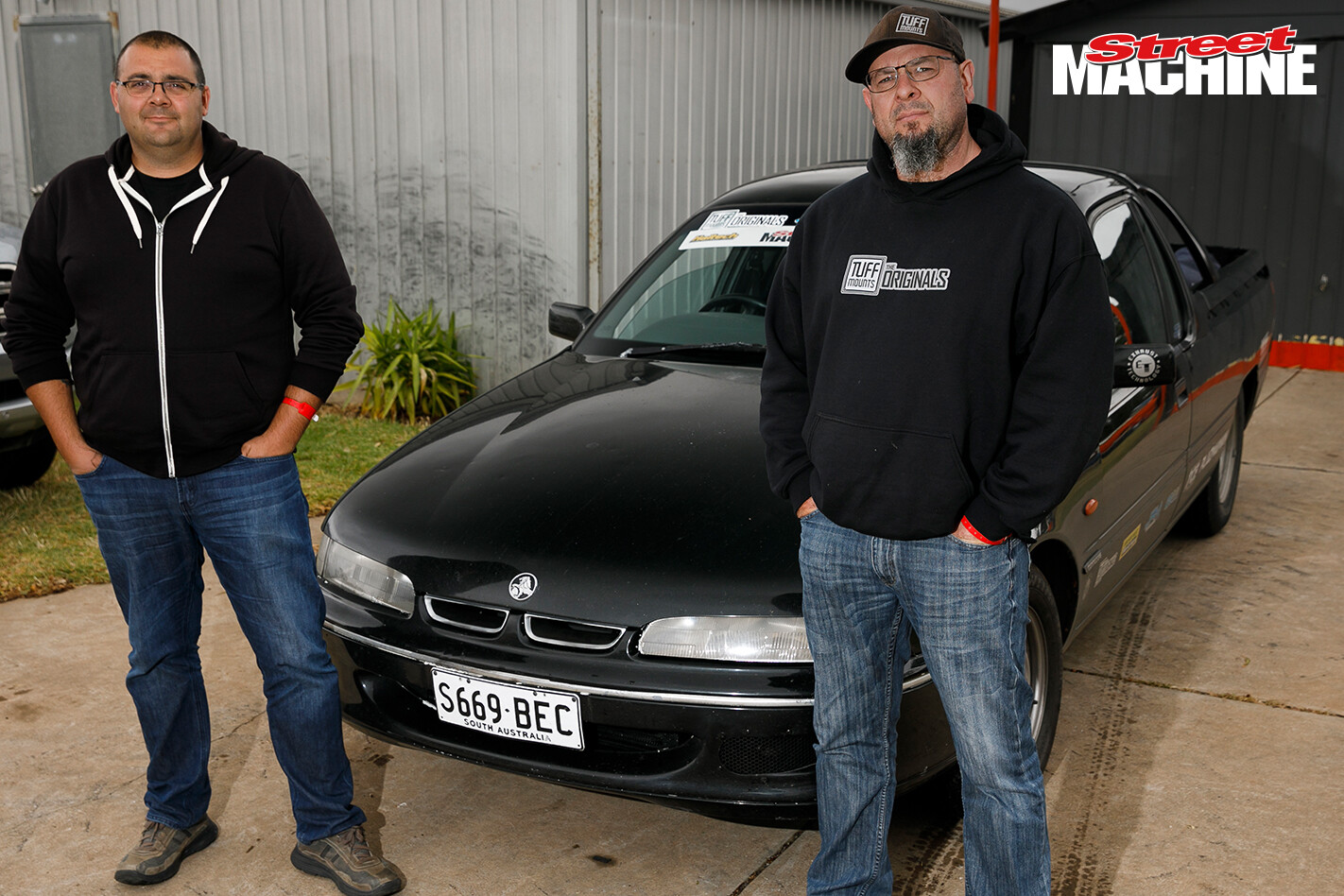 The boys backed up that with a smokin’ 10.50@129.98mph on Day Five before rain cut the track time short, which Jason says shows the potential of the ‘Barrahore’. “It’s got the mph to go a low 10, so there’s more in it,” he says. “However, my co-driver loved the ute so much he bought it! He’s probably going to bring it back for Drag Challenge next year.” 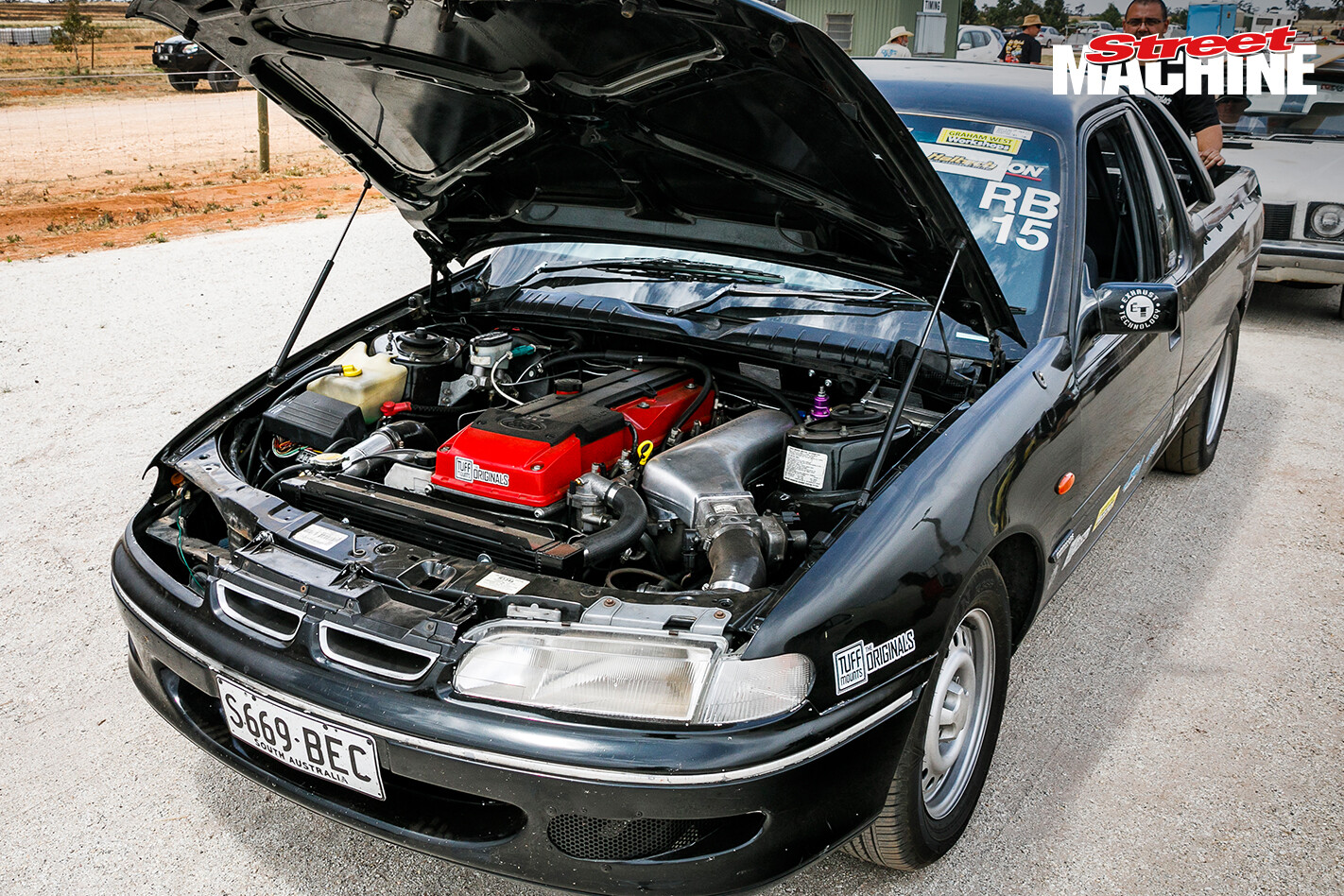 The car is powered by a pretty standard BA XR6 Turbo Barra motor with a set of valve springs, bigger injectors, Plazmaman plenum and a slightly modified turbo. It also retains the BTR four-speed auto; it proves just how capable these Barra motors can be with light mods and a tune - and you don’t need a lot of dollars to do it.

Jason sells everything required to swap the Barra into the Commodore shell through his business, Tuff Mounts.