THUMBS UP to Newcastle’s Steve Nightingale, because it doesn’t get much more real than this! His bright orange XA Falcon is a regular sight on the streets of Newcastle, and with that great ‘100 per cent street-driven’ mentality, Steve again packed his Falcon and cruised across NSW for his second attendance at Drag Challenge. 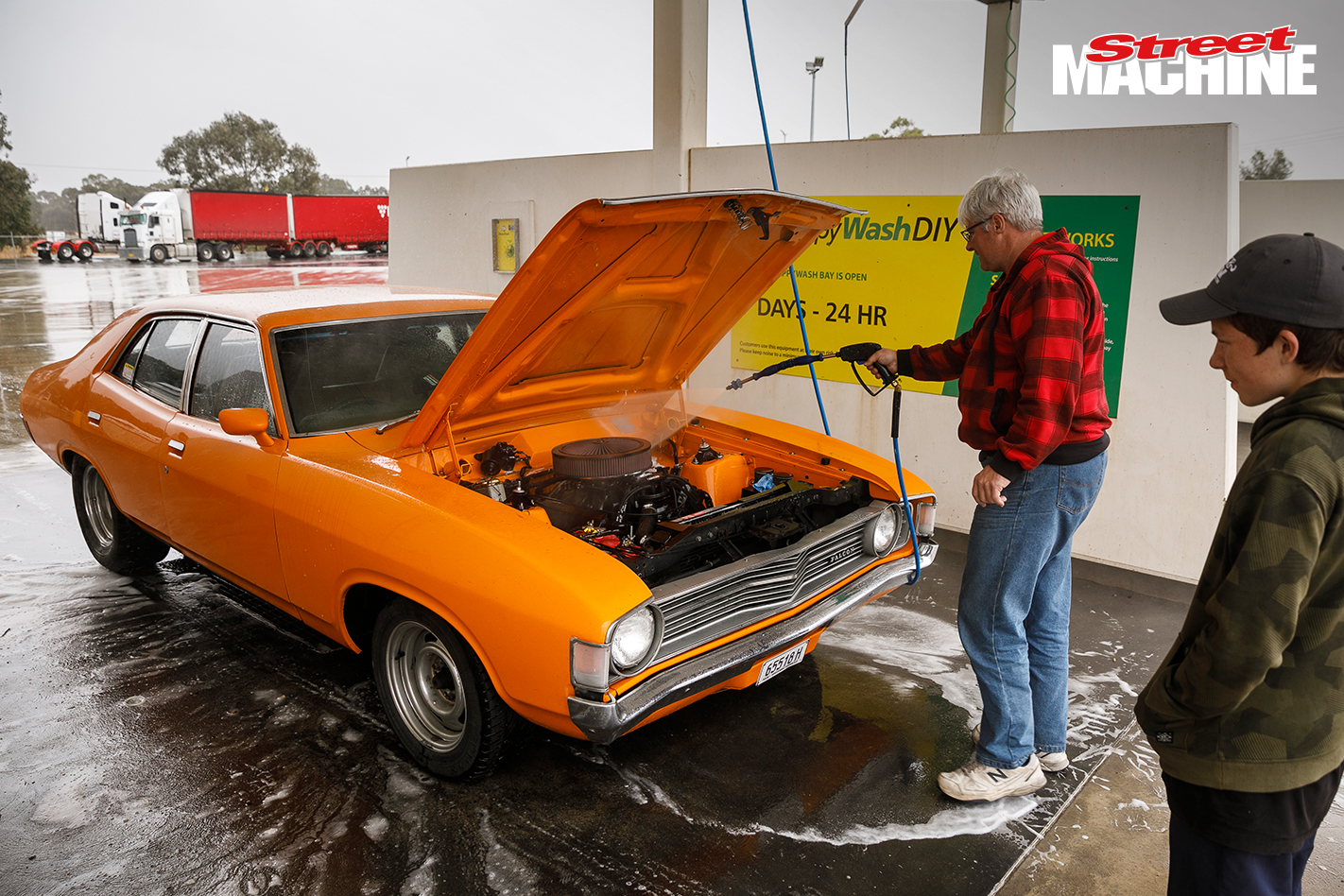 Steve has owned the Falcon for 16 years, and since he pulled out the original 250 six-cylinder it’s had a 351 and now a 427-cube stroker Windsor in it, built by Newcastle’s respected G-Force Performance Centre just before DC last year. The engine has CHI alloy heads and intake on a Dart block, and is fed from a traditional-tech Holley 850 carby. Backed by a beefed-up C4 auto ’box and nine-inch diff, the cool cruiser gets along at 100km/h without too much fuss – although Steve admits it does like a drink, slurping pump 98 at a rate of around 25 litres per 100 kays. 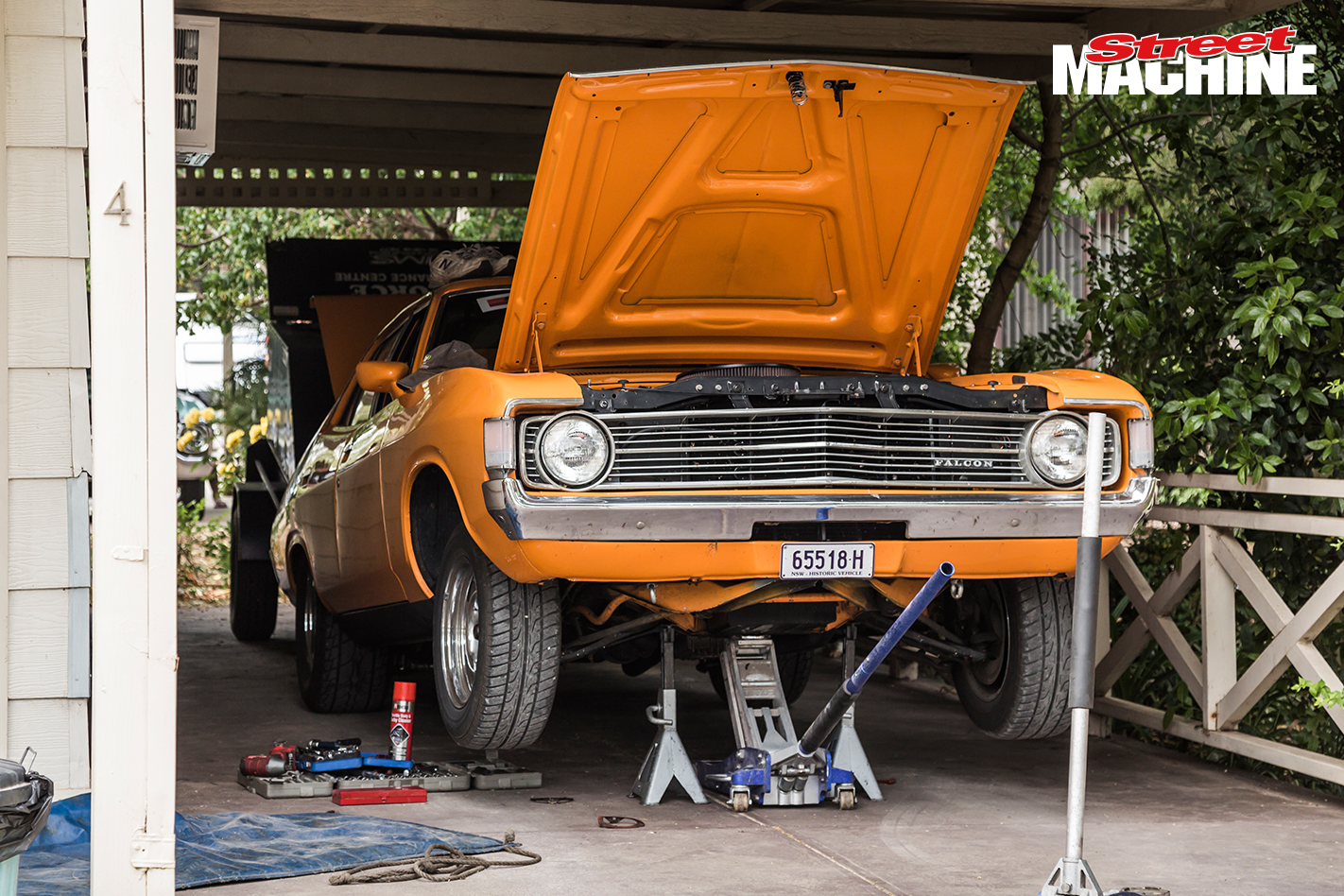 Last year at Drag Challenge the tight and bright Falcon was rattling off 11.2s. With slightly lower diff gears for this year, Steve was looking forward to flat-11s in the K&N Dial Your Own class.

“It drove from Newcastle just fine,” Steve said, “but at Adelaide [International Raceway] it started playing up and fouling plugs.” The problem was a simple one: a loose jet in the carburettor. The fix was as easy as screwing the wayward jet back into its port in the fuel bowl and fitting fresh sparkplugs. 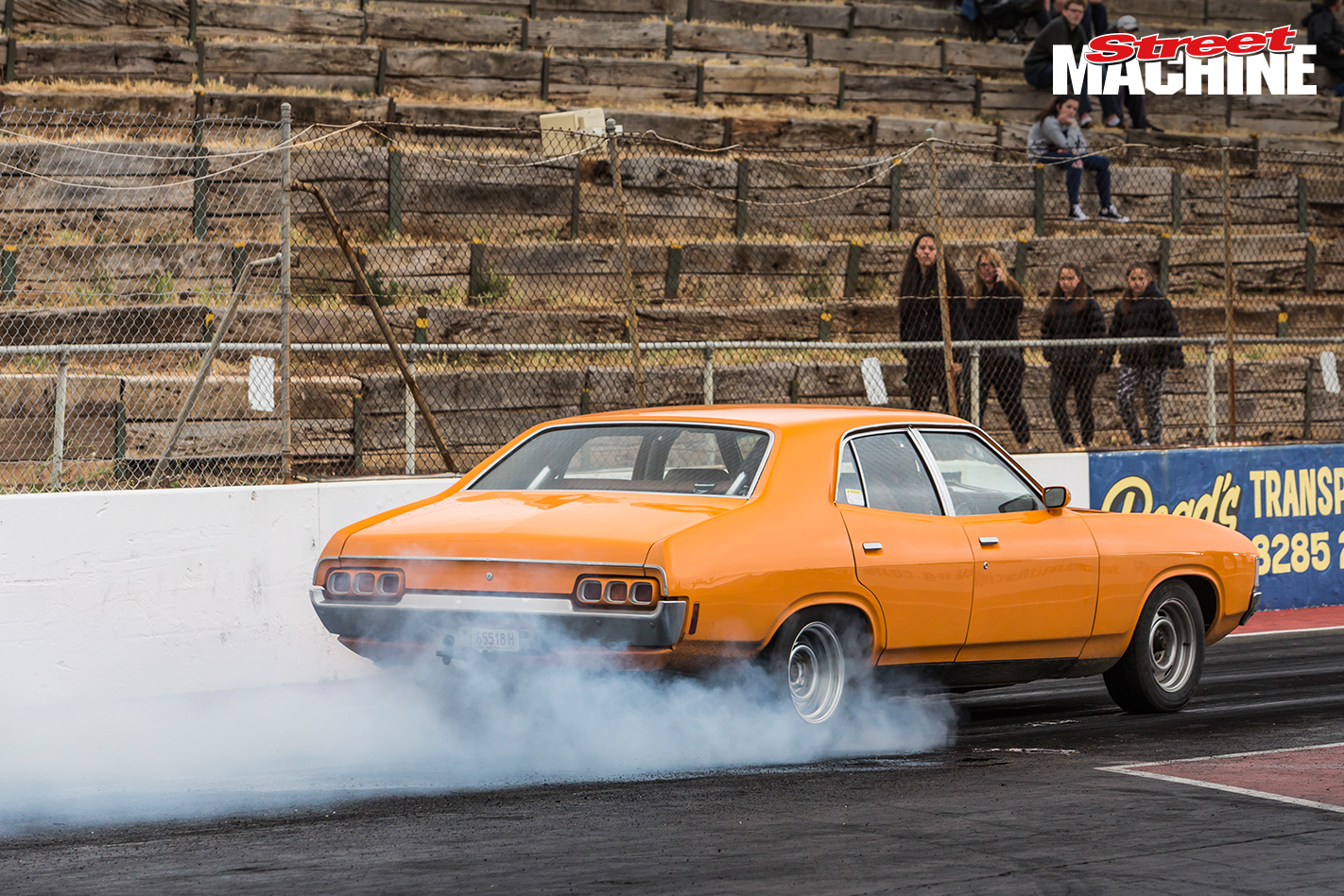 However, Steve had no choice but to hand in an 11.8 time on Day One, putting him on the back foot all week. “By the time we identified the jet problem and fixed it, the track was closed,” he said. “I had to slow it down to match my number for the rest of the week! I tried short-shifting it [Steve usually revs it to 6700rpm], but I kept getting excited and taking the revs too far – so that didn’t work. I tried weighing the car down too, but no matter what, I couldn’t get the consistency I wanted and the times don’t reflect what the car is capable of.” 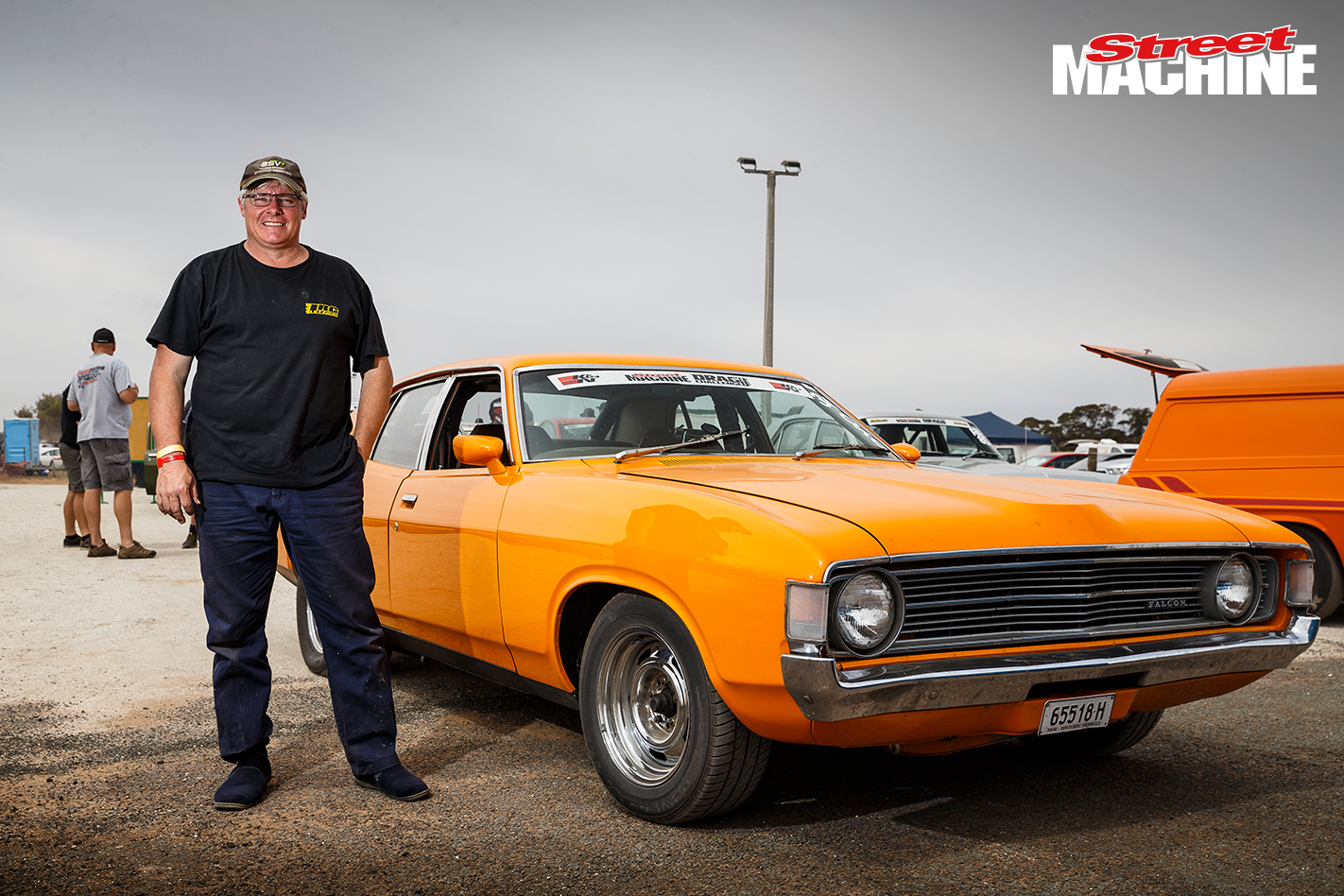 On the last day, after five runs – and after two Drag Challenges, the Atura Championship at Sydney Dragway and about 15,000 street kays since it was built – the auto began to wilt, too. “Even though I drive it everywhere, I decided it wasn’t worth the risk to the trans, so we trailered it home,” Steve said.

A stout effort regardless, Steve – better luck next year.