IN RACING, as in many areas of life, consistency is the key. And it was the razor-sharp thousandths-of-a-second consistency of Darren Parker, driving his VFII Commodore SS-V Redline Sportwagon, that earned him the K&N Dial Your Own winner’s trophy at Drag Challenge 2018. 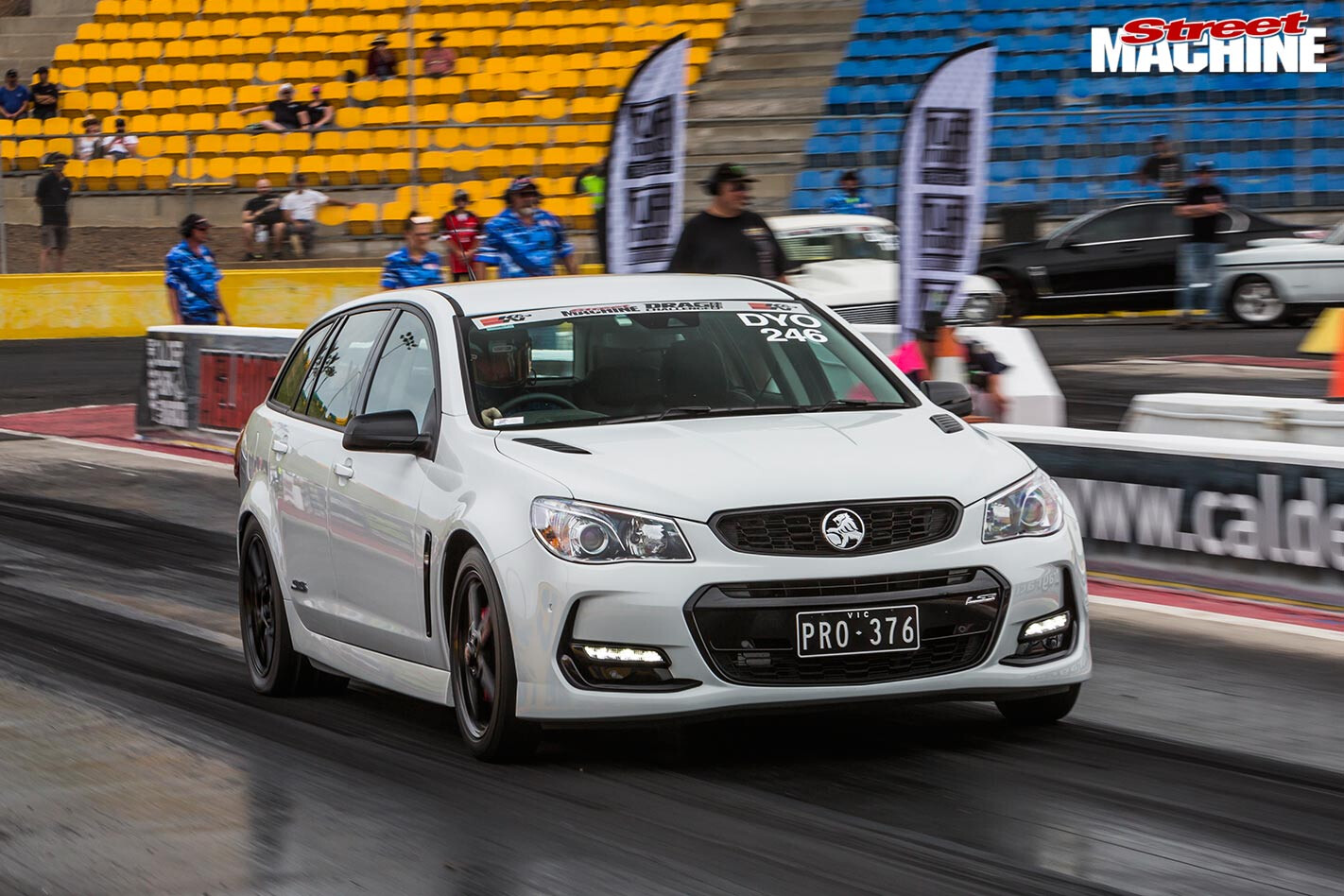 With timeslips in the 11s, his Commodore daily obviously isn’t standard under the bonnet. Being one of the last built, his SS-V Sportwagon has a 6.2-litre mill from the factory, which Darren has upgraded with a CNC-ported heads-and-cam kit. The trans and exhaust have been tweaked, too, and the diff gears dropped. The result is 470hp at the wheels. The rear suspension – independent in all Commodores for the past two decades – has been settled down with a bunch of bits imported from the US and intended for a Camaro. But there was more to Darren’s effort and success than simply putting his car in D and flooring it. He has been running cars down the quarter for a long time – he’s a past National Super Stock champ – so he used brains as well as brawn to beat the other 68 finishers in Dial Your Own. 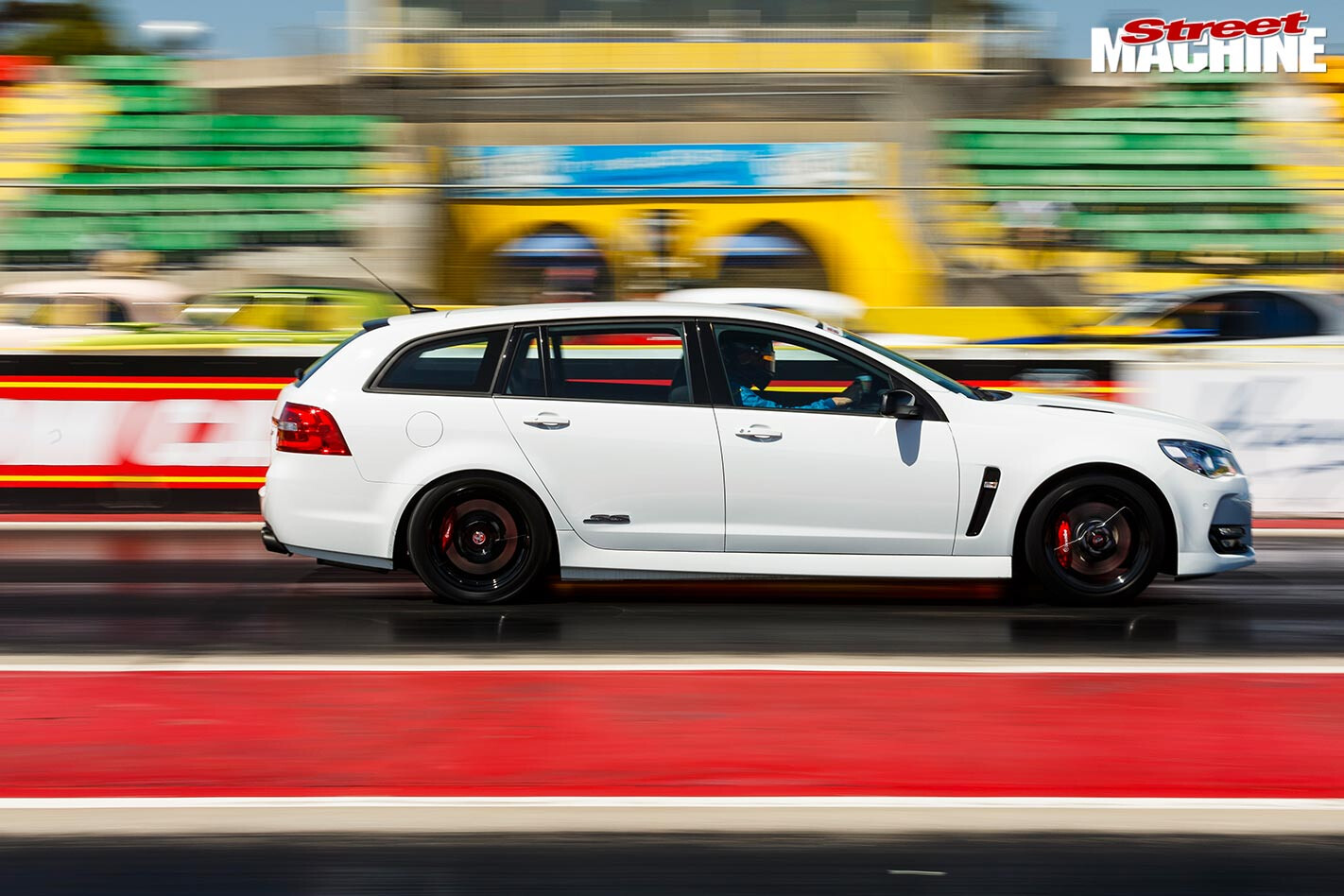 “I’ve done a few quarter-miles; I’m very competitive!” he told us on Day Four when we asked him about knocking the similarly enthusiastic and experienced Alysha Teale from her Top 10 position (she bounced back on Friday to finish ninth in class). 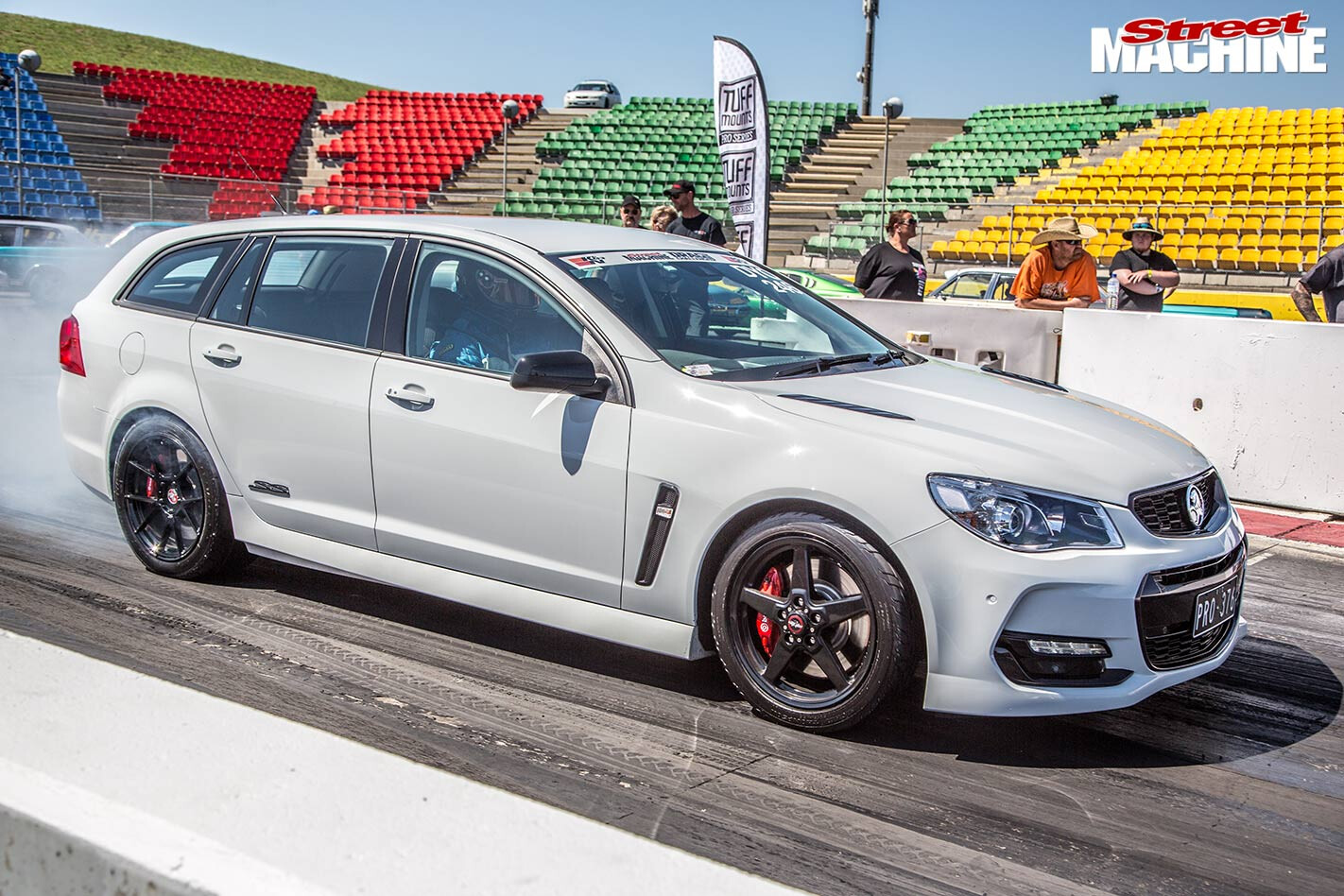 As with most winners, Darren’s process was more about management of the situation than she’ll-be-right. A close look at his pit kit reveals a miniature portable weather station jobbie, and, like many other bracket racers, he used tactics such as loading his spare wheel back into the car to slow it slightly and keep his target times ‘in the spread’. “I slowed the car down at Calder on Day One to keep something up my sleeve,” he explained on Day Four. “It’s easier to slow down than to speed up. This is a great fun event, but I’m here to win!” TROPHY:
WINNER – K&N DIAL YOUR OWN