CHRIS Kaarsberg has owned his LX Torana for the best part of 20 years, but has spent the past four of them changing his green machine up from a nitrous-fed 308 powerplant to a much meatier, twin-turbo LS mill.

The new donk is a 388ci LS Next block, with a Callies crank, CP pistons and all the gear it needs to not only be fast, but reliable. “I built it to be reliable; it’s always been a fully dressed street car,” Chris says. “There’s no point building them like this if you can’t use them.” 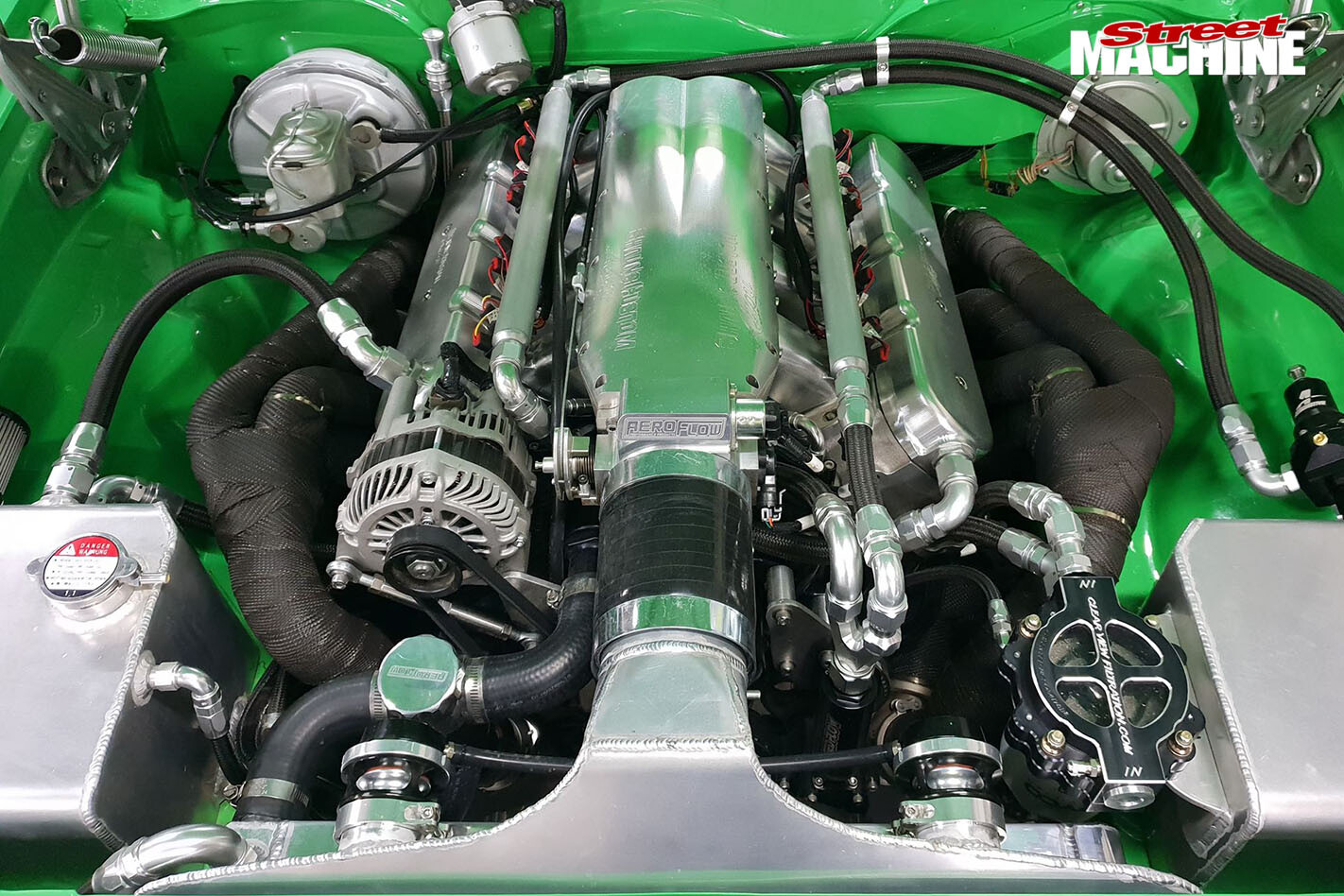 Strapped to the new LS is a pair of Precision 62/60 turbos, using a Holley Dominator ECU to control it all and running on environment-hugging E85. Up behind the new mill is a transbraked Powerglide, with a custom converter to match the new engine package. The rear end is a nine-inch affair with 3.5:1 gears.

The car was completed just weeks out from its first hit at the Kenda 660 Radial Series at Willowbank Raceway in early March. Chris managed to put the 1100 horses to the ground to record a best of 5.80@125mph over the eighth-mile, but he knows there’s plenty more left in it. “We’re hoping to sneak into the eights over the quarter-mile soon with a bit more chassis tuning, so Drag Challenge Weekend should be a good way to iron out the package,” he says. Chris will be running in the Haltech Radial Blown class, squeezing a 275 radial under the factory Torana rear guards. “It does fit a 275 with a rolled rear guard, but only just,” he admits.

We’re all very keen to see him hit the track and hopefully put down some representative quarter-mile times when Drag Challenge Weekend 2019 kicks off in Queensland, 3-6 May.