WHILE it looks like a neat daily driver, David Best’s Cosmo Purple VY SS is an absolute beast, running mid-eights and putting out over 1200rwhp! Competing in Drag Challenge 2018 in the Haltech Radial Blown class, David’s late-model Commodore appeared a few years ago at DC with a centrifugally supercharged 402ci LS and IRS rear end, but that is all long gone now. 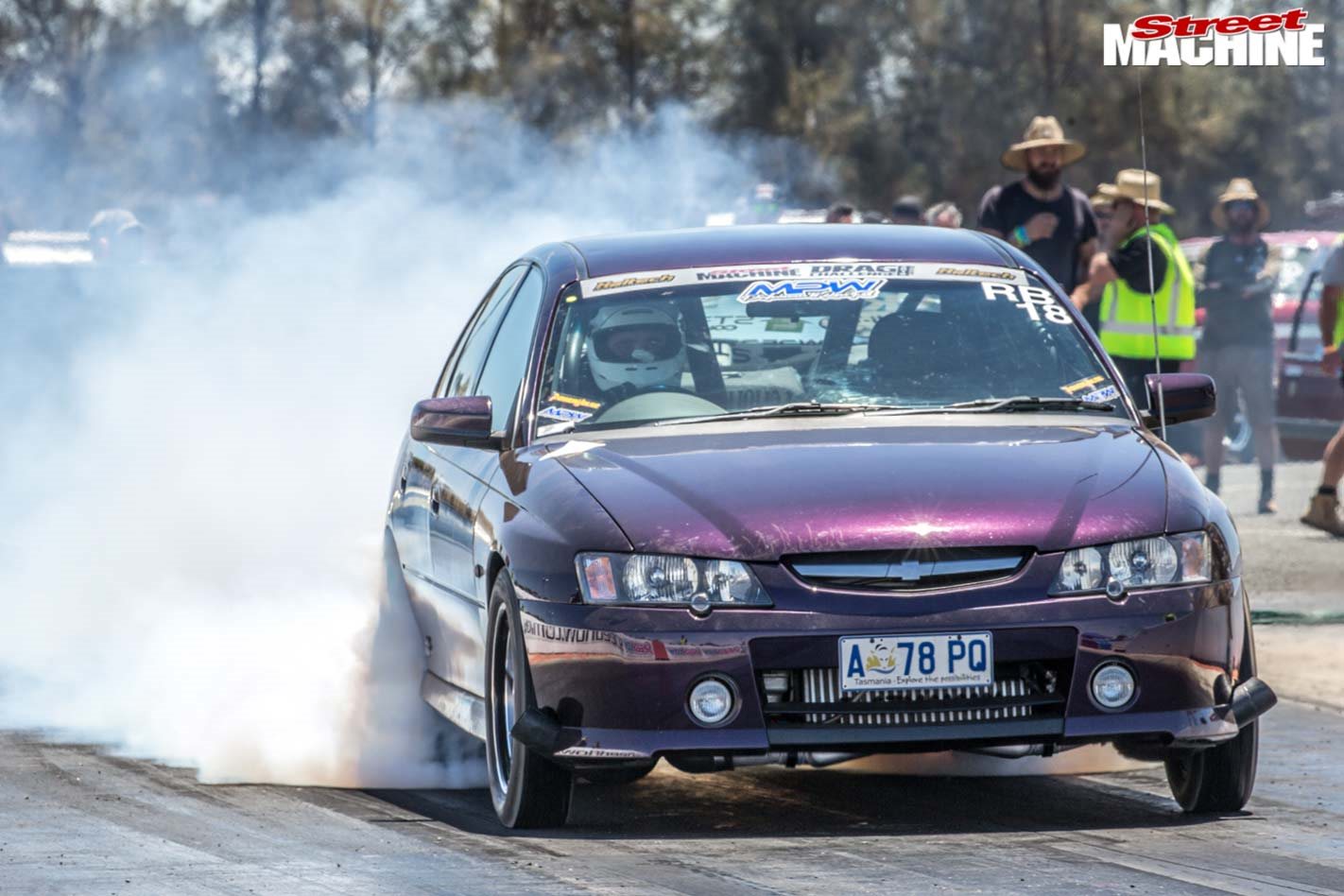 Powerhouse Engines built David a 430ci combo based around a Dart LS Next 2 block, inflated by a pair of Turbonetics billet 76mm 7575 snails on the low-mount manifolds from Adam Rogash’s NOSHOW VT Clubsport. With fabrication, tune and fettling by  MPW Performance, the new combo made 1202rwhp on 19psi, running E85 at the track and 95RON PULP on the street. 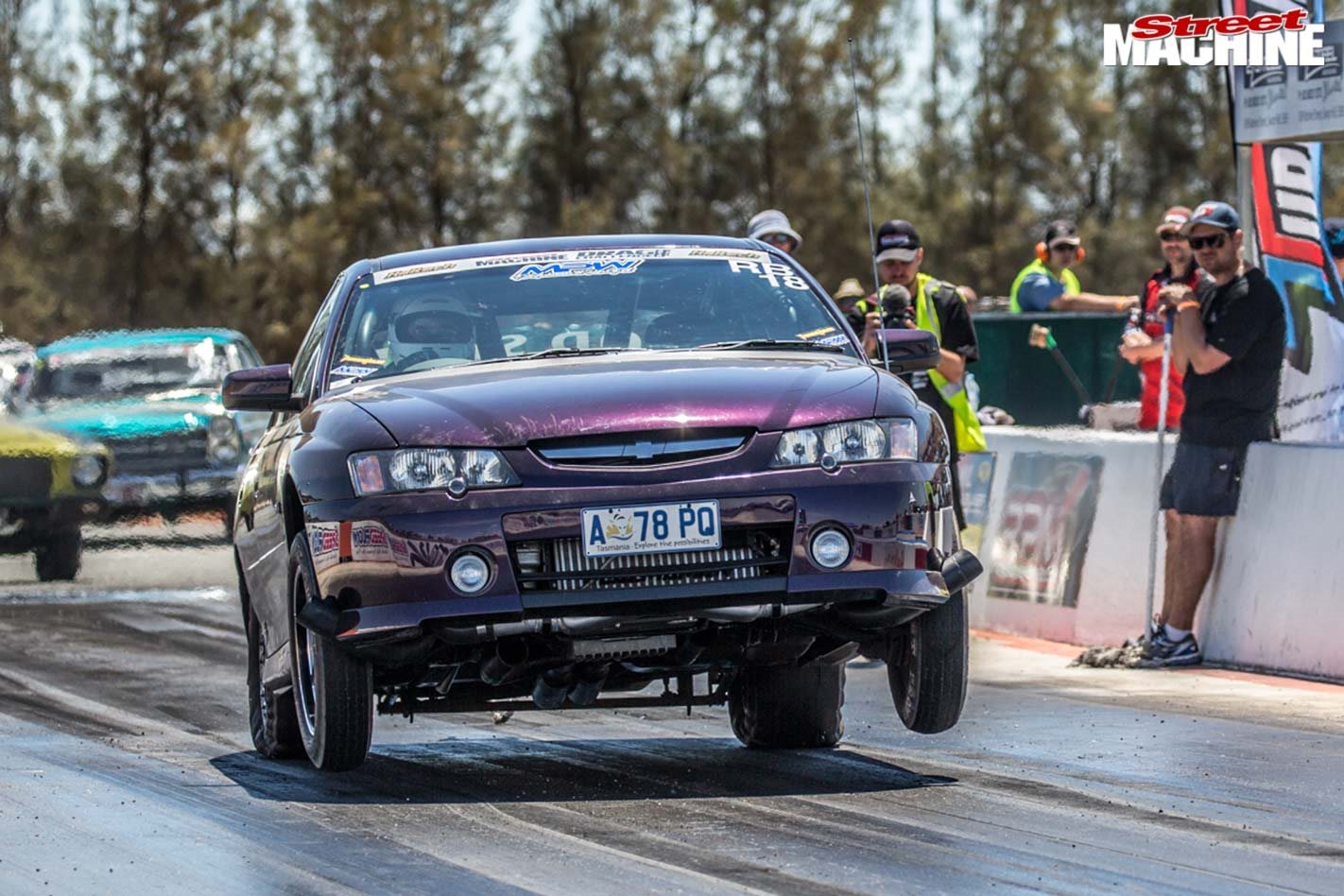 “I bought the manifolds and got some new turbos for the car, but I also bought the rear end out of Adam’s car, so it now has a fabricated nine-inch live-axle set-up with 3.23 gears, along with a Powerglide and 105in TCE converter,” David said. 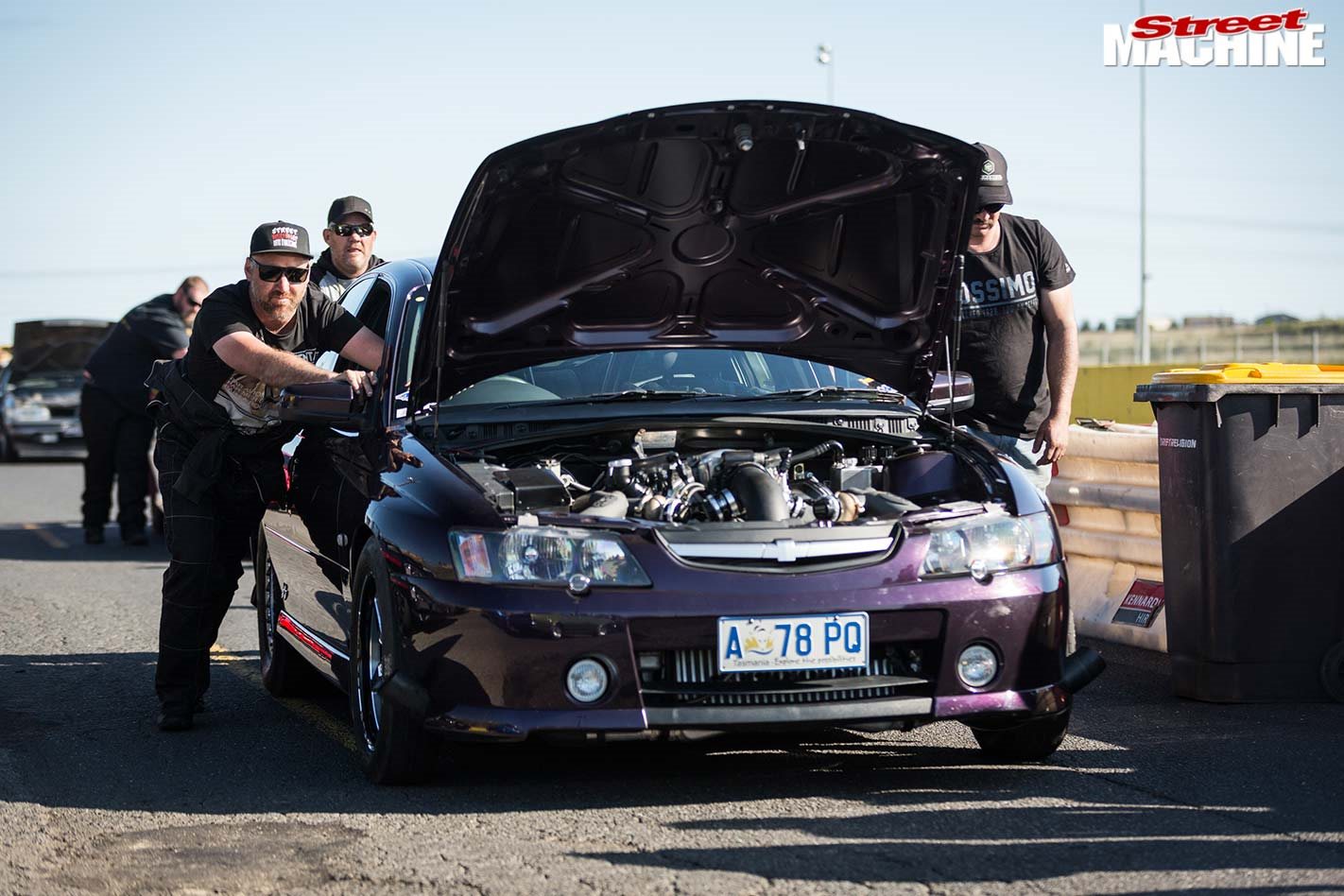 “The live-axle rear end makes the car much easier to drive fast, as it just leaves straight and solid, unlike the independent rear end,” he explained. “The car drives amazingly well on the road, although it did get a bit hot as the trailer is way too heavy because it is my camping trailer. It has a full chassis, water tanks and everything!” 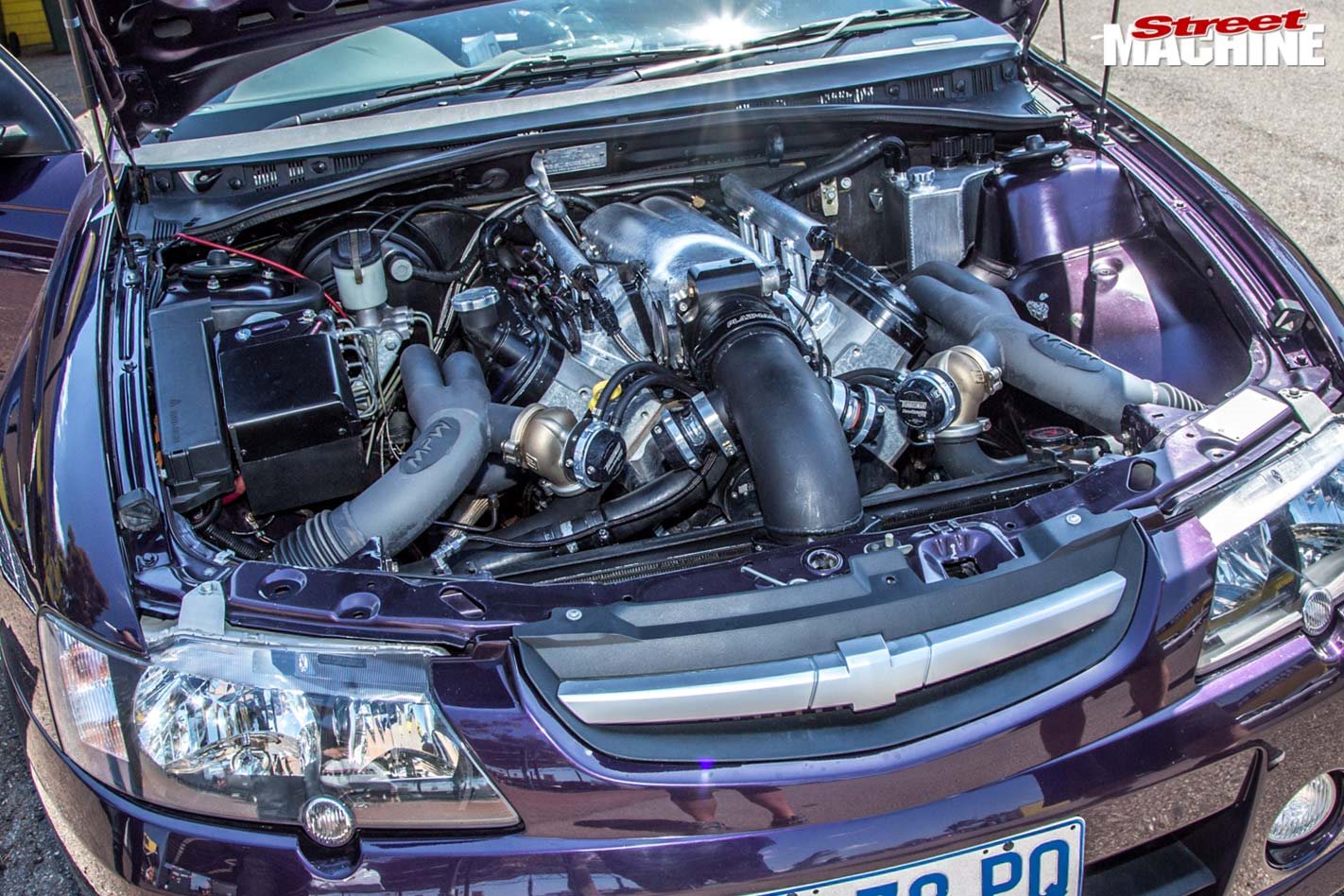 Although David had done a 9.82@149mph on the old ProCharged 402 set-up, Drag Challenge 2018 was the VY’s first time at the track in two years, and he went into the week-long event with a goal in mind: “I told Adam I wanted to do eights, and finish the week at Calder.”

At Swan Hill on Day Two, David ended up going well past his original goal, handing in an 8.55@160mph timeslip after pushing the boost up to 23psi. He backed that up with an 8.68@152mph at Swan Hill on Day Four, before finishing the week strongly at Calder with a 7.16@149mph on the 1000ft to claim seventh place in Haltech Radial Blown and ninth Outright. 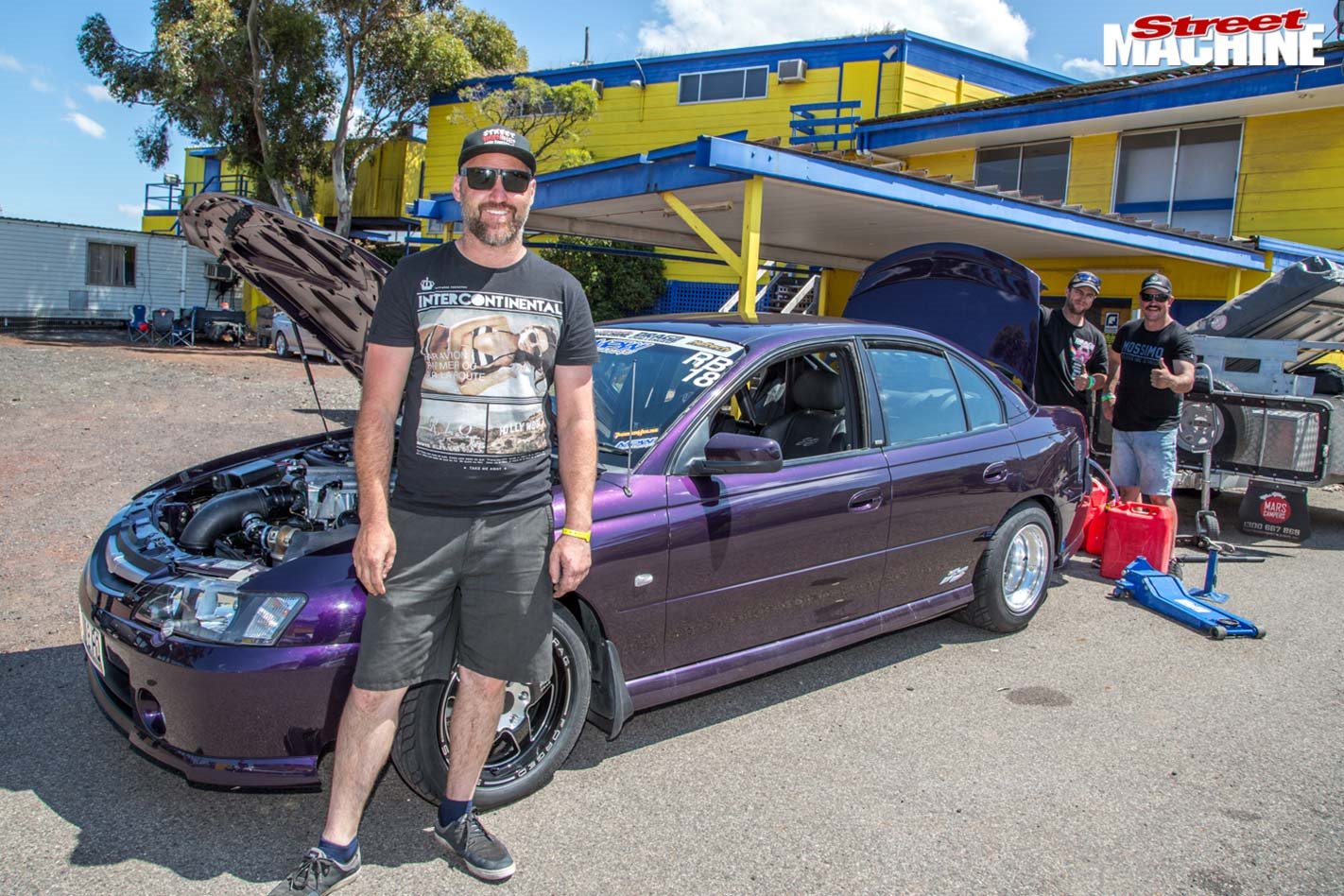