QUEENSLANDER Fabian Huff is one of our Street Machine Drag Challenge Weekend entrants that really caught our attention. He’ll be piloting a genuine XE Falcon ESP that he has spent the past six years building into what he hopes will be a seven-second street car. We say hopes, because he’s literally just finished the car and entered it in the event untested. 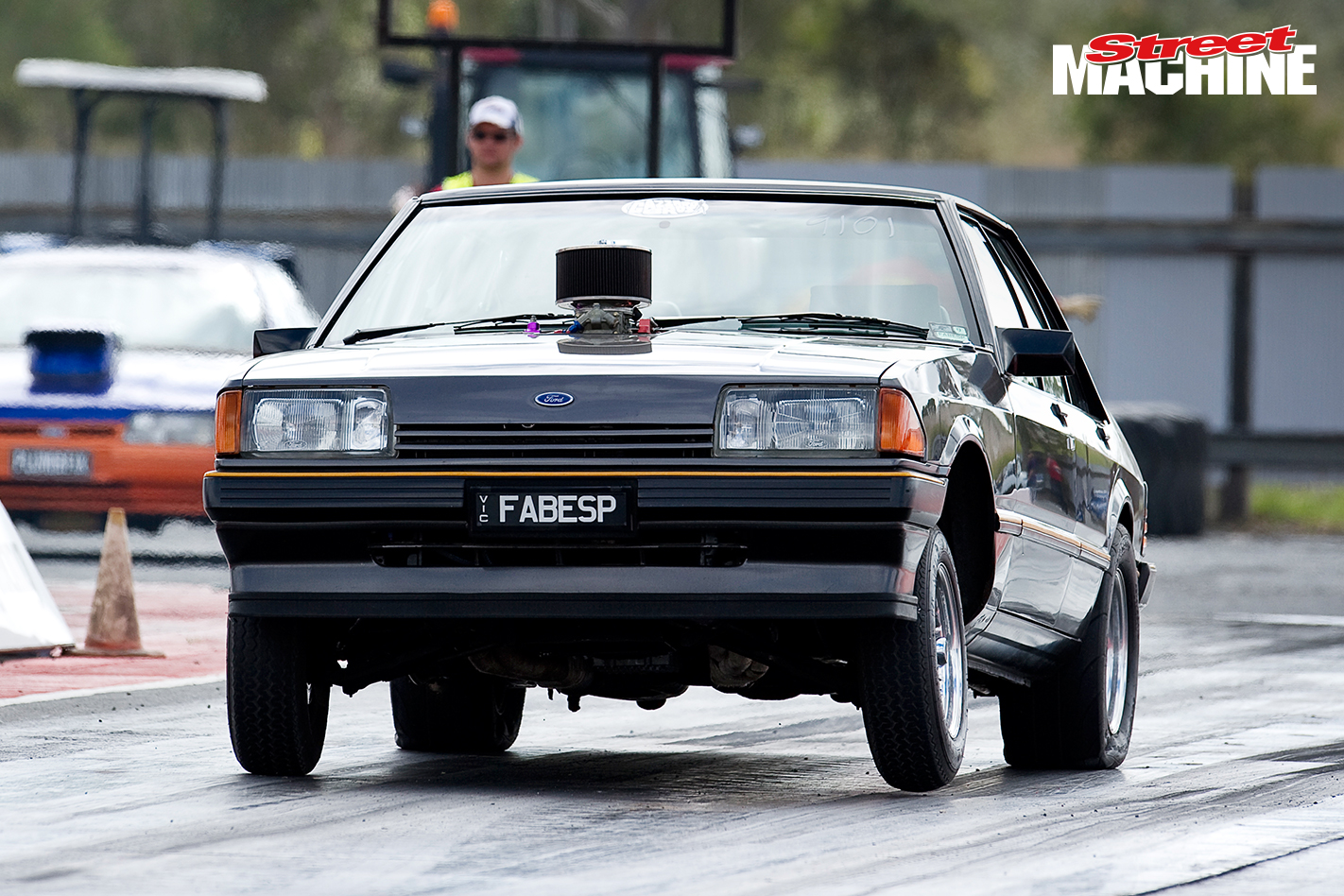 Previously the XE ran a tough aspirated 4V-headed 383ci Cleveland and ran a best of 10.86 down the quarter. That’s the quickest Fabian has ever been, so he’ll be in for a good time when he finally opens the taps on the new motor.

The small-block Ford in question already has seven-second credentials, as it used to live in Stu Henry’s Capri. It’s a 420ci Dart block with a Scat crank, Eagle H-beam rods and CP pistons, topped off with CHI 3V heads. Stu used to run a giant 88mm Garrett turbo, but Fabian has downsized slightly to an 82mm item and had new piping made up by Kyle at 6Boost to suit the XE. 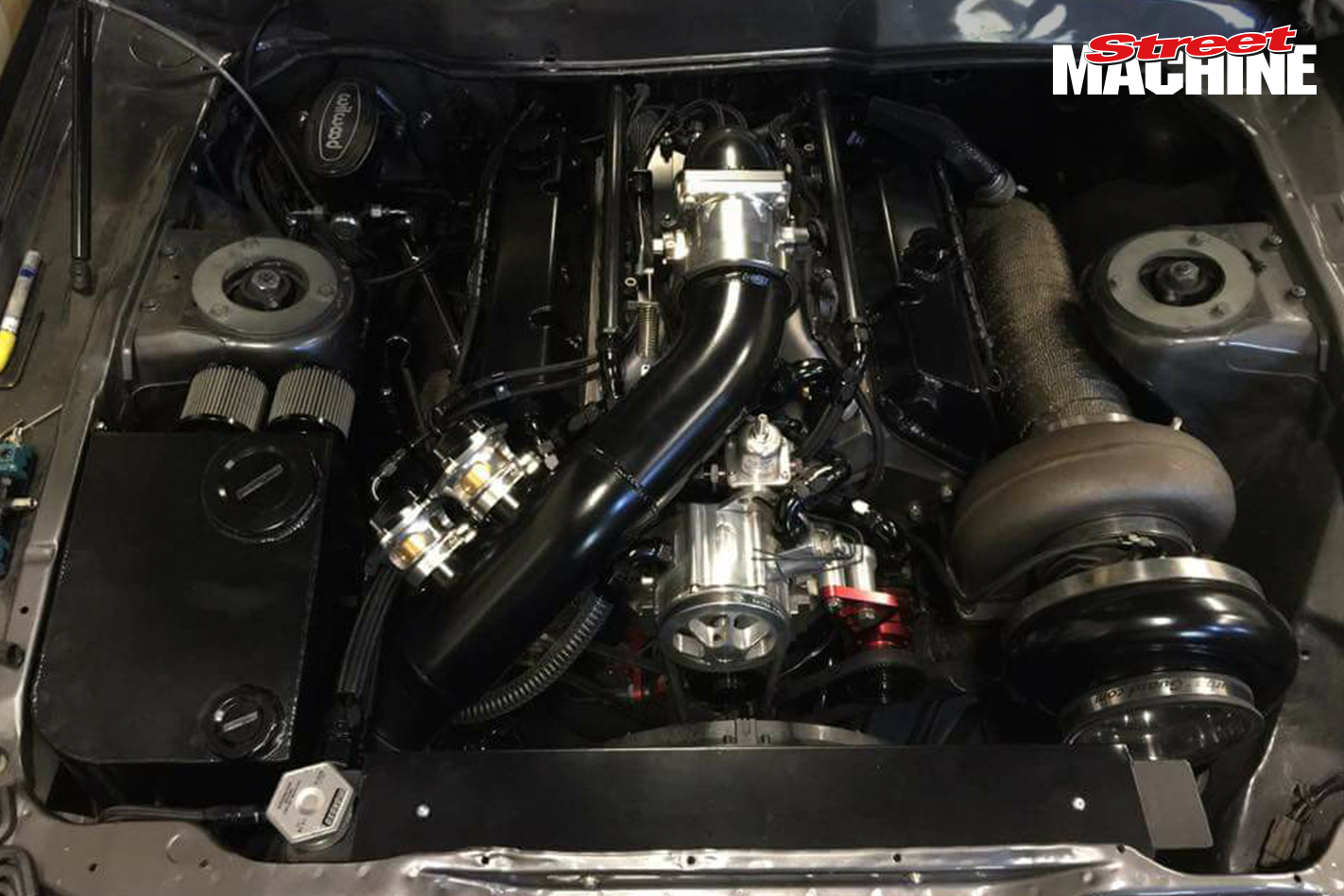 Stu’s set-up used to run a blow-through carby, but Fabian has switched to Holley EFI, which is tuned by Terry Seng from Paramount Performance, who will also be attending Drag Challenge Weekend in his seven-second VC Commodore.

On the hub dyno running E85 fuel, the XE made 1200rwhp. Unfortunately it damaged a thrust bearing, so the engine is coming apart, but it’ll be back together for Drag Challenge, where the car will make its first-ever pass with this set-up. Fabian hopes that it’ll run in the 7.9s by the end of the event. It’s ambitious, but Terry and Kyle are both switched-on dudes who know how to build seven-second streeters. 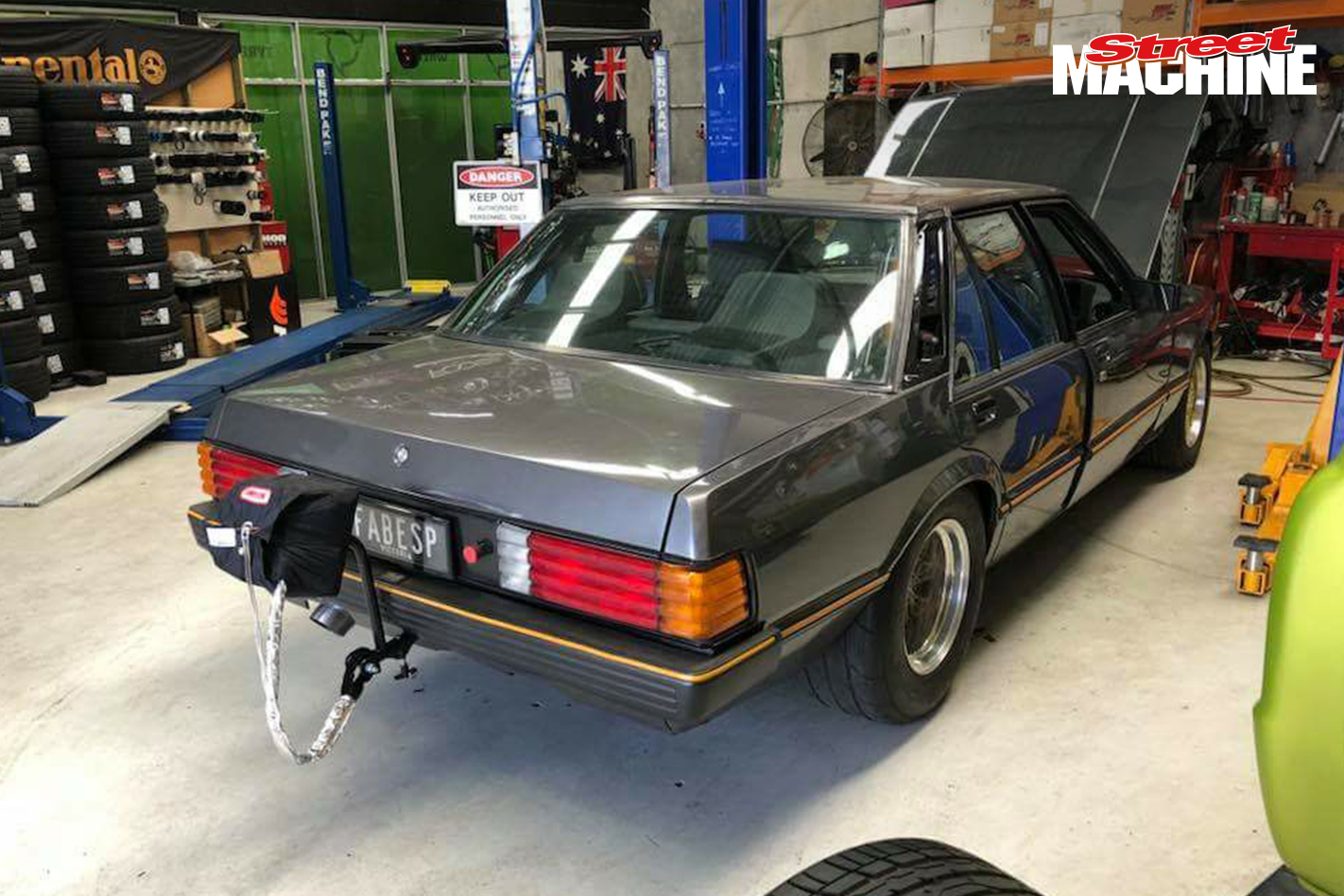 Fabian has tried to keep the car as factory-looking as possible on the outside, with widened snowflake wheels to suit 275 radials – a la Jason Ghiller’s Barra-powered XD – and no bonnet scoop. Fabian has also gone to an RRS front end, and a four-link, coil-over, chrome-moly nine-inch rear with Gazzard Bros suspension.

The rollcage, parachute and the rest of the business is all done, ready for when the motor has had a freshen-up. It’s going to be a very cool thing, and we can’t wait to see it in action the Drag Challenge Tuff Mounts Radial Blown class come 13 April.