STREET Machine Drag Challenge is an endurance event, and experience is key to a solid performance. Warrnambool’s Matt Lampard has competed in the last two Drag Challenge events with his HZ Kinsgwood, packing a single turbo LS motor. 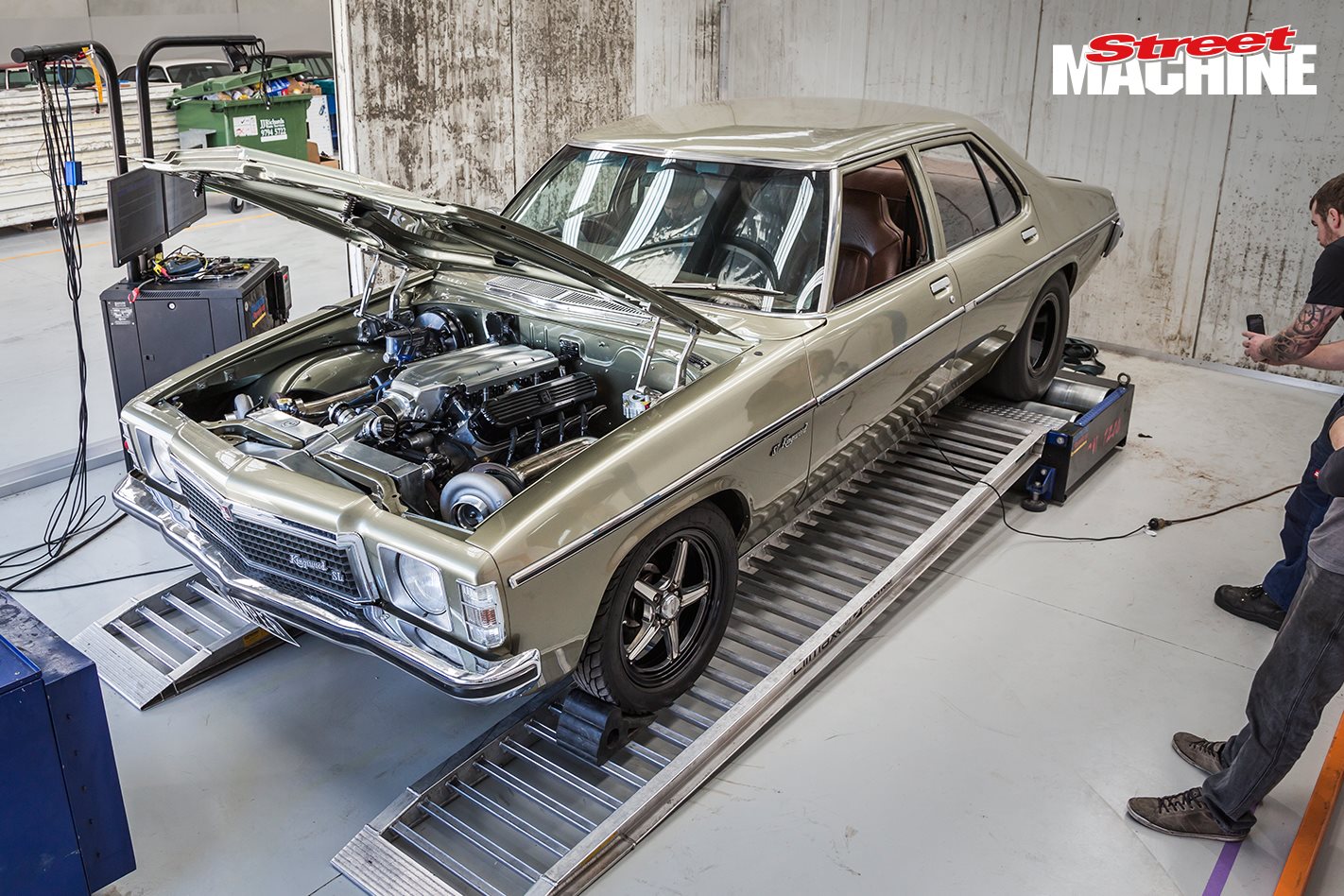 The first year he had a pretty basic setup with a stock bottom end 6.0-litre, blower camshaft and BorgWarner S300 turbo. It went 9.80 which was pretty quick, but in the interests of keeping the rods inside the block he beefed up the bottom end and wound a couple more pounds of boost into it the following year. At Drag Challenge 2017, LUMPER ran a 9.29@147mph down Swan Hill Dragway. 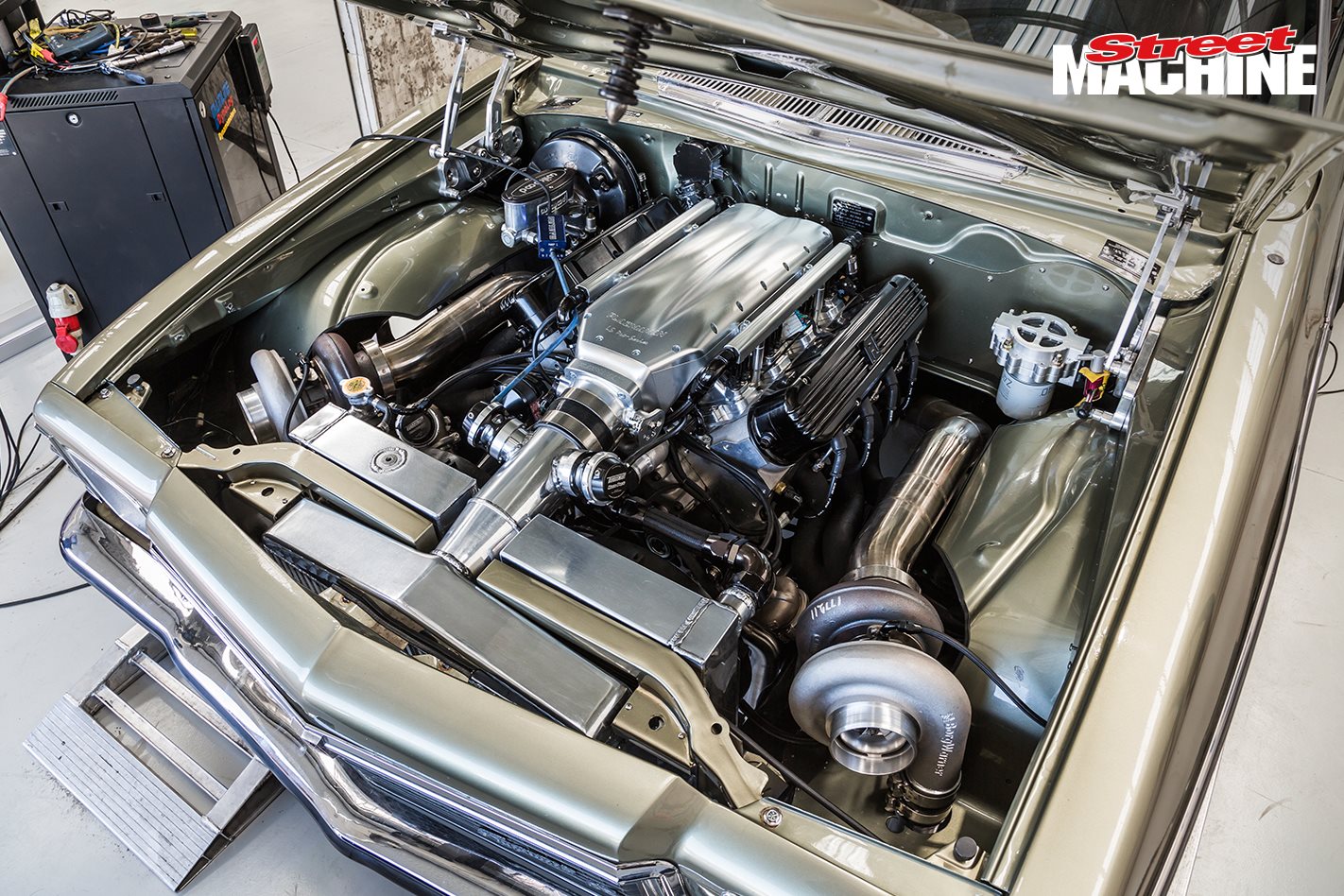 This year Matt has thrown the kitchen sink at the car and stepped it up in a big way. The old 6.0-litre has been ditched in favour of a 427ci Dart LS Next combo, similar to what’s in Adam Rogash’s ALLSHOW VK Commodore and what’s going into Luke Foley’s VH later this year. They’re a proven combo and Matt has stuffed it full of the good gear. He’s even topped it off with a fancy Plazmaman billet intake manifold. To cope with the extra ponies, a new Powerglide and nine-inch rear-end have also been built. 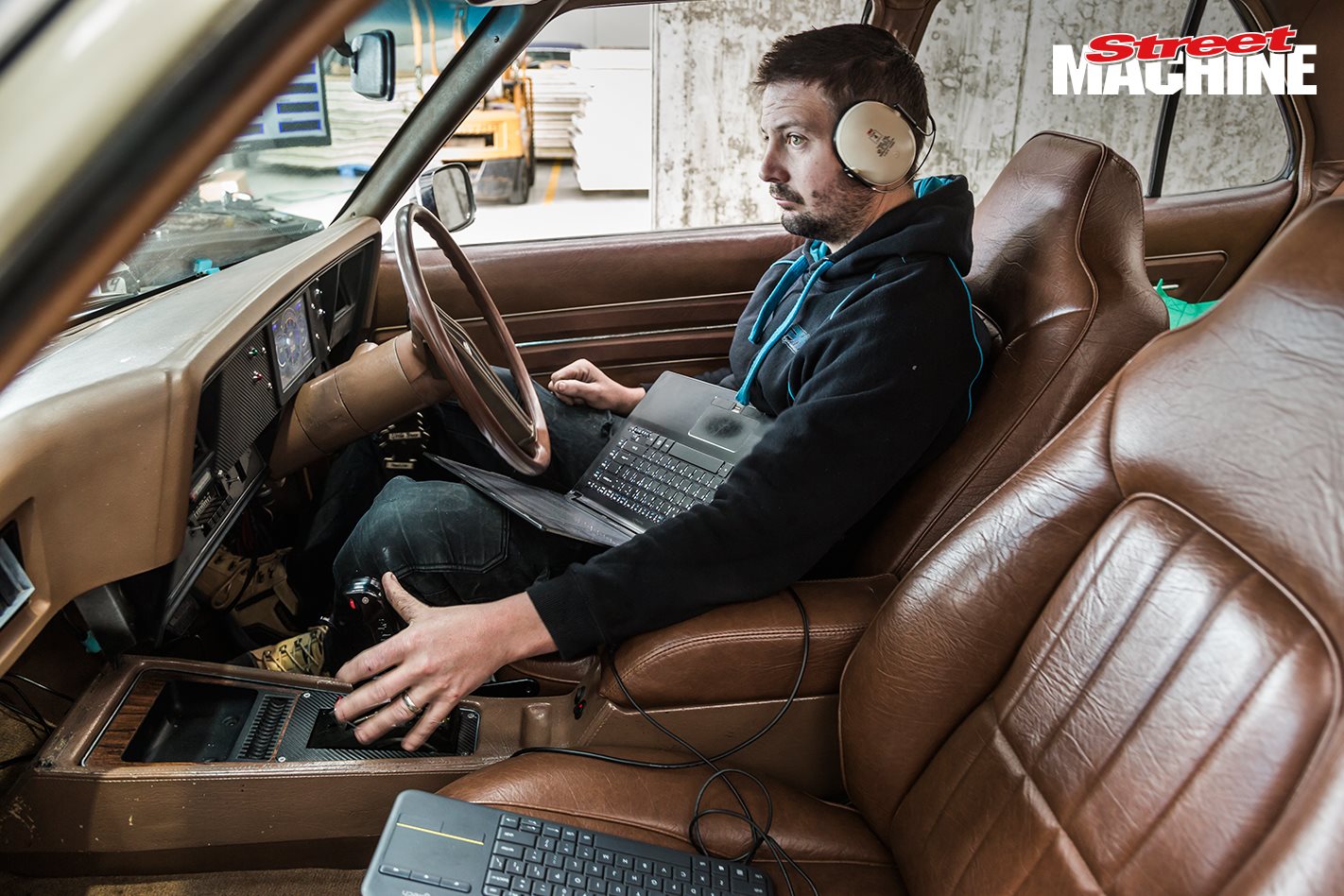 Matt’s old single turbo kit was sold off, and he got to work on fabricating a new twin-turbo setup with a unique split radiator to keep the intake charge pipe under the bonnet. This time Matt’s gone for a couple of decent-sized BorgWarner S300SXE turbos, and as we saw on the dyno at MPW Performance about a month ago, it’s a seriously effective bit of gear. Over 1000rwkW was repeatable on E85 fuel with a safe, low-boost tune and modest timing. 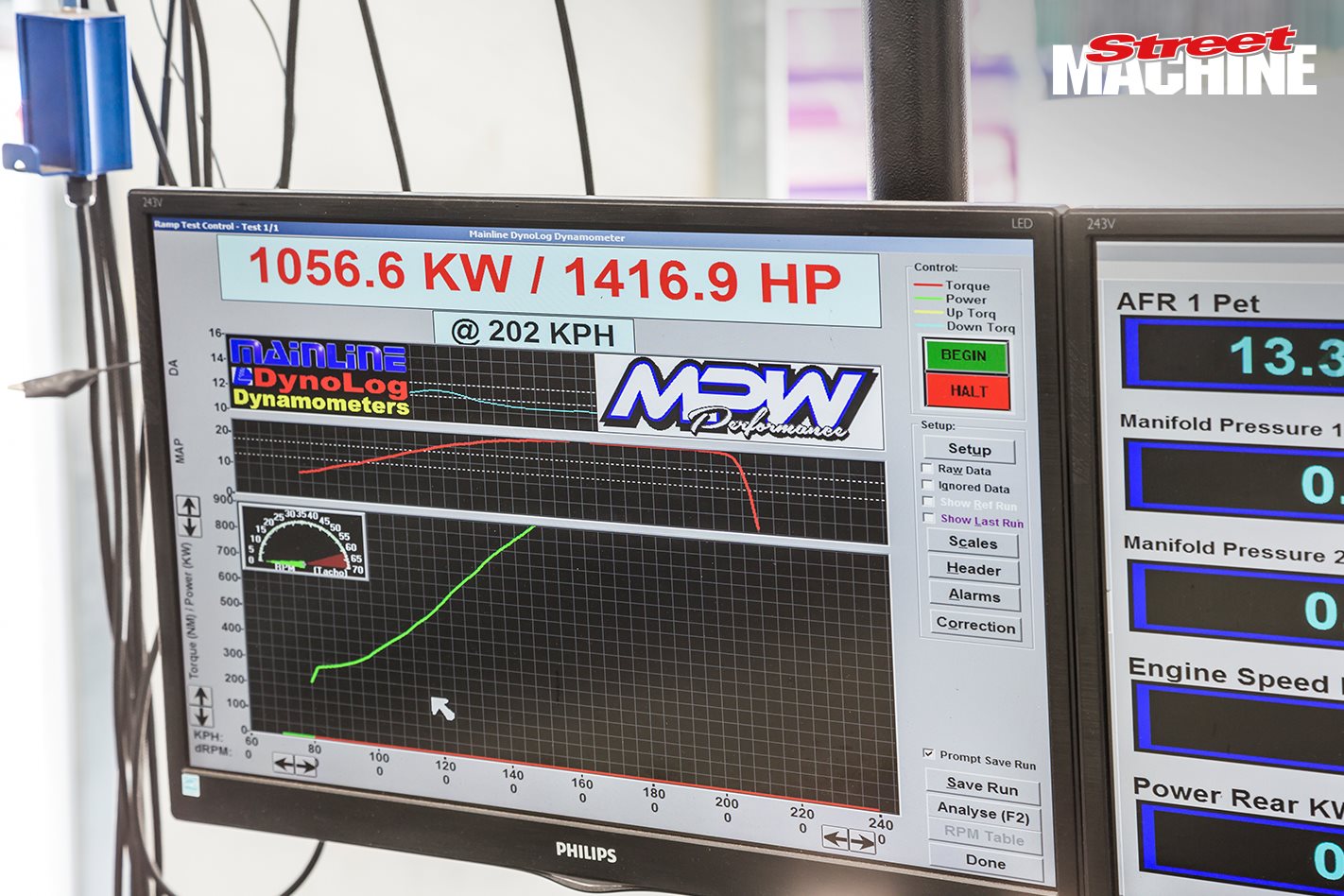 Straight from the dyno, Matt trailered LUMPER up to Alice Springs for Red CentreNATS, where the car made its first passes with the new setup. Unfortunately the track was very slippery so any full power runs were off the cards, but it was still useful to get some miles on the car, cruise it around on the street and iron out any bugs. 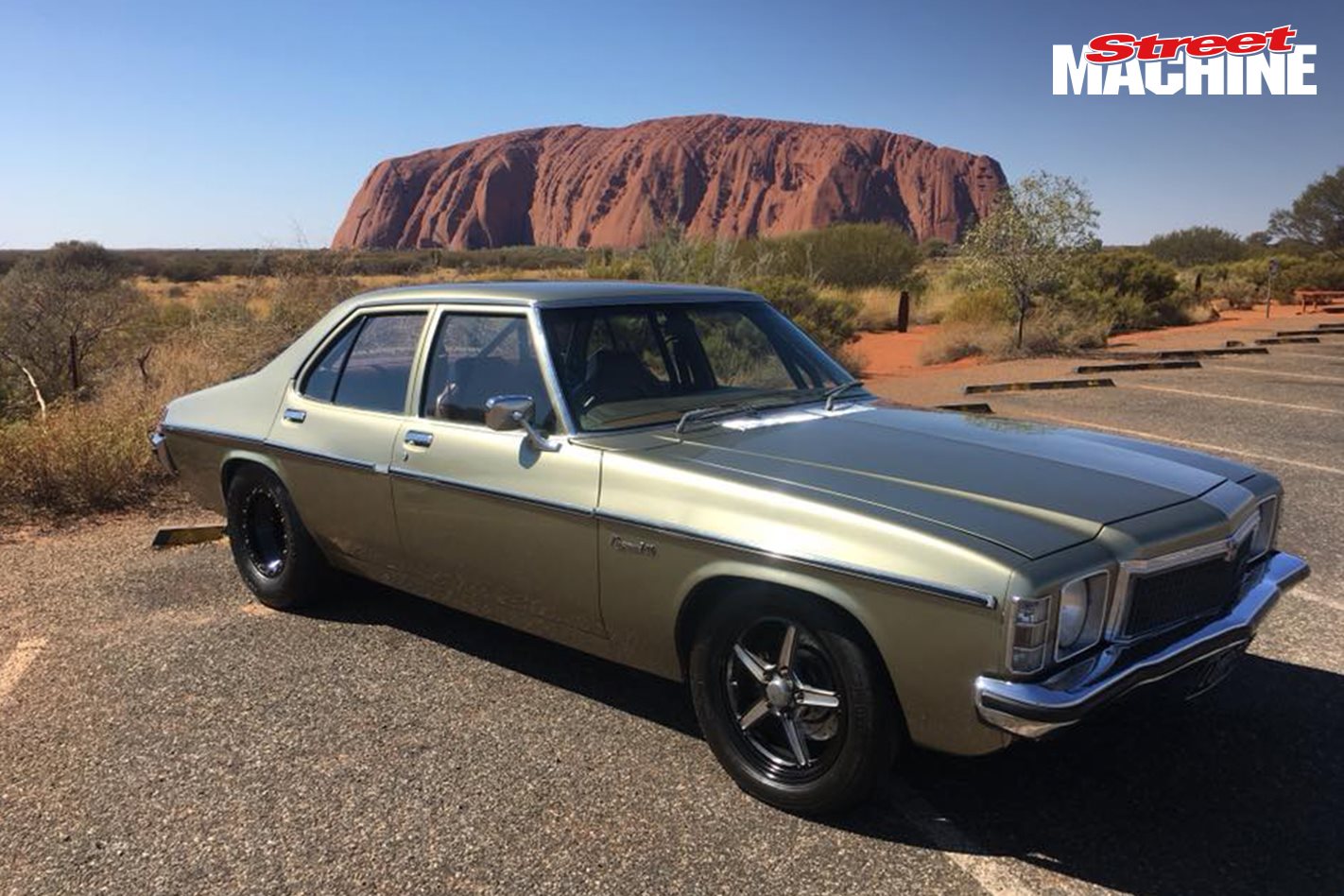 After struggling with wheel spin all weekend, the car managed to squeeze out a new PB of 9.05@158mph on the Sunday morning of Red CentreNATS, still with very little boost dialled in. That’s not really representative of the car’s full capability, but Matt will need a good, sticky track to run a truly indicative number. Matt wants low eights, but we wouldn’t be surprised if he saw sevens. We can’t wait to see LUMPER fighting it out among the Haltech Radial Blown contenders come November.