You get the feeling Rohan Hutson has a bit of a thing for shoebox Chevys in general and 55 Chevys in particular. In fact he has six of the things including a drop-dead gorgeous station-wagon version. Oh, and this car, a wicked black four-door that looked w-a-y too tidy to be getting thrashed down a drag-strip. Still, when you’ve got six of `em, maybe you can be a bit daring. 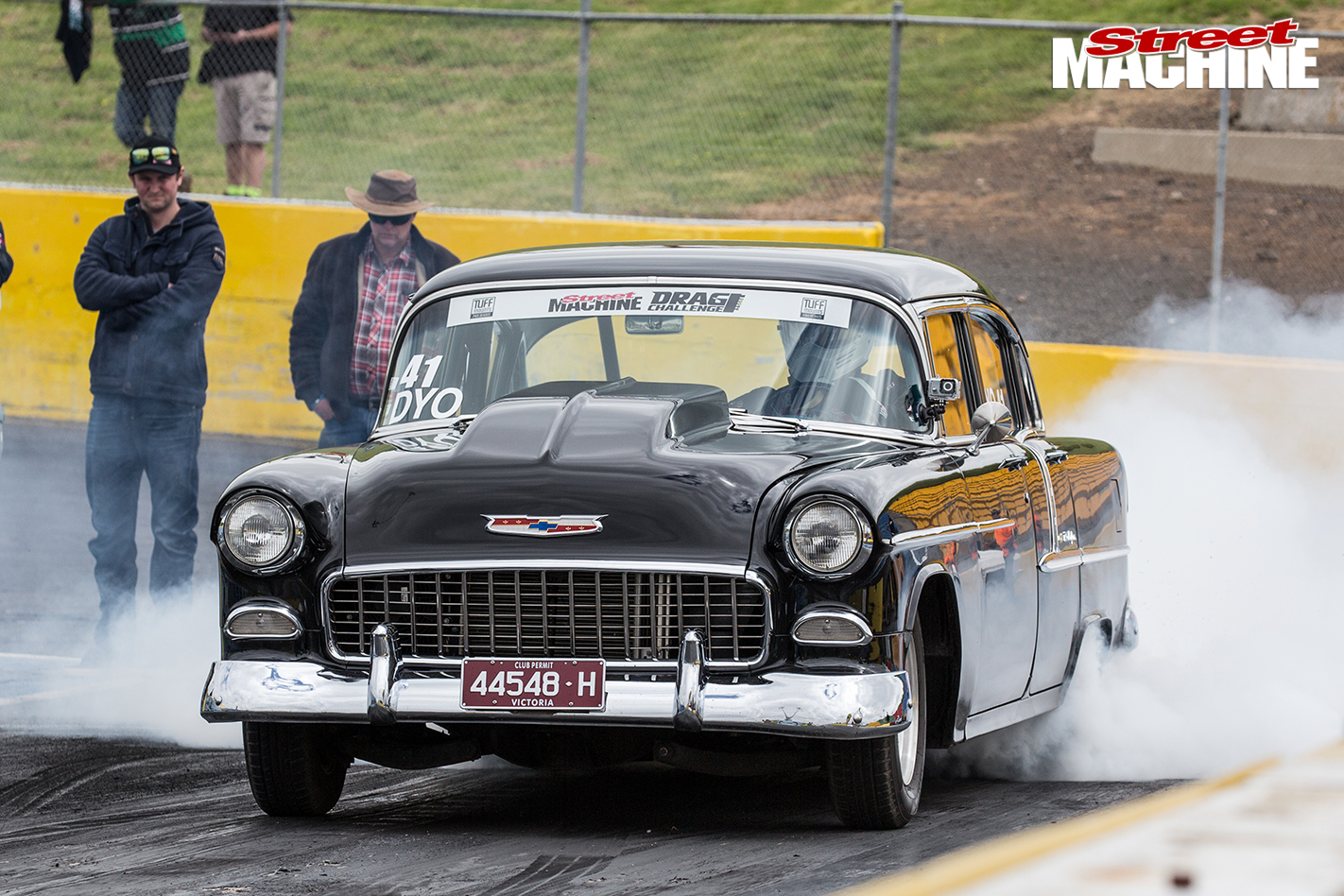 Either way, Rohan’s 55 is just as tough as it is lovely and that starts with the stout 383 under the lid. And while you won’t find a turbocharger or supercharger snuggling up to the iron-block Chev, you will find a little braided line running from under the Pro System carb set-up. And if you follow that little braided line thorough the firewall and down to the boot, you’ll also notice that it attaches to a bright blue bottle. Yep, `Ol 55 is on the laughing gas. 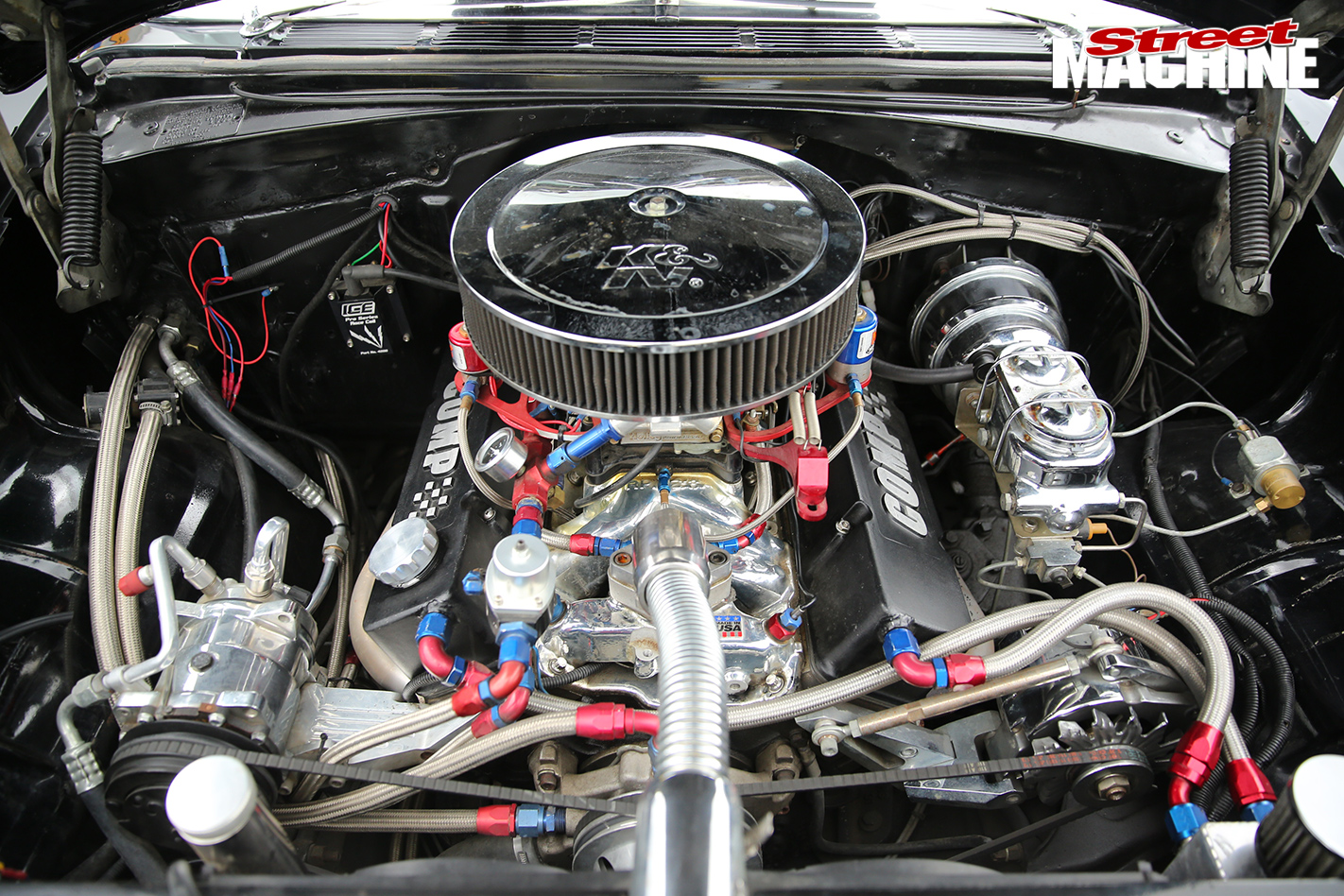 Backing that up is a TH350 with a 5000rpm stallie and the car remains left-hand-drive. Mind you, that layout is about the only thing Rohan hasn’t changed which is a bit strange because he bought the car about seven years ago as a one-owner, 71,000-mile original. Then again, like we said, if you’ve got six of the things… That said, Rohan has to be careful about giving too much away on the mods, because when he bought the car, part of the deal struck with Mrs Rohan was that it wouldn’t be touched in any way. Hmm, hope he has a marriage-counsellor in the family.

Of course, even if he hadn’t admitted his sins to the other half, she probably would have noticed a few changes during the first family outing in the 55: “Yeah, it does mid-10s with air-con and the baby-seats bolted in,” says Rohan. “But it’s a family car; we use it all the time.” 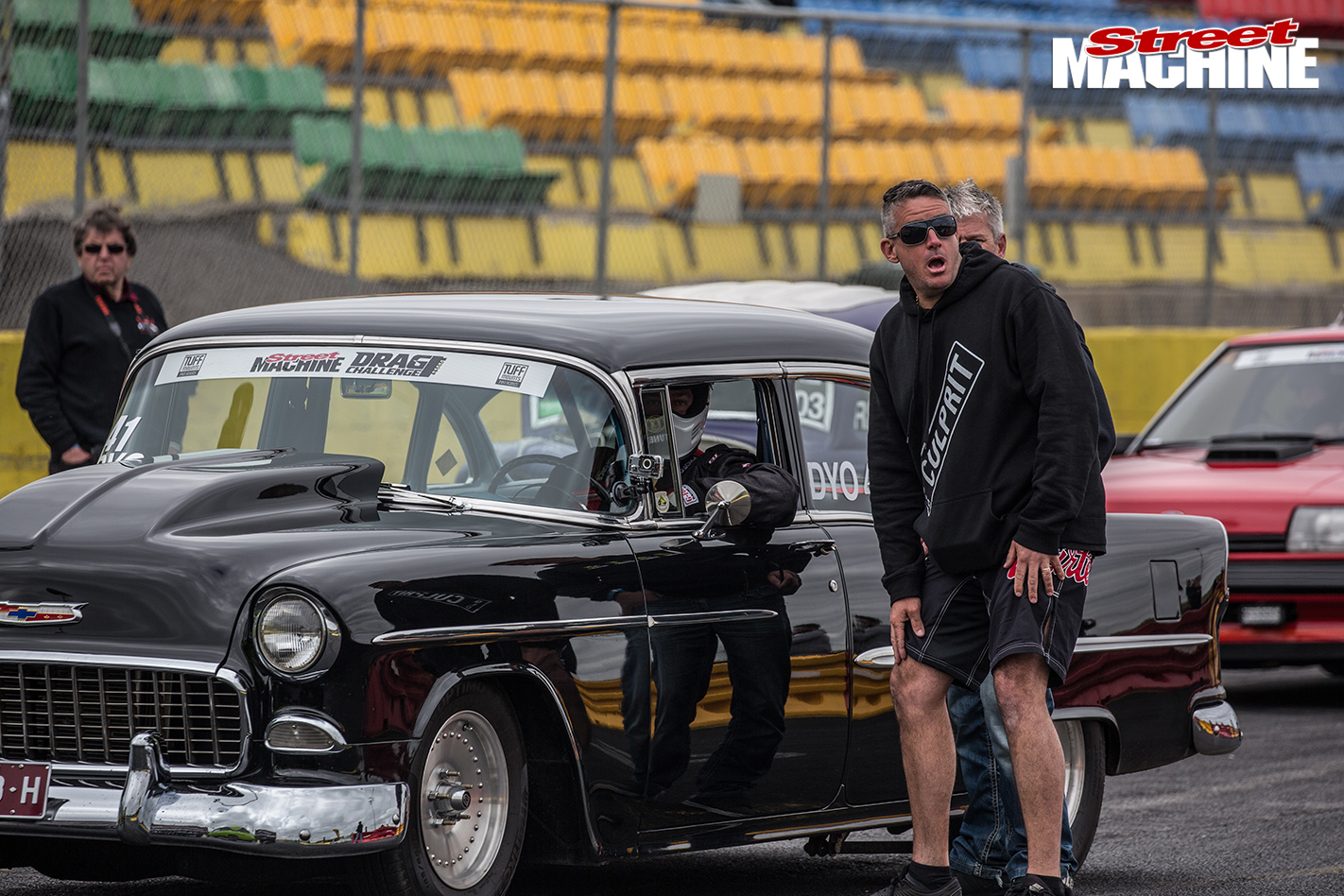 So why Drag Challenge in such a beautiful car? “Well, I raced it up at Heathcote back in 2014 as part of Drag Challenge, and I absolutely loved it. So I started to follow the event and when entries opened for this year’s Challenge, I thought it’d be un-Australian not to have a crack. In fact, when I got the phone call asking me if I’d like to give it a go, I had the forms filled out and the money transferred that night. And here we are.” 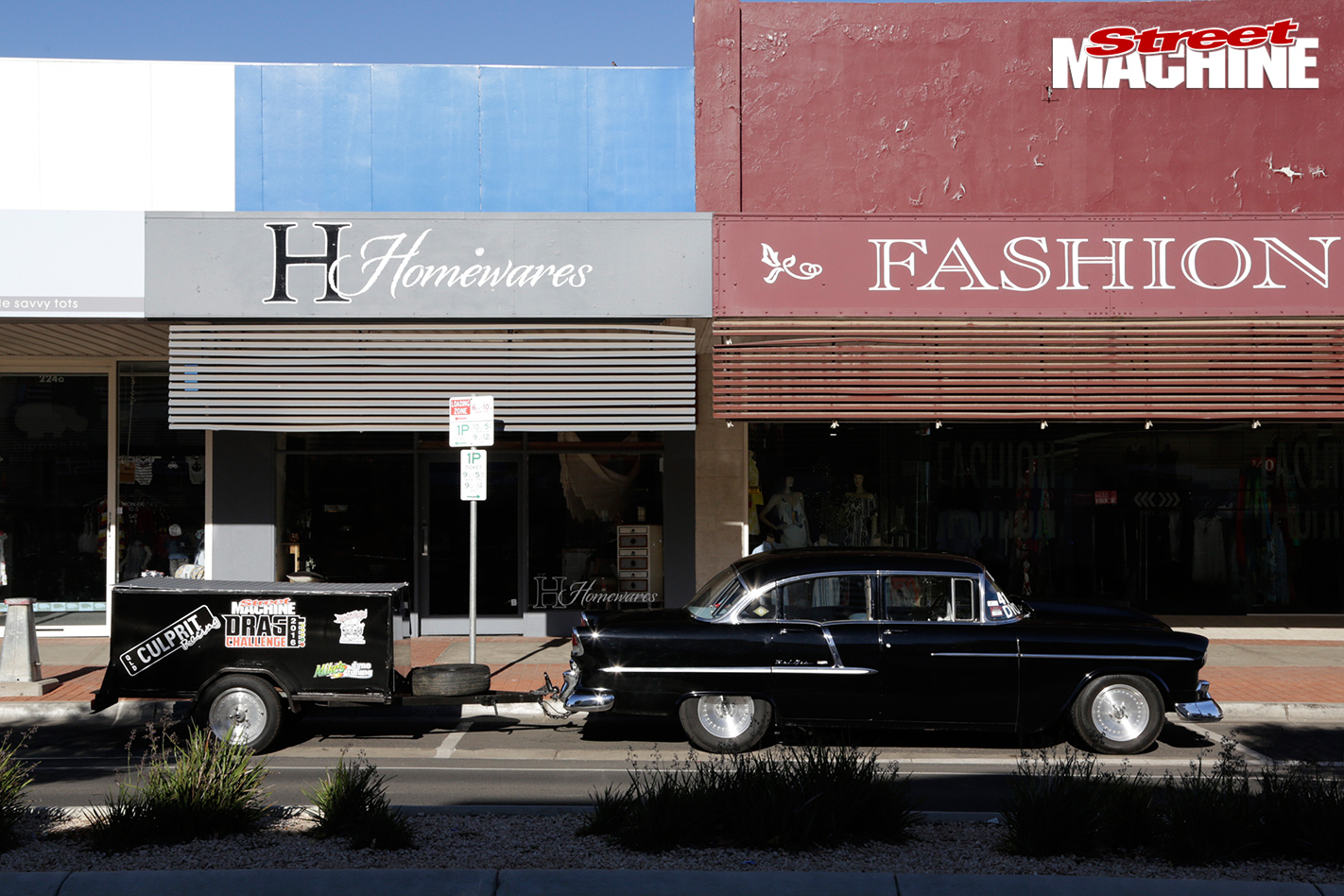 Any special changes for Drag Challenge? “Yeah, I had to make a tow-bar. But that’s it.” 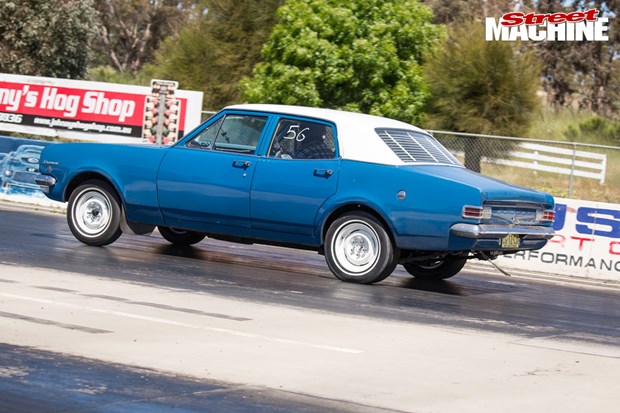 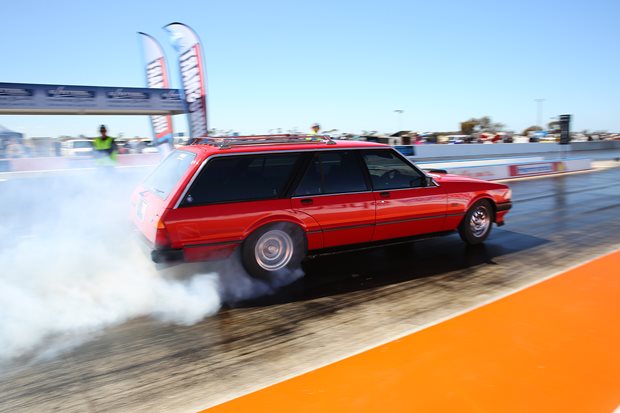 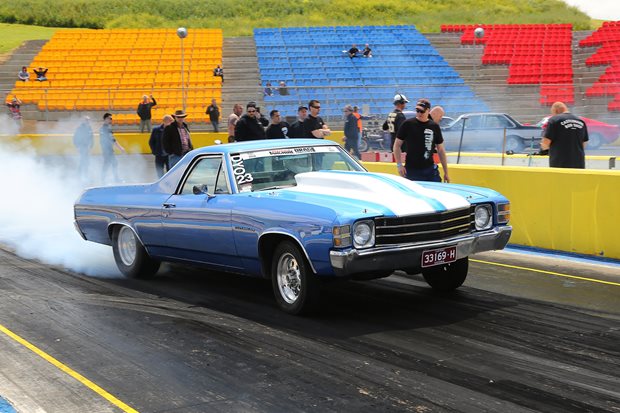 Scott Levy has had plenty thrown at him at Drag Challenge 2016, but he refuses to give up