IT’S no secret that AU Falcons can do incredible things, and Zaaron Titmarsh, with help from his dad Michael, turned this luxo family hauler into a Drag Challenge Weekend runner in only two months!

The Rockhampton pair are Ford men to the core, and this unlikely model choice stemmed from practical – albeit beer-fuelled – decision-making. “I was looking to build an XP, but everything was either knackered or stupid money,” Zaaron says. “So I started looking for something late-model that already had good brakes, diff and suspension, and wouldn’t need to be engineered or mod-plated.” 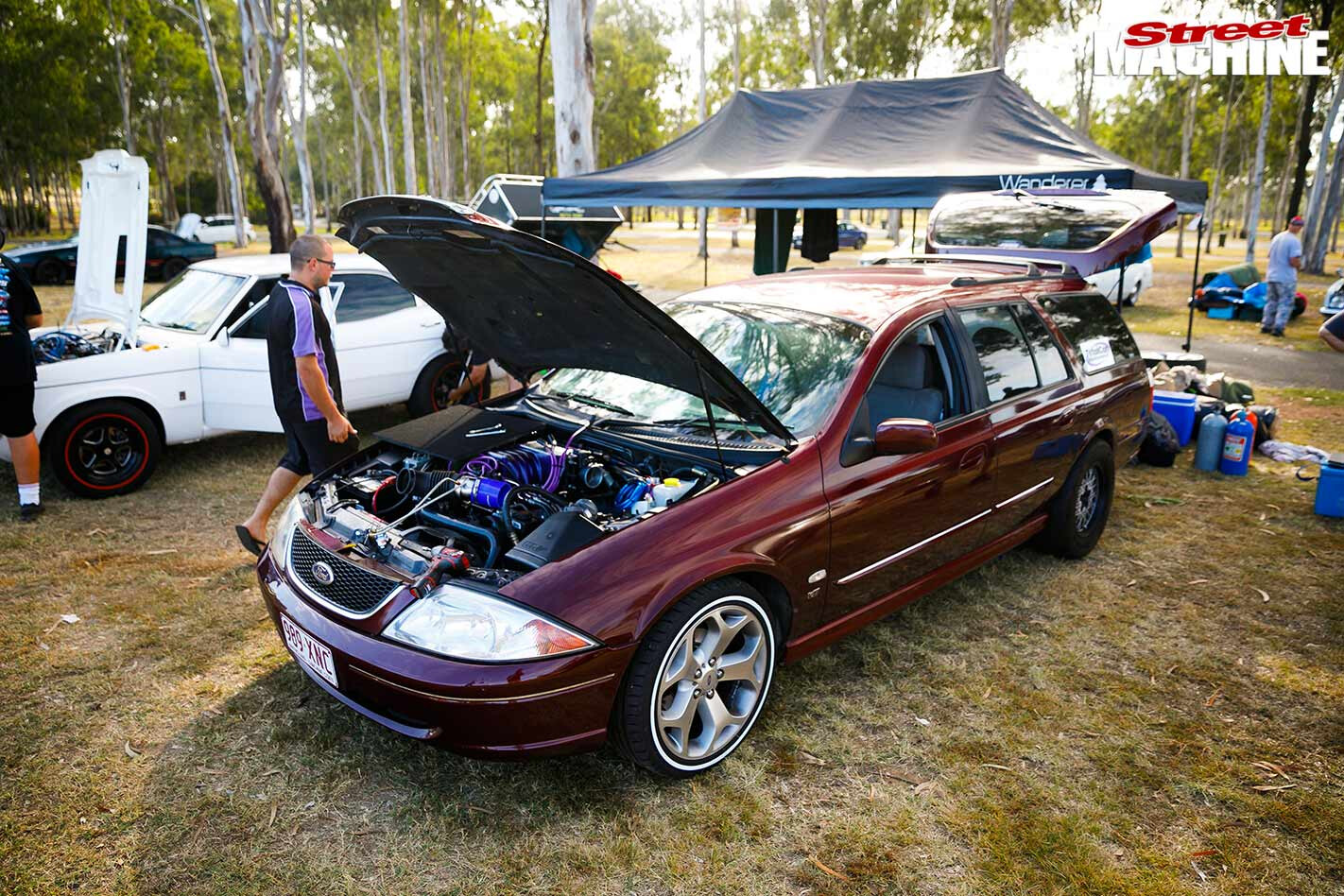 Good thinking, especially when time is of the essence, and with a factory V8 AU wagon soon nestled in the Titmarsh garage, it wasn’t long before its Windsor donk was stripped bare for a DCW freshen-up. In went a 347-cube stroker kit topped by Edelbrock alloy heads, while the factory comb-over intake and throttlebody were retained. A set of 42lb injectors, a bigger fuel pump and remapped Ford ECU were added to make best use of these upgrades and to cater for a small hit of nitrous. “We got it finished the night before we left for Willowbank, so the Friday of Drag Challenge was the wagon’s first-ever pass,” Zaaron says. “I did 35 passes [in the Turbosmart Dial-Your-Own class] over the three days, with a 12.61@108mph best using a 75hp shot. The drive back to Rocky gave me plenty of thinking time, so the 347 is already sold and I’ve bought Dad’s 363 Windsor from his TC Cortina [which competed in the Tuff Mounts Radial Blown class at DCW], which I’ll run with a Victor Jr intake and a 100mm throttlebody. If I can be running low 11s for Drag Challenge later this year I’ll be happy. Most people expect it to be running a Barra and not a Windsor, which mixes it up too. 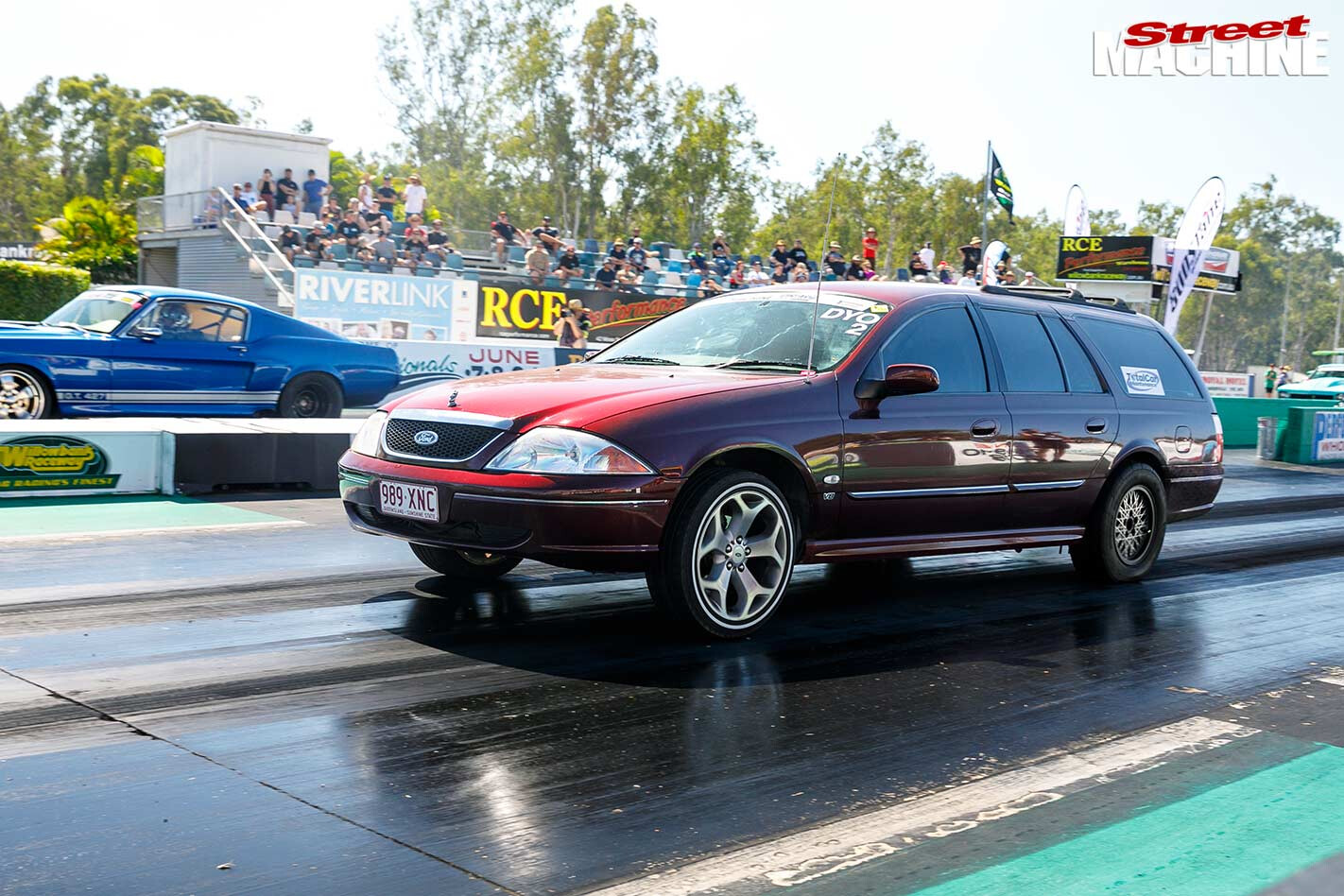 “As for the rest of the car, it’ll stay pretty much as-is. It is an AU Falcon after all!” Zaaron laughs.

“Drag Challenge isn’t just about the cars and racing for us; it’s brought me and Dad closer together too, so it’s a win-win.”