Yep, it really is a factory SS hatchback. But, nope, it aint that way anymore. You get the feeling Grant Pegler doesn’t have a whole lot of time for originality. Neither is he afraid to tray beyond the boundaries of what the Holden faithful might find acceptable. Have a close look at the paint. Is it Salamanca Red? Nope. Is it Flamenco red? No again. It’s actually Monza Red. Yep, a Ford colour. 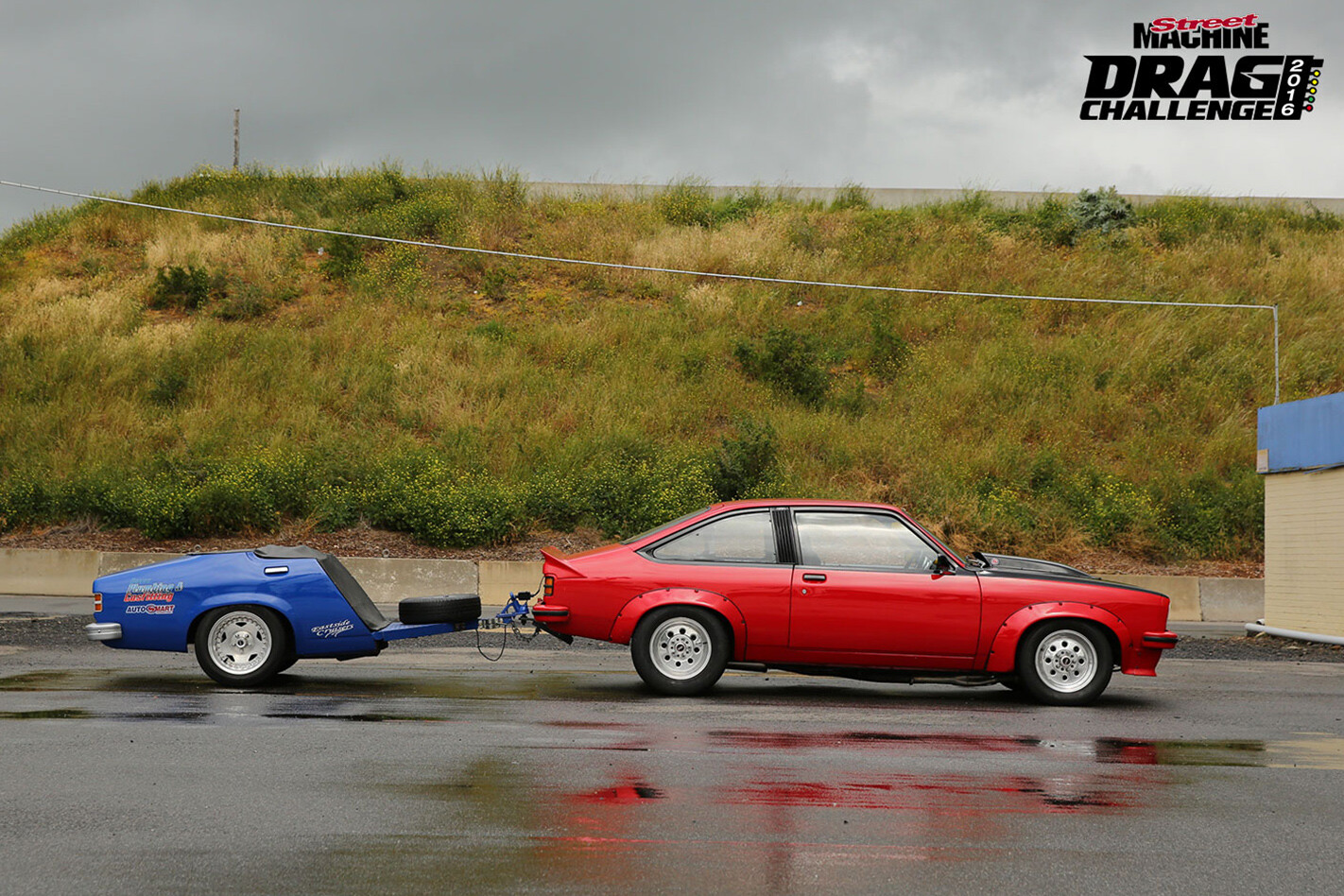 Okay, Grant bought it that colour a few years ago, but he has no problem with it being the `wrong’ colour. “I’m actually a Ford guy,” he admits. “But my brother was into Torana hatches and about ten years ago, I got the bug, too. So when I rang up about it and the guy selling it said it was Monza red, I knew I had to have it. So the original 253 is history, then? “Yep, it’s running a 355 stroker with VN heads, a solid cam and a 750 Holley double-pumper. The gearbox is a TH400 with a 5500rpm converter, but I don’t reckon it’s stalling high enough, so it’ll have to come out to be adjusted. The diff’s a nine-inch with 4.11 gears. The trailer? Yeah, it used to be one half of a Torana sedan and it actually belong to my car club. Usually it has a barbecue in it. But today it’s full of tyres and tools and stuff.” 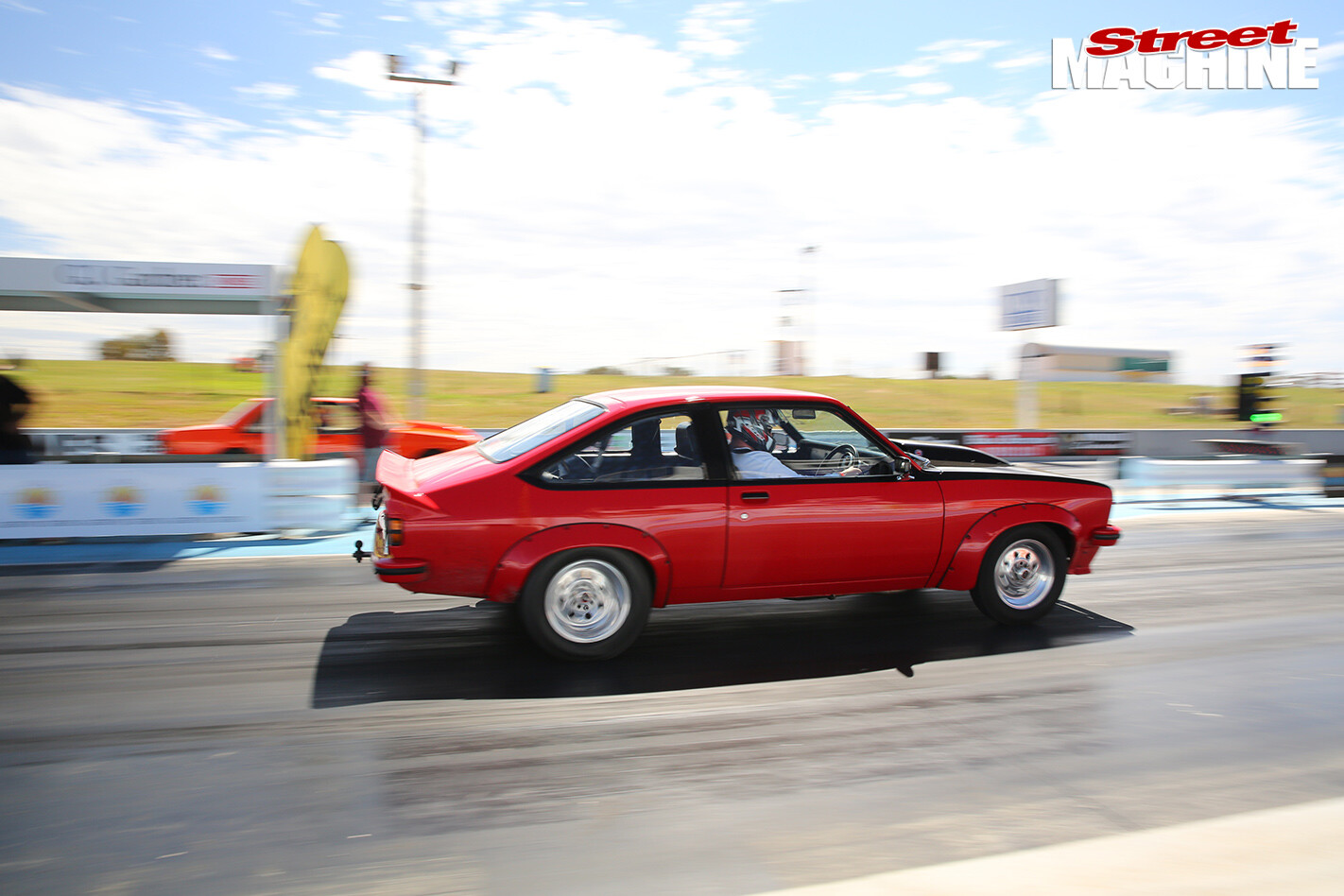 And how big a mind-wreck has the run-up to Drag Challenge been? “Not too bad, really. We’ve spent the last few weeks upgrading everything. I stuck some new gauges in it and a mate has just made a new sheet-metal cover for the hatch floor. I had a piece of wood in there, but this looks much better and it protects the fuel pumps and relays and stuff. But we’re really getting serious tonight…we’re going to fit the stereo. I mean, we’re going on a road trip; you’ve gotta have tunes man. 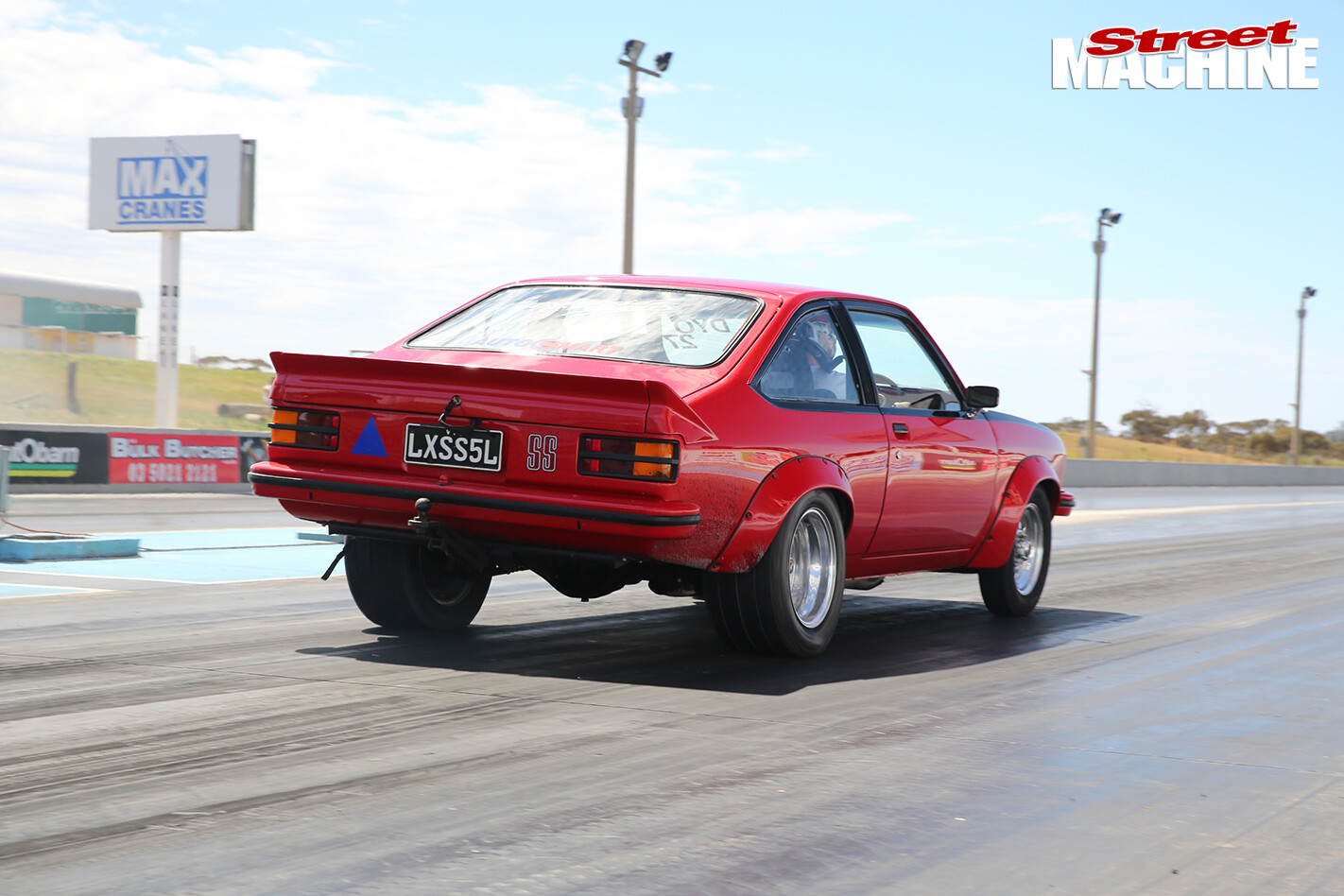 Grant finished Drag Challenge in fifth place in the Tuff Mounts DYO class with a spread of just 0.0192! The old Torana does low elevens pretty consistently and ate up the road miles without any major dramas to report.