AS A drag car, it doesn’t run into the single figures; in fact it’s not even quick enough to get the ANDRA folks all dad-and-mum and ask for a rollcage to be installed. But with a total build cost of not much more than 10 big ones, Titmarsh’s AU Fairmont station wagon would surely be in the running for the ‘Best Value Drag Challenge Fun Car’ award! “I built it expressly for Drag Challenge,” the North Queenslander explained as he lined up in the lanes on Day Three at Mildura. “I wanted something that wasn’t too expensive, is easy to work on, can be made to hook up and go hard and can easily cruise between the tracks.”

For Zaaron, Ford’s much-unloved AU Fairmont wagon fitted the brief perfectly. Look beneath the droopy styling and the sub-structure and rear suspension have the same toughness and layout as any other classic 60s and 70s Falcon. The leaf springs are easy to set up with dampers and CalTracs for great hook-up. 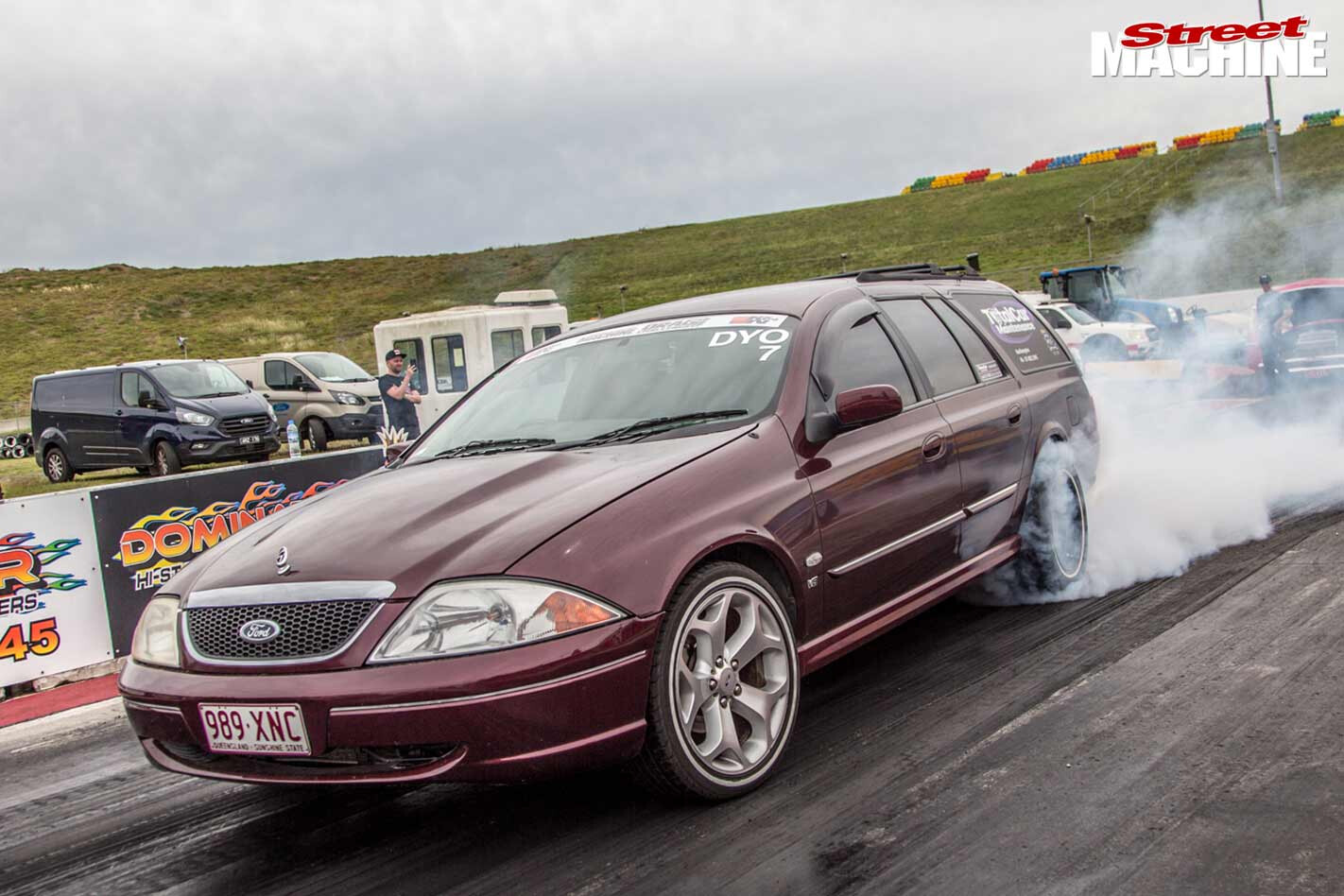 Up front, the AU’s engine bay is around the same size as an earlier Falcon, but a V8 is a drop-in fit, as is just about any trans under the tunnel, and the factory diff isn’t too piss-poor when presented with power.

The cabin is commodious and comfy: tools and race tyres can be loaded in the rear, the seats don’t numb bums over long distances and there’s factory air-con.

It all makes sense!

Zaaron’s AU is powered by a Ford Windsor V8. Based on a Dart 5.0-litre short-deck block, it’s a little over in the bore, so with a 347 stroker crank the capacity sits at 363 cubes. The heads are Edelbrock Victor Jr – as is the single-plane intake – and Zaaron spins it to 6500rpm.

Behind the engine is a built Ford C4 manualised three-speed auto. The BTR/Dana-type rear end has had a set of $300 3.7:1 cogs installed, while some CalTracs help the Mickey T 235/60 ET Streets and the otherwise absolutely standard arse-end get the grunt to the ground.

These late 1990s AU Falcons were, of course, injected, and it was Zaarons’s intention to retain the Ford EEC-V-type management system for cost, convenience and control. However, continuing hassles with the tuning of the factory V8 Fairmont’s little silver box forced him to step back to a carby, a 750cfm AED. In the absence of a management system, he’s fitted an MSD ignition. As good as the old-school tech is, that’s not what Zaaron wants, so he plans to fit a proper aftermarket box to make the squirters work and the sparks fly. 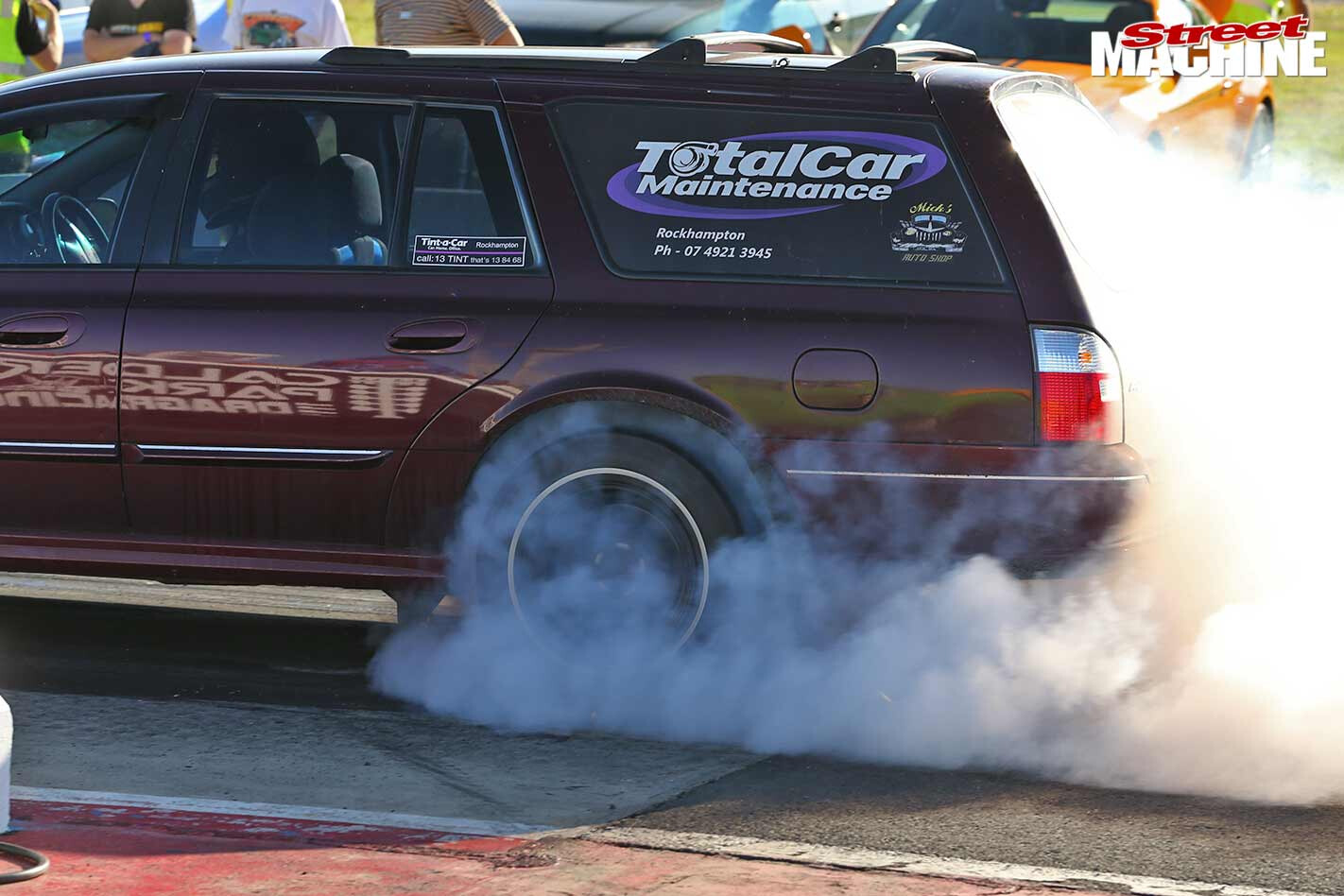 Zaaron has owned the car 18 months and it was purpose-built for Drag Challenge by him and his dad Michael in the shed at home. Top marks!